We highly rate all the Canary Islands as offering something quite different when it comes to walking routes. But we’d be lying if we didn’t admit to having favourites. From the first time we visited La Palma in 2004 we were hooked. It was spring and the island’s verdant slopes brimmed with wild flowers, adding colour to the cheeks of an already renowned beauty – this is La Isla Bonita after all. 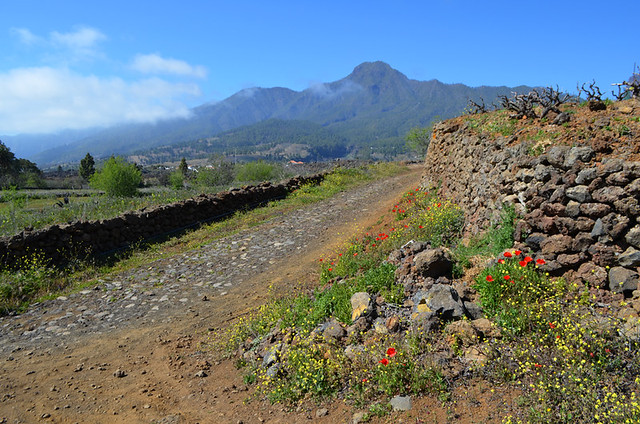 Although not a big island, La Palma has more in common with Tenerife and Gran Canaria historically than the other smaller, or less populated islands. What this means is as well as having a wild natural beauty, it is also rather sophisticated, with a heritage dating back to the time when the Canary Islands lay at the bustling crossroads between the Old and the New Worlds. That colourful past has left its influence on walking routes as well as in the island’s traditional towns, adding a different aspect to exploring La Palma on foot.

There are numerous factors why we particularly relish the opportunity to hike on La Isla Bonita. But to keep this shorter than it could be, here are ’10 reasons we enjoy walking on La Palma’. 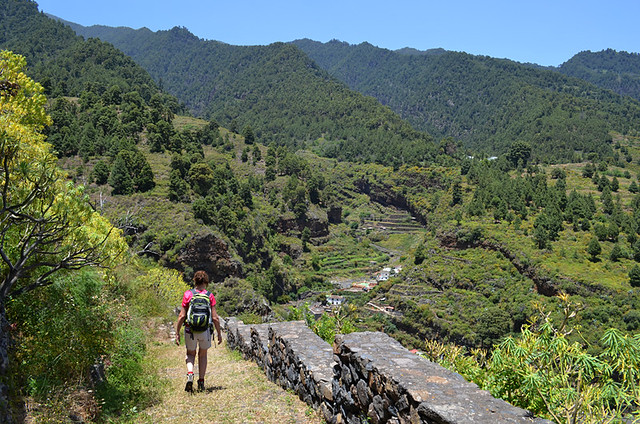 La Palma is gloriously green. Not all of it, obviously. Like the other Canaries it’s a volcanic island and, also like other islands, there are southern parts where the land is parched and barren. Although eye-catching in their own right, the arid volcanic slopes aren’t what leaves the lasting impression, not if you explore La Palma thoroughly. I think of La Palma and I visualise emerald slopes, thick forests, palm trees, banana plantations – a verdant world. Even in August, when other islands aren’t at their visual best, looking ready to expire from a lack of water, huge parts of La Palma can remain as perkily green as freshly cut grass. 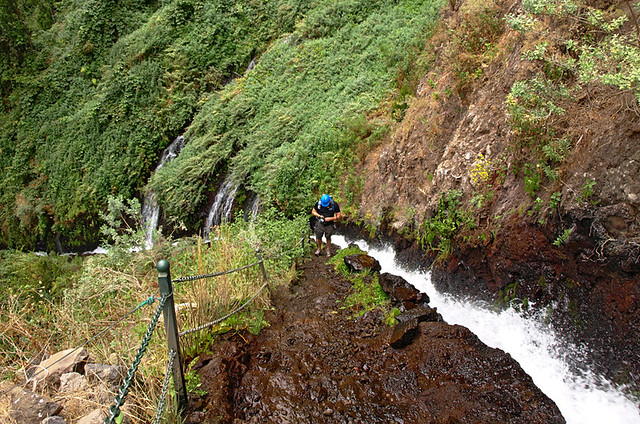 One of the reasons for its perennial prettiness is La Palma is the most water rich of Canary Islands, something which adds a completely different facet to walking. A few years back, when a drought had left reservoirs in all other islands at a fraction of their capacity, we climbed steps cut into the earth which were damp and slippy because of torrents of water cascading down the rock face at our side. Negotiating pitch black tunnels on the Marcos y Cordero route, La Palma’s version of Madeira’s Levadas, involved ducking through watery curtains which drenched us. Topping all of this, La Caldera de Taburiente boasts a Canarian rarity, a river. Water might not create wide-eyed wonder in walkers from northern Europe, but when you spend a lot of time hiking on the Canary Islands you learn to react to it like the sparkling treasure it is. Sin agua no hay vida. 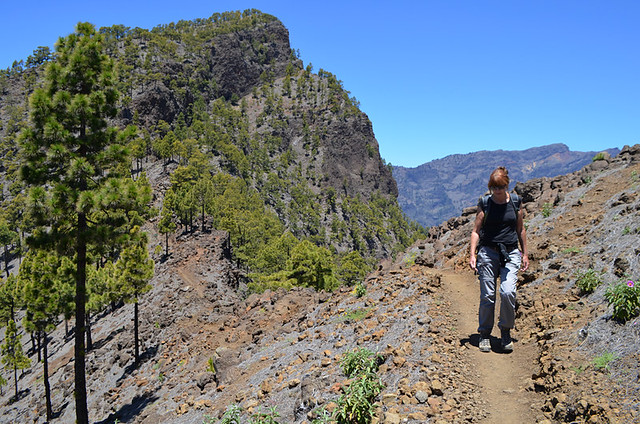 One of the other traits that La Palma has in common with Tenerife and Gran Canaria is the sheer diversity of terrain on offer in what is ostensibly a small geographic area. You can walk on volcanoes one day and through dense forest the next; explore deep, dark ravines or stand on exposed ridges with huge swathes of the island at your feet. Circumnavigate La Palma and you quickly discover it’s a shape-shifter of an island, revealing more changes of costume than a diva songstress. 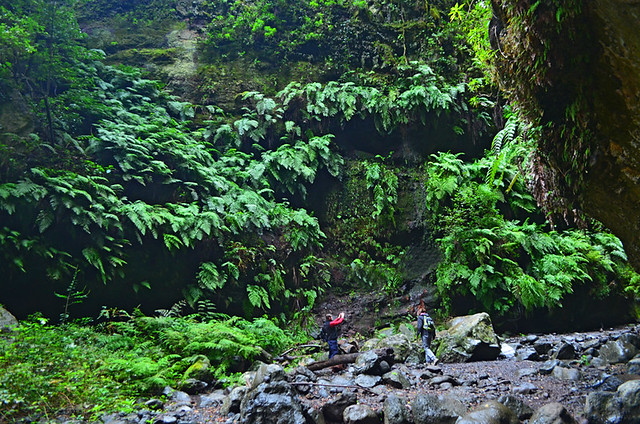 For many years La Palma was somewhat of a forgotten isle, along with tiny El Hierro. A lack of beaches tends to keep it off the mass tourism radar, whilst La Gomera grabs all the accolades as a ‘hiker’s paradise’. Recently I saw it referred to as one of the more touristy islands, possibly the author of the piece confusing La Palma and Las Palmas de Gran Canaria; something which can even happen amongst Canarios. That’s because Canarios drop the final ‘s’ in a word so both places are pronounced ‘La Palmah’, leading to all sorts of confusion. The upshot of all this is, apart from on the most famous walking routes, you don’t tend to find a lot of people on most of the island’s walking trails. Researching routes for two Inntravel holidays over four separate visits in 2016 we didn’t encounter many other walkers at all. 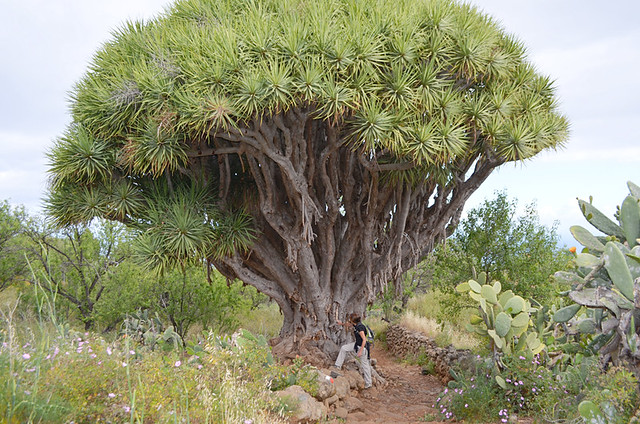 La Palma is possibly the Canary Island which throws up the most surprises on its walking routes, sometimes nature is responsible (Los Tilos Biosphere Reserve, Fuencaliente, La Caldera de Taburiente, the drago tree forest near Las Tricias) at other times it’s because of human intervention (the row of old mills outside Santa Cruz, ancient engravings at La Zarza, the salt pans at Fuencaliente, Bond villain-esque observatories at Roque de los Muchachos). One of the reasons we adore walking routes on La Palma is so many are jam-packed with unusual ingredients as well as the obligatory and sensational, subtropical scenery. 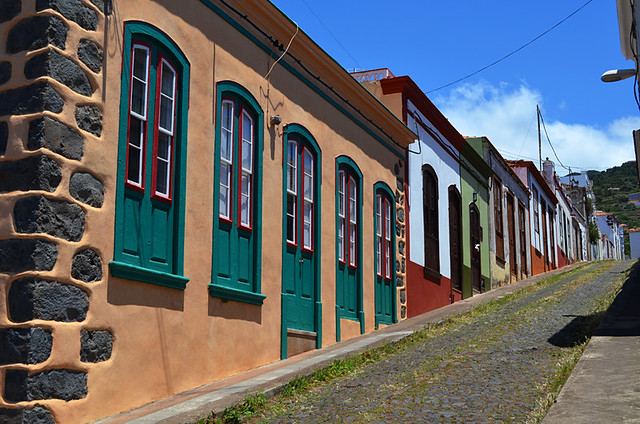 From the colonial streets and flower-filled balconies of Santa Cruz de la Palma and the quaint old quarter of the ‘secret’ capital Los Llanos de Aridane to the steep lanes of Santo Domingo, La Palma’s historic centres make for suitably colourful and interesting bases. I say colourful as over the last decade or so islanders have been encouraged to embrace the old tradition of painting the facades of their houses in a range of pastel colours. César Manrique’s legacy on Lanzarote may have resulted in a North African whiteness to buildings on the easterly island, but old cottages in the western islands were historically boldly multicoloured. Strolling the atmospheric streets of La Palma’s old towns offers another variation on interesting walking routes. 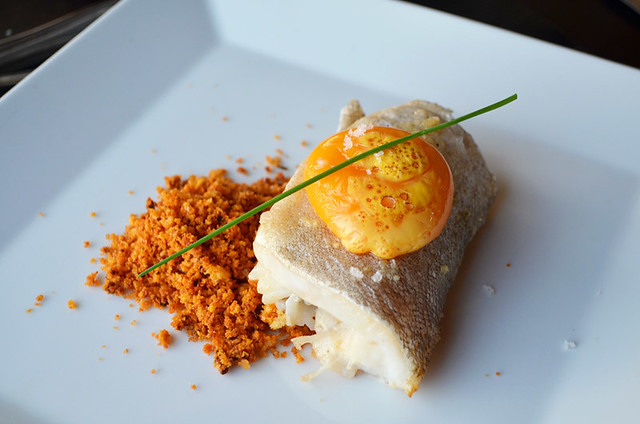 There’s been a gastronomic renaissance on La Palma in recent years. It was always good for small scale, family-run bodegas, or for trying locally produced rum. However, the restaurant scene has come on in leaps and bounds of late with a great selection of lovely looking restaurants located in old buildings which ooze character. We like to be wowed as much by the food we eat at the end of the day as by the views we’ve enjoyed on walking routes during it and La Palma has kept us satisfied on both counts during recent visits. Culinary highlights have included some of the most tender octopus we’ve eaten (Don Escaldón in Los Llanos), blue cheese croquettes in a white chocolate sauce in Santa Cruz de la Palma, and a sophisticated salt cod dish at sunset in Fuencaliente. 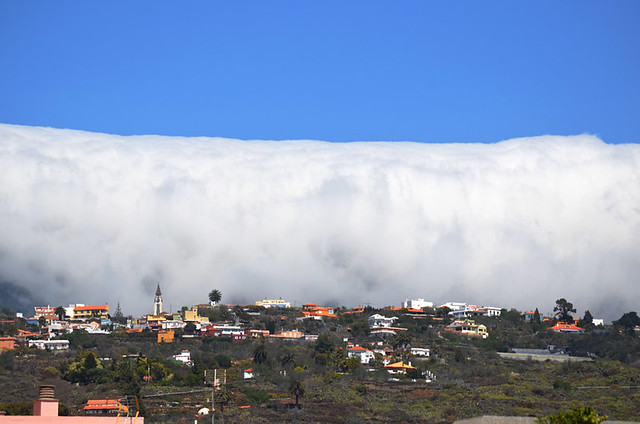 In years of walking on the Canary Islands a thrill which has never lost its propensity to leave me open-jawed is to stand on the edge of a sea of clouds. It’s not only La Palma where you can experience this, but La Isla Bonita does the mar de nubes oh so well, and with a few original tweaks. At places like Roque de los Muchachos and Pico de la Nieve you get the classic version. But it’s the incredible cloud tsunami spilling over the island’s ridge and into the Aridane Valley which sets La Palma apart from others. 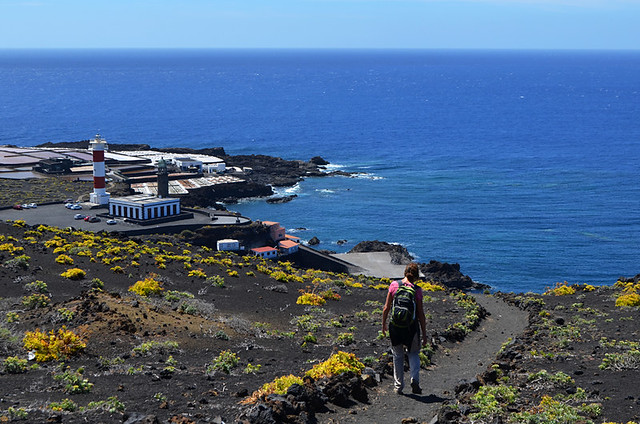 Being a fan of green scenes, barren volcanic landscapes don’t generally constitute my favourite walking terrain. That’s possibly because I’ve been spoiled by the surreal and stunning volcanic wonderland of Teide National Park, a place which can make all other volcano ravaged lands seem on the plain side. What La Palma can offer that mighty Mount Teide can’t is the chance to walk on a ragged, rugged land which is younger than you are… that is if you were born before 1971 when Tenerguia erupted and added to La Palma’s coastline. 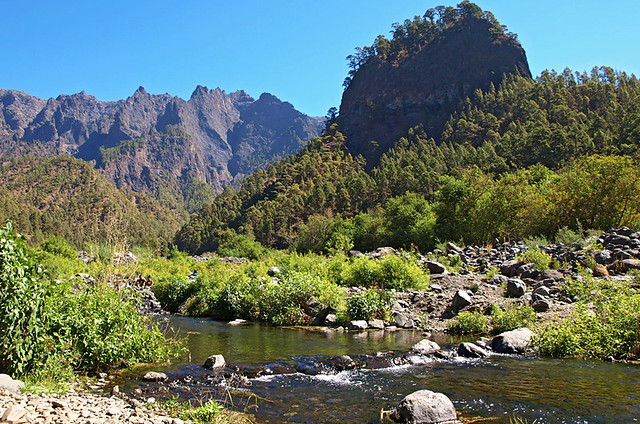 La Caldera de Taburiente deserves a category all to itself. This gorgeous enclosed cauldron, the result of an enormous landslide, is a must for visiting walkers. It’s a route which includes forest walking, challenging ascents and descents, river crossings, a kaleidoscope of changing scenes, and a multicoloured waterfall. Unsurprisingly it gets busy with walkers, campers and locals who simply want to enjoy its dramatic embrace. But I don’t know anyone who has walked it who wasn’t blown away by the experience. It is simply one of the classic walking routes of the Canary Islands.

Walking on La Palma – the downside 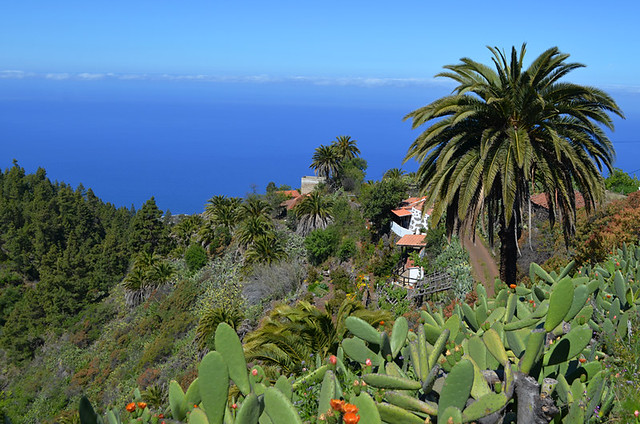 There are not enough good rural hotels. Working with UK specialists Inntravel to create a new Slow Travel holiday on La Palma in 2016 we had to concede defeat in one particularly beautiful part of the island because there simply wasn’t good enough accommodation available. Everyone is aware of the issue and there are plans afoot which should help improve the situation in the future. For now La Palma lags behind the likes of Tenerife, Gran Canaria and La Gomera when it comes to rural hotels with character.