There are times when I feel like I’m swimming underwater to escape a flooded room and if I just hold my breath and keep swimming, I’ll resurface on the other side.

Arriving in Portugal has been one of those times.

Maybe it’s because you can’t ever reproduce that feeling of stepping off the edge of the world and into the unknown. Maybe it’s because change has been the only constant in our lives for the past six years. Or maybe it’s because we haven’t severed ties with Tenerife. For whatever reason, we’ve now been in Portugal for six weeks and I’m still holding my breath. 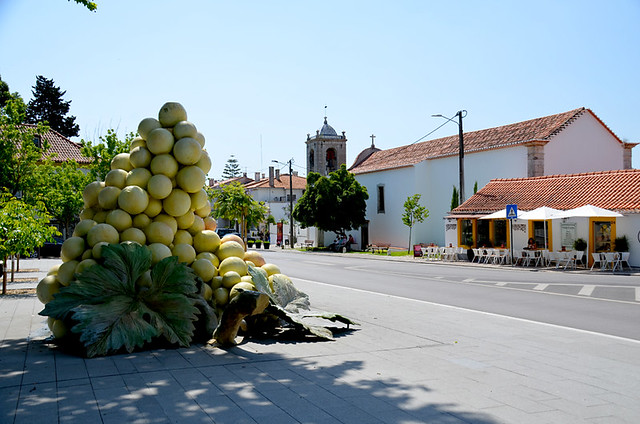 I remember the almost unbearable extremes of emotions when Jack and I packed all our wordly goods into a container and headed to the Canary Islands. From near-hysteria levels of excitement to seriously contemplating cancelling the whole thing the night before because I couldn’t bear to leave the cat or my little sister, probably in that order. It hasn’t been anything like that this time. Although we’ve sold our house and shipped our belongings, we still have our business based on Tenerife, our walking and driving routes to maintain, and our roles as Canary Islands experts to keep at the forefront of developments, so we’ll be going back on a semi regular basis.

Plus, we haven’t really entirely landed yet… 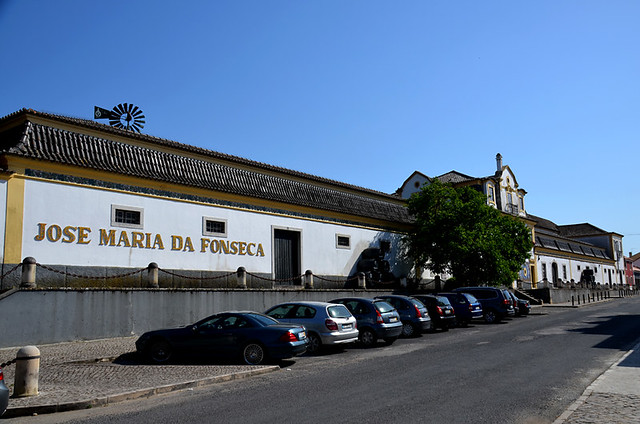 We’ve known for some time that we wanted to spread our wings beyond the Canary Islands. As enchanting as they are, and each one different from the others, we have long yearned to know other places as well as we know them, to really get under the skin of somewhere new, taste its flavours, uncover its secrets and tread its varied landscapes. Working a great deal in Europe over the past few years has opened our eyes to the endless possibilities our ‘home’ continent provides. When we were younger we were drawn by the exoticism of the Far East, the thrill of the unfamiliar, always looking to try to rekindle the culture shock of our honeymoon in Sri Lanka. But familiarity breeds, if not contempt, at least indifference, and after living in the Canary Islands for 13 years, the exotic has become the norm. Palm trees and oppressive heat are no longer the lure they once were. The beach has become somewhere we go when we have visitors, and lying in the sun is just the thing we keep promising ourselves we’ll do one Sunday afternoon but somehow, never get round to it.

So, with all the precision of closed eyes and a pin in the map, we decided that Portugal would be a good place to begin our Slow exploration of Europe, right on its westerly extremity. 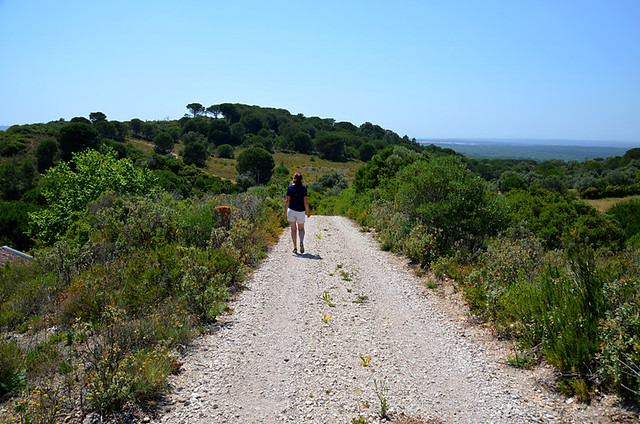 Having made the decision that we no longer wished to be burdened with home ownership, we registered with several Setúbal estate agents back in March when we knew this move would be going ahead. We then booked a small holiday home for our first two weeks and planned to find ourselves a long term rental in that time.

The owner of our holiday rental, Barbara, suggested we meet up in the car park of the local Pingo Doce supermarket in Azeitão as the house is somewhat difficult to find the first time. As we drive behind her, through the village, we remember why we said we wanted to base ourselves here. The pavement tables and chairs of half a dozen restaurants, cafés and bars are dotted along the main street opposite the cobbled praça which is festooned in readiness for a gastronomic festival. The road narrows as we drive past the entrance to the Lavadouros with its beautiful blue tiles which are still produced by hand in the village, on past the impressive, 19th century winery of José Maria Da Fonseca and the fountain from which it’s said that if you drink the water, you’ll be permanently attached to the place.

Just beyond the village we turn left up a small lane which quickly runs out of tarmac, becoming stony and pot-holed. Our little Fiat Punto is already exhausted from her drive up from the south and, burdened with a motley collection of our belongings, I worry that her tyres won’t hold out against this rocky onslaught. On and on we drive, the lane becoming ever narrower and ever more rocky until we arrive at locked gates and Barbara gets out to unlock and open them. We breathe a sigh of relief, at last we’ve arrived. But after we’ve driven through the gates and Barbara has closed and re-locked them, we drive on, down a dip, round a steep curve, over two metal channels, coming to an abrupt halt at a small cobbled crossroads. 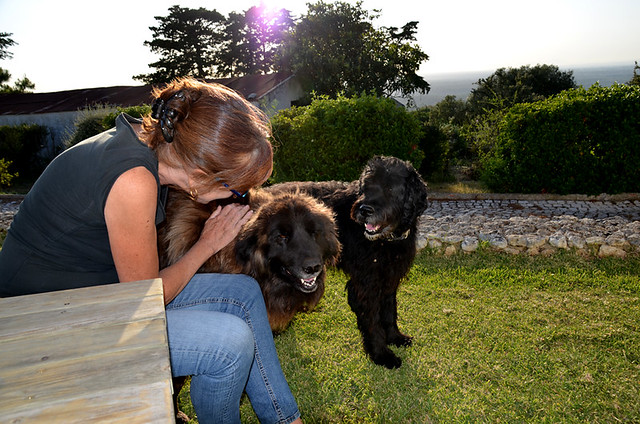 “This is it!” Barbara smiles, opening the car door for me. “I hope you don’t mind dogs.”
Before I have time to reply, two of the biggest dogs I’ve seen in a long while arrive on the scene, both of them as tall as my waist. One has a coarse, black, curly coat and is immediately curious, pushing his nose into my hands and investigating the car contents. The other has a coat and a snout like a bear and a lovely, smily face. She’s more shy and hangs back a little.
“This is Caracol and Cookie,” says Barbara.
Introductions over, we walk down some cobbled steps and through a tiny doorway where I have to duck to avoid acquiring a headache. 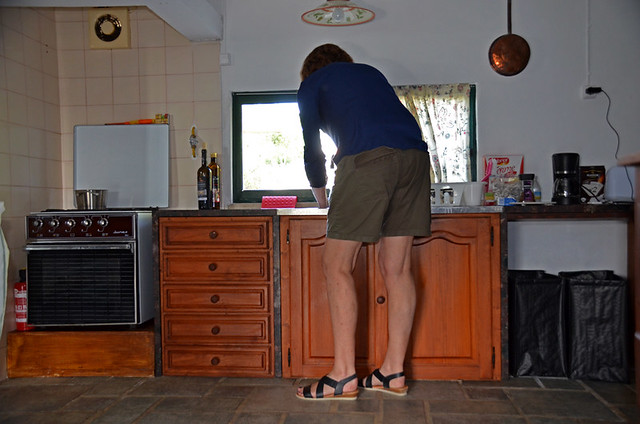 The house is part of what looks like it might formerly have been workers’ cottages. Beyond the tiny doorway is a kitchen dining room with a tiny sink and a cooker tucked into a corner whose ceiling is so low I have to bend almost double to stand at it. Beyond the big dining table is a living room with an extraordinarily high ceiling and a window which looks out over the Arrábida National Park to the Tagus estuary and beyond it, shimmering in the heat haze on the horizon, Lisbon. Off the other corner of the dining room is a bedroom with a large bed that takes up most of the space and a window that looks out over the quinta outbuildings and onto the same view as the living room. There’s an inner porch which houses a washing machine and garden furniture and outside, on the small lawn below the bedroom window, a wooden garden bench and table.

The whole place is charming and we’re immediately smitten. 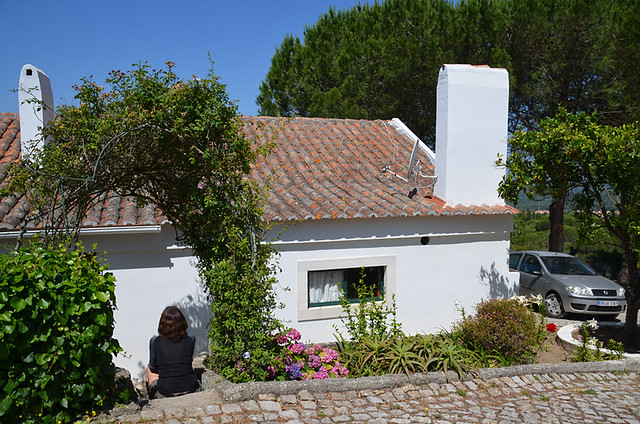 Over the next two weeks we spend our mornings working at the large table in the dining room, popping outside to enjoy our morning coffee in the sunshine. Every morning Caracol pops his nose through the door to say hello before flopping onto the tiles in the porch and snoozing the rest of the morning away. Each afternoon we visit estate agents in the immediate vicinity, registering our interest in the area and picking out properties to view. At the end of the working day we head to the wooden bench with a beer and gaze at the view across the river, Caracol and Cookie playing on the lawn beside us. In the evenings we cook, or amble down to the village to try another restaurant. One Saturday we walk down to the gastronomic fair in the village and spend the day trying local cheeses, meats and desserts as well as sampling the wines that are produced locally. 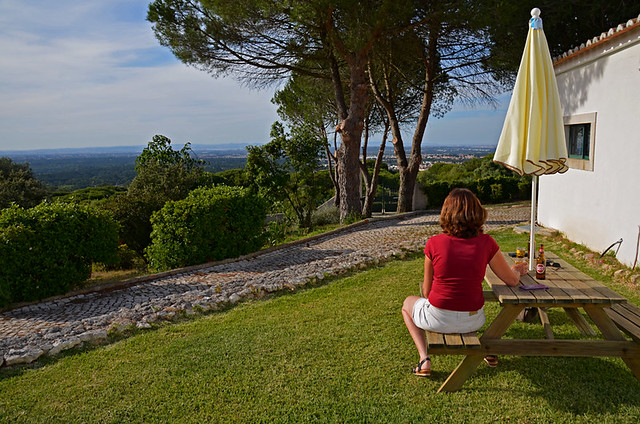 It’s an idyllic start to our new lives. But it’s transient, and soon over.

In those two weeks, not one estate agent has managed to come up with a single property for us to view and now we’re heading 250km eastwards to the São Mamede National Park on the border with Spain. We can’t just pop back to view a house, it’s a full day’s outing for us.

We load up the car, say goodbye to our hobbit home and our genial hosts, hug Caracol and Cookie, and once more take to the road. And I’m still holding my breath.

You can rent this lovely little house through Airbnb