It is ironic a country considered as having one of the healthiest cuisines in Europe is responsible for Scotland’s reputation as having an artery-hardening one.

Italian immigrants introduced fish and chips to working class Scots in the late 19th century. Arguably they’re to blame them for the ‘lovers of anything deep-fried’ tag that dominates many discussions about Scottish food. Although there’s no denying you don’t have to look too hard to find deep-fried fare in parts (it was many years before I actually tried a pizza which hadn’t been deep-fried) it’s a one dimensional view of a nation’s gastronomy. 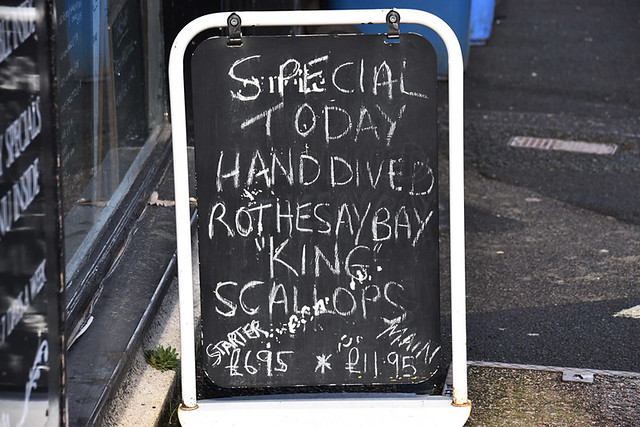 Scotland is a country blessed with a natural larder overflowing with the sort of produce which should have gourmets slevering at the mouth. On a mini tour of Scotland we enjoyed as good and varied food as we’ve eaten in many a European country, notching up an eclectic cast of Scottish classic dishes and ingredients along the way, with not a deep-fried Mars Bar in sight. 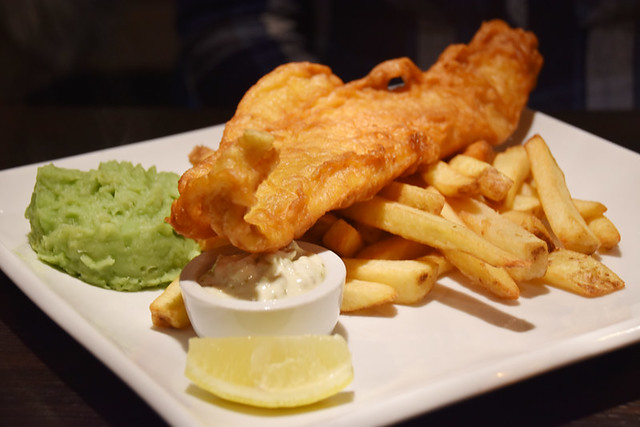 You can’t go to Scotland and not eat fish and chips, it’s just such an addictively tasty combination – a fish dish loved even by folk who don’t like fish. The menu at cosy Harry Haw’s on the High Street in Rothesay ranges from local mussels in a smoked bacon and leek stew to haggis stuffed chicken, with a few vegetarian options. Crispy, battered fish with chunky chips and an Isle of Arran craft beer on a fresh September night was just the ticket to get the tastebuds into shape for a fortnight of working our way through our Scottish culinary tick list. 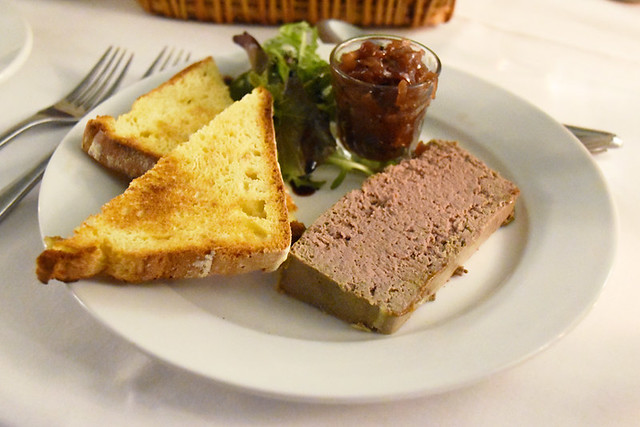 There were plenty of tempting offerings on the bijou yet imaginatively diverse menu at the Trigony House Hotel near Thornhill, but the second I spot venison on offer I might as well stop reading. That wasn’t so easy in this case as it was one of those menus where I’d have been happy to try anything from it. Smooth creamy venison parfait was served with red onion marmalade and brioche toast, the latter being somewhat of a revelation – the slightly sweet toast contrasting nicely with smooth gamey pâté. Each dish on the menu came with a recommended wine pairing which added variety and introduced us to wines we were unfamiliar with. Super food in a wonderfully friendly rural hotel. 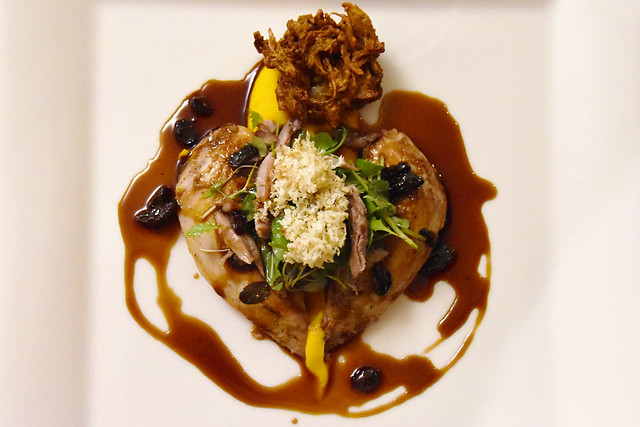 Ian McAndrew, owner/chef at the Blackaddie Hotel in Sanquhar, was the youngest British chef to be awarded a Michelin star (1981) and in 2016 was named Scotland’s Chef of the Year – so you could say we were especially looking forward to dining at the Blackaddie. I could pick anything from the menu to illustrate another example of the best of Scottish cuisine. However, I’m singling out roast partridge breasts with carrot puree, onion bhaji, raisin jus, cob nuts, and salad of partridge leg confit. There was something distinctively Scottish about its presentation; it conjured up heather clad hills where small birds with plump breasts and skinny legs ran about in anarchic zig-zags. Divinity on a plate. 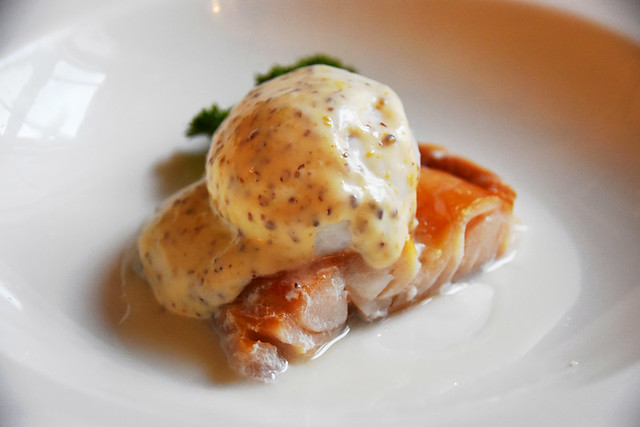 Another mention for the food at the Blackaddie, this time from a breakfast menu which had so many local goodies on it I was in a cold sweat trying to make a decision about what appealed most before the time came to place my order. In the end, peat smoked haddock topped with a poached egg from a local farm won out… and was sensational – light, smokey, creamy, delicious. 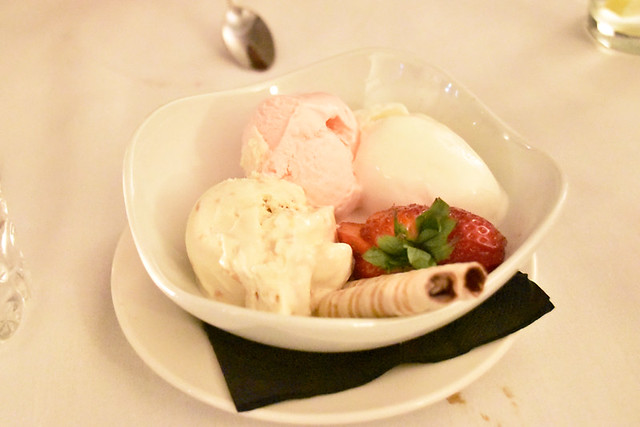 I made a huge, huge mistake at the Crianlarich Hotel not far from the head of Loch Lomond. When asked whether I wanted three balls of the same flavour of ice cream or a mixed selection, I opted for the mixed selection. It wasn’t that there was anything wrong with the vanilla or strawberry balls, it was just that the tablet ice cream from Arran was orgasmic. Anyone who’s tried tablet knows it’s the heroin of the sweetie world. Tablet ice cream gives you the sinful flavour but without quite such a pure sugar hit. 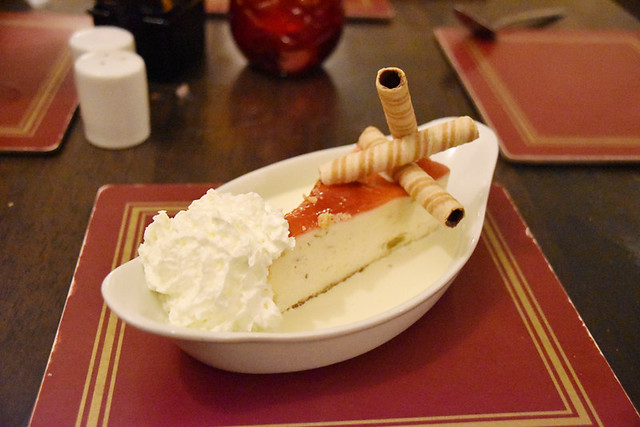 I’ve included the Rod and Reel restaurant in Crianlarich not because the food was particularly good, it was standard pub fare. But one dessert invoked memories of my childhood and dipping stalks of rhubarb from my gran’s garden into bowls of sugar. When I asked for the rhubarb cheesecake at the bar (no such thing as table service here) the waitress actually screwed up her nose at my choice; however, I persevered. It was decent enough, although not with as much of a rhubarb flavour as I’d have liked. 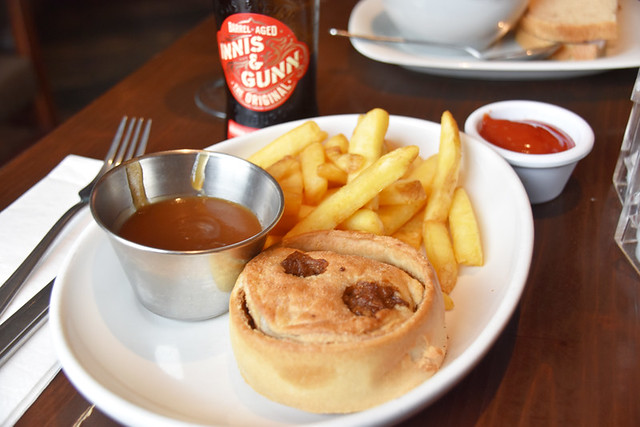 In truth we should have grabbed a tray of mussels from the shellfish kiosk on Oban’s harbour. As it was a bit of a driech day we opted for the warming embrace of Cuan Mor, a bar/restaurant with attractive slate and wood décor and a menu which is a cut above average pub grub fare (dishes included venison lasagne and Cuan falafel and spinach burger). I fancied a Scotch pie with a difference – it was filled with steak mince and haggis and came with thick chips and equally thick gravy. Along with a bottle of barrel aged Innis & Gunn Scotch ale it was the perfect antidote for a cool afternoon. 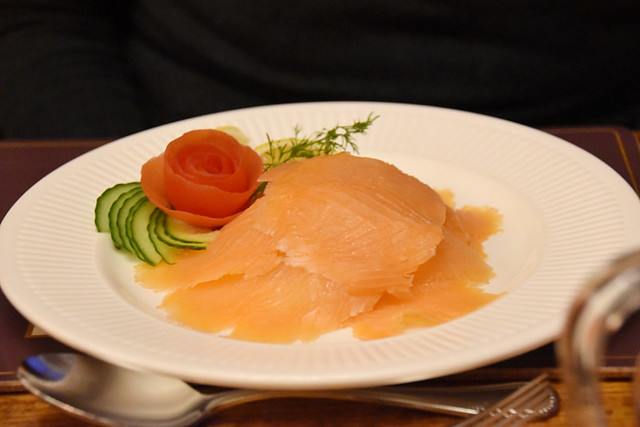 We eat smoked salmon a lot, but none which tastes like the Loch Creran salmon at the Knipoch Hotel on the banks of Loch Feochan. Here they have their own way of preparing it; marinating the salmon in juniper, rowan, herbs, and whisky before smoking it over oak for three days. When you taste smoked salmon prepared this way it makes you realise just how bland the supermarket variety actually is. 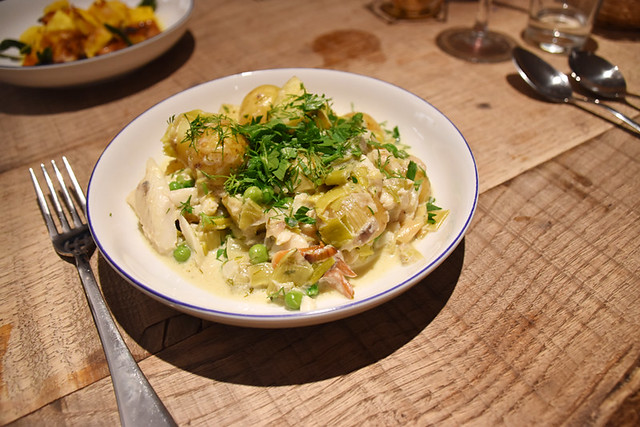 I’m ashamed to admit it but until this visit to Scotland I’d never eaten cullen skink, a warming soup consisting of smoked haddock, potatoes and onion. More fool me, it’s a cracking dish which is full of smokey flavours. I ate it twice during our travels; once as a starter and then as a savoury and filling main course at Hame on Sky, a hotel which truly lives up to its name; hame means home for anyone unfamiliar with Scots vernacular. 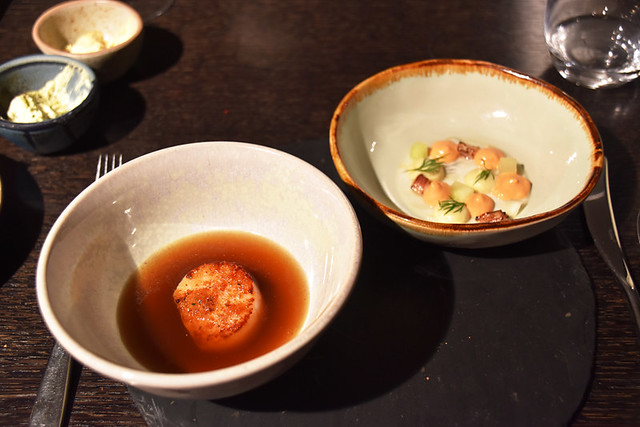 When Tom, an amiable all rounder and dream member of staff who worked at Hame on Skye, told us about the nearby (relatively) Three Chimneys we instantly asked him to try to book us a table. The restaurant used to have a Michelin star and normally we’d have no chance at reserving a table for the following night as there’s usually a waiting list, but we got lucky. The taster menu read like a who’s who of the cream of local produce. I could list any of the nine dishes on it, but I’m singling out an exceptionally good roasted Sconser scallop with sea bacon (eel), barbecued celeriac, and dashi. 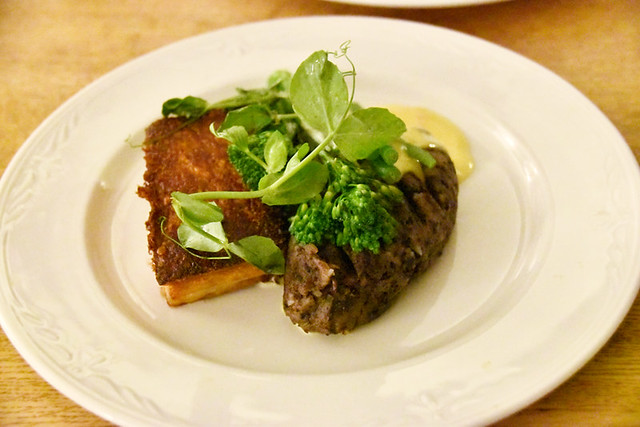 Black pudding mash. It didn’t really matter what it was served with, when I saw those words on the menu at the Four Seasons Hotel in St Fillans I was instantly hooked. As it happens it came with juicy roast belly of pork and crispy crackling but it was the black pudding mash I wanted to get my chops around. Jings, it was good. 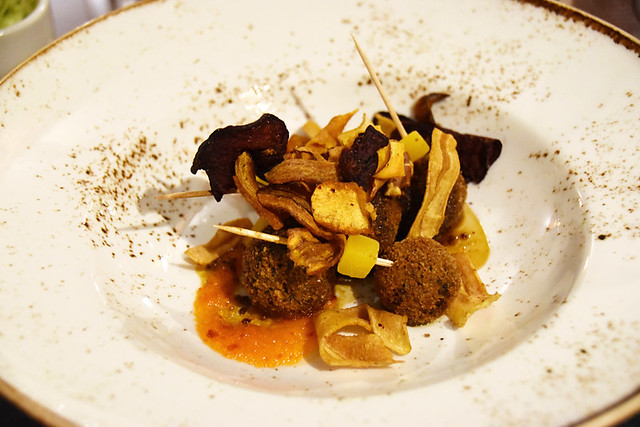 We might not have encountered deep-fried Mars Bars on our trip but we did find Irn Bru chilli jam on the menu at the Achray House Hotel in St Fillans. Like the black pudding mash above, once I spotted Irn Bru jam there was no way I wasn’t trying it. Made from girders (so the advert used to claim) Irn Bru guided me through many a fuzzy hangover when I was a youth. This was the first time I’d seen it sharing menu space with the likes of Hebridean Salmon and Scrabster saithe. An added bonus was it was there to add a sweetener to haggis bon bons. What a combo, it was like stumbling across the Holy Grail of classic Scottish ingredients.

We didn’t go out of our way to seek out such a diverse mix of fresh local ingredients. Wherever we went they were just always there in abundance… in shops, bars, and restaurants. I didn’t get close to trying all the scrumptious sounding food I wanted, although my stomach might groan otherwise.

I’m not saying the battered Scottish chippy fare isn’t alive and kicking, but there is also a wonderfully fresh gastronomic yang to the deep-fried yin. If you haven’t discovered that yet on visits to Scotland, you’ve been looking for lovely food in all the wrong places.

Incidentally, deep-fried pizzas – also down to the Italians.

An Alternative Taste of Pitlochry in the Scottish Highlands

Pitlochry is an immaculate little town that must have first time visitors to the Highlands of Scotland drooling like a heilan’ coo when they set eyes on its ridiculously pretty streets. […]