Shocking pink, scarlet and deep purple tables and chairs on the pavement outside denote our arrival at Kosy‘s chocolate and cakes café. Inside, a comfy sofa and two tables with armchairs vie for space with tables laden with cup cakes, chocolate bars, sweeties and bubble gum packs clustered around Art Deco lamps and assorted knick-knacks. In the background a Jazz soundtrack plays while behind the counter, Kositza is stirring three mugs of hot chocolate that are infusing the space with their seductive aroma. 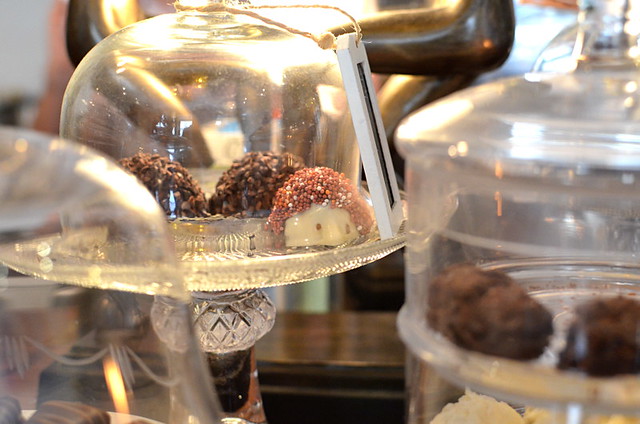 “This is hot chocolate with lavender,” says Kositza, handing us each a mug of creamy, frothy and fragrant deliciousness.
Surrounded by the heady nostalgia of childhood trips to the sweet shop, it’s a tasty and colourful start to our tour of the Haidhausen District.

Lying across the Isar River to the south east of Munich, the Haidhausen District pre-dates its cosmopolitan neighbour and rival. Over the centuries this charismatic district has morphed from mud-strewn slum frequented by those who couldn’t afford to live across the river to one of the most desirable residential areas in Munich. 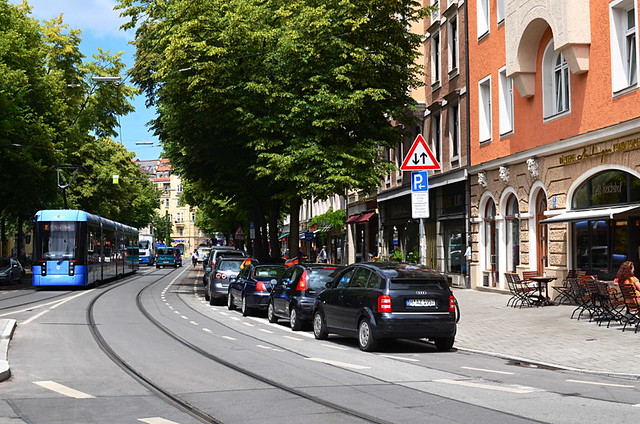 “In the 19th century it was said that three out of every four beggars in Munich came from Haidhausen,” Ernst tells us as we make our way through the leafy streets of the French Quarter, sampling as we go, on our Eat-The-World Haidhausen District tour. 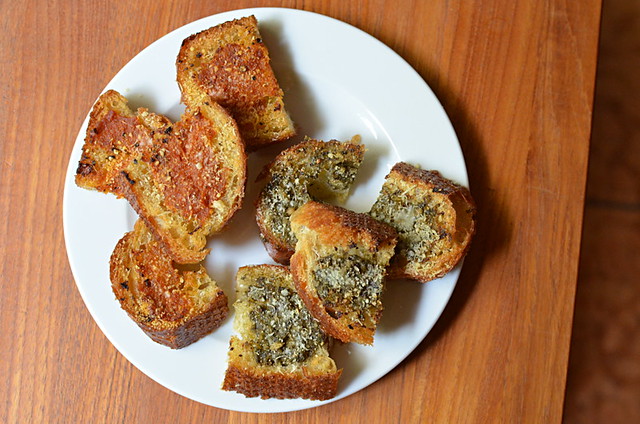 Choosing only those outlets whose products are lovingly created on the premises using traditional ingredients and methods, Ernst Haas, a financial consultant in his ‘day’ job, takes us on a walking tour, regularly stopping to sample the goods and infusing a fascinating history with anecdotal fun. In an Italian coffee and wine house, serenaded by a sultry soundtrack of Blues, we bite into savoury Genovese crostinis spread with tomato and pesto. At a family butchers the owner temporarily abandons his busy counter to bring us a small tray of organic raw mett (sausage meat) and sausage mayonnaise salad on crusty bread. 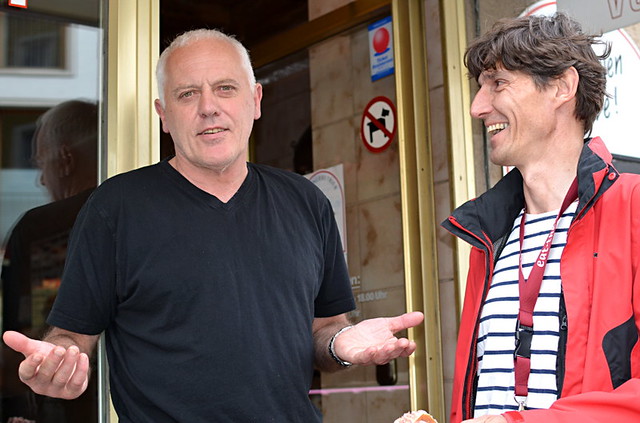 Wandering through the French Quarter, we stop at a cheese specialists where we’re treated to Wurstsalat and a traditional cheese pate made from leftover Camembert or Brie mixed with paprika, herbs and onions to form a rough paste.
“Here they mature cheeses on the premises, storing them at the right temperature and conditions to bring them to their best and they have cheeses from across the world,” Says Ernst. “They also have a cheese that takes a bath in prosecco for eight months but the good news is that you can still drive after you have eaten it!” Intrigued, we ask to try a sample. It’s a cheesy taste sensation and we buy a large chunk to take home. 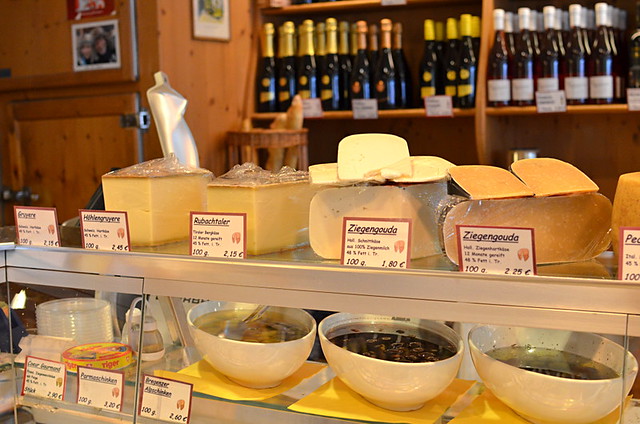 After the cheese and sausage we head to the pretty gardens of Weissenburger Platz and opposite the fountain to Spoon Up where Kristina has been serving delicious home made soups, lunches, and in winter mulled wine, for the last four years. After travelling through Asia extensively, Kristiana became hooked on the nutritional value and savours of the many soups she encountered.
“In Asia they eat soup all the time, they love soup, especially with noodles. In Myanmar they have soup for breakfast, fish soup, which is really nutritious. That’s when I started to think about doing this,” she tells us. 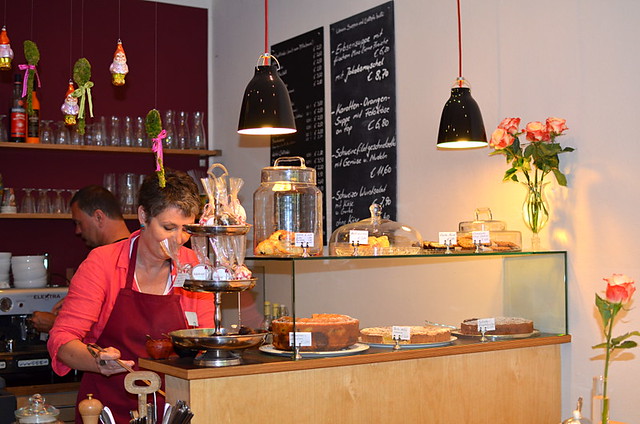 While we chat, a bowl of creamy carrot soup with fresh orange segments and feta cheese arrives. The addition of orange chunks adds texture as well as taste to the carrot base and the salty feta lifts it even more. It’s delicious.

Now ready for dessert, we arrive at the family bakery of Café Wölfl on Kellerstrasse where the current proprietor has been baking behind the shop since he was four years old and learning at his father’s knee.
All the cakes are hand made and everything is done by hand, the slow and old fashioned way. In the window a large layer cake catches our eye:
“That’s baumkuchen, or tree cake,” says Ernst. The baumkuchen is a specialised, old fashioned cake which is cooked in its own oven. A layer is added and then the cake is rotated and baked before another layer is added and so on. The whole process takes an entire day. Something of a rarity in cake shop windows nowadays, people come here just for the baumkuchen.
Pieces of the finished product are sold by weight, or covered in chocolate or in bananas and butter cream and then covered in marzipan as illustrated by the tempting Countess Cake which is being slowly twirled before our eyes.

It’s too much to resist, and clutching our fat slice of Countess Cake we headed to the wooden houses and country village surroundings of Preysingstrasse where we bid Auf Wiedersehen to Ernst and sit on a sunny bench to enjoy the last, sinful treat of our tour.

Getting to know an area through the family businesses that have plied their trade in its streets for generations and through those that have brought a new angle to old favourites, is an informative, fun and delicious way to get to know a city. The Eat The World tour gave us a tasty insight into an area we would never have set foot in without them and we would have missed so much.

A huge danke schön to Ernst and to the team at Eat-The-World.Com

Eat-The-World.Com offer a year-round variety of food tours in 12 cities across Germany in German and English. Tours cost €30, last for 3 hours around lunch time and include samples of food and drinks as well as insights into history, architecture and naturally, the food specialities of a district. Full details and booking through the Eat-The-World.Com website.