“Can I see the children’s menu please?” I ask the waiter.

He looks slowly around our party. “But there are no children.”

“My friend is avoiding gastronomic adulthood,” I reply.

This hasn’t actually happened… apart from in my head. However, an incident recently got me thinking about the way in which we mature in different areas of life as we grow older, or don’t mature as the case may be. 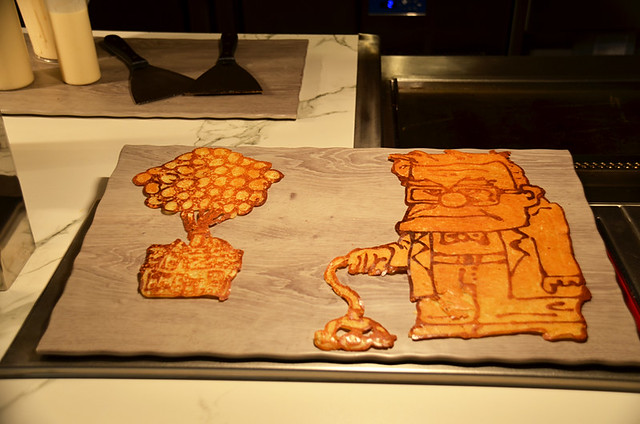 Over the years I’ve noticed people’s culinary foibles/quirks more and more. Since we left the UK we’ve eaten out far more than we ever did in Blighty, so you tend to notice eating patterns more, and a lot of people don’t stray from their culinary comfort zones. Some people’s dining habits are basically on automatic pilot. I watched one guy in a restaurant smother his food with salt before he’d even tried it. Habit. Probably something he’d been doing forever. On blog/press trips in the past I’ve observed how some people discreetly avoid trying certain things, even, on occasion, bloggers who are supposed to specialise in gastronomy.

A friend from way back when I was fresh-faced and naive left a comment on a photo of food I posted on Facebook a couple of years ago. She was surprised I’d try something so unusual (I can’t remember what it was). The 18 year old me she knew always ordered spring chicken with chips in Chinese restaurants, and did much the same in the Indian restaurant. The list of things I didn’t like was long and included kidney, liver, bacon (yes, even bacon). 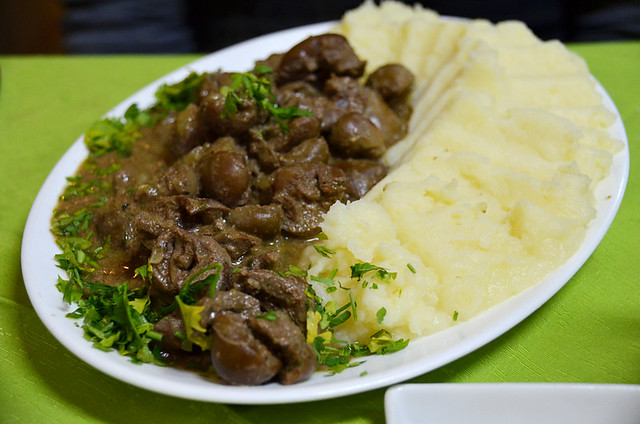 In a nutshell, my adult taste buds have completely different desires than those of my toddler self. 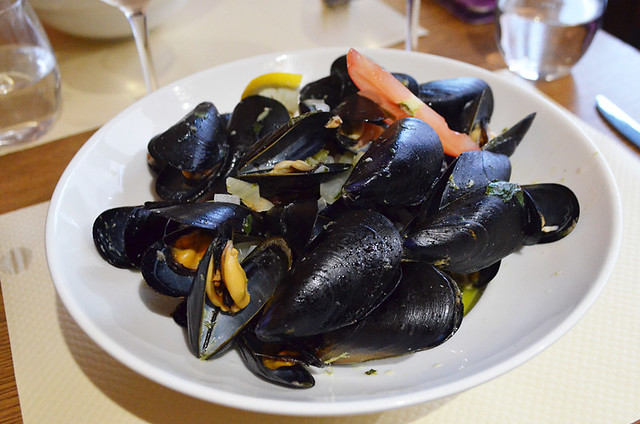 More and more I’ve come to the conclusion there are a lot of people whose taste buds haven’t developed at the same rate as the rest of them. They remain gastronomically immature, the likes and dislikes they had as a child staying with them through adulthood. Often it seems dislikes are rooted in the past rather than the present; linked to something psychological, or as a result of family habits, rather than being based on the actual flavour of an item. I know cases of whole families having the same culinary dislikes, as though they were something to be passed down through generations.

A recent comment on a piece I wrote about people who claim they don’t like fish or seafood suggested it was down to differing perspectives. My point was various types of fish and seafood taste completely differently. Their’s was they all taste similar. The big problem with that argument is it is simply wrong. All types of fish and seafood do not taste similar. That’s fact not an opinion. Insisting they do is like suggesting chicken, pork, beef, duck, lamb all taste the same because they run around the same field. The reason for not liking all fish and seafood rarely has anything to do with the taste. 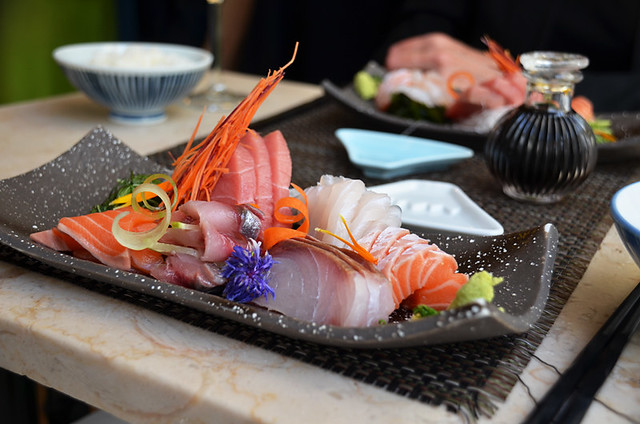 It’s also no different from saying I don’t like all Indian food, Chinese food, Mexican food and so on. Something which would only be a legitimate statement if every dish from the country of ‘disliked cuisine’ tasted the same. Clearly that is not the case. Dismissing whole food types isn’t about flavour, it’s about something else altogether.

Gastronomic immaturity is often irrational, so often, like Brexit, you can’t discuss it in a reasoned manner. Dislikes are set in granite for reasons which can be uniquely personal to the person who has them, reasons which might be unfathomable to others. 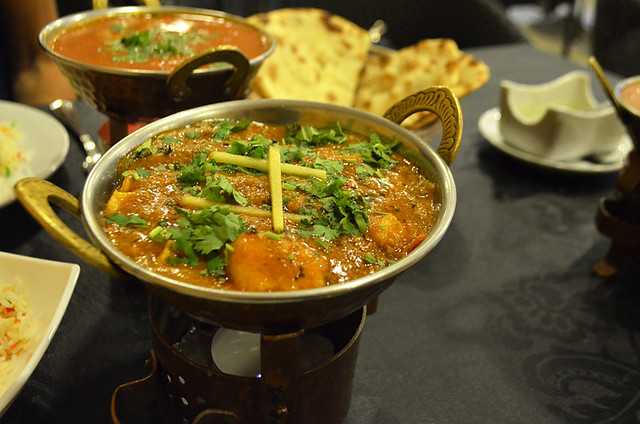 Which takes back me to the incident which prompted these musings. At dinner recently a friend ordered steak well done. The last time we’d eaten together he’d also ordered well done steak and I’d ended up with the wrong steak which was, unsurprisingly, an inferior fillet of grey shoe leather. My steak was perfectly cooked and delicious… so my friend, who had been given it by mistake, informed me.

As he once again ordered the well done steak I reminded him about this incident and how he’d end up with a poor quality piece of meat. However, despite having seen first hand the clear differences and also lapping up my medium steak last time, he insisted on ordering the way he always did. 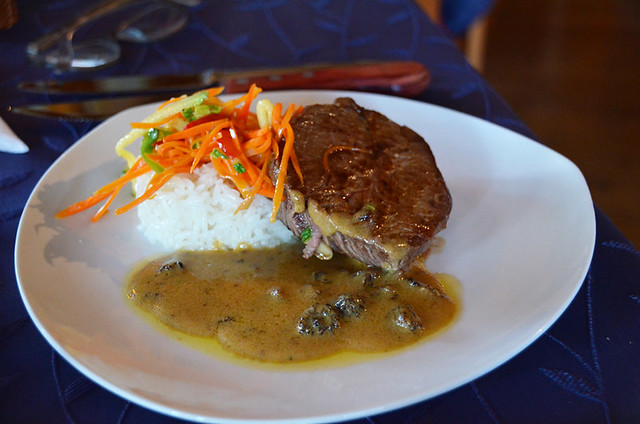 Although it was a different restaurant, the well done steak which arrived on his plate was an exact replica of the one from our previous dining experience – a thin, flat, grey, piece of overcooked meat folded over and covered in a sauce to make it look more like the ‘proper’ steak on my plate. 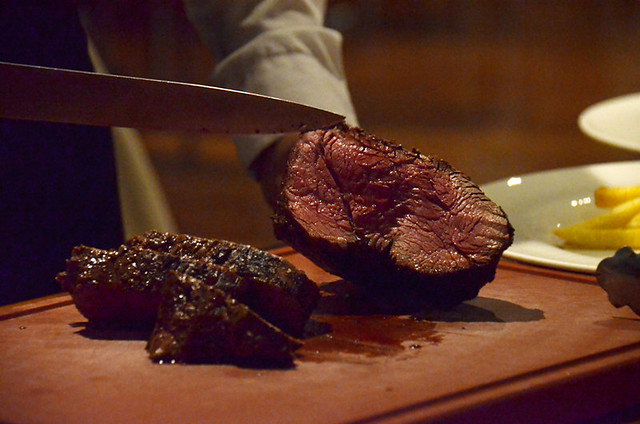 Ultimately the most important thing is people enjoy their food when they eat out, whether that’s an overcooked steak, a complete avoidance of fish and seafood, or all Indian food. Whatever I, or anyone else thinks is irrelevant.

But do me a favour, just don’t try to pass it off as anything other than avoiding gastronomic adulthood.