The ingredients for the perfect al fresco breakfast; a sun-dappled terrace, warm bread, freshly squeezed juice, good coffee, dreamy views (mountains, pastures, forest, sea, river – any will do) and, most importantly of all, birdsong.

Birdsong in the morning makes the world feel like a better place. Chirping, cooing, and perky whistling is guaranteed to put a smile on my face. Exotic, unfamiliar calls are a bonus. As I write this on a sun-dappled Portuguese terrace, there’s one hypnotic long, low whistle (almost human-like) which intrigues most. I’ve yet to identify the source. I’m no twitcher, but noticing different birds has become as much a part of exploring any new rural destination as trying local foods. 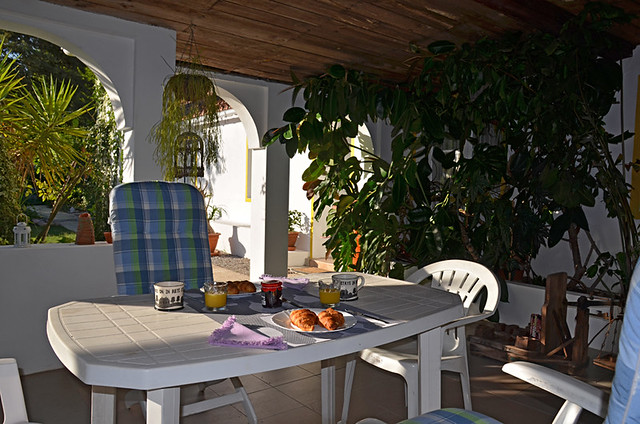 Our current top trip for seeing flamboyant feathered friends involved driving (aka bumping across potholes) along Chile’s Carretera Austral; an exotic thrill as far as bird-spotting was concerned. We expected the highlight of the journey to be watching condors rise on early morning air currents. However, we hadn’t really thought about the colourful cast of supporting characters we’d encounter along the way.

My bird identification skills are ropey, so if I’ve got any of the following wrong I’d appreciate being put right.

Flight of the Condor 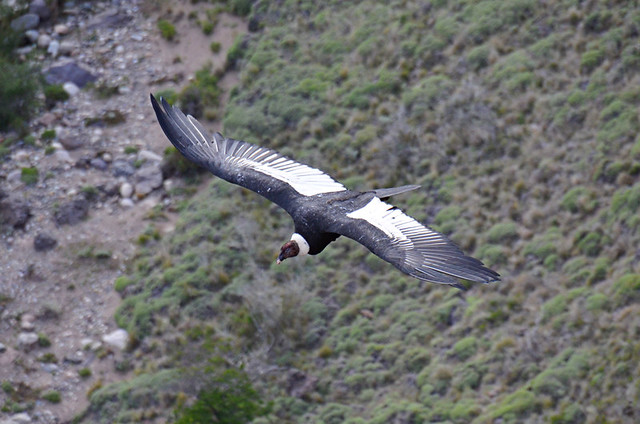 A stunner of a photograph showed a monster of a condor rising above a cliff, the shape of its plane-sized, outstretched wings matched by a man standing level with the bird on the clifftop. It was a photo which made us book our trip to Chile. Unexpectedly, both photographer and human model were our guides on an early morning safari in Coyhaique to watch the condors wake up. Although we saw only one, it was enough to send a shiver down the spine. We didn’t get as close again, but thereafter condors were common companions on our trip south. 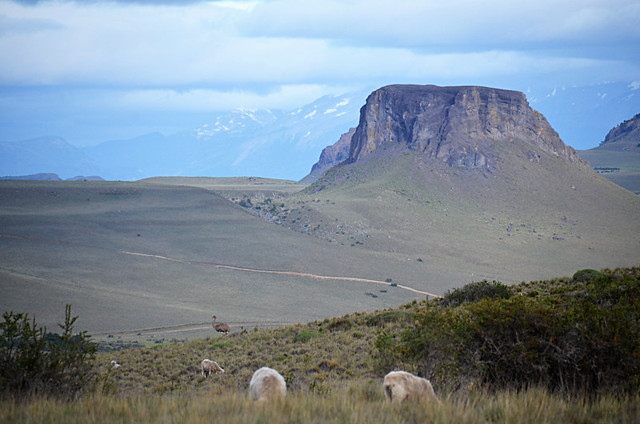 Almost as much of a ‘wow’ were the flightless big birds which roamed the tundra en route to seeing the condors. Although clumsy looking, the birds can reach speeds of around 35mph. They’re named after Charles Darwin who, it’s claimed, found out about the existence of one species after it was dished up to him for dinner. 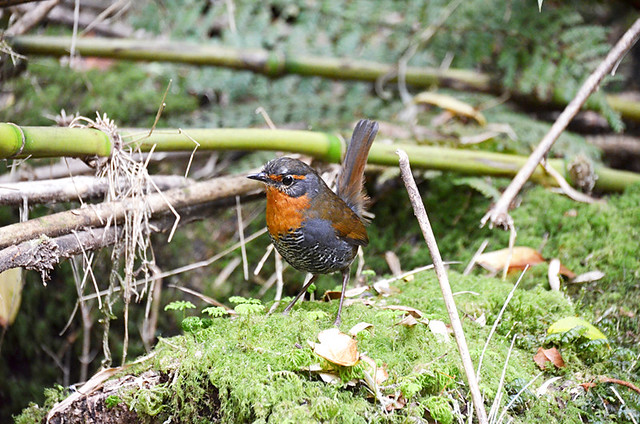 The tapaculo is a small bird with a big voice which sounds impressively exotic when walking through dense rainforest. Quite a tame little bird, we got close to tapaculos a couple of times. With a striking scarlet breast it stands out amidst the emerald foliage. This one was seen on a route to a waterfall near idyllic Quelat. Incidentally, the name refers to its perky tail which covers its bottom. 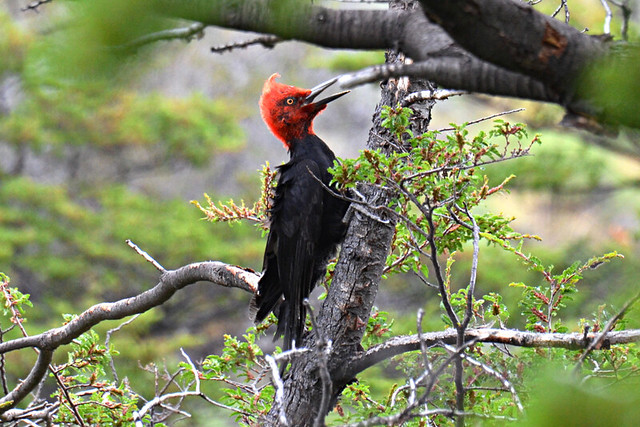 After seeing a photo taken by another couple we met who were also driving the Carretera Austral, the crazy looking Magallenic woodpecker with its fiery crest rocketed to the top of my wish list of things to photograph. For days it teased me, staying just out of range in forested areas in various locations. Finally, in Patagonia National Park I employed ninja tracking techniques to get close enough for a decent shot. 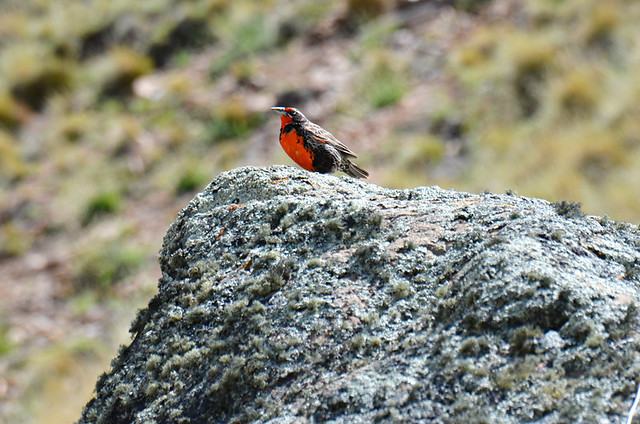 Another quite tame small bird with a bright red breast, we spotted the loica in a valley on the way to the Valle Lunar near Chile Chico. Also a good place for seeing condors rising from the depths of other-world ravines.

Face to face with the caracara 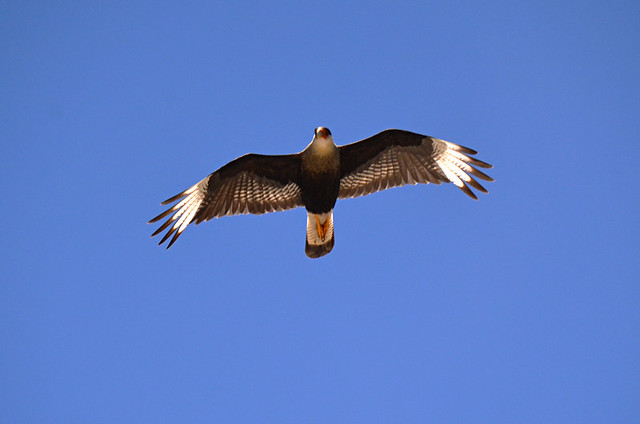 This is where I’m on dodgy raptor identification ground. The caracara was definitely pointed out to us on more than one occasion, but I wouldn’t swear blind this is definitely it. It is a big bird of prey common to the area we were travelling through. Apparently it doesn’t swoop down on prey, but gets close to them on the ground and then runs after them. It also has a cry a bit like a dog’s bark. 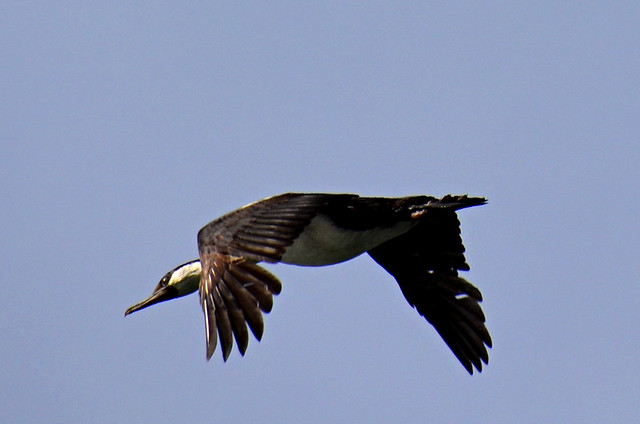 I was actually trying to take a shot of a particularly twitchy ringed kingfisher on the Cisnes River, Quelat. But none were sharp enough so here’s a cormorant in flight instead. Whether it’s the billion dollar version, known as such because exportation of its guano (excrement) once propped up the Peruvian economy, I’m not sure. 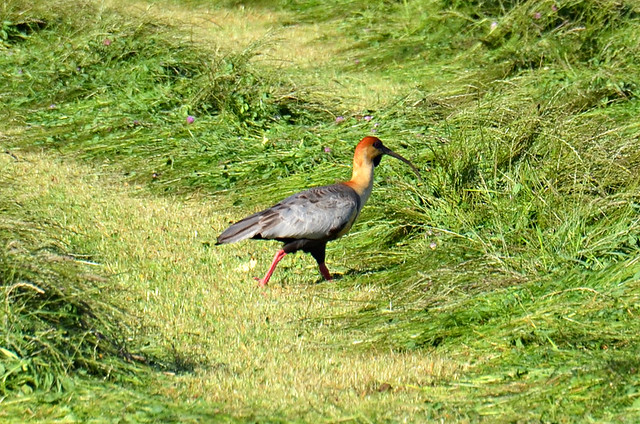 Just about every time we parked up, especially near farmed lands, we’d hear the excited gossiping of buff-necked ibis. If we saw a farmer ploughing a field we knew there would be scores of these elegantly beautiful birds foraging in the tractor’s wake. In the morning when we opened our curtains to look over gloriously untamed scenery, there’d often be ibis prodding the ground with their long, curved beaks.

Whereas the mighty condor was the bird which indirectly drew us to Chile, the buff-necked ibis is the bird which I now connect most with our Carretera Austral road trip.