John Donne may well have been right when he wrote “No man is an island…” but it would appear an island can be one man and in the case of Lanzarote, that man is César Manrique. 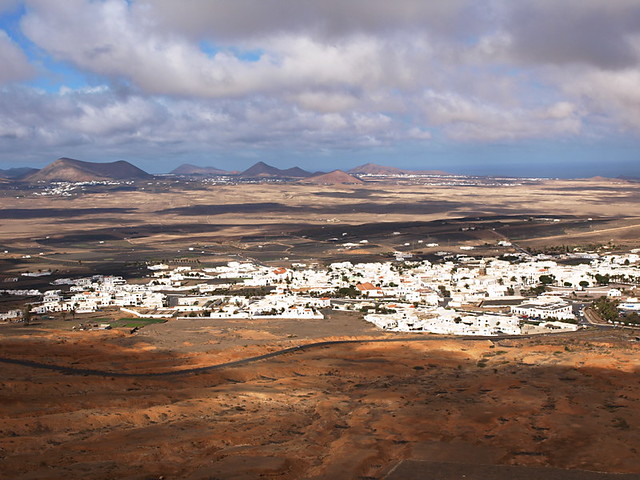 From the moment you step out of Arrecife airport and your eye is caught by a silver glint of sunlight reflecting off one of his archetypal, wind toy sculptures in the car park, Manrique’s spirit is with you. Like the creator of his own Universe, Manrique’s hand is in the very landscape of Lanzarote; the uniform, low, white buildings that stand against the black, volcanic terrain like images from an old scrap book of some distant, African land; the proliferation of silver mobiles spinning beneath a sapphire sky; the integration of art and nature that embodies the island, it’s all Manrique’s work. 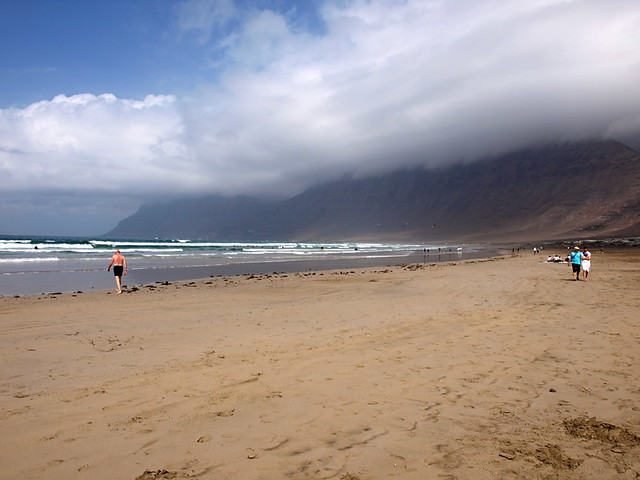 Born in Arrecife in 1919, Manrique spent idyllic childhood summers alongside Famara Beach in Teguise where he recalled the reflection of the 400 metre high cliffs in the endless fine sand as: “… something of extraordinary beauty that I will never forget in all of my life.”

Studying architecture at La Laguna University on Tenerife, in 1945 Manrique travelled to Madrid and won a scholarship to the Academia de Belles Artes de San Fernando from where he graduated as Art Professor and a painter. In the 1960s he moved to New York where he spent two years working and exhibiting, but Manrique missed his Lanzarote home and felt smothered by the concrete and noise of New York. Writing to a friend he bemoaned the ‘artificiality’ of New York and yearned to return to the soil and to nature. 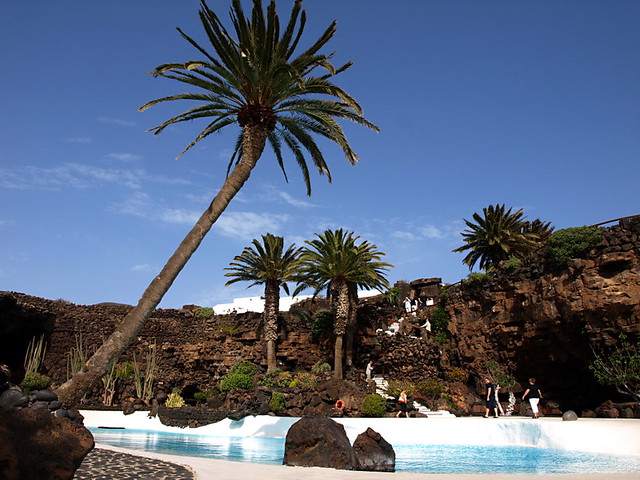 Back on his beloved island, Manrique fashioned an extraordinary home for himself from five volcanic bubbles in Taro de Tahiche (now home to the César Manrique Foundation) and began to work with the authorities on Lanzarote, teaching them to respect nature and to work with the wealth of natural materials available to them. He persuaded the Lanzarote Government to ban the use of high billboards along the highways and multi-storey constructions in the towns and resorts in favour of sustainable development that worked with, rather than against, the environment. It’s as a direct result of his influence that Lanzarote was declared a World Biosphere Reserve by UNESCO in 1993. 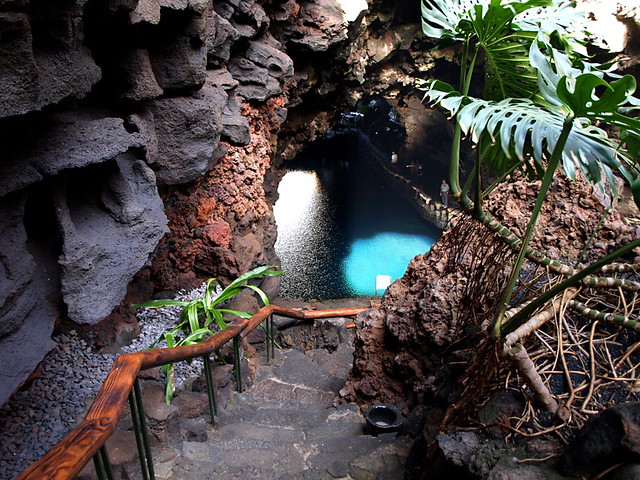 Opening their eyes to the beauty that surrounds them and leading by example in his Casa de Campesino, Manrique convinced the people of Lanzarote that it was better not to demolish their old houses and build new, soulless constructions, but rather to maintain their traditional architecture and use the materials around them to maintain harmony with the landscape. Using his skills as artist, architect and environmentalist, Manrique took an underground lake sited in a volcanic tube and created the Jameos Del Agua, an extraordinary space of natural beauty, which he enhanced, made accessible and ensured its sustainability for the future. The Jardín de Cactus in Teguise is another perfect example of how Manrique took the natural elements of Lanzarote, in this case its proliferation of cacti, and created a living work of art. 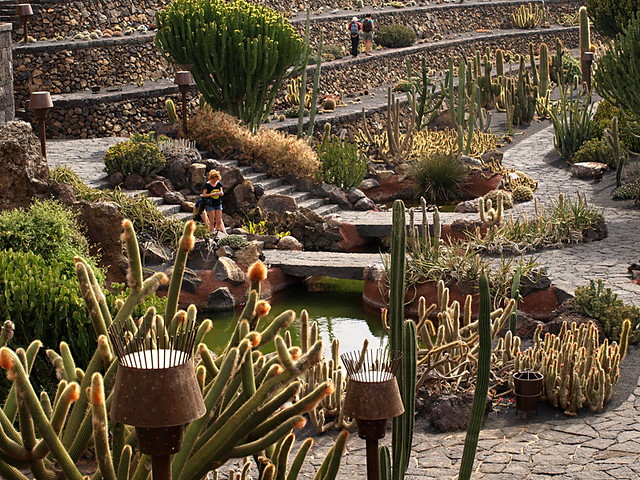 Through his work and influence, Lanzarote’s architectural landscape is unique amongst the Canary Islands. Outside of the resort centres, houses are uniformly white and low, constructed of volcanic stone and wood, nestling quietly within the stark, volcanic landscape in a symbiotic existence that neither jars nor distracts. It’s a utopia that has evaded the over-developed islands of Tenerife and Gran Canaria, neither of whom had a César Manrique to champion their cause.

When Manrique returned to Lanzarote from New York in 1964 he came with the intention of “turning my native island into one of the more beautiful places in the planet, due to the endless possibilities that Lanzarote had to offer.”