It was clear things weren’t going to end well at the Osteria a Stalla Sischese in Sisco, northern Corsica. Dinner had started with a hearty and filling thick soup which was more stew than soup. This was accompanied by a mountain of a salad involving mixed salad leaves, cured ham, tomato, balsamic dressing, breadstick masts and a small, cheesy roll for good measure. 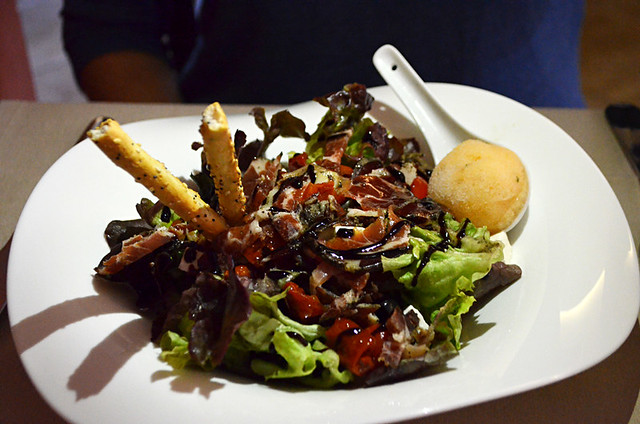 After those two we were satisfyingly full.

Then came a ‘surprise’ dish, slipped in presumably to keep hunger pangs at bay before the main course arrived; a tray of five golden, puffed up brocciu cheese beignets, a common dish on Corsican menus. To eat one was to say au revoir to the rest of dinner.

But, boy, did they look good – fried balls made from flour, yeast, mint, egg and soft sheep cheese. Against our better judgement we ate them all, stomachs stretching to capacity at the effort. They were delicious; deep-fried, savoury, golden wonders that left us happy but groaning. 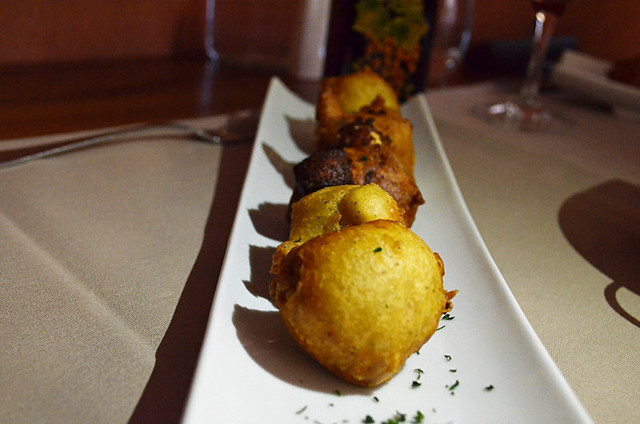 The main dishes arrived. Two trays of food, enough for a quartet of diners. One was filled with a meaty stew, the other with rich, cheesy pasta.

“You’ve got to eat it all,” warned the waitress. I couldn’t tell if she was joking or was just a culinary sadist.

What was the meat? What type of pasta was it? I can’t tell you. I was operating on autopilot, just trying to survive and hoping to avoid a Monty Python Meaning of Life outcome. 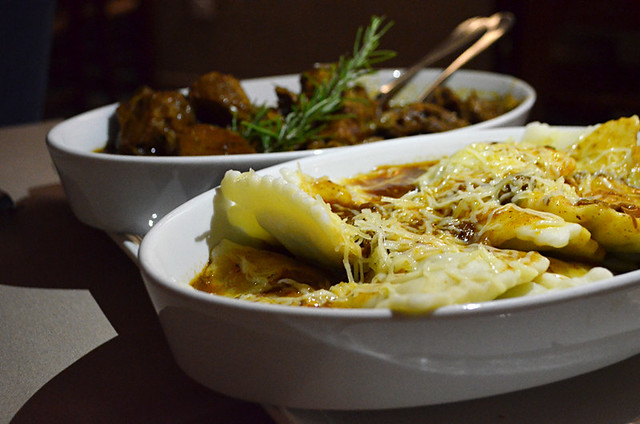 We gave it our best shot, but managed only a couple of mouthfuls before collapsing back in our chairs, utterly defeated and ready to be rolled to bed.

It turned out the chef was known for engineering this Man V. Food scenario. Diners came primarily because the food was excellent, but also to see if they could actually finish a meal. apparently few managed it.

Needless to say, dessert was not ordered.

Osteria a Stalla Sischese (Marine de Sisco) is a small hotel  near the coast in Sisco with an excellent restaurant which is open to the public.