In 2016 we visited La Palma four times. Even though it’s (possibly) my favourite Canary Island, by the end of our last trip I was La Palma’d out. So much so, the prospect of returning in April 2019 didn’t exactly get my travel juices flowing with excited anticipation. A few years ago a friend called me “a new experience junkie” – I don’t think it was meant as a compliment. They were right, in a way. I crave experiencing pastures new on a regular basis. I don’t want to be going backwards, revisiting the same destinations over and over when there are so many places out there I’ve never seen. I felt a wee bit like this about La Palma. 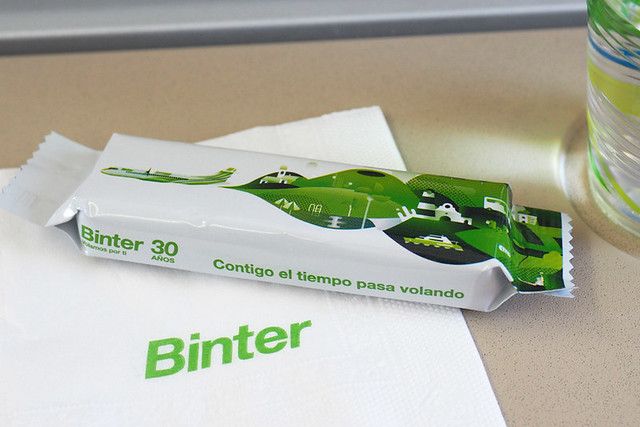 The Binter experience
Flying Binter (the main Canary Islands airline) is like meeting up with an old friend. It’s how air travel should be; enjoyable. Admittedly we’re not talking long distances here, but jumping on the twin-engine turboprop from Tenerife Norte airport to hop across to La Palma is as easy as catching a bus. You grab your unassigned seat, take-off without any fuss, are given a local Spanish paper by the air stewardess, and then the famous Binter biscuit plus a cup of water, which often has to be quickly glugged. By the time you eat the biscuit and get to the water the destination runway is coming up to meet you rapidly. Collecting bags on the other side is equally painless; within an hour of stepping onto the tarmac to board the plane you’re free of the destination airport, feeling relaxed and ready to explore. 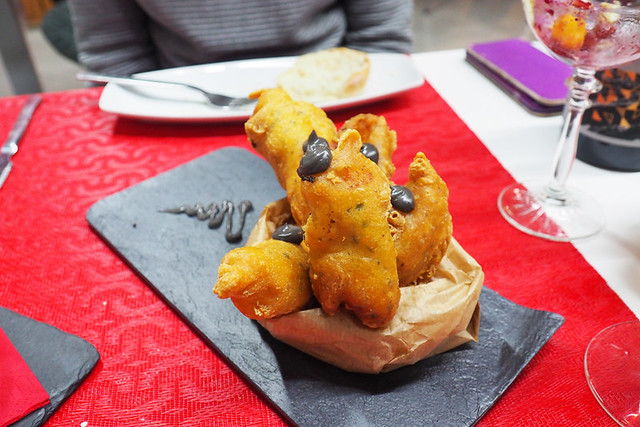 Songs of Santa Cruz
Our stay in Santa Cruz de la Palma was more a brief pause; a stopover at the 350 year-old Hotel San Telmo located next to the plaza and church of the same name. We’d met owners Richard and Bernhard the first time we stayed at the hotel in February 2016. Although not on an Inntravel ‘mission’ then, we were keeping eyes open for any appropriate hotels on the island which might dovetail into plans for a new holiday there. We were instantly charmed by the small hotel, and the care with which it was managed. It felt right – from a breakfast featuring quality produce to the therapeutic song of water trickling from a fountain into a stone pool in the old courtyard. On this visit we barely had time before dinner for a cerveza from the honesty bar, sipped on our room’s tea wood balcony as we listened to another guest below us croon softly and sweetly “All around me are familiar faces, worn out places, worn out faces…” It was spellbinding.
You can virtually fall from the San Telmo into a couple of good restaurants. Cinnamon is a gastrobar with an interesting menu. Despite knowing that what is a small portion to Canarios isn’t small to the rest of us, we went one fried dish too far. Churros de pescado were crispy and filled with moist white fillets, but were more like a full-sized portion of fish and chips (albeit without the chips). A tray of ibérico croquetas numbered half a dozen delicious savoury bites too many. 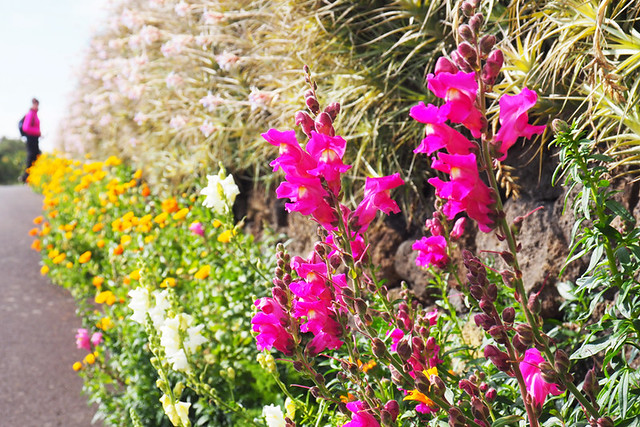 In flowery fields
Our path onward was along a former merchant trail undulating southwards. Within moments of being dropped in the village of Mazo I was reminded how small La Palma is. A man approached with a cheery “Hola. ¿Que tal?” and thrust a map in our direction. It was the taxi driver who’d driven us from airport to the hotel the previous day. The map was a walking one. He’d done a Sherlock based on the gear we were wearing and the fact we were spinning around looking for clues as to where our route might start.
A couple of hundred metres climb along a cobbled lane and we emerged in a rural landscape which time-travelled us backward over a decade to the first time we’d experienced flower-rich La Palma in glorious bloom. Bejeques (house leeks) the size of small bushes burst from cracks in dry-stone walls. Sweet peas, snapdragons, and California poppies devoured whole sections of embankments outside traditional cottages. On grassy tracks between hamlets, wild flowers – proud tajinastes and aromatic wild lavender – took over the reins. Every so often we passed silken crosses, draped and dressed in advance of Semana Santa (Easter). At Monte de Luna, the terrain switched to pines, tabaiba and lava rivers before we finally descended to Los Canarios and Los Quemados, perched precariously on steep volcanic slopes at La Palma’s southern tip. 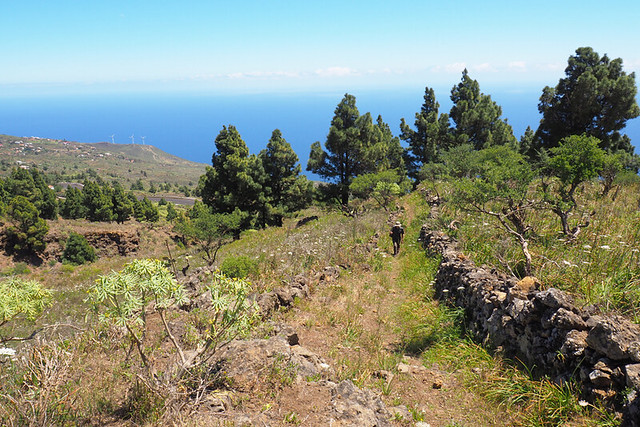 Burnt slopes
Fuencaliente is one of those areas where the more you get to know it, the more it reveals of itself. An uninspiring first visit involved a weekend in a depressing pension and mediocre meals in a noisy, bright café. We’ve since been bewitched by the passionate enthusiasm of local winemaker Victoria Torres; drunk sweet juice from grapes freshly pressed on an old wooden lagar beside the Volcan San Antonio; and, at El Jardín de la Sal, dipped bread into olive oil and then flavoured salts from the adjacent Las Salinas. It’s a very good restaurant, but even better by a La Palma mile is Puesta del Sol in Los Quemados. Describing a restaurant as being close to Michelin star standard is a grand and often overused claim. However, a few nights previously we’d eaten at Nub, one of Tenerife’s Michelin star restaurants, and the creations which emerged from chef Vidal Perez Ranal’s tiny kitchen were close to the astral standard of creative nosh we’d devoured there. Over two gastronomically, super-charged nights we were treated to lime-coloured parsley alioli; delicate salad parcels; a modern take on queso asado (grilled cheese); tuna with roasted garlic; croquettes with banana and chistorra; and a whimsical slice of the seabed. All served with a dazzling sunset and unlabelled bottles of wine from vine-covered volcanic slopes surrounding Los Quemados. 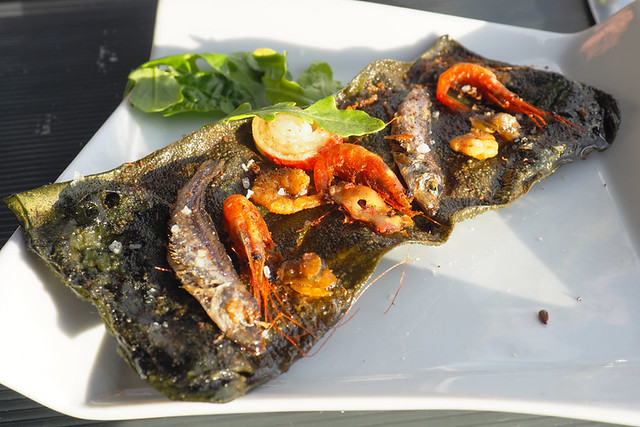 Rebirth of the pines
On a hot August day in 2016 we stood on the edge of a scorched battlefield where nature had razed the terrain. It was shocking and distressing to see such a huge part of la Isla Bonita transformed into a blackened wasteland. On a hot April day in the same spot in 2019 only a keen eye would be able to spot there had ever been a fire. Nature had done a Phoenix. It was uplifting to walk through a blossoming forest we’d last seen looking sorry and singed. The fires had put the Coladas de San Juan out of bounds, so it was especially satisfying to once again be able to cross an alien landscape consisting of deep scars and open volcanic tubes. Our route descended to a small ravine in El Paso where spirals had been etched into the rocky facades of caves by Benahoarites, the island’s pre-conquest inhabitants. Being La Palma, these ancient engravings are ignored by locals and not on the radar of most visitors. 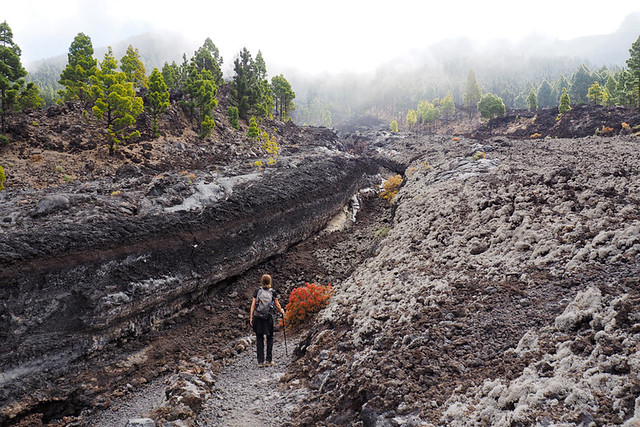 The secret capital
Our initial meeting with San Telmo’s Richard and Bernhard in 2016 had been fortuitous. We learned they had just taken over a (to that point) typically nondescript town centre hotel in Los Llanos de Aridane. It was in a perfect location for a new La Palma slow travel holiday we’d been working on with friends at Inntravel. Since then, we’ve watched them work their magic, transforming the hotel into a friendly, comfortable, attractive, modern hotel in a fab location on the edge of the old town. The Benahoare is unrecognisable from the days when it was the Trocadero; its Cafe Idafe is proving as popular with locals as it is with hotel guests. To give an example of the care that goes into the running of it, there’s a choice of four breakfasts – senderismo, Italian, Hispano, and Benahoare – each featuring a different selection of breakfast goodies. 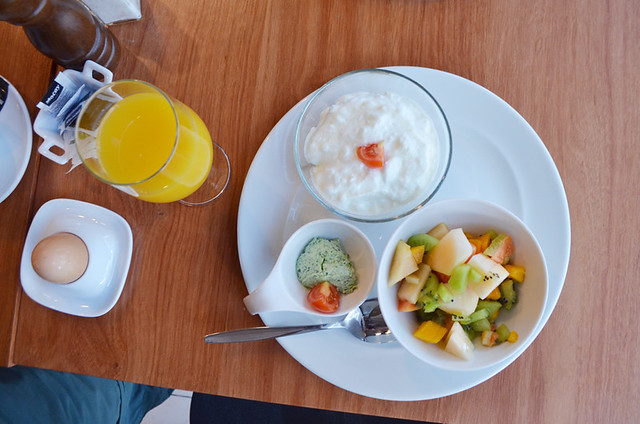 Spending time in Los Llanos, known as La Palma’s secret capital, is always a pleasure; there’s something about the vibe there which had us hooked from day one. It can be little things, like sitting in the main plaza with a barraquito and a craft beer chaser eavesdropping on locals at the next table talking about the situation in Venezuela with which the Canaries has close links (the father of Maduro’s nemesis, Juan Guaidó, is a taxi driver on Tenerife). Subsequently, on the islands you get to hear a more personalised take on events than you do from mainstream and alt news sources in the UK. 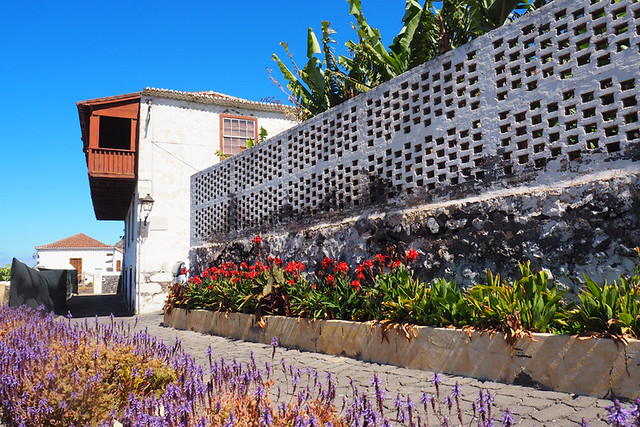 To the coast
A final walk from Los Llanos to the coast at Puerto Tazacorte took us across a mini version of Barcelona’s Parc Guell and through banana plantations to the historic centre of Tazacorte, a town whose pastel-coloured houses line a curved balcony overlooking banana palms and the Atlantic beyond. We’d passed through it many times but this was the first on foot, which allowed us scope to explore more. A flower-lined, cobbled path descended past colonial haciendas and mini plazas toward the coast. Where the centre of Tazacorte bustled on a warm Sunday, the historic quarter directly below the town was mostly devoid of people, and totally charming.

There aren’t many good beaches on La Palma, Puerto Tazacorte boasts one of them as well as a handful of decent fish and seafood restaurants. We already knew how good the chopitos (tiny, fried squid) and chipirones (bigger squid) at La Taberna del Puerto were, so ordered both as well as grilled local cheese with fig jam. 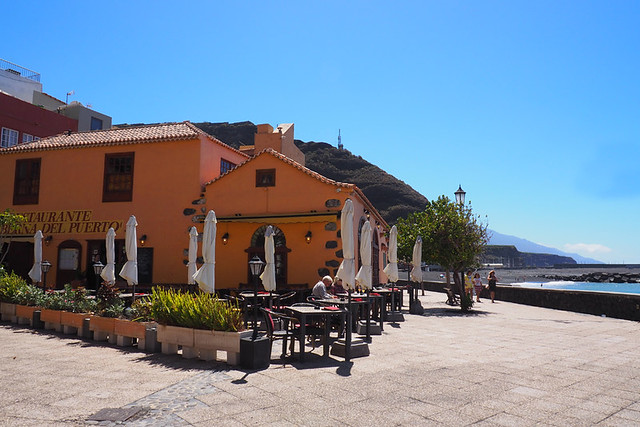 We’d started our journey on the east coast and ended it almost geographically opposite on the west coast. Despite visiting La Palma many times, it felt as fresh and new as the profusion of spring flowers we’d encountered along the paths, tracks and lanes of the Canary’s la Isla Bonita. Any concerns regarding having ‘been there, seen it, and done it before’ had dissipated from the moment we’d touched town.

About Jack 711 Articles
Jack is co-editor, writer and photographer for BuzzTrips and the Real Tenerife series of travel websites as well as a Slow Travel consultant and a contributor to online travel sites and travel magazines. Follow Jack on Facebook for more travel photos and snippets.
Website