We discovered two things about travelling to Plitvice Lakes National Park without having pre-booked accommodation. The first was that it was a damn smart idea. The second was roads depicted as yellow lines on Croatian maps come in all shapes and sizes. In fact, some aren’t roads at all which is how we ended up rescuing a couple of lost Americans. 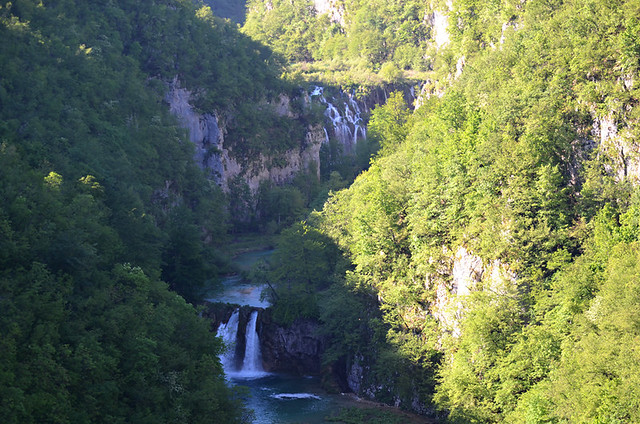 Getting to Plitvice Lakes National Park
Maps are wonderful things. When you know how to read one they are keys to the world, you can’t beat them. Sat nav systems may be improving all the time, but give me a map any day of the week, even if they are flawed.

Driving from Krk, the map showed us that if we stuck to the main road we’d have to head quite some distance east before we could turn back and head north west to get to Plitvicka Jereza and the entrance to the Plitvice Lakes National Park. The map also showed us that a secondary road cut straight across part of the triangle, emerging at Jezerce; a much shorter route. It was a no brainer. We took the yellow (not brick) road. 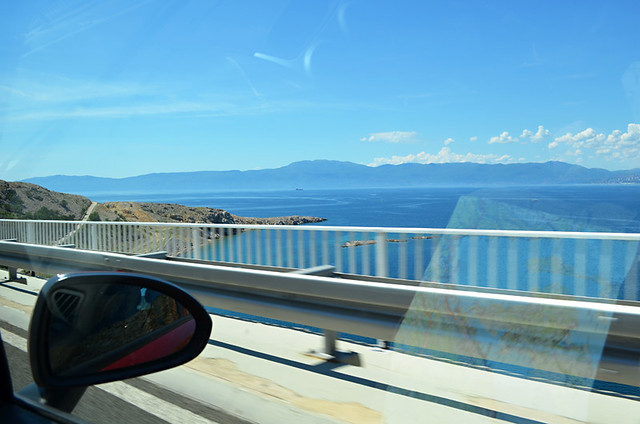 At first, the road was narrow but extremely picturesque; meandering through a dappled forest, passing a wooden shack with working water wheel beside a trickling stream. It was pure fairy tale country. I’m still kicking myself for not photographing that scene. Then the road narrowed, becoming little more than a dirt track linking small wooden farmhouses. A car came towards us and stopped as it drew level. I half expected to be told off for being on private land. Instead an American voice asked if we knew the way out. They were also trying to get to Plitvice.

The Americans had sat nav and it had directed them to a dead end. Our map, although it had mislead us slightly, hadn’t let us down… yet.

“Follow us, we’ve got a map,” a minor victory for the old ways, as long as the map was accurate.

Almost as soon as we passed the Americans’ ‘dead end’ it became clear why they’d ignored a third option, a dirt track leading further into the forest. The dirt track road quickly became an earthy forest path full of potholes. We progressed painfully slowly, the track deteriorating as we headed deeper and deeper into dense forest. Andy drove with me shouting directions ‘deep hole, move left, left, left’, ‘tree stump – RIGHT, RIGHT, RIGHT’. It was like a rally for tortoises.

It felt as though we were in that dark forest for hours. A few times we nearly lost our nerve and turned back. The only thing stopping us was the track was far too narrow to attempt a three (hundred) point turn.

Eventually the forest thinned, the track widened, the earth was replaced by tarmac, and we arrived at a sign we were overjoyed to see; Jeserce. We had emerged from the wilderness… with two Americans in tow. 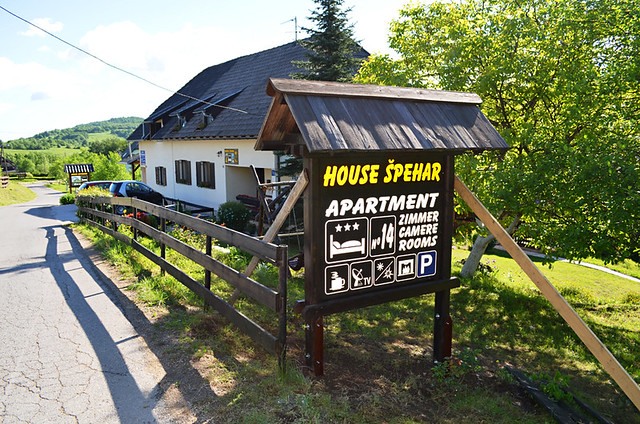 Finding Accommodation at the Plitvice Lakes
We had planned to book accommodation at the lakes before travelling but, after checking online, the prices for a hotel close to the lakes seemed too high, so we decided to risk it. A few days in Croatia had shown us there were signs advertising ‘zimmer’ everywhere. And so it proved with Plitvice. There were plenty as we drove closer to the park. Once again we held our nerve to see just how close we could get.

We passed the entrance to the park and carried on for a couple of kilometres before seeing a sign for Rastovac pointing up a narrow road. Nothing ventured, nothing gained.

The road let to a little hamlet of quaint houses with steep, sloping roofs, the first of which had a sign outside of it – ‘House Spehar Apartment, zimmer, camere, rooms’. Bingo.

After a brief negotiation we secured a cosy, spotlessly clean and attractive little room with en suite bathroom and a view of the forest, plus decent wifi, for a very reasonable €30. Then we discovered Lady Luck was really at our side. We knew it was close to the park, we didn’t know how close. A path led through the forest right to the main Plitvice Lakes car park. It was barely a couple of hundred metres walk. 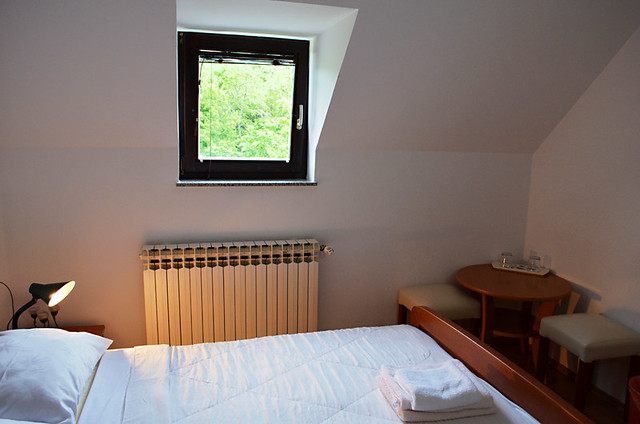 Despite researching online, we hadn’t seen anything (in English at least) that told us we could get cheap and good accommodation within such close walking distance of the park. It was a fantastic and unexpected result.

Our spirits soared thanks to our good fortune… and we still had one of the most incredible natural parks we’ve ever set eyes upon to look forward to.

Is this the Worst Waitress in Croatia?

There are a handful of restaurants in Pomena on Mljet. Most have full frontal views of a too-pretty-to-be-true emerald lake. One doesn’t… […]