Before we visited Portugal for the first time we checked out a guide to gastronomy. What we read didn’t bring on an attack of anticipatory mouth-watering. It wasn’t that there was anything off-putting about the cuisine referenced in the guidebook, it just sounded not that different from the Spanish fare we were already familiar with. 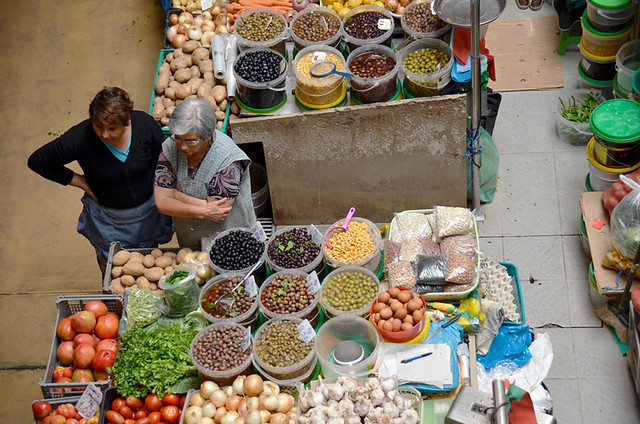 As is the case with the language, where many Portuguese and Spanish words are similar when seen written down but sound worlds apart when heard, Portuguese cuisine may share some commonalities with its neighbour. In reality much of it is a very different kettle of fish.

Over the last twelve months we’ve visited all five of mainland Portugal’s regions, encountering a delightfully diverse gastronomy which has regularly surprised. This is an abridged version of regional dishes we enjoyed most in Porto and the north, central Portugal and also the Alentejo.

Porto and the north
Starters
Pataniscas: We’ve eaten these crispy, golden, cod, onion and parsley patties in various parts of Portugal (they’re often connected with Lisbon), the first time was in Ponte de Lima in Minho. Portions are often so big I’m too full to eat anything else after a plate of them. 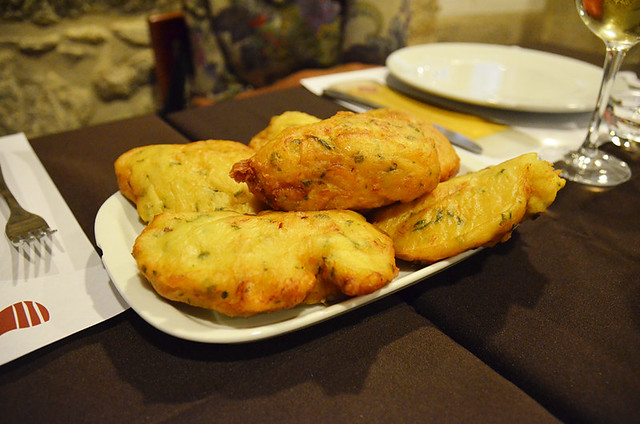 Caldo Verde: A tasty bowl of steaming green kale and potato soup is a welcome warmer during winter months. It would be a good choice for vegetarians except the veggie goodness is usually corrupted by a couple of slices of sausage. 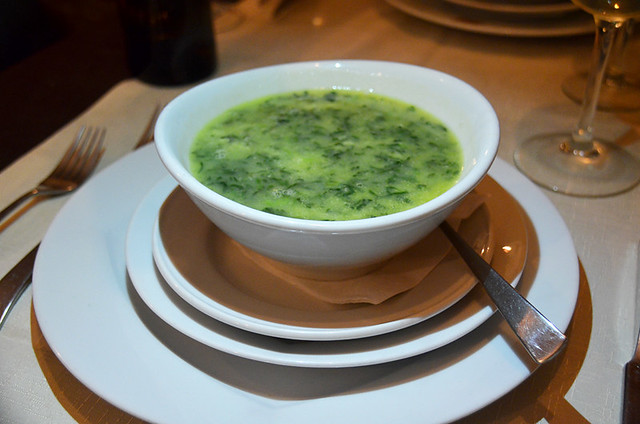 Mains
Sarrabulho: A hearty Minho speciality whose English description tends to put some people off – pigs’ blood rice. It’s their loss; this is a delish dish. Here’s the link to a more detailed description for the more adventurous foodies out there. 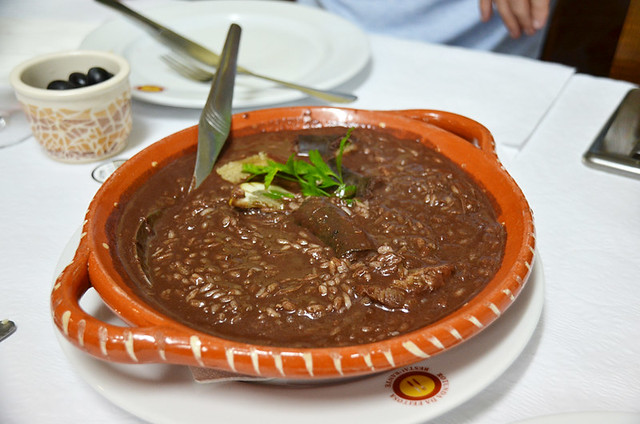 Alheira sausage: A north Portuguese dish with an interesting history and distinctive flavours. Alheira, a pork-less sausage made from various ingredients was created by Jewish butchers during the Inquisition so Jews in the area could ‘pretend’ to convert to Christianity – partly illustrated by the fact they were seen eating ‘sausages’ – to avoid being expelled from the country. 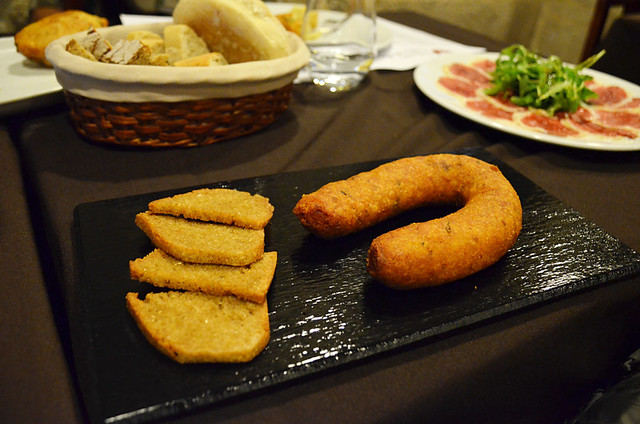 Snacks
A late arrival in Porto found us struggling to find somewhere to eat. A brightly lit, canteen style restaurant close to our hotel was filled with Portuguese all eating the same dish, a yellow brick marooned in a ruddy sea. It was a francesinha; a multi-layered sandwich consisting of bread and various meats covered in cheese surrounded by a spicy, beer sauce. It was an immediate hit. Despite it being a Porto speciality I’ve stuffed myself on francesinhas all over Portugal, but that first one remains the best. 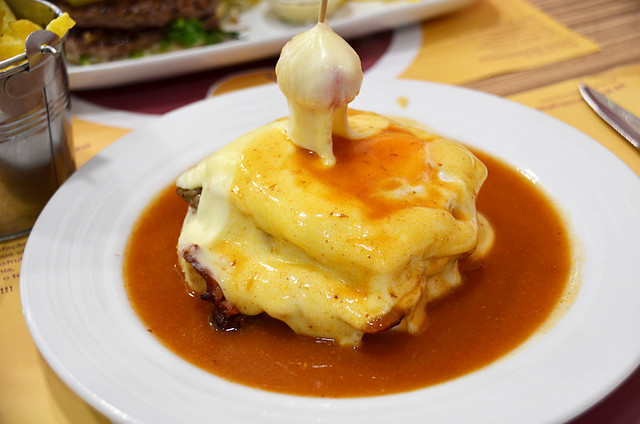 Drinks
Port: We were initially put off port by a hotel barman who told us only old people drank it. A visit to one of Porto’s port cellars enlightened us and was a proper, merry introduction to its various guises. Porto’s most famous beverage has now become a favourite post-work tipple in our house, not just because of its numerous Scottish connections. 10 year old tawny is a smooth, sweet, rich winter warmer. 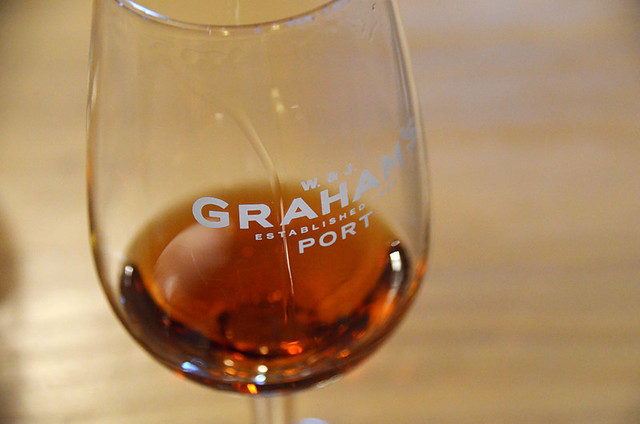 Central Portugal
The area we’ve spent the least time in, only 24 hours in Costa Nova and a few days in Coimbra, so we’ve still to get to know the cuisine better.
Mains
Bacalhau: Salted cod (bacalhau) is a Portuguese favourite and common everywhere. Although I really like pataniscas and bacalhau à brás (also known as bacalhau dourado), a chunk of salt cod on my plate doesn’t do it for me. So, a special mention for Restaurant Bronze in Costa Nova whose chef showed that, when cooked with skill, a fillet of bacalhau can be as tasty as the fresh variety. 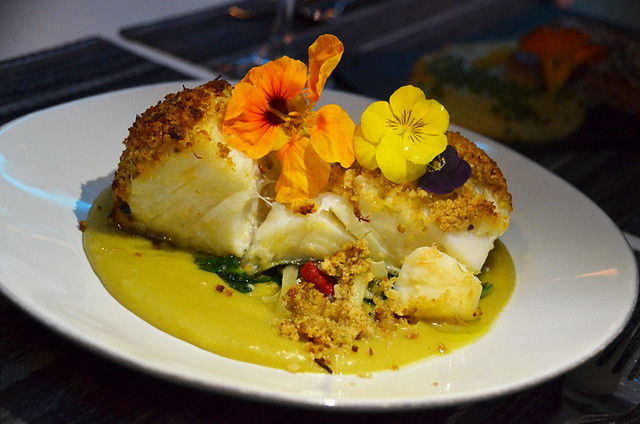 Alentejo
Starters
Sarapatel: If we see this on a menu we’d order it, that’s how much we like this savoury and spicy Aletejana dish made with various meats and offal chopped into small chunks. It’s so good it’s become popular in both India and Brazil. 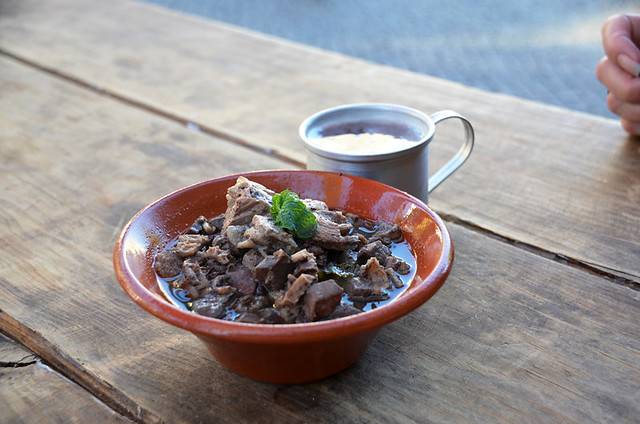 Gaspacho: Okay, it’s a Spanish classic cold soup. But the Portuguese gaspachos we’ve tried have been quite different – clearer and brimming with small chunks of fruit and vegetables. They’re zingy, full of aromatic flavour and refreshing on a sizzling hot Alentejo summer day. 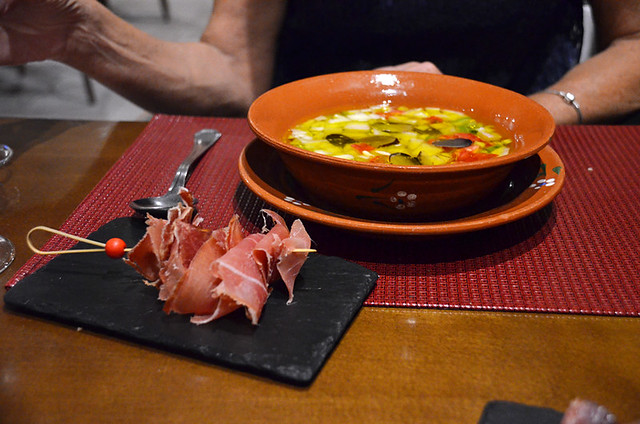 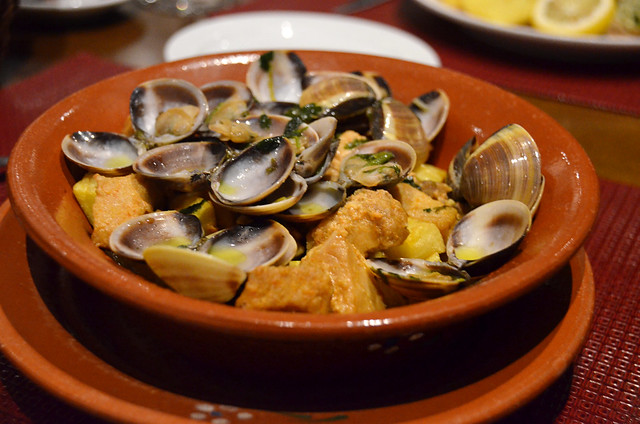 Desserts
Conventual desserts: In Alentejo we tried a lot of desserts concocted by nuns, using leftover egg yolks (the whites being for starching habits), some with quirky names like toucinho do ceu (lard from heaven). Generally we weren’t wowed. But anyone with a sweet tooth might think differently. 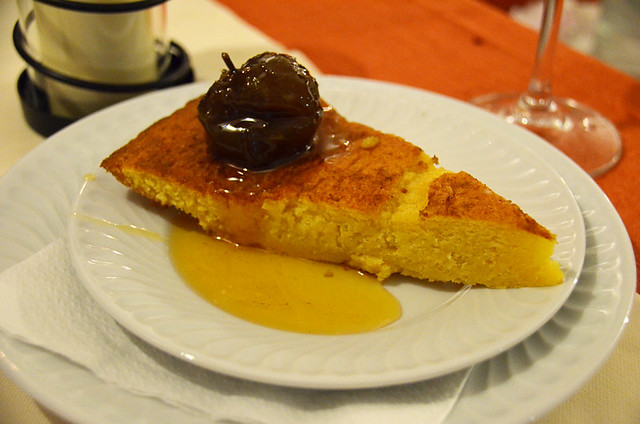 In part two of this mini-series about Portuguese cuisine we’ll travel to Lisbon and the Tagus Valley as well as The Algarve.