I know it’s a dodgy path, but it is a path. I can just about see the trail beneath the overgrown scrub and what’s more there’s a red line on my map, so it’s definitely a path. We press on. Way below us is our objective, a proper path which clearly winds across the land of 100 valleys.

The land of 100 valleys sounds wonderfully romantic, until you actually traverse those 100 valleys – there’s an awful lot of going up, going down, going in, going out. The flying crow laughs at those of us who have to snake our way around ravines. 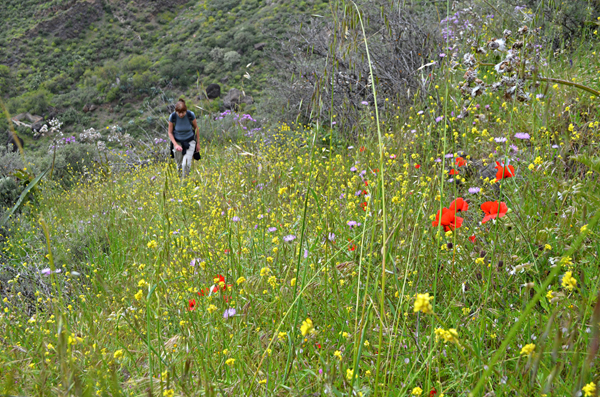 Between us and the ‘grown up path’ is a tangle which would have had Prince Charming leaving Cinderella to her dozy fate. Above is the steep incline we scrambled down for 500m. It’s getting late, we’ve lost over an hour, there’s a long way ahead, there’s no shade and it’s 24C.

Our paper map has let us down big time for the second day in a row. As I look back up the hillside through eyes that are stinging, courtesy of rivers of sweat carrying suncream into them, I remember a cocky claim I made during a travel discussion on Twitter a couple of years ago.

“In a race to get across countryside from A to B I bet using a conventional map I could beat someone who used Google Maps.”

Not using this particular map I couldn’t. 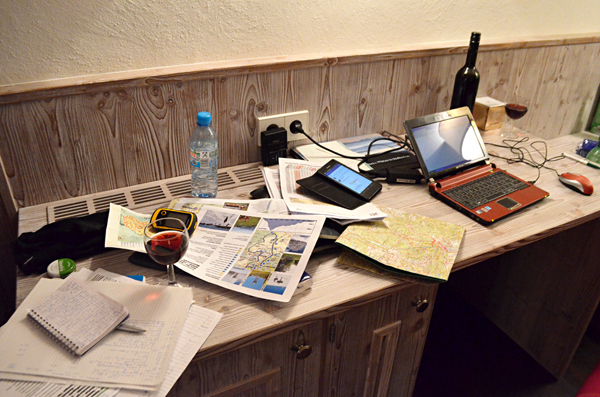 A month earlier on La Palma three of us planned walking routes for an itinerant walking holiday for Inntravel using a combination of four conventional maps as well as Google Maps and Google Earth.

Two of the maps were produced locally, the other two were two of the top sellers available internationally. None of the maps matched up exactly. However, using a combination of the old and the new, we managed to plot routes without too much difficulty.

On this route finding trip to Gran Canaria we weren’t enjoying the same success. 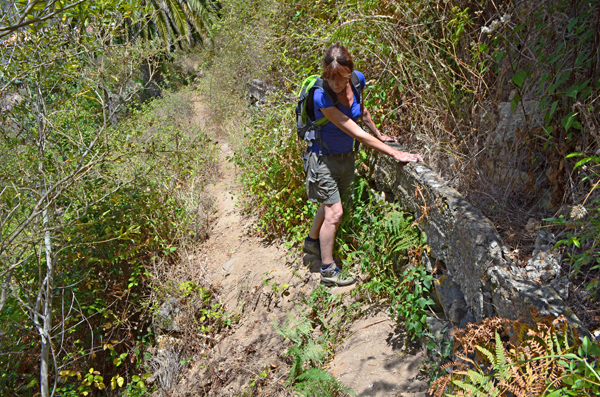 Walking with conventional maps
The maps were to blame. One showed routes which didn’t exist. The other was more accurate, but overly fussy and difficult to actually read and some routes emerged not quite where the map showed they should. The first day we’d followed a route shown on the map which was clear enough until it reached an overgrown and impassable cane thicket at the bottom of a valley. The only way to progress was along a levada, a disused concrete water channel. At least we hoped it was disused and that we weren’t going to find ourselves ankle deep in a torrent of spring water half way along. The water channel was actually a great little path… until it disappeared into a curtain of water cascading from a stone reservoir’s eroded wall.

Two hours lost on unnecessary steep descents and ascents two days in a row thanks to inaccurate maps. My confidence in paper maps was in shreds. I’m all for progress and new technology, but I was gutted at the thought the ‘old ways’ of navigating the countryside had been usurped by the new techie kid on the route finding block, Google. 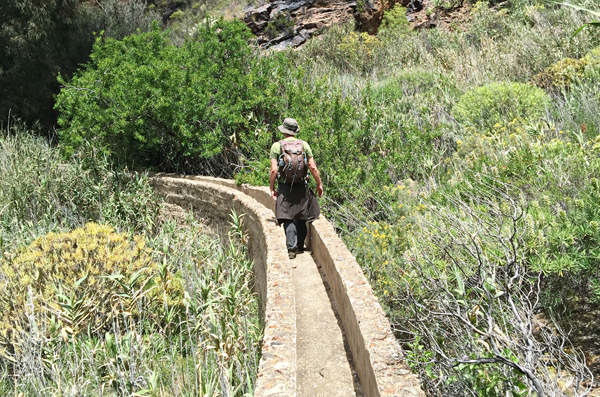 Walking with Google Maps
As the map had failed us I resort to Google Maps to seek a solution, scanning the digital countryside for anything that might take us from where we are to where we want to be without having to backtrack kilometres to where we know there are other paths. It takes some time but then I spot it, another path (not shown on my map) not too far away, relatively speaking, from where we stand. Its outline is clear and it snakes all the way to the path below us. Spirits cautiously lifted, we climb the hill in search of our earthy saviour. It’s not obvious, but we find it and sure enough it leads us to our goal.

Google Maps win. Or do they?

The day previously we’d also used Google Maps to check the path existed. What looked like a path on Google Maps had been the water channel. The outcome would have still been the same. On this route Google Maps had also shown a path although some of it was obscured. Anyone who uses Google Maps will know this often happens when paths enter woodland or anywhere with thick scrub. Google can’t see through plants. Under these circumstances it goes missing. 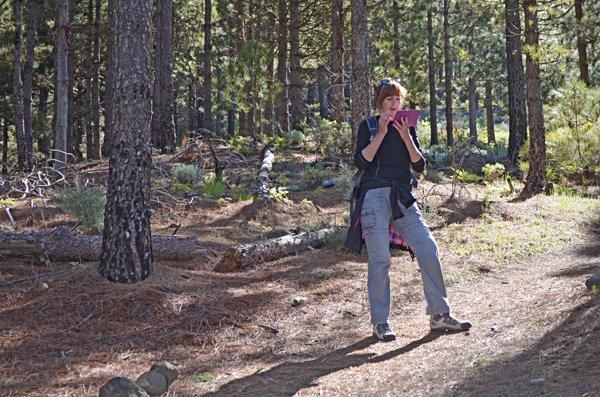 Google Maps might help steer you through the Medina in Marrakesh but, unless there’s an absence of flora, in rural parts it’s a useful guide at best. In that sense it’s no different from the maps we were using. They weren’t perfect but they were good enough to act as a guide. But not all maps are quite so hit and miss.

I grew up learning to map read using OS (Ordnance Survey) maps; beautifully designed maps which were the keys to unlocking the countryside – loyal trusted friends who took your hand and guided you safely through unfamiliar land. At a glance I could tell if I was going to be ascending steeply, or descending gently. Google Maps or even Google Earth can’t give me that sort of information at a glance, not yet anyway.

There’s another factor I haven’t mentioned so far – the human element. Neither paper maps nor Google maps would be any use without the ability to interpret the information each provides and translate that to the natural world around us. Even more important is being able to read the land itself, something that comes only with experience. Ultimately, maps and Google Maps are just tools. 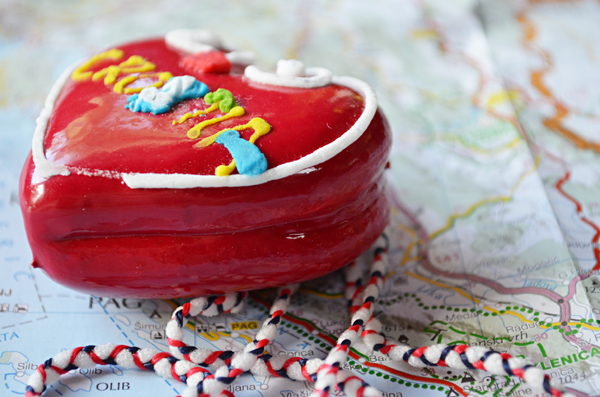 Having mulled it over I stand by my Twitter claim, with a little amendment.

“In a race to get across countryside from A to B I bet using an OS standard map I could beat someone who used Google Maps.”

A Shocking Return to Walking in Britain

“Lower! Lower!” Jack’s commands assault my ears but my back refuses to bend any further. If I squat, I get the “That’s it!” approval but then I can’t move forward. I decide to just go […]