Early last year, inspired by reading Robert Macfarlane’s superb book The Old Ways, Jack posted a blog about the paths we travel in which he showcased a series of beautiful images that encapsulated some of the amazing trails we’ve been lucky enough to follow on our travels.

It has taken me months to read The Old Ways, mainly because I’m too tired to get beyond a page or two by the time I move away from screen to page, but also because I have relished every beautifully crafted sentence, every simile, every reference, and every sentiment encapsulated by Macfarlane’s travels at home and abroad. 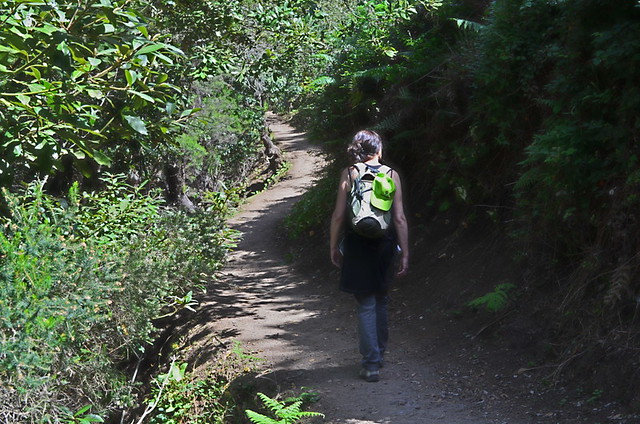 The Old Ways resonates with me in more ways than I have any intention of addressing here but two of its main themes are firstly, how walking opens your mind and gives you the space and time to think, and secondly, the connections that paths provide, not just physically, but temporally and metaphysically too. I’ve finally, and reluctantly, closed the back cover on the book and have had time to reflect on some of the ways the paths we travelled in 2015 helped to free up my mind from the constraints I have subconsciously placed upon it, and some of the connections we made along the way.

When Jack and I published our book of self-guided walking on Tenerife at the end of last year, we included a dedication to the Guanche, the indigenous people whose feet first created the matrix of paths that now form Tenerife’s walking trails. It isn’t just a pretentious forward to the book, it’s a genuine acknowledgement of the connection we feel every time we walk along a camino real (lit. Royal path) knowing that five centuries ago, bare feet created this path to take grain to market, a body to its burial or goats to higher grazing ground. 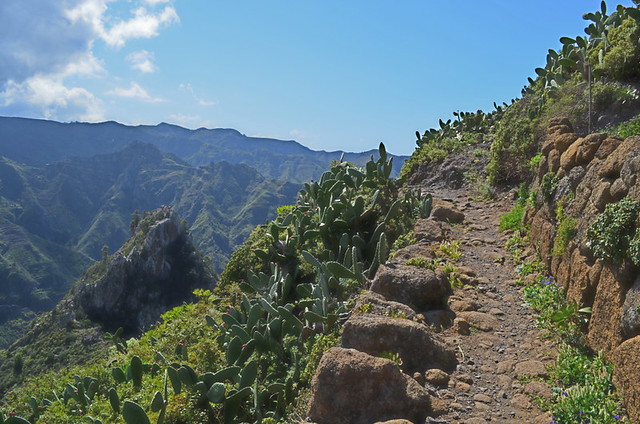 It’s while walking those paths that we’re able to free our minds from the constant pressures of the next deadline, keeping websites up to date and dealing with multiple demands on our time, and to formulate ideas for moving us forward. Those walking hours have been responsible for many of the best ideas we’ve ever had and ultimately, for directing us to where we are now. They’ve come up with feature pitches, marketing plans and BIG ideas. When we’re not walking regularly because we’re so busy writing, creativity can stagnate. It’s a delicate cause and effect balance that needs to be maintained. 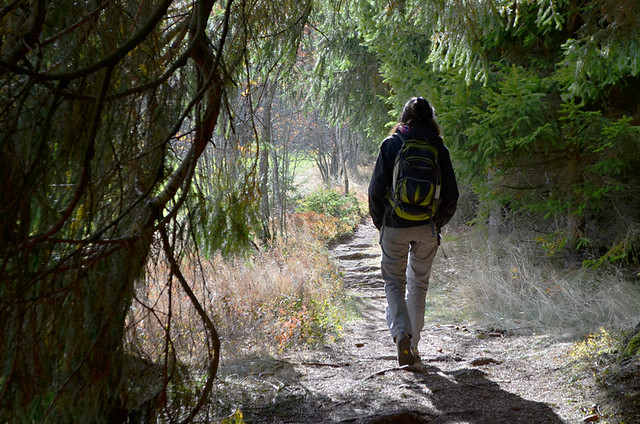 Last year, Germany featured large in our 2015 wanderings, Bavaria in June and the Black Forest in October. Both trips were eye openers in many ways, as all travel is if you give it the time and space to be so. But it was while traversing meadows and dense forests around Feldberg and Kirchzarten over a 10 day period in October that I began to make connections between the paths we were walking and the lives of the people who live in the Black Forest. From that initial link it was a short step to a deeper connection with a nation to whom our society has unjustly tagged responsibility for an event that happened almost a century ago, blinding us to their true nature. It was a Damascene moment and one that I would never have reached had I not spent so many hours walking those paths.

In May, Jack and I finally visited somewhere that’s been on our travel wish list for many years, Cape Verde. On Sao Vicente we talked to a man whose life consists of spending his days breaking rocks beneath the relentless hot sun to make the calcados, or cobbles, upon which we were walking, a job he’s done since he was 12 years old. The same cobbles weave their paths across all the Cape Verde Islands but unlike Tenerife where the paths are now maintained only by the feet of those who walk them for pleasure, here they still form the lifelines between communities, taking people to work, to school, to ports and transport hubs and ultimately, to their burial. 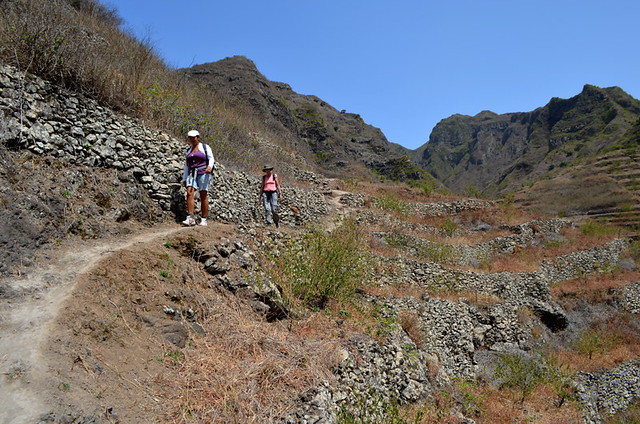 Hiking Santo Antão’s cobbled paths, every footfall brings a new connection to the living and the dead. Walking with the delightful Hetty whose endless chatter lightened the miles, we passed a cemetery high on a hill prompting Hetty to talk of her grandmother whose remains lie there; telling us how she strived all her days to support her family, walking miles along these paths to find work when her husband abandoned her to seek a better future abroad. When you’re walking long distances, your feet find their own rhythm and go into cruise control, allowing your mind and ears to fall in step so that the act of putting one foot in front of another becomes a vehicle for your thoughts. As I listened to Hetty, the invisible walls between present and past began to fade and I felt an almost physical tie to that strong woman who became for me, a symbol of Cape Verde itself, fighting against all odds to survive and thrive.

While Jack and I walk across the Canary Islands and Europe, stopping to breathe in the beauty that surrounds us, we are also walking our own path, making our way towards a future as yet unknown. With each footfall, we hope our chosen path will lead us somewhere wonderful, connecting us to people and places that will influence our lives in some way. We may not yet know the destination but we strive to enjoy every step of the journey.