For obvious reasons I deliberately didn’t put the English translation of sarrabulho in the title. It is pigs’ blood rice.

Yep, I can see the outline of your back as you run screaming from this post. But, trust me, if you do it’s your loss.

When Vitor, manager of the small but stately rural hotel we were staying at, described this classic dish from Ponte de Lima in Minho I must admit to having doubts about trying it. However, it is an incredibly popular dish; people seek out restaurants which specialise in making it. So it had to be tried. Vitor, being a member of a sarrabuhlo confraria (brotherhood), knew the best place to dive into our first taste of pigs’ blood rice. 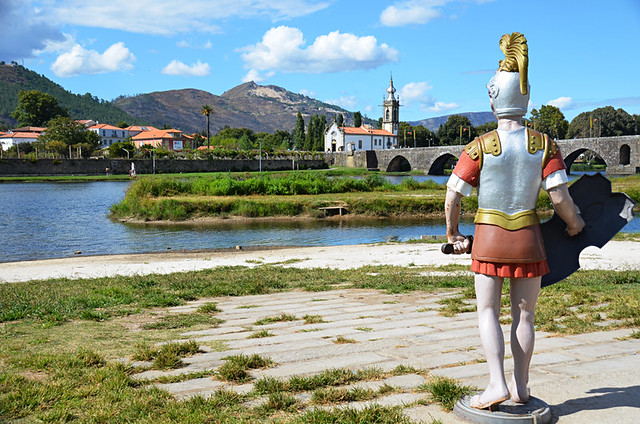 Restaurant Rotunda da Feitosa, located beside a roundabout on the outskirts of Ponte de Lima, is unlikely to be stumbled across by visitors to the town, even though they’ve a reputation for outstanding sarrabulho and generally good food all round.

We plonked ourselves beneath a TV where Sporting Lisbon were beating Basel in the Champions League, much to the disappointment of the locals, and Vitor did the ordering. When he mentioned sarrabulho the waiter’s eyes flicked towards us and back to Vitor again before he asked: “Are you sure?” 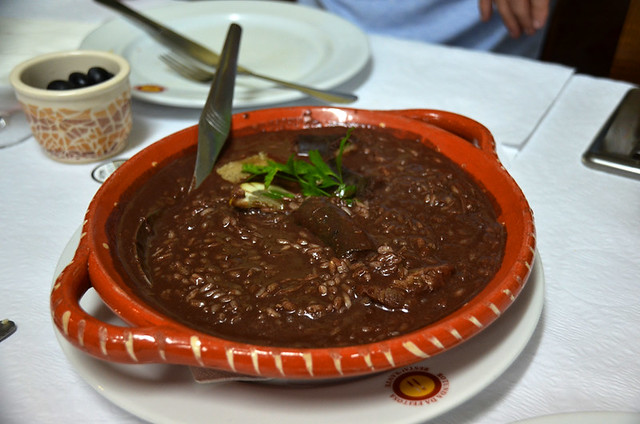 What is sarrabuhlo?
Its origins date back to post Black Death Middle Ages when food was so scarce the poorest people, unable to afford meat itself, used animal blood mixed with bread to lend food meatiness. The result was considered so tasty it has endured as a signature dish of the Minho.

Sarrabulho is served in two parts. The first is arroz de sarrabulho, rice cooked in pigs’ blood with chunks of blood sausage (a bit like black pudding), seasoning, spices, and various cuts of meat. Once cooked most of the meat is removed and the dish is served in a bowl, almost like a risotto. 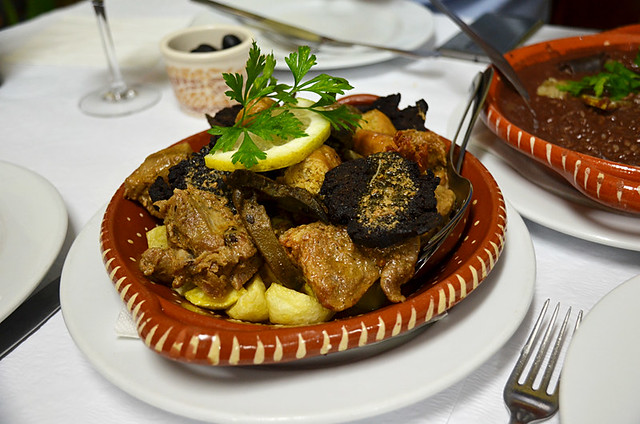 They make a hearty twosome.

It’s traditional (i.e. essential) to complete the dish with red vinho verde served in a cup. 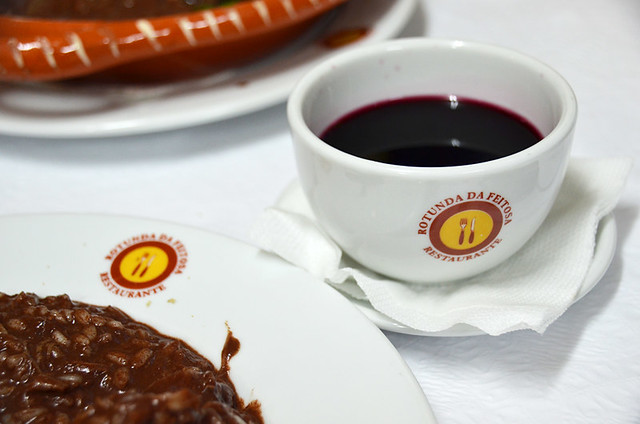 Verdict
Where papas de sarrabulho, being a tasty meat and spuds combination, won’t surprise any meat eater, arroz de sarrabulho is a revelation. It is rich, full of flavour and delicious with a capital D. A couple of spoonfuls and it became crystal clear why it was elevated from a pauper’s plate to a regional speciality; it is a proud prince of a dish. I loved every bloody mouthful.