I spluttered and gasped. Thankfully Nicolai wasn’t there to see me. I felt the top of my head to make sure it was still there. The piri piri sauce was explosive to say the least.

A couple of days earlier I’d told our guide Nicolai that us Brits were used to searingly hot sauces. We were the nation that downed vindaloos for fun. I gasped and wiped my eyes and used all of my self control not to reach for any liquid. You could say the local piri piri was spicier than anticipated. 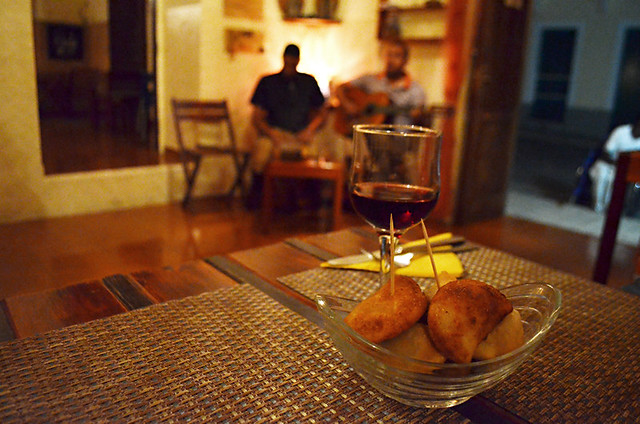 Night time in Punto do Sol on Santo Antao. It’s the island’s version of a tourist resort. I’m glad someone told me that otherwise I might not have realised.

There are some tell-tale signs, low rise builds at the back of the town where our guest house is located. ‘Uptown’ as Nicolai called it. Downtown, where the centre of town, seafront, bars, restaurants and shops are located, lies about 300 metres along the road from uptown. It’s not a big town. 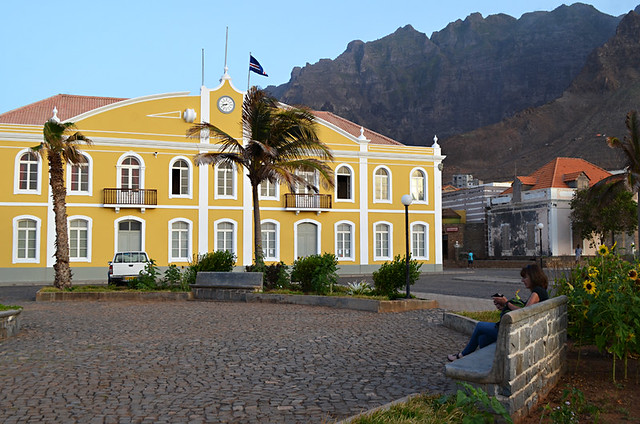 The main square is a typically cobbled affair with a lemony colonial town hall on one side and a simple church on another whilst at the centre are some stone benches where you can access free wifi (in theory).

On a lazy Sunday evening locals were chewing the fat around the sea wall overlooking a mutant diver. There are usually killer sunsets here. It’s a feel-good scene, easy and friendly. We’d grabbed a ringside seat at a snazzy bar/restaurant called Caleta located between humble cottages with peeling plaster façades and bleached window frames. The menu was appealing and quite sophisticated, but a wee bit overpriced. Good enough for a sunset drink but the food prices catapulted the Black Cat Café (Cantinho do Gato Preto), on Rua Direita between the harbour and the square, to the top of the ‘places to eat dinner’ list. 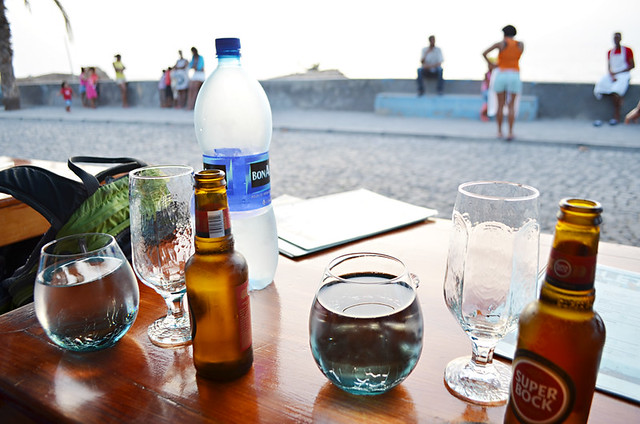 The beer at Caleta was good and the water glasses surprisingly chic but the sunset was a washout or, more accurately, a white-out.

Beer downed, we decamped to the Black Cat Café before the white sun had slipped below the horizon. I liked it immediately. Warm, African vibes and arty with a sassy waitress. 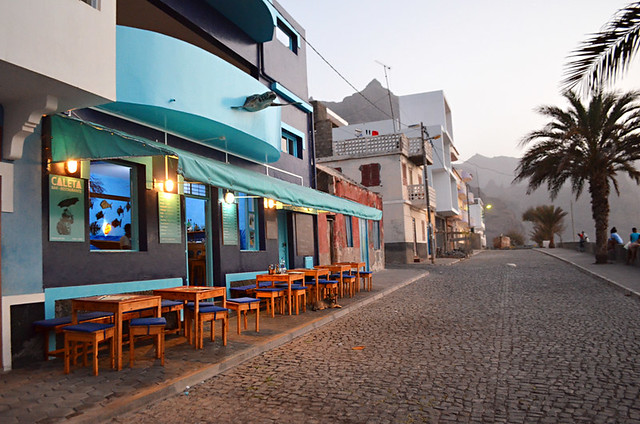 The dining room was half full of European visitors whereas the bar area in an adjoining room was the haunt of locals and expats. Although lower in price than Caleta, the menu was equally appealing with a nice mix of chicken, fish and pasta dishes.

We ordered little fried half-moon pies filled with a savoury mix to start. These were pre-empted by a sweet potato pate amuse-bouche with what looked like Jacob’s Crackers. 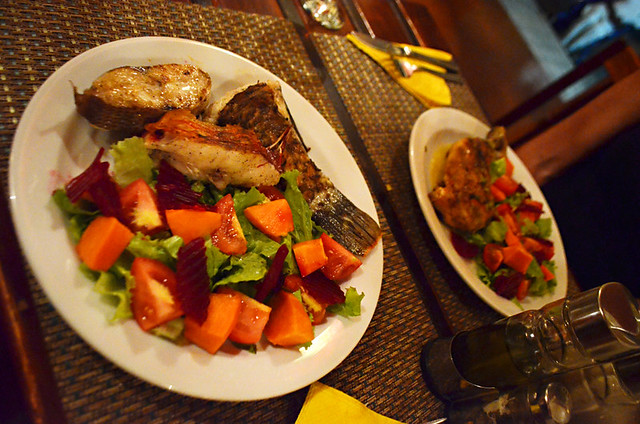 Sunday night is live music night (Wed also) and as we munched our way through the petiscos a pair of musicians crooned soothingly melodic Cape Verdean songs. These perked up in both volume and energy as our petiscos were replaced by chicken in lime and chilli (hot stuff) and a juicy plate of grilled fish with papaya and tomato salad… plus the sadistic piri piri.

Round about this time the Black Cat Café changed from being a rather demure but extremely pleasant place to eat to a lively joint where food was wolfed exuberantly, drink was glugged enthusiastically and locals gyrated their way skilfully between the tables to the sounds of a more energetic Cape Verdean beat. 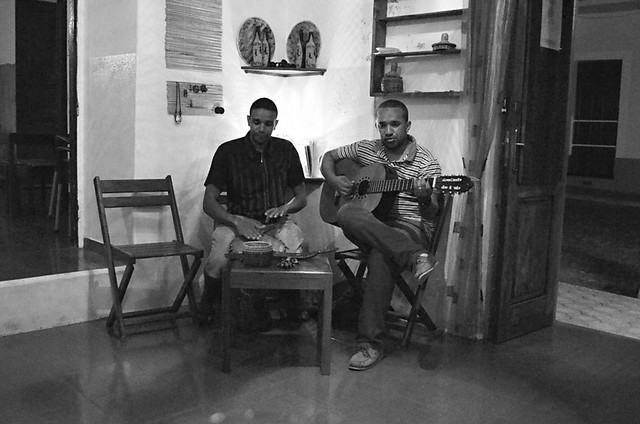 The catalyst for the change was the arrival of three attractive local girls which prompted the musicians to up their game and concentrate on more upbeat songs that involved a lot of pointed declarations of love.

The musicians sang, flirted and danced. The sassy waitress affectionately slapped a few male faces in passing in response to a) flirtatious remarks b) more attention on the three girls than on her.

Everyone laughed a lot, sang a lot, danced a lot. Dance partners changed as quickly as empty beer bottles on the tables and people came and went in a constant flow. It was lively, friendly and a people watching paradise – the sort of bar (restaurant) I hate to leave. 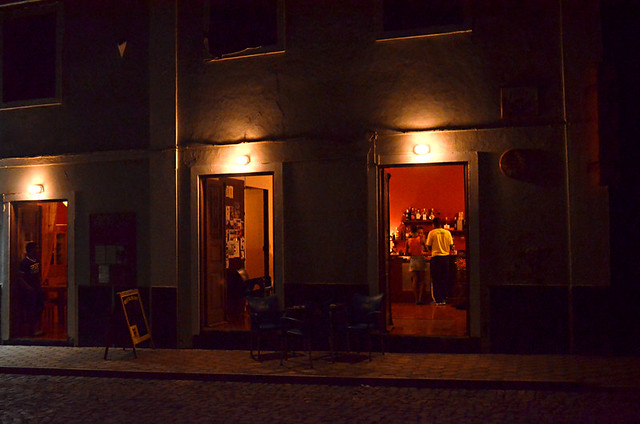 Eventually we did manage to drag ourselves away; we still had a journey back uptown to complete…. all three hundred yards of it.