Herby feta on potato rosti isn’t a recipe from any particular country; call it a European fusion that involves Greek feta and Swiss rostis. We’ve added it because it’s a stylishly sophisticated vegetarian recipe with a dazzling mix of flavours which looks très chic and tastes even better than it looks. 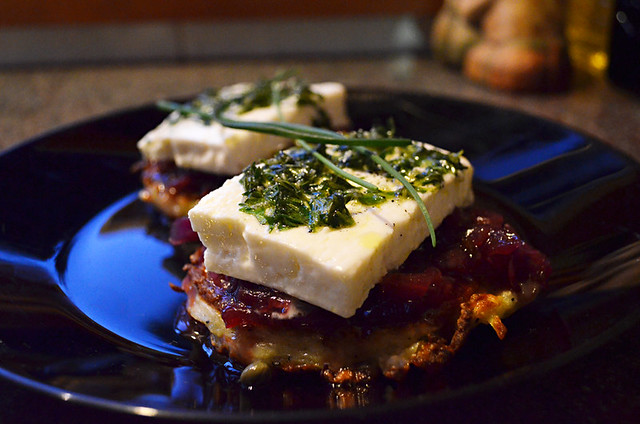 We first saw it years ago in a series of vegetarian recipes called ‘posh nosh for less dosh’ which describes it perfectly.

This is a dish guaranteed to impress. 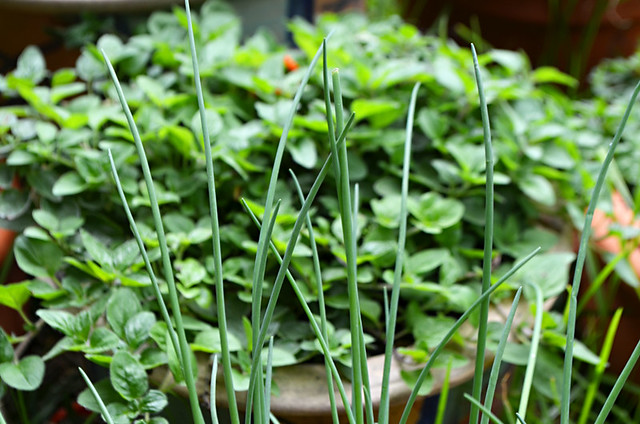 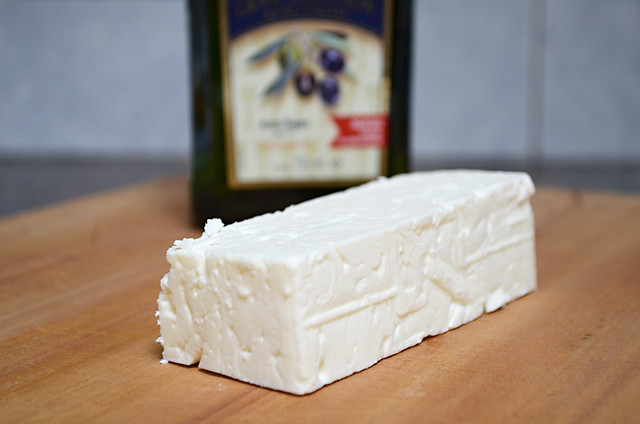 Place the potato rostis on a plate. Spoon some sweet and spicy marmalade onto them, carefully place a slice of herby feta on top and drizzle the remaining herby dressing over the dish. 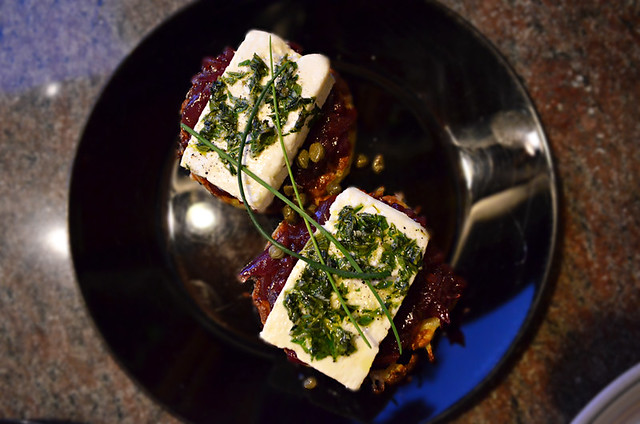 For a finishing touch, place a sun-dried tomato on top of each slice of herby feta and casually fling a few capers around to complete the sweet and savoury combination then arrange the chives on top. We have two rostis person for a main meal, or one each as a starter.