Climbing steadily above the shore of upper Lake Garda, the views back down over the lake are breathtaking, not just metaphorically but also literally as the dust being raised by cyclists speeding past me on their descent to Riva Garda, their lycra-clad thighs a mere blur, invades my nostrils. 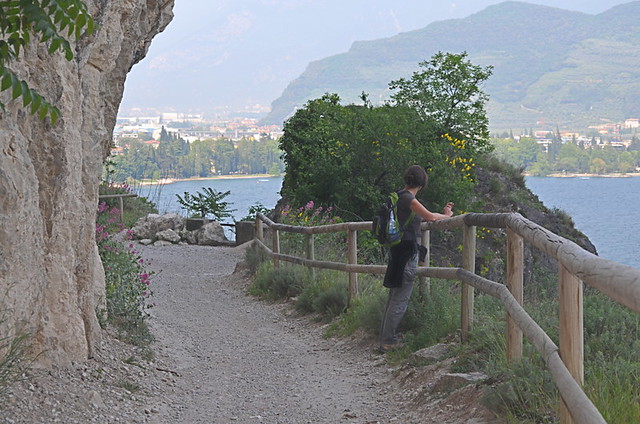 As a hiker, I’m in a minority on this path, the vast majority of users being cyclists. I try to put them out of my mind and relax into the walk but within moments, my enjoyment is shattered by the incessant ringing of a bicycle bell. I turn around in time to step aside as a family of cyclists roll past. The path is barely wide enough for me and a single cyclist, so when a bike towing the youngest family member in a tricycle tries to squeeze past I have to flatten myself against the rock. It’s brilliant to see this family outing, I just wish there were separate paths for them and me. 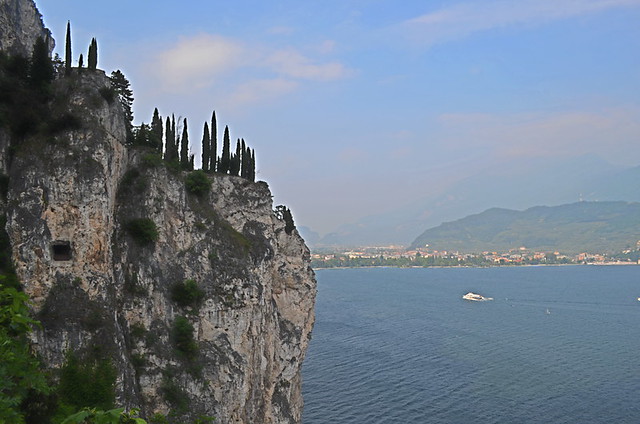 Constructed in 1850, the Strada del Ponale connects lovely Ledro Valley to Lake Garda and for a long time was the only means of transportation between the two. Restored and re-opened in 2004, the path twists and turns through tunnels and along ridges with the glistening turquoise waters of Lake Garda ever present below where yachts skim across the lake, their red and blue sails carried by the breeze like butterflies on ice.

Round a narrow bend I’m suddenly confronted by three cyclists who are a hair’s breadth away from sending me flying. Their last second adjustments send clouds of dust into my eyes and throat as they continue their break-neck descent. After another two  kilometres of this I lose heart and turn back. On the way up I’d noticed a vague, overgrown path at the side of one of the tunnels and when I reach it, I deviate from the path. As the whizz of cyclists fades into the background, I scramble down to an old military entrenchment, perched on the cliff edge like a crow’s nest. Finally, I can enjoy the scene below and the spectacular setting of the Ponale without having to keep a wary eye for wheels at my back. 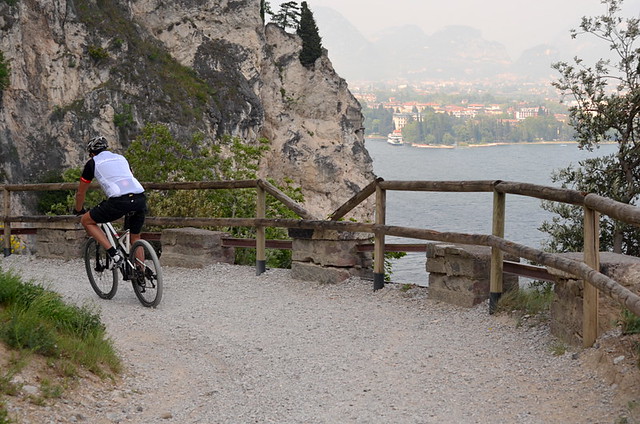 Walking in the Italian Lakes, many of the paths we enjoyed were cycle ways as well as walking routes, mainly along river banks and lake shores where wheels and boots happily shared the space and enjoyed the views at a leisurely pace. But whenever there was a downhill involved, whether it was forest tracks or mountain trails, we found our enjoyment marred by speeding cyclists who left themselves little time for taking evasive action when suddenly confronted by fellow path users. On one occasion I was nearly felled by a mountain unicyclist which would at least have had comedic value had an accident occurred. 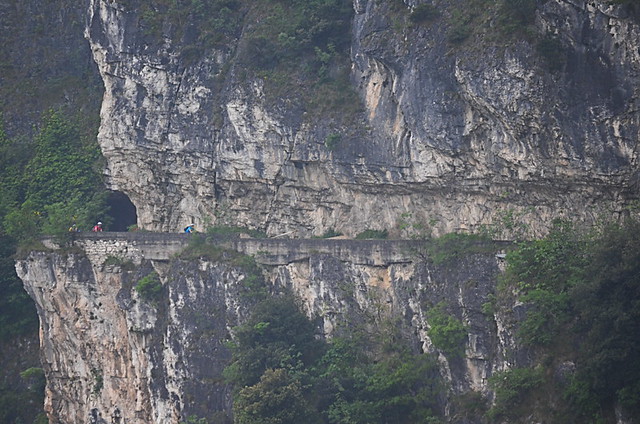 Cyclists and hikers both enjoy the world at a different level from motorists and have a shared love and respect for the countryside. I have no issue with cyclists, not being averse to taking to the saddle myself, but in my opinion, gradient paths do not lend themselves to the mix of wheels and feet. The Ponale must be one of Europe’s most spectacular trails but as a hiker, its joy was marred by the presence of so many cyclists and I wouldn’t be surprised if the Ponale cyclists felt the same way about the hikers. On this occasion, I’m afraid hikers and bikers simply don’t mix.