I could give you a raft of reasons why the Waldhotel Fehrenbach in Alpersbach, little more than an extended meadow in Germany’s Black Forest, sticks in our minds as being a hotel with a stand out personality. 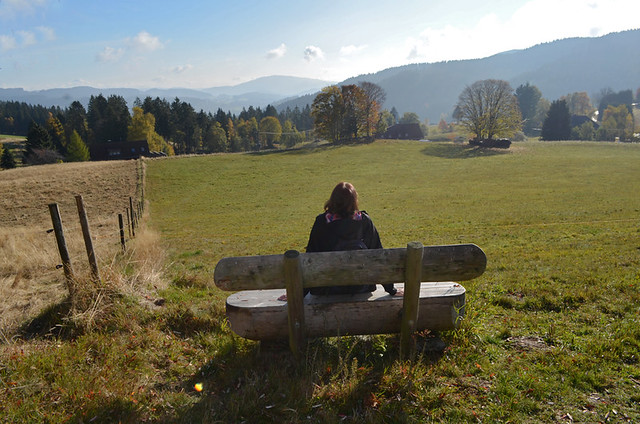 One could be because the owner, Herr Fehrenbach, didn’t so much as blink an eye when we introduced ourselves on arrival with “We’re Jack and Andy, do you have a hacksaw?”
Longish story, but the request was because I’d locked the padlock keys inside our cases and needed one to saw through the padlocks which separated me from their keys.

Another could be that in a land of wonderfully hearty gastronomic fare, Herr Fehrenbach’s nightly culinary offerings were elegant and surprising, involving an imaginative use of local ingredients – black forest cherries, pumpkins, venison cooked in hay, fir sauces, local hams, willow bark, polenta flavoured by wild rosemary and so on. 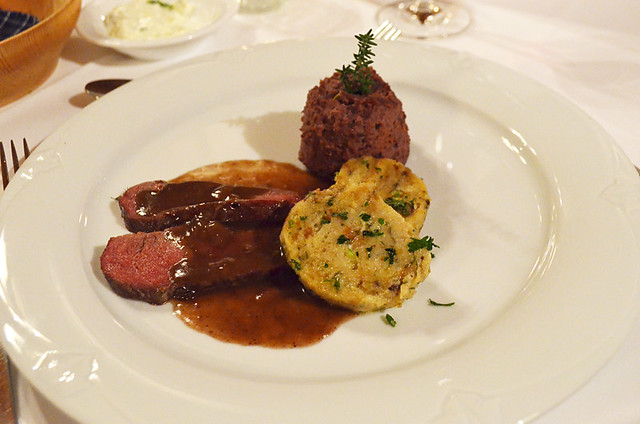 But the personality pièce de résistance was the hotel’s Sunday breakfast in the barn.

The hoe down breakfast barn in the Black Forest
Breakfast any day at Waldhotel Fehrenbach tends to be a lavish affair, but on Sundays it careens into OOOOk-lahoma territory as it’s held in the hotel’s vast wooden barn. 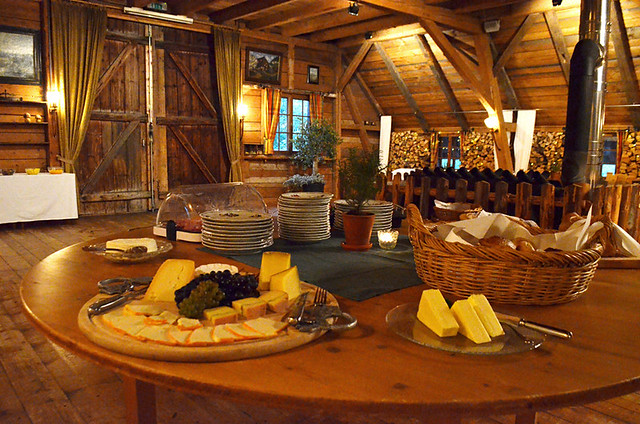 Think ideal venue for a hoe down and you might be close to its appearance – wooden rafters, walls consisting of chopped logs, wagon wheels, various farming implements, an industrial sized stove in the centre of the room. The breakfast itself is a spread worthy of champions, and their hungry mates – various King Arthur-esque tables covered in cheeses, warm breads, fruit, an array of cold meats and sausages, homemade jams (rhubarb, strawberry, Pinot Noir), cereals including Bircher muesli – a dish which is a must for me whenever it appears on a breakfast spread. 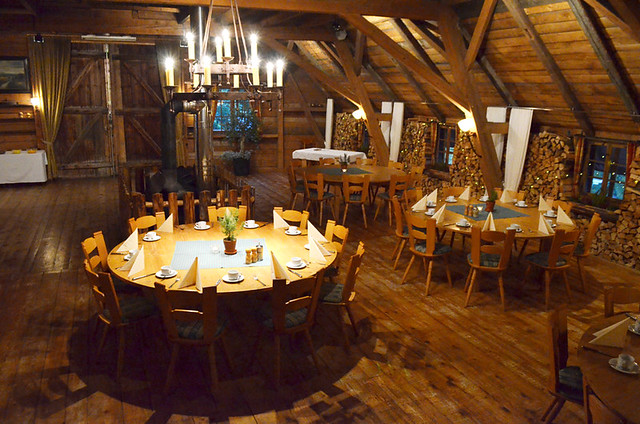 Although the culinary offerings are first class, it’s the setting which elevates it into a unique and surreal experience. I especially loved watching the expressions on other guests’ faces when they stepped into the barn to be faced with a wonderfully outlandish slice of kitsch. As it’s in the Black Forest, known for it’s famous cherry gateaux, maybe that should be kirsch rather than kitsch.

We absolutely loved it.