The things you learn when you travel, simple things. Nothing that will shake up the world but little snippets that make you exclaim ‘jings crivens, I didn’t know that’. The jings crivens bit is maybe just me and I hold Oor Wullie to blame for it. If you’re bamboozled by now don’t worry about it, if you’re not then you’re probably Scottish.

Take the humble croque-monsieur, the French name for a cheese and ham toastie with aspirations. Just about everyone is familiar with the croque-monsieur – a griddled or toasted sandwich consisting of French ham, Gruyere cheese and bechamel sauce. It’s a nice little Parisian snack.

What I didn’t know until we spent a few hours in Montparnasse in Paris was the croque-monsieur can have its sex changed by the flip of a fish slice. Slip a fried egg on top and it apparently becomes a croque-madame. 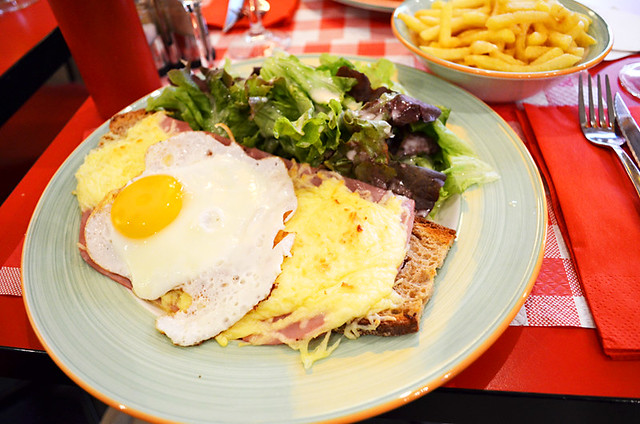 Some say the reason is that a fried egg looks like a lady’s hat from the early 20th century when both his and her versions appeared.

Don’t tell the Parisians, but I prefer the over the top and magnificently messy Porto take on the croque-monsieur, the francesinha.

We Went to Paris and Didn’t See the Sights

Lying outside of Paris’ city limits, Montparnasse was exempt from alcohol tax and subsequently bars, restaurants, cabaret halls and theatres sprang up… […]