I tell a lie and immediately feel guilty. But as I step off the coach into the sunshine, the warm rays act as a rapid antidote to help dissipate the guilt. After all, it was only a white lie.

2015 is the 50th anniversary of the release of one of the most successful musicals of all time, The Sound of Music. The Austrian city of Salzburg is rightly proud of its association with the film and just about every stroll through its pretty streets brings you into contact with the ghosts of the film. 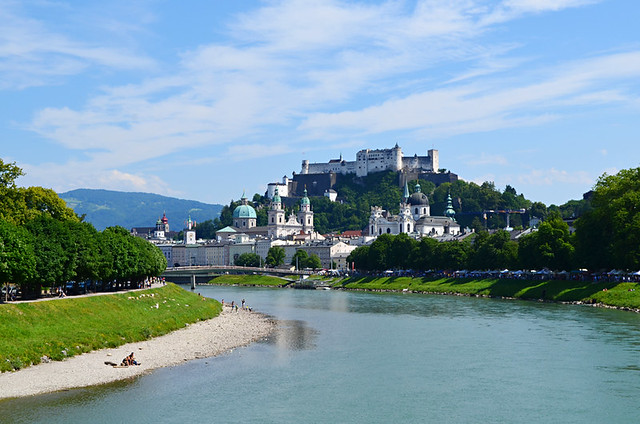 We’ve already seen the quite spellbinding marionette version of the musical at the Marionette Theatre and the location of various scenes shot at the Mirabell Gardens – I’ve had Do-Re-Me and Edelweiss looping round my brain for days – and now we’re on the Original Sound of Music Tour with a charming, dirndl-wearing guide.

It doesn’t really matter whether you’re a fan of The Sound of Music or not, the tour is a relaxing and interesting way to enjoy a trip around some of the Salzburg highlights that are not in easy walking distance of the city centre. 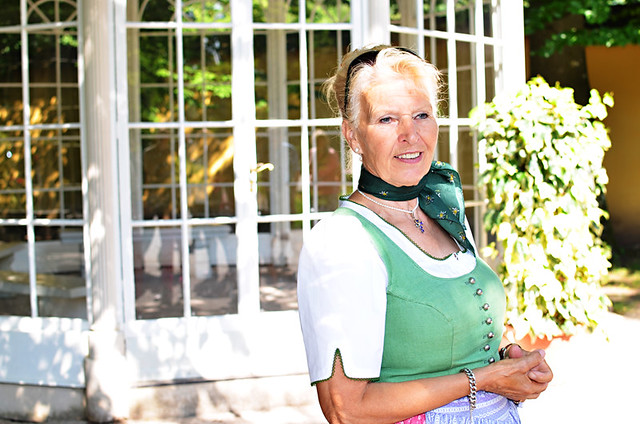 The Hellbrunn Gazebo
Almost immediately it’s time for a romantic interlude beside the gazebo where Liesl, one of the von Trapp girls, sang ‘I am 16 going on 17’ in the film. The gazebo was built for the movie and donated to the city after the moviemakers departed. Hellbrunn looks like it’s an intriguing place to spend more time exploring, the idea of ‘trick fountains’ in a Baroque wonderland sounds alluring, but it’s a trip which will have to wait till another visit to Salzburg. The surrounding countryside is dreamy enough to fill heads with song irrespective of the fact a famous musical was filmed there. 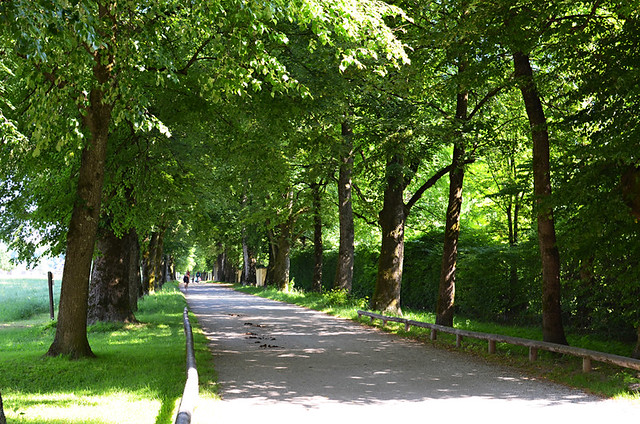 Leopoldskron Palace
Leopoldskron is even more picturesque than Hellbrunn. The lake is serenely beautiful, with the lakeside Palace (the von Trapp residence in the film) and the Hohensalzburg Fortress in the background adding stern gravitas. It’s another romantic location, the place where Marie and Baron von Trapp danced on the balcony. Not seen on screen was when Julie Andrews accidentally dropped one of the children in the lake during filming. 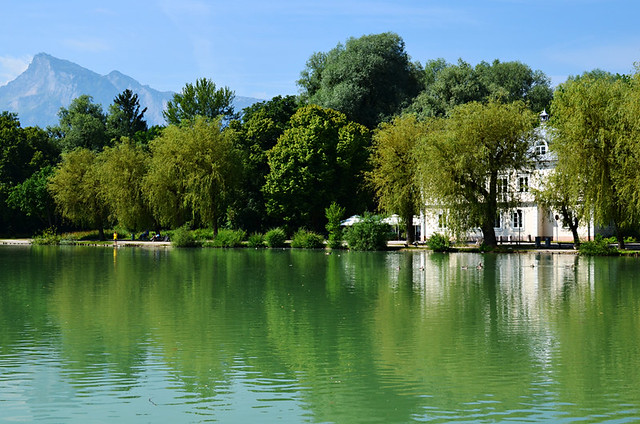 Nonnberg Convent
Our coach heads back to the centre of Salzburg and the distinctive Nonnberg Convent where Maria sang… ‘Maria’. Maria, Baron and the von Trapp family existed in real life and lived in Salzburg where Maria was a novice at the convent. It was also the venue for Maria and the Baron’s wedding which took place quite a few years before 1938, when they met, argued and fell in love in the film version.

It’s at this point I tell my white lie. 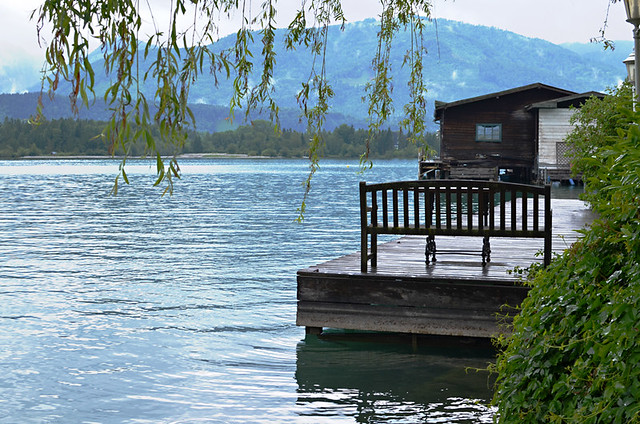 The tour is due to continue to other film locations in Mondsee and St Wolfgang, another two beauty spots. We’d been in St Wolfgang a few days previously so there was no point in returning when time was short and we still had so much of Salzburg to see.

That’s what I tell our guide.

It’s true, we had been in St Wolfgang a few days earlier. But it’s not the full story.

The guide mentioned that we’d be joining in a sing-song of the film’s numbers as we drove to St Wolfgang. Communal singing brings me out in a cold sweat. As a child I mimed along to hymns in church and at school assembly rather than allow my singing voice out in public.
The idea of singing along with others is a nightmare (when sober at least). I know when I open my mouth, the sounds that emerge will bear no resemblance to the soundtrack from The Sound of Music. 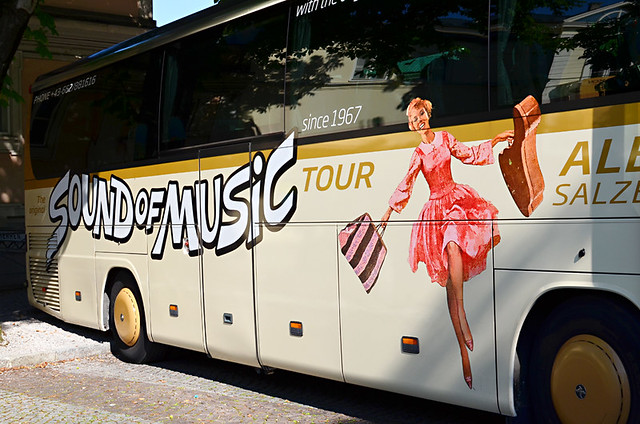 So I make my excuses and leave the others to sing along to their hearts’ content without the addition of my tuneless squawking.

It’s not really a lie, in fact it’s more an act of mercy.

Info Bar: Our Original Sound of Music Tour was arranged by Salzburg Tourist Office. The tour leaves from Mirabelplatz beside the gardens at 9.15am and 2pm, takes around 4 hours and costs €40.