Ever since we first heard about the troglodyte village of Chinamada in the Anaga region on Tenerife we desperately wanted to see what the interior of the cave houses looked like. But how do you go about getting to see the inside of someone’s cave house, simply roll up and ask: “Hola amigo, can we have a nosey inside your house?”

The answer, when it eventually came, proved even more simple than that. 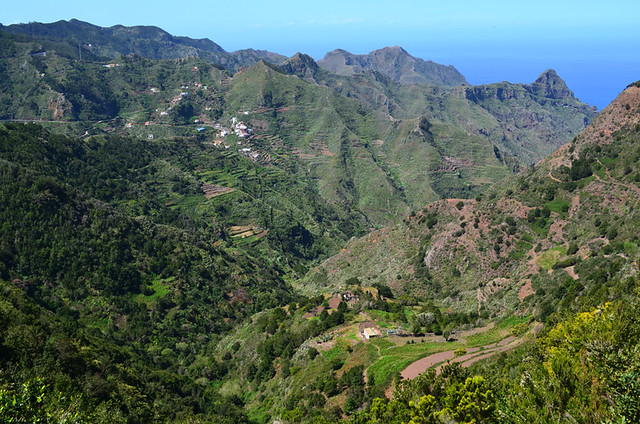 We had a couple of days to show film-maker Bob Crampton some of Tenerife’s most photogenic and interesting faces for a short, Slow Travel film, and thought Anaga with its stop-you-in-your-tracks scenery and cave houses might add something people didn’t expect from an island known more for its mass tourist and beach resorts.

The plan was to show Bob the inside of a cave building in Chinamada, a hamlet tucked into one of Anaga’s many folds, but only at La Cueva restaurant rather than any of the inhabited cave houses. Lunch at La Cueva also provided the opportunity for Bob to film some traditional Canarian dishes – papas arrugadas con mojos (wrinkled potatoes with spicy sauces), fried rabbit, and escaldòn, a filling splodge of a dish made from stock mixed with gofio (toasted cereal flour that dates back to the pre-conquest of the Canary Islands). The one at La Cueva is made with vegetable stock with shredded meat mixed in, and they claim it is the best on the island. It is an acquired taste is all I’ll say about escaldòn. 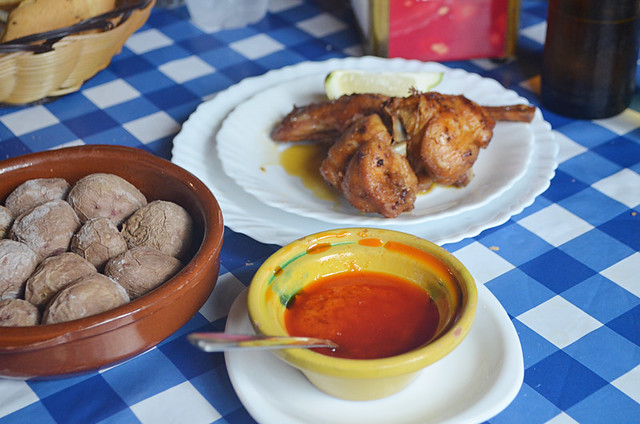 Following lunch, we took Bob and his equipment along a narrow trail to a vertiginous viewpoint overlooking Anaga’s lush abysses, passing the cave houses on the way. On hearing what they were, Bob set up his camera to shoot some footage of a row of buildings which, on the face of it, looked like any other typical Canarian cottages; typical, except their interiors lie wholly inside the rock. As Bob fiddled with his camera settings, I spotted a man watching us from the terrace in front of one of the cave houses. As it seemed rude to film without asking permission, I asked in Spanish if it was okay to take some photos. 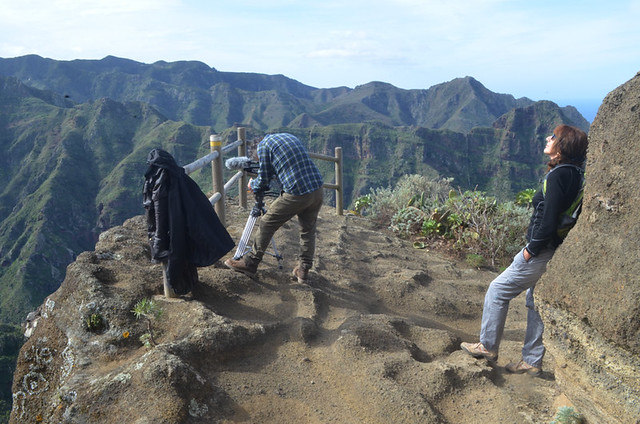 “Si, claro,” the man shouted back, before indicating we should join him on his whitewashed stone terrace.
We introduced ourselves and told him what we were doing. He told us his name was Segundo to which Andy asked him if he had an older brother.
“Yes, how did you know that?” Segundo replied, impressed.
“Just a guess,” Andy responded, smiling.

Segundo was a potato farmer, something we might have guessed as he was cutting seed potatoes and dropping them into a huge plastic bin. We chatted casually as Bob started the camera rolling, letting Segundo do most of the talking. He spoke about potatoes, the weather, his family, and the cave houses. The one we were outside wasn’t a house at all, it was his workshop and store. Inside was stark and dark, just a table with four chairs around it. 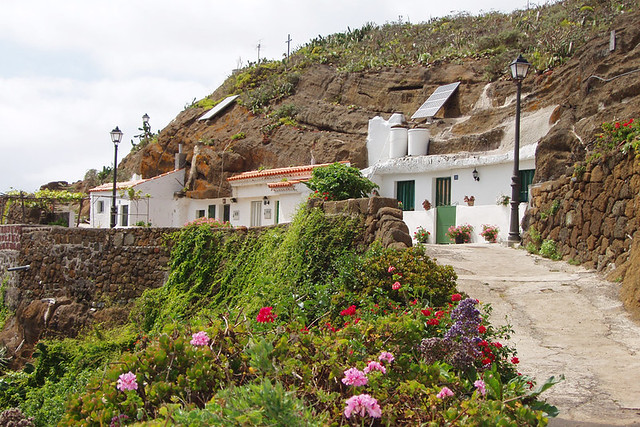 Bingo. For years we’d yearned for that moment.

Segundo led us along a path to another cave house further up the hillside. It was virtually hidden from the track below and his family had lived there for generations. He opened the door and invited us inside to have a good look around.

So what is the inside of a cave house like?

It’s much the same as the inside of any traditional house on Tenerife – homely and immaculately clean and with many of the creature comforts of modern living, including a television.
In all honesty, I was disappointed; although, I don’t really know what I’d expected – something which looked like the Fred and Wilma Flintstones’ abode maybe? Even though I obviously knew that was a ridiculous notion. 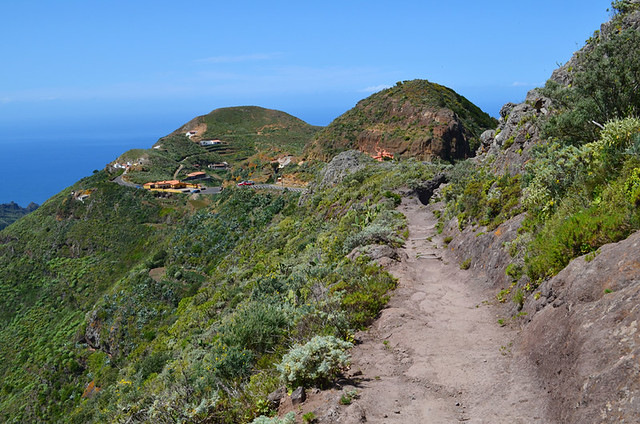 It was such a normal home, apart from the fact the walls being rock, I didn’t take any photos and Bob didn’t shoot any film. There wouldn’t have been any point as there was no visual impact.

But it did finally satisfy our curiosity about what the inside of Chinamada’s cave houses looked like and, even though his house didn’t make it into the final cut, Segundo did end up in the finished film.

In the Kitchen with José Marín, Head Chef at Restaurant La Parrilla