I’m currently engrossed in ‘Conquerors – How Portugal Forged the First Global Empire’. It is an enthralling account of Portugal’s thirst for discovery, and riches. As the pages turn I jump between open-mouthed admiration of the men who were willing to step off the edge of the world, to boldly go so to speak, and revulsion at some of the tactics they employed. Amid the pages are names of Portuguese towns and cities I’d never heard off. Historic centres which were once homes to kings but are now largely anonymous beyond the country’s boundaries. Similarly, on social media this morning I saw photos of a dream of a place in Portugal I didn’t know existed. Locals reel off unfamiliar names all the time – “You must visit (insert name), it is beautiful” and I scurry off to find it on Google Maps. 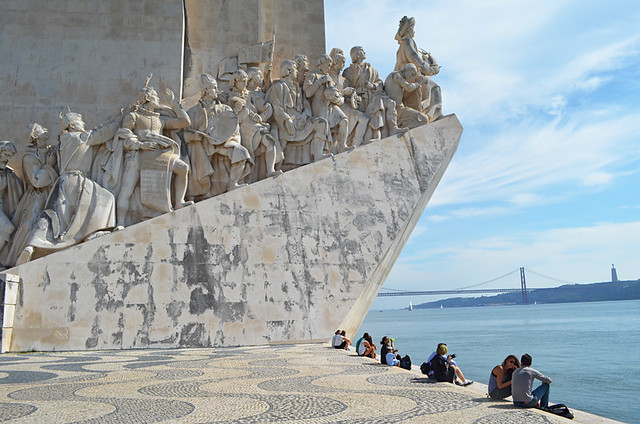 Evora, which sits nobly above the sprawling Alentejo plains, wasn’t quite one of these. I had heard of it for one quirky reason, but didn’t know much about it beyond that. It probably falls in the bubbling under category; not as well known as Porto, Lisbon, and the resorts of the Algarve, but being a UNESCO World Heritage Centre has given it more fame than many other of the towns and cities referenced in the books about Portugal I’ve devoured recently.

The city rose to prominence at the time Vasco da Gama and Ferdinand Magellan were sailing their way into history books. However, Evora initially came on to our radar because of the unusual Capelo dos Ossos (Chapel of Bones) with its morbid walls and arched vaults consisting of the nicotine-coloured skulls and bones from 5000 skeletons. It is one of those bizarre sights you simply have to see. 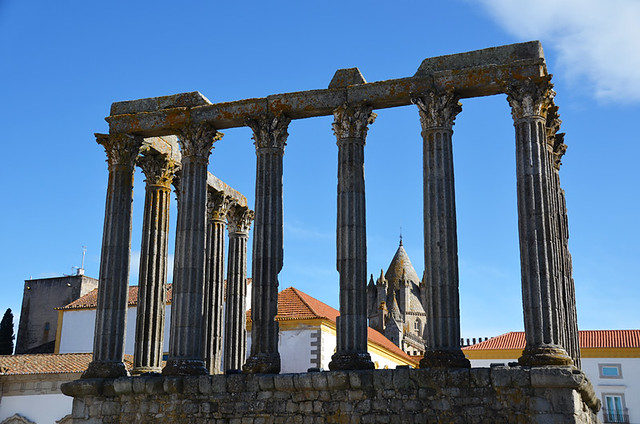 The way we try to get to know a place tends to involve two approaches. Prior research online, followed by hoofing it about the streets in the anarchic fashion of a dog who knows where it wants to get to but who will invariably be distracted by sights, sounds and smells along the way. Walled towns like Evora are ideal for this approach as there is a limit to how far meanderings can take you. Additionally, everywhere is of interest in a walled old town. In Evora this ranged from monuments such as the Romanesque Temple of Diana and 16th century Aqueduto da Água de Prata to learned university cloisters, convents and palaces built for the aristocracy who found favour with the city at a time Portugal was ‘discovering’ the world to the east. And, of course, the infamous Capelo dos Ossos. Up close the boney chapel didn’t disappoint – it is delightfully macabre to the point of being spooky.

“The scraggy skulls are my company. I have them night and day in my memory” – an inscription in the chapel. 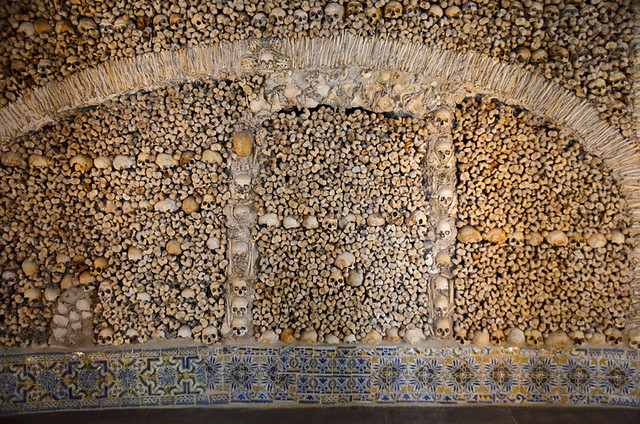 In contrast to the Portuguese hot spots of Lisbon and Porto, Evora’s pretty old streets were relatively tourist free. Some were clearly bussed in from elsewhere, but not in enough numbers to upset the local to visitor balance. Grand architectural statements such as the Palácio dos Condes de Basto or the Igreja dos Cavaleiros de Calatrava exist to be admired. But we got as much joy from traipsing cobbled streets which twisted and turned past the more humble residences with their blinding white-washed walls bordered by sunburst strips. This sort of exploration requires regular rest periods, taken in the morning at a trendy little cafe, Chá and Chocolate, at the market, or coffee beside the duck pond in the public gardens. In the afternoons we paid over the odds for beer in elegant Praça do Giraldo – worth it for the vibe, and entertainment provided by a singing dog (accompanying a decently-talented blues musician). 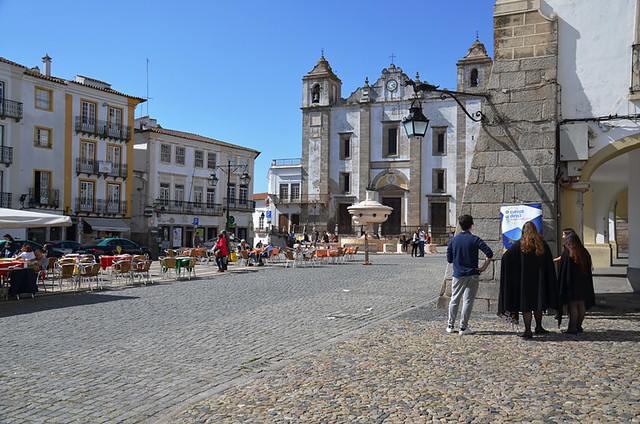 Picking up local tips is always a part of getting to know anywhere. Insider knowledge is particularly useful when it comes to where to eat, especially on the first night. Tripadviser reviews can be good for compiling a ‘wish list’ of places which might match personal preferences, more so when accompanied by travel article recommendations. But in Evora we ignored the number one choice on TA, also recommended by some travel articles. Despite lyrical waxings which made dishes sound more exotic than they were, photos showed the food to be no different from the typical of the area found in numerous traditional restaurants. Instead, we took the advice of the fashionista receptionist at our hotel, a girl who made the traditional flat cap worn by many older men in rural parts of Portugal look worthy of the cover of Vogue, and nabbed ourselves a stylish table at Chouricaria da Praça. The menu consisted of trad dishes with knobs on. We ate smokey alheira croquettes then crispy duck pie and finally curried pear with ice cream (a surprisingly good combination) before graffitiing the walls on the way out (it’s a thing). 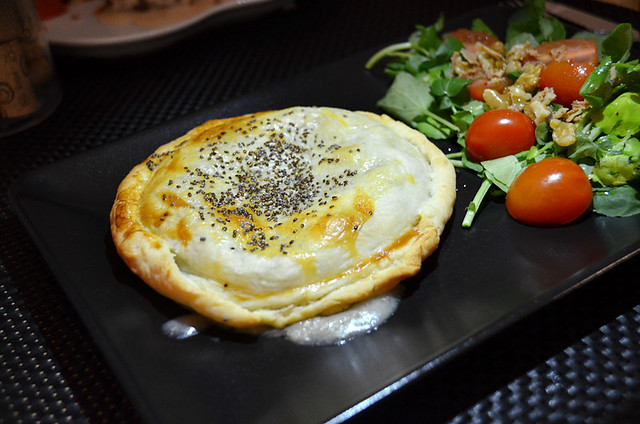 After that we were able to clock which menus tingled our taste-buds during our random meanderings. Spotting a francesinha on one menu sorted out our second night. Being a blend of craft ale bar and restaurant, Mojo attracts more Portuguese than visitors, but it’s an appealing place to hang out whether sipping craft beers or eating. And it’s named after a Doors’ song, another plus point in my book. 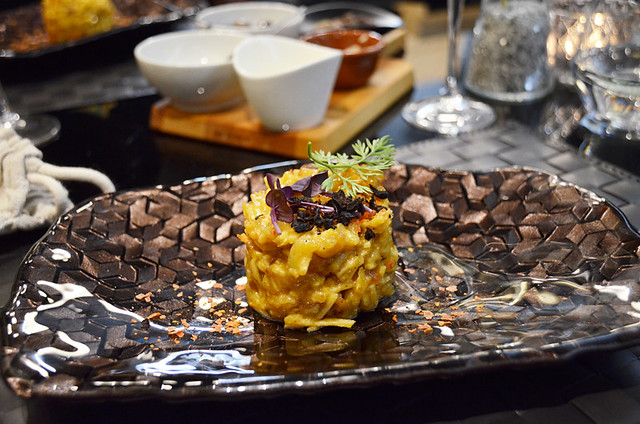 Third night, a board outside tiny Origens advised ‘come inside, trust the chef’ so we did, and enjoyed a diverse taster menu of re-booted traditional dishes which included the most tender octopus we’ve eaten. As a bonus, the talented chef/owner gave us tips on how to achieve such tentacle tenderness.

All in all, Evora charmed. It’s immensely pleasing to the eye; the streets are filled with history yet the city also feels modern, relevant. It’s a relaxing and easy place to explore at leisure… and there are great restaurants which bridge the gap between traditional and contemporary Alentejo cuisine. 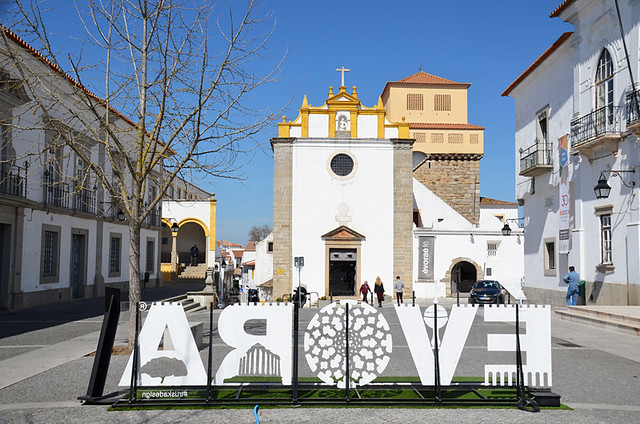 The more we learn about Portugal, the more we realise just how much we don’t know about it. It is a jigsaw where each piece put in place reveals something more. This continual learning is one of the enriching things about travel. Knowledge is power, knowledge is fuel. Ours is building up piece by piece.

A Curious Incident On The Way To Viana do Castelo

Something catches my eye, movement by the water line about 200 metres to my right, on the far bank of the river. Squinting into the sun, I see what looks like the torso of a large man hauling himself out of the river, dragging his withered legs behind him… […]