March or Die is the name of a 1977 film about the French Foreign Legion starring Gene Hackman and Catherine Deneuve. Every time I hear the name of the Légion étrangère it pops into my head, along with an image of weary legionnaires traipsing across golden Saharan dunes where vultures peck at the gleaming bones of those who clearly stopped marching. 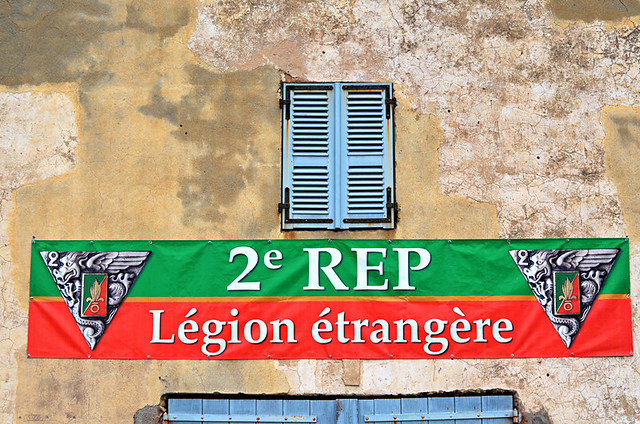 The French Foreign Legion – a mysterious, dangerous band of brothers consisting of men escaping a dodgy past or attempting to mend hearts broken by betrayals in love. I hadn’t thought about them for decades until I found out there was a regiment based in Calvi on Corsica, an island which itself had taken to the forgotten corners of my mind. I was already looking forward to visiting Corsica, but I was as thrilled as a child on Christmas morn at the prospect of visiting the Citadelle de Calvi, one of the strongholds of the men whose motto is Honneur et Fidelité. 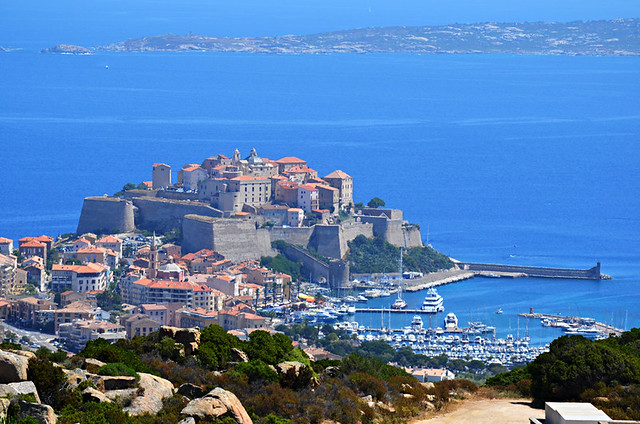 Calvi, tucked neatly into a crescent-shaped bay on Corsica’s north west coast, seems an appropriate base for the French Foreign Legion. Sleek, expensive yachts populate the smart harbour whilst the streets behind exude more of the down to earth Corsican character. Lording it above both is the aloof Citadel, the town’s protector since the 13th century. Calvi’s history is as rich as the owners of the yachts lined up like soldiers in the cerulean waters below. The Romans, Greeks and Genoese all enjoyed spells in Calvi. It’s claimed the Citadel was the birthplace of Christopher Columbus, whose mother must have endured a painfully protracted labour which spanned various locations. In 1794 Nelson lost his right eye whilst laying siege to the town. Just outside the entrance to the Citadel are monuments to Columbus, Corsicans killed in the World Wars, and resistance fighters who helped liberate Corsica from the Germans in 1943. 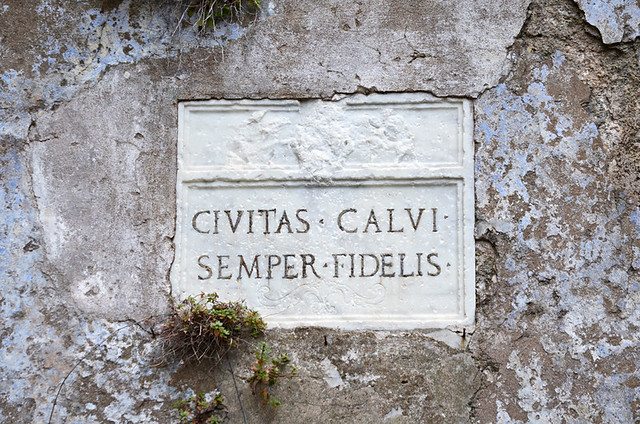 Above the entrance is Calvi’s motto, not unlike that of the Legion, Civitas Calvi semper fidelis – a proclamation of eternal fidelity to the Genoese.

There is an official route with an audio guide which leads visitors around the historic highlights (€7 per person or €11 per couple) but we prefer to explore the network of alleys and cobbled walkways in a more anarchic fashion (more on the lookout for legionnaires than historic edifices in truth). 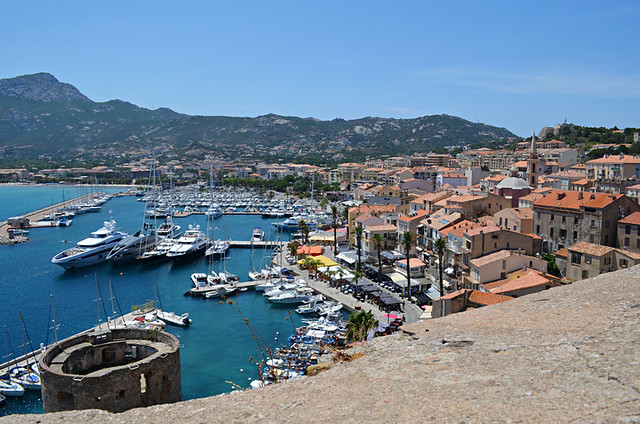 Entering the Citadel is akin to stepping through a portal if not in time but to a location far removed from the busy town below. It’s difficult to say whether this is the norm, but where Calvi’s sea level streets are bustling with visitors, the Citadal is close to being a ghost town. We encounter only a handful of other wandering souls on our travels. It’s a mystery why, as the old streets are filled with fascinating features. Not only is there historic interest, it’s worth making the trek from the town just for the views from the ramparts.

French Foreign Legion fact: You can’t apply to join online, or by mail. The only way to sign up is to turn up at the door of one of the Legion’s offices in mainland France. From that point they’ll feed you and give you accommodation until you’re accepted or shown the door. 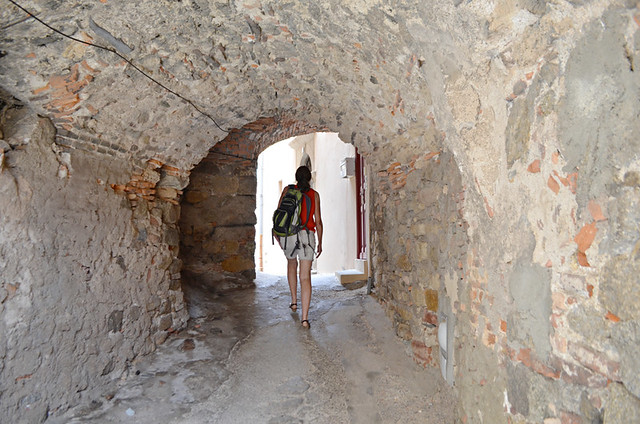 There is a rough ‘n’ ready honesty to the world inside the Citadel, this is no immaculately maintained monument to an historic past. Arches are crumbling, plaster peels off walls, wooden doors are rickety, signs are simple and handmade, and graffiti is either artistically coy or oozes bad ass attitude. It’s the sort of place where you could imagine someone with a chiselled jaw and glinting eyes lounging in the shadows digging raw meat out of their teeth with a dagger.

The Citadel is appealingly attractive in a roguishly handsome, world weary way. 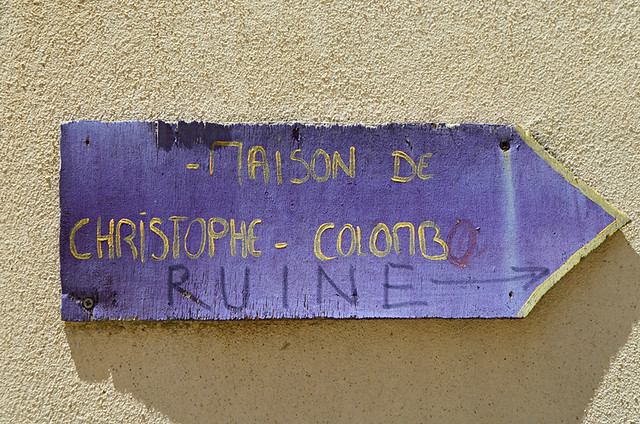 Our meandering takes us past Columbus’ alleged birthplace (an unassuming ruin), grand (St Jean-Baptiste Cathedral) and humble (St Antoine Oratory) places of worship and a nightclub I’m probably too much of a wuss and not wealthy enough to enter, Chez Tao. Chez Tao was Corsica’s first nightclub and is located in the house of Napoleon Bonaparte’s grandfather. The club has a motto – ‘be happy today because tomorrow will be too late’. We’ve been told it is the haunt of off duty legionnaires looking to spend generous wages on an awful lot of alcohol (the place is said to be an expensive one to frequent). The motto sounds as though it could have been created for them. 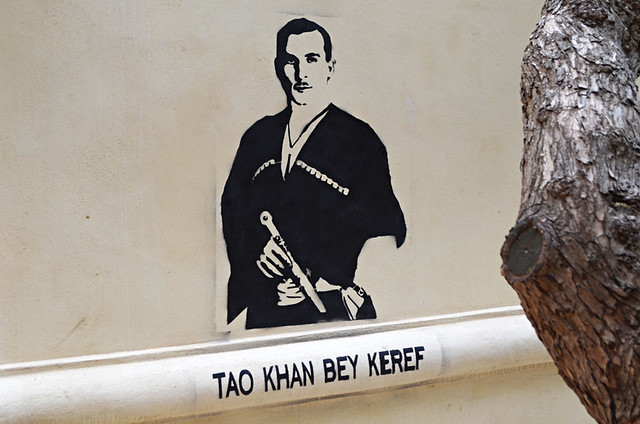 French Foreign Legion fact: When you join you’re given a completely new identity.

There are a few good-looking cafés dotted around the old streets; we stop at one for a couple of small (25cl) Corsican chestnut beers. They’re €4 apiece – not tourist prices, legionnaire prices. Still, it’s worth it to drink ale in such atmospheric surroundings. We continue onwards and upwards to arrive at a wall above a ‘hidden’ car park where there are two seriously chunky looking 4x4s with camouflage paintwork. No prizes for guessing who they belong to. 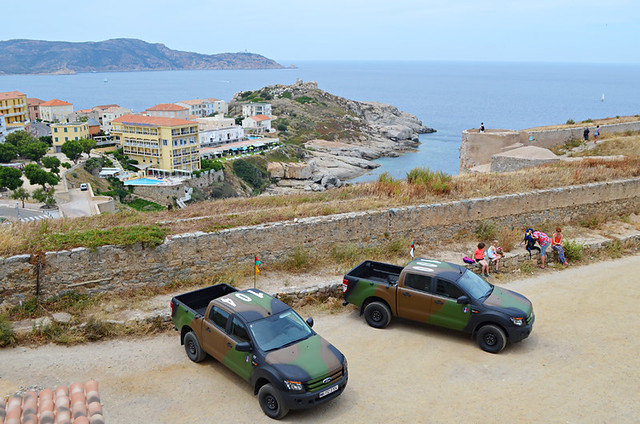 Steps descending from the Cathedral lead us to a small square and Le Palais des Gouverneurs, home of the Légion étrangère. Inside is a roped-off area with a few photos, a couple of paintings, regiment badges, the legion’s code of honour, and also La Priere du Para, the French Foreign Legion paratrooper’s prayer. It’s probably of limited interest to most people, but to someone who grew up with no doubt unrealistically romanticised notions of the French Foreign Legion, it feels as though I’m standing alongside the ghost of Beau Geste. I take a few moments to absorb the Spartan display and read words I’ll have to translate later, but which convey pride, honour and dedication. 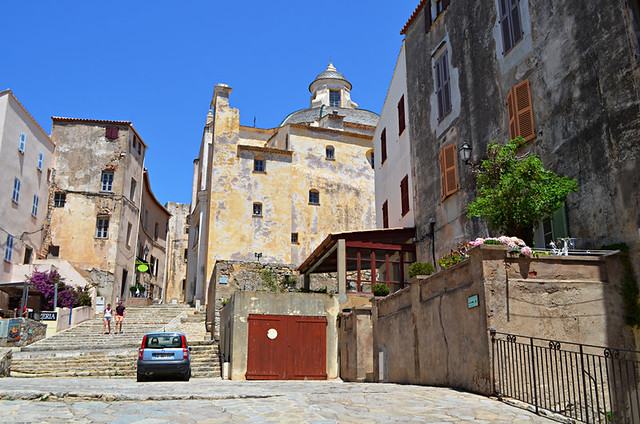 French Foreign Legion fact: The Legion’s code of honour is made up of 7 articles, the seventh of which is ‘In combat, you act without passion and without hate, you respect defeated enemies, and you never abandon your dead, your wounded, or your arms’.

We walk from the dim hallway back outside and into bright sunlight where Andy, momentarily blinded, bumps into a car’s wing mirror. Inside is a wiry, solid looking man wearing a camouflage uniform. Although it was Andy who bumped the car, his emotionless eyes look at the wing mirror and then glide slowly from it to me. A couple of lines from the paratrooper’s prayer pop into my head – ‘I want insecurity and anxiety. I want turmoil and brawl’. 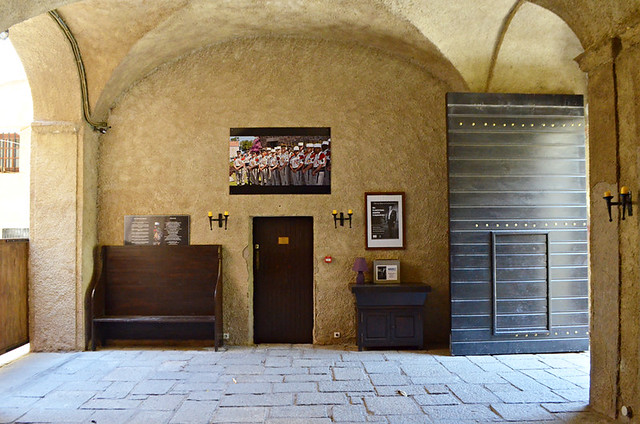 French Foreign Legion unconfirmed fact: One of the entry requirements is applicants shouldn’t be on Interpol’s most wanted list.

The past in the present on Crete

For some reason I can’t explain, the past in Crete feels as though it walks besides us more so than in other places. An ancient marble column lying amidst the rocks on a beach is a reminder of a great civilization […]