Early for our lunch appointment, we stepped into a small coffee shop in the heart of the city of Novara. As we watched from our corner table vantage point, a group of three men whose ages probably ranged from late 40s to late 50s were standing drinking their coffee and chatting. The epitome of casual Italian style,  effortless chic exuded from every inch of their attire. Although they were all dressed very differently, each look was as flawless as it was unrehearsed, like they had just thrown on whatever came to hand that morning, yet none of them would have looked out of place on the catwalks of Milan. 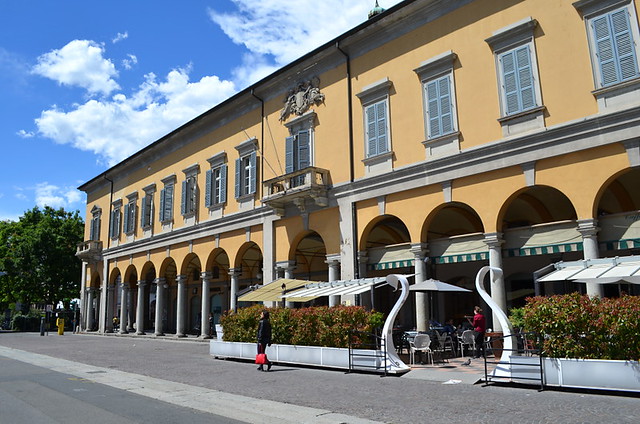 That understated elegance is a sartorial gift that only the Italians appear to possess and it became in my mind an analogy for Novara itself; a city steeped in history with an impressive architectural pedigree and a plethora of pretty piazzas yet I had never heard of it, and I seriously doubt that too many people outside of Italy have either.

You can see Novara, eponymous capital of the Piedmontese region that lies 45km (28 miles) to the west of Milan, long before you arrive into its confines, the 121 metre (397ft) high dome and golden Christ of the Basilica of San Gaudenzio dominating the endless paddy fields that stretch between the rivers Ticino and Sesia. This is fertile land, settled since the second century BC, and an important communications crossroads and therefore trading centre for the Romans. But despite being the seat of the bishop from the 5th century and the site of important historic battles, Novara never really grew much beyond about a 20km radius of its city walls and today, lies just below the tourist radar. 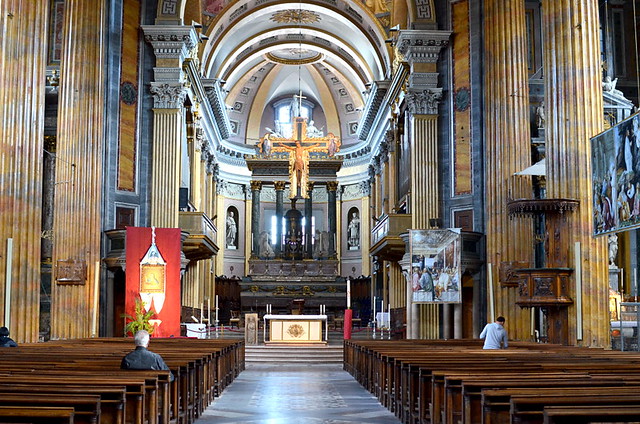 Perhaps, if the city had retained its medieval walls it might have attracted visitors to stroll them and take in the views of the rice fields that appear to stretch to the distant Alps. As it is, all that remains of those walls now is a small section on Piazza Cavour, the rest demolished to make way for city expansion in the form of the baluardo boulevard. Even without the walls, visitors would surely come for the centrepiece of the city’s architectural portfolio, the 17th century Basilica of San Gaudenzio with its Alessandro Antonelli designed dome topped with the gilded figure of Christ which shines like a beacon across the landscape. The original figure of Christ is now housed inside the basilica, both for safe keeping and to remove the excess weight from the dome. The one that sits atop the dome is actually a fibreglass replica but no less impressive for that, and impossible to tell from ground zero. 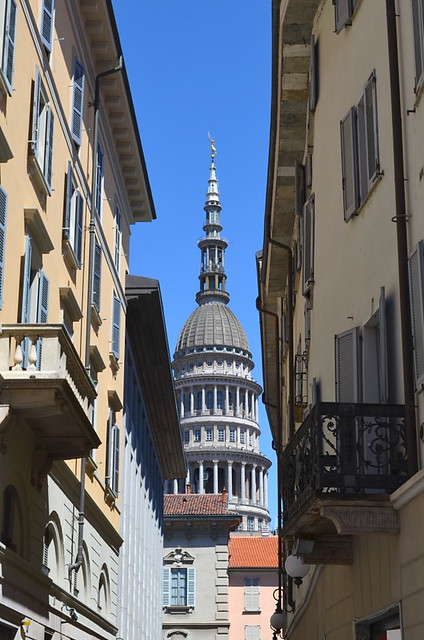 I would have thought visitors would love to amble through the loggias that line Piazza Martiri Della Liberta where the Corn Exchange lies. This was where the price of rice was determined for the whole of Italy, a testament to the region’s importance as a producer. Its walls still carry the scars of cannonball fired during the Battle of Novara in 1849 when the Piedmontese army was defeated by the Austrians in the first Italian War of Independence. Sharing the Piazza Martiri is the 19th century Teatro Coccia, considered to have the third best acoustics in Italy after Teatro Alla Scala and Teatro La Fenice and an important symbol of the city’s cultural life. Inside, the magnificent balconies and boxes are decorated with Renaissance style motifs and the stage is so large it was able to host equestrian shows, all the rage in the late 19th century.

Although it pales into insignificance in comparison to Milan’s Duomo, nevertheless, the Duomo of Novara on Piazza Della Republica is surely worth a visit to see its Antonelli-designed altar constructed of Carrara marble, its priceless art collection and its ridiculously outsized door which is the perfect setting for an Alice in Wonderland style selfie. Considered the tallest door in Europe and constructed from a single block of wood, incredibly, just one key locks this entire edifice. 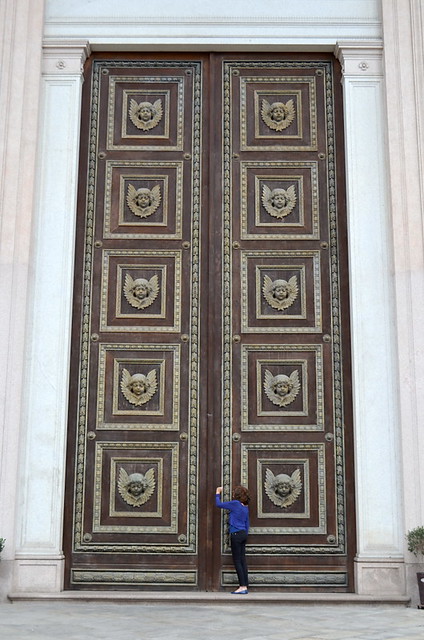 Novara isn’t just about art, architecture and museums, it’s also an important centre for food and wine production. For five centuries Novara has produced some of Italy’s best rice and if people knew how good the risotto is at Albergo Ristorante Parmigiano, you’d never be able to get a lunch table there. Wine production in the area is of the quality over quantity variety with just 11 Denominations of Origin producing fine red wines with a distinctive perfume of woodsmoke and violets from the nebbiolo grape. If more people knew about the wine, the place would be overrun. 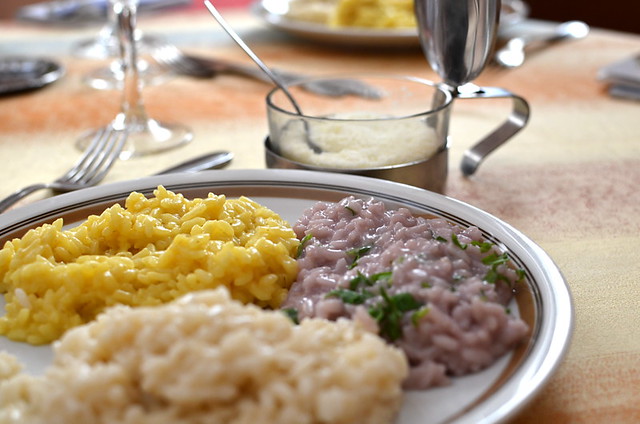 But the truth is, without the crowds elbowing their way past you in pursuit of a guide with an umbrella held aloft, wandering the heart of the old city, encountering ghosts of its history on every piazza, is a far more pleasant and relaxing experience. Without the steady stream of coach excursions that pour tourists into the streets of Rome, Milan, Turin, Naples et al, you can wander straight into the Camporelli shop to buy some of their famous Novara biscuits which have been made since the 16th century, without having to queue; you can pop into Bar Pizza La Brace Di Calabro’ Di Giovanni on Via Fratelli Rosselli for an aperitif and a pizza without reverting to standing room only; and you can take a table in a coffee shop and watch three gorgeous men casually drinking their morning coffee. 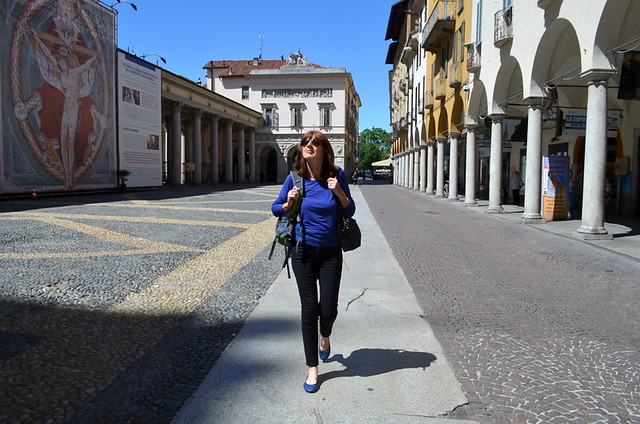 My advice? Go now, before the word gets out and Novara finds itself on the tourist map.