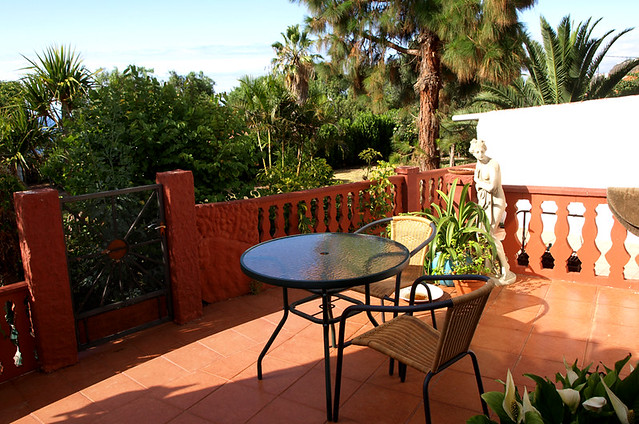 I walked back up to the house which had been our happy home for over 13 years. The rooms weren’t empty, just emptier. I wandered from room to room, thanking each one for the memories it had helped to create and for keeping us safe, warm, cool and comfortable. As we drove out of the gate and up the lane the car felt heavy and sluggish, every inch of space occupied by our sundry, portable belongings; a TV with three pillows taped across its screen; three suitcases; two holdalls; our laptops; a box of groceries; an overnight bag; a continental quilt and towels.

When we got to the ferry port in Santa Cruz we parked up in line, collected our boarding passes and returned to the car to wait for the ferry. There was no cafeteria, no kiosk selling coffee, nothing to do but wait in the already-hot sun, weighing up our motley fellow passengers and keeping an eye out on the Gran Canaria horizon for the ship to appear. It all felt very surreal. 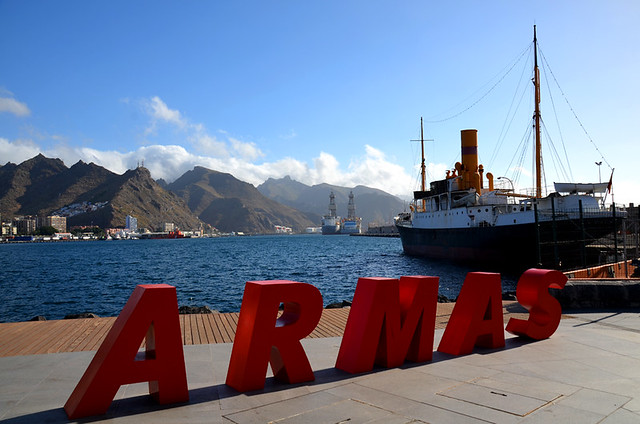 Just 10 days earlier we had returned from three weeks working in Crete, our heads filled with post-trip work commitments and just two, solitary packing boxes filled with photo albums and DVDs, stashed behind the settee in the living room. We had one-way ferry tickets to Huelva in Southern Spain, a hotel room for the night we docked, a holiday home in Portugal booked for the first two weeks in an area we thought we might like to live in for a while, and less than two weeks in which to pack or dispose of, all our worldly goods. When I think about ‘the move’ now, I don’t remember emptying the chest of drawers in the bedroom, or the contents of my bedside table, or the drawer in the coffee table where I kept Mum’s Death Certificate. I just remember endless brown sticky tape, heavy boxes that I worried wouldn’t survive a voyage, and a house filled with the furniture we had brought from England in 2003. We dispatched our boxes and a few items of furniture with the removals company on the Tuesday, and on Thursday morning we packed the last of the things we were taking with us into the car and left. 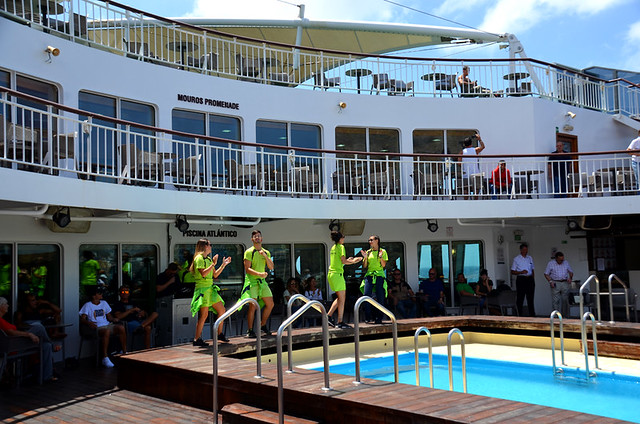 As the ferry came into view I was pretty sure it wasn’t ours. Loud disco music was blaring from the upper deck and I could see a group of dancers performing a routine around the deck pool while a handful of staff and passengers leaned on the rails, watching as the vessel berthed. I don’t know what I’d been expecting, or if I’d been expecting anything at all. For the past few months my head had been bursting with the things I had to get done before boarding this ferry. My thoughts had not been given licence to go beyond this moment, until now.

Once we’d checked into our cabin, the very first on the starboard bow, we headed to the lounge where mercifully, the cafeteria was already open, and ordered two coffees and a Twix – breakfast.
By the time we sailed out of the harbour, we were already almost two hours behind schedule. The sun was shining, the dance troupe were once more into their routine around the edge of the pool and passengers were having their first beer and settling in for the voyage.

I am the worst sailor in the known universe. If I move too quickly in the bath I start to feel slightly queasy, so the prospect of 36 hours at sea in the Atlantic Ocean was not something I had been looking forward to. But as the ship sailed away from Tenerife, all was calm. A couple of hours later it was a very different story. Completely clear of the Canary Islands and in open waters, the sun had disappeared and the swell had risen to such an extent that no-one could walk anywhere without weaving from side to side with a strange little, mid-step pause each time the floor shifted direction. It made moving around a lengthy and comedic affair. 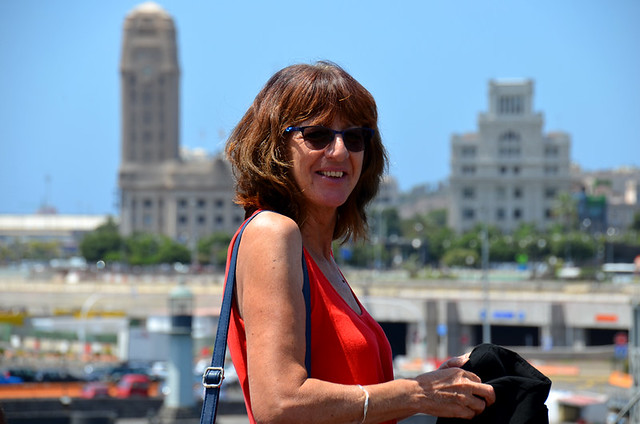 By early-afternoon, many of our fellow passengers had disappeared, presumably to their cabins. Most of them would not reappear until we docked. Half a dozen people were wandering around the lounge and decks with sick bags in their hands, doing passable impressions of the Living Dead. My pills were keeping me on the right side of throwing up but I could barely check the time on my phone without feeling slightly queasy. With two full days at sea, I had planned to work on the Crete project and claw back some of the time lost in preparing for the move. The laptop remained closed.

We wandered along to the self-service buffet where lunch was still being served. I can’t remember what we ate, it might have been something passing itself off as lasagna, I just remember that it was dreadful. Starchy, stodgy, tasteless junk food which was less than tepid. If the swell wasn’t going to get me, the food probably was. After lunch, a wave of tiredness came over us, cumulative days of stress combined with an early start, and we headed to our cabin for a nap. But every step closer to the bow we took, the ship rolled more steeply until, by the time we reached our door, the floor was rising and falling like we were riding an erratic elevator. We turned on our heels and weaved back to the lounge in the stern to doze on chairs instead.

This was going to be an exceedingly long voyage.