I can’t remember exactly which country it was when I looked at the  bowl of (dryish) muesli and the realisation dawned that there is never going to be any time that I am going to think to myself ‘I really, really fancy tucking into a bowl of muesli.’

Don’t get me wrong, I have nothing against bowls of muesli. I like and eat muesli a lot. But let’s be honest, it doesn’t exactly have the allure of a bacon butty.

It got me thinking about the sort of breakfasts we’d experienced/enjoyed in various hotels and cafés in countries around Europe.

France and the Croissant 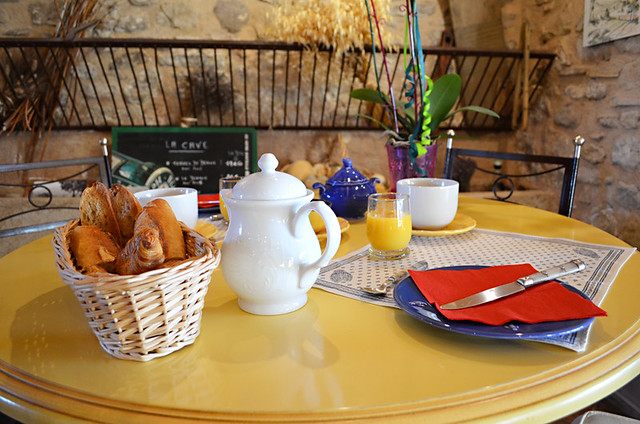 I’m starting with France as a lot of people wax lyrical about how sitting at a pavement café in France eating a buttery croissant and drinking coffee is one of those seriously pleasurable travel experiences. Croissants are so commonplace in many countries in Europe these days that they no longer feel specifically French. The first one you have in France feels special because it’s the first one. But after a couple of weeks of being presented with a basket of croissants in various locations across France I came to two conclusions. The first was croissants in France often didn’t taste any better than good croissants outside of France. The second was that throwing a basket of bread in front of people didn’t really involve making much of an effort when it came to preparing breakfast.

Croatia and the Burek 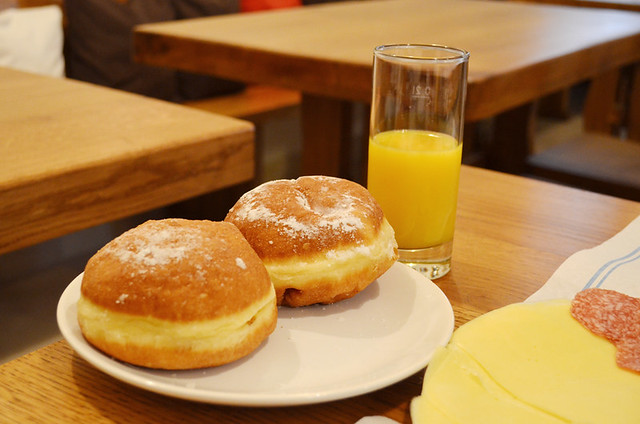 I have extremely fond memories of sunny mornings sitting at cafés being soothed by the lapping Adriatic whilst drinking strong coffee and picking at a burek (a strudel like pastry). Sometimes they were filled with savoury cheese, at other times it was apple. It’s nothing fancy as far as breakfasts go, just very nice – easy like Sunday mornings. Plus the curve ball occasionally thrown by Croatian hosts before the eyes had even opened properly added a bit of unpredictability now and again – doughnuts with the cheese and salami or ‘would you like a pelinkovac?’ A pelinkovac is a herby, wormwood type liqueur, not something I’d normally consider drinking at 8.30 in the morning, but when in Croatia…

Portugal and the… what exactly? 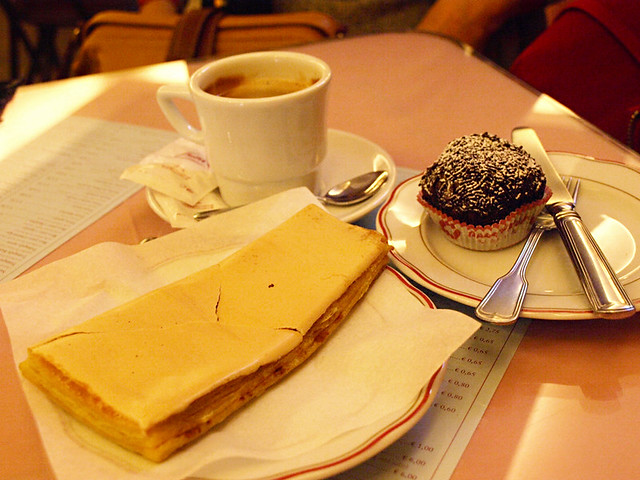 Nothing specifically Portuguese really stands out about breakfasting in Portugal so it didn’t really come as a surprise to read that it generally consists of nothing more than a coffee and a bread roll. The mid morning coffee and cake routine, humming and hawing over multi-coloured goodies was far more interesting, memorable and sinful. 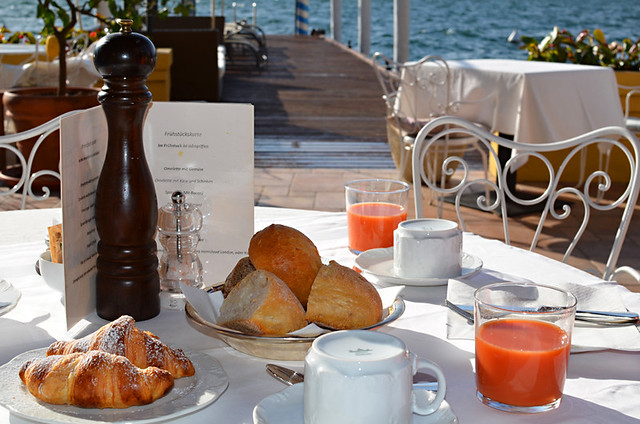 Breakfast in Italy makes me think of sitting by the edge of dreamy lakes at tables filled with beautifully presented spreads involving perfect looking and fresh ingredients including warm breads, Italian coffee, fruit, croissants, cheese, ham, omelettes cooked to order etc. Most of all it makes me think of blood red Sicilian orange juice and breakfasting in style.

Austria and Muesli and Yoghurt 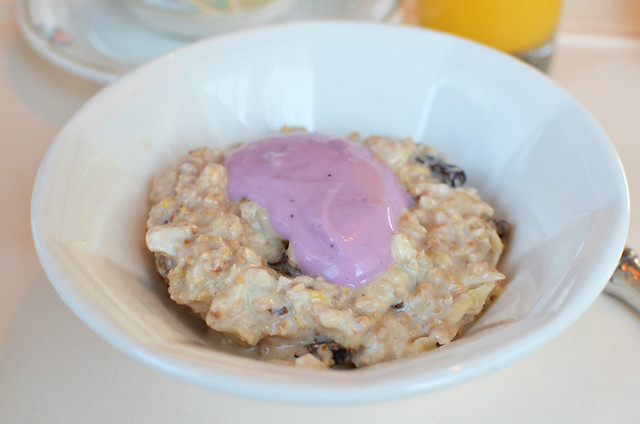 It was Switzerland for Andy and Austria for me where we discovered we’d been eating muesli wrong. It’s not supposed to be dry, with milk added just before you eat it. Admittedly, muesli when it’s been soaked in milk looks like unappetising mush (not unlike porridge in Scotland) and pics posted on facebook didn’t meet with positive replies. But the truth is it tastes much better that way, especially when paired with creamy yoghurt flavoured by freshly picked berries. I’m also partial to the cream cheeses and liver sausages you get in Austrian breakfast spreads. Austria gets a big breakfast thumbs up for variety. 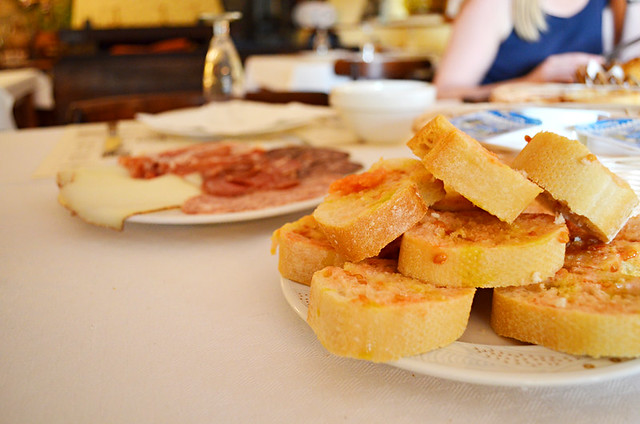 I think of breakfasts in Catalonia and I visualise a plate piled high with chunky bread spread with garlic, olive oil and ripe tomato – pan amb tomate. I also think of chorizos, serrano ham and cheese. All things that I enjoy eating and things that, living in Spain, I eat a lot. Which is possibly why I can get a bit bored with it morning after morning when we’re hoofing it around Spain.

And that brings me to…

Scotland and the Unhealthiest and Best Breakfast of all 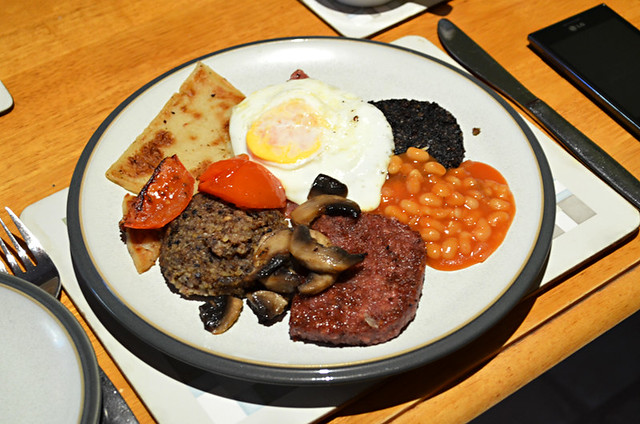 Some say Irish, but Scottish breakfasts are king for me (no bias of course). The full Monty can involve sausages, lorne sausages, bacon, white pudding, black pudding, haggis, beans, mushrooms, tomatoes, fried eggs, fried bread and tottie scones (potato cakes to the uninitiated).
Just to look at it has the arteries flinching. But there’s no getting away from the fact that it is a delicious mix that leaves most other countries’ breakfasts for dead… as well as maybe any person who actually attempts the full Monty.

In truth I enjoyed all the breakfasts and would happily rotate breakfasts from all these countries for a bit of variety, saving the Scottish one for a rare treat… for the sake of my health.

The Scots are an ingeniously creative nation. Just about everything that’s useful was created by a Scot (or the Swabians). Take sausages for example. Whilst most of the world make sausages…well sausage shaped, the Scots don’t.
[…]