Envy, if thy jaundice eye.
Through this window chance to pry.
To thy sorrow thou wilt find
All that’s generous, all that’s kind… 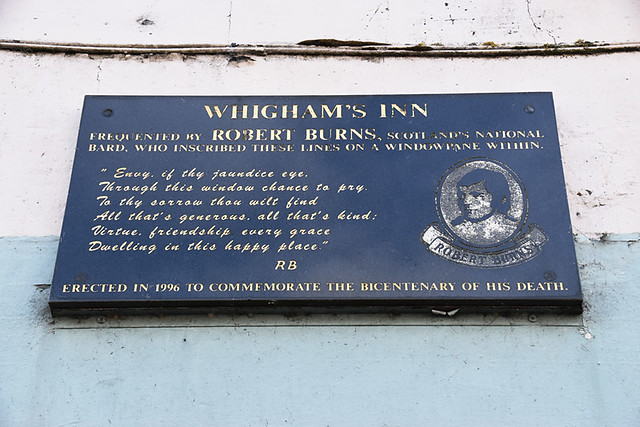 When you happen across a pub which has that written on one of its windows you know you’re deep in Rabbie Burns country. Sadly both dusty poem and pub are no more. The building in the market town of Sanquhar in Dumfries and Galloway is still there, but it lies empty. I remarked to a local that it seemed incredible a place frequented by the world’s greatest poet (I might be a tad biased but nobody has written a more insightful line than “O wad some Power the giftie gie us, to see oursels as ithers see us”) shouldn’t still be a thriving inn.
“Aye, weel, he did drink in an awfie lot of pubs,” came the philosophical reply. Fair point. Having Rabbie frequent your pub wasn’t exactly a rare event in these parts. 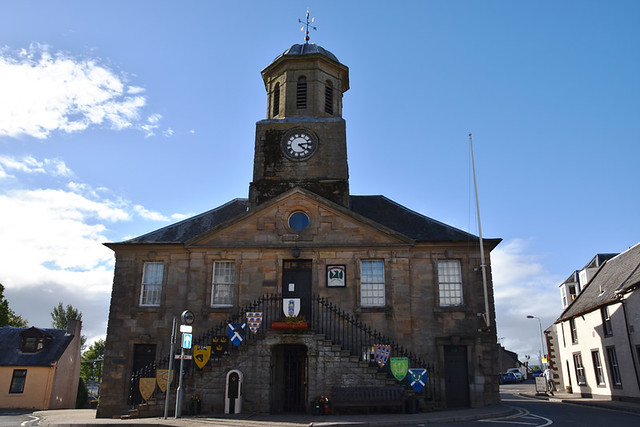 Sanquhar in the River Nith Valley used to be a thriving market town, but those days have gone. I recognised many similarities with the place I grew up, Rothesay on the Isle of Bute. It’s full of history and interesting curios, yet it has dropped off the public’s radar screens. A Tollbooth from 1730 (once also a jail, now a museum) still splits the main road. A plaque on a wall on the same street shows it was the place where Mary Queen of Scots spent her penultimate night in Scotland. The town’s post office, dealing with mail since 1712, claims to be the oldest working PO in the world. It’s a town with a down to earth personality; the sort of place where the poetic son of crofters would feel comfortable sitting in an inn drinking a wee dram or two. 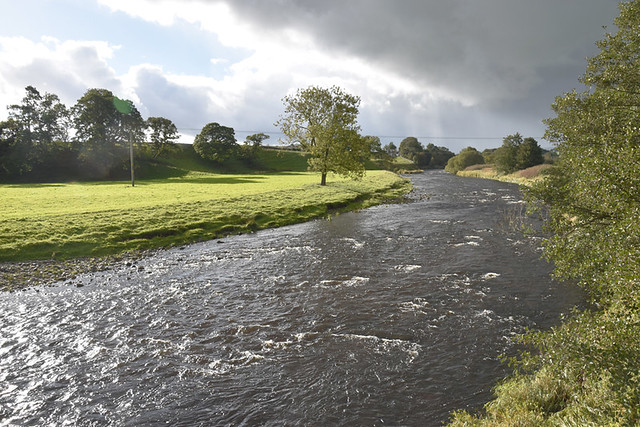 With the Scottish weather deciding to do one of its rapidly changing season tricks, and as angry clouds rolled rapidly into town, we hotfooted it back to the safety of our sanctuary, the Blackaddie Hotel, a 16th century country house beside the River Nith. Dotted around the gardens are metal, modern sculptures whilst inside are paintings by local artists; it’s historic and artistic – a tasty mix. Rooms decorated in the rich colours of the Scottish countryside – golds, deep purples, olive greens – are mostly named after birds commonly found in Scottish glens. We had Partridge. Andy took up position on a tartan window seat to watch the rain dance hypnotically on the window whilst I did a Jonah and got swallowed by a leather sofa. As we waited for the dark clouds to pass we snacked on complimentary home made tablet and shortbread – a classy touch. 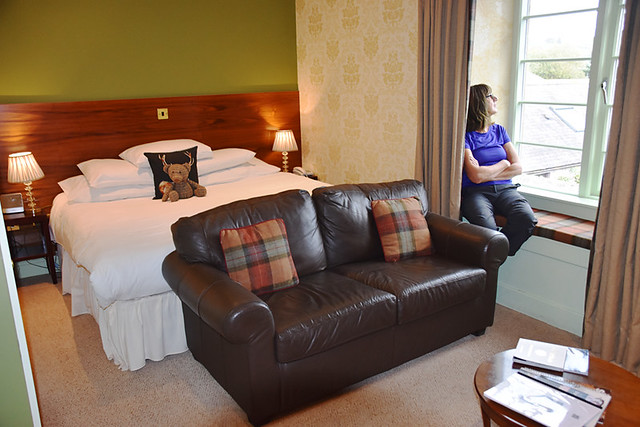 Although a sumptuous base in which to relax, what really elevates the Blackaddie is its owners, Chef Ian McAndrew and his wife Jane. In 1981 Ian was the youngest British chef to be awarded a Michelin star. To say we were looking forward to dinner is an understatement. The whole experience deserves an article to itself, so all I’ll say at this point is WOW to a cullen skink amuse-bouche and encore to a between-course Parmesan ice cream palate cleanser. 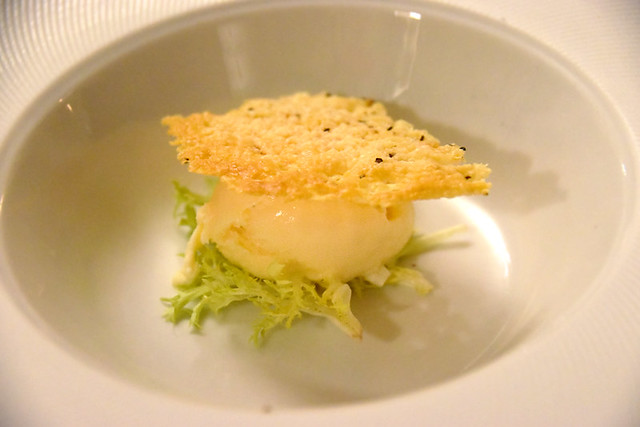 Over dinner we got chatting to a lively and fascinating couple, two archaeologists who’d been visiting annually since Ian and Jane took ownership of the Blackaddie over a decade previously. Their in-depth knowledge of unusual things to see in the area decided our agenda for the following day.

The well-read miners of Wanlockhead
Visiting a lead mining museum (entrance £12.50) would not have made it on to our ‘things to do’ list. What a treat we would have missed. For a start, Wanlockhead near the head of the Mennock Pass is Scotland’s highest village (surprisingly, at 496m not very high at all). It’s a tiny community located in what feels like more of a remote valley than it actually is. Early paintings of it look more Klondike gold rush than a village in the Scottish lowlands. Interestingly, you can actually go gold panning in the area. 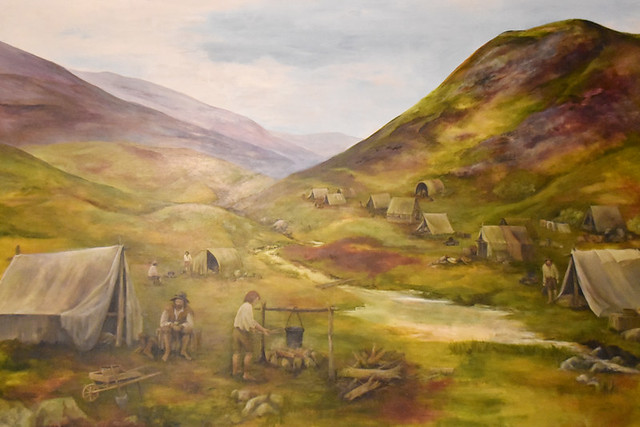 What makes Wanlockhead unique is the whole village is the museum. An interpretation centre is fascinating, and a sobering reminder why trade unions are a necessity. Miners were paid once a year, only after the lead they’d mined had been sold. During the year they had to live on credit, buying food and tools at elevated prices from a store run by the company which employed them.
The centre also made my lungs hurt – one display of a coughing, wheezing miner being too lifelike. 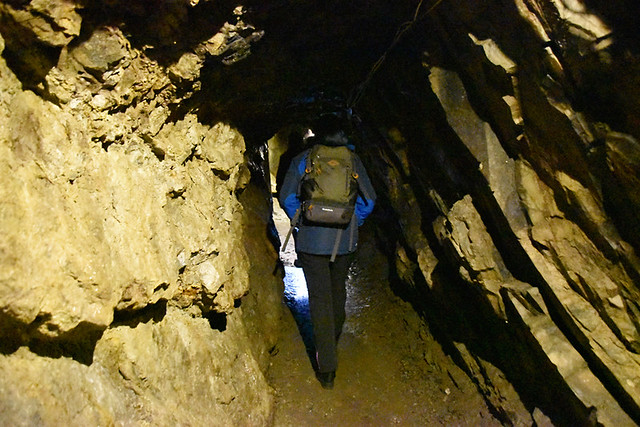 However, it’s the seamless blend of village life and the harsh remnants of the past which adds meatiness. On a coolish September day we were virtually on our own to explore this evocative living museum; guide Bob handing out hard hats and accompanying us into dank, dark and chilly Lochnell mine for a brief taster of how horrendous working conditions were. When we emerged back into the light, blinking like pit ponies, Bob called his colleague Dave by walkie-talkie to inform him we were on our way to the library, and to make sure Dave hadn’t gone gold panning (a joke, I think). Visiting a subscription library might not sound like something which floats your boat, but we spent more than half an hour in the small treasure trove of curious, and beautifully bound, old books talking with Dave, a voracious reader and infectiously enthusiastic guide. We mulled over what could be in tomes titled “Book of Useful Information volumes I to III” and were awestruck by the fact that miners parted with a significant amount of their meagre income in order to be able to get their hands temporarily on the library’s precious contents. 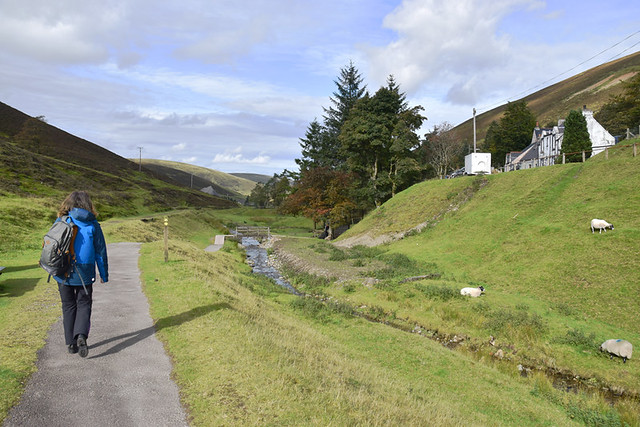 In some way this tiny village provides a valuable insight into the politics and (non-academic) education of a nation.

We could have spent a full day in Wanlockhead, but there was one more place we were eager to visit before we moved on – Crawick Multiverse just outside Sanquhar. 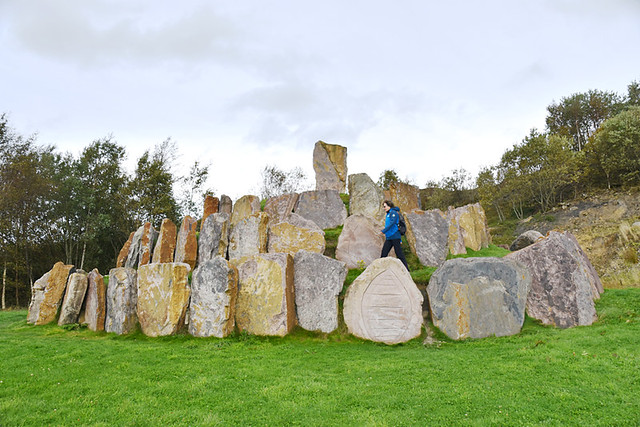 This huge, open air art installation designed by Charles Jencks was formerly an open cast coal mine. There’s something both ancient and futuristic about its enormous exhibits created from huge boulders and flat stones. Works with names such as Andromeda, Supercluster, and Comet Collision Shelter sound decidedly sci-fi but also looked as though they could be Paganistic. If anything, they reminded me of photographs in the Erich Von Däniken books I lapped up as a teenager. A spaceman came travelling. 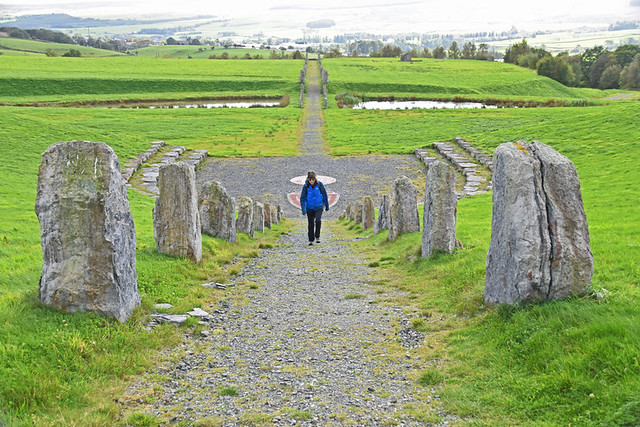 Like Wanlockhead, we had this extraordinary site virtually to ourselves. That’s how it was in the parts of Dumfries and Galloway we’d enjoyed visiting – jam-packed full of interest and beauty, but without any crowds.

Scotland’s Hotels of Distinction and Scotland’s Personal Hotels invited Buzz Trips to experience the hospitality and gastronomy of their hotels in order to showcase the delights of a stay in Scotland. Together we devised an itinerary that would allow us to take in some delightful walking as well as sampling a small selection of their superb hotels.