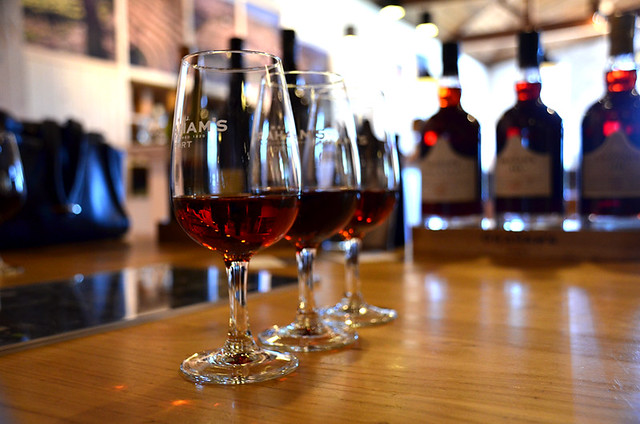 It’s hard to imagine I was semi-seriously considering paying €38 for a bottle of port. Last week I would have laughed out loud at such a preposterous prospect. Yet here, alongside its terroir and in the city whose name it carries, the only place in the world legally allowed to use that nomenclature, it tastes like liquid heaven and worthy of its price tag.

As we tour the cellars of Graham’s, we learn about the differences between ruby and tawny and I discover that a bottle of ruby port should be treated in exactly the same way as a bottle of wine; once opened it should be consumed within three days. I shudder to think of the open bottles of ruby port in our house in Britain which lay amongst the dust-covered, half drunk bottles of Martini, Cinzano and sherry for months, possibly even years, until all other sources of alcohol had been exhausted, or until Jo and Ricki came to visit, whichever was earlier. No wonder I didn’t much like the stuff. 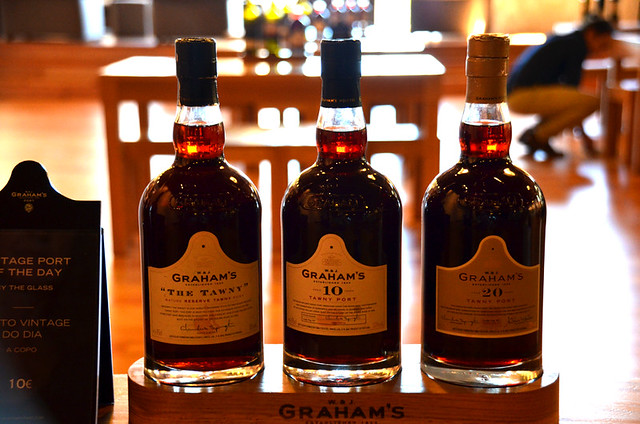 By this time, having finished the tour and made our way to the tasting room where we’ve consumed generous tastings of six of Graham’s Premium Ports including a 10yr old and a 20yr old tawny, we’re the wrong side of sober. In the long run we settle on the 10yr old tawny at €20 a bottle and make our way out of the port lodge and back along the river front of Vila Nova de Guia, clutching our new prized possession and feeling the love of the beautiful city of Porto. 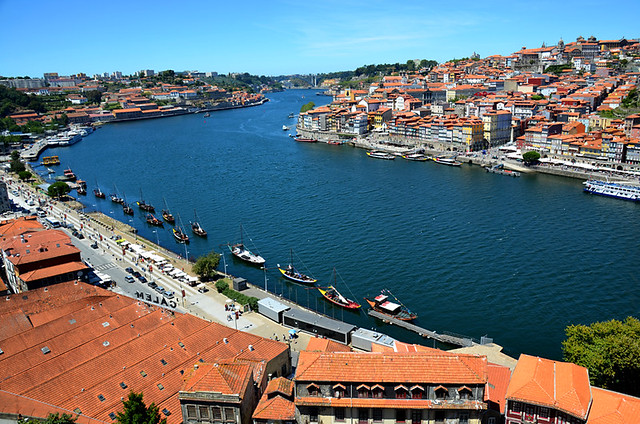 For me, one of the big differences between Lisbon and Porto is that, apart from out at Belém, the Tagus estuary feels almost incidental to Lisbon whereas in Porto, the Douro river is its heart and soul. Stroll the waterfront on the city-side and unless you’re in the depths of winter, there’s a good chance you’ll be carried in a tide of visitors thronging the waterside restaurants and bars, all eyes turned towards the calm waters of the river where the Rabelo boats bob gently as canoeists and river cruisers swish by. On the far bank, the elegant facades of the port houses stare back across the river, many of their names familiar on English-speaking tongues – Sandeman, Taylor’s, Graham’s, Cockburn and Croft.

Like so many good things, it’s believed that the development of port came about as a result of necessity when, in the 16th century some bright spark decided to add brandy, or more precisely aguardente, to the wine in order to preserve it on its long voyage from Portugal to England. The addition of the spirit fortified the wine which then took on some of the essence of the oak barrels in which it was being transported. The resultant fortified wine found its way to the palates of the tippling cognoscenti and they decided they liked it. From there it was a short step to adding the brandy to the grape must before fermentation rather than after it. The spirit acted as a catalyst, interrupting the fermentation process and preserving much of the sweetness and richness of the grape must. 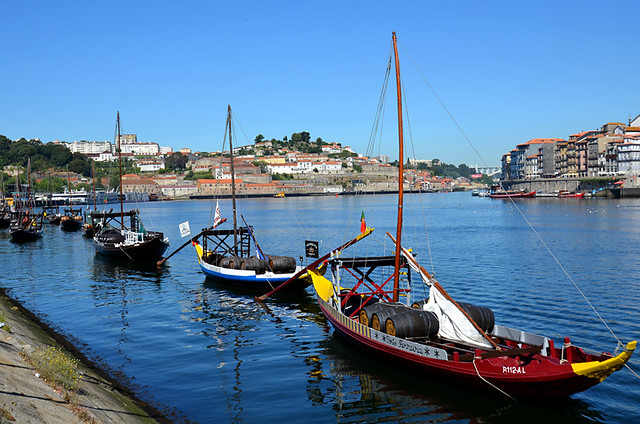 Small, thick-skinned, resilient and sweet, only those grapes grown in the Douro Valley can be used to produce port. A beautiful but harsh terroir where temperatures can range from sub-zero to 40ºC, the grapes have to work hard to flourish. Once in the safe hands of the blenders, the wines are skillfully blended, graded, matured and aged in oak barrels, the contents of some of the barrels in Graham’s dating back over a century. Strict controls govern the percentage of spirits that can be added to the grapes, and years of skillful blending go to produce the finished product,

Port has now become a part of our lives. At the end of the working day, instead of opening a bottle of beer, the chill of winter evenings is kept at bay with a small glass of port, always a 10yr old tawny. Unlike the ruby ports, tawny is aged in contact with oxygen so once opened, the bottle can stay open for a long time, not that much time gets to pass between first and last drops nowadays. 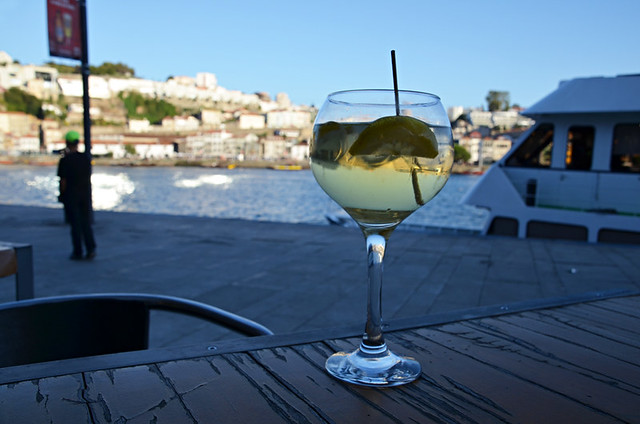 Maybe when winter steps aside and allows the warmth of spring to permeate our little office we’ll revert to a chilled beer at the end of the working day. Then again, the newly discovered aperitif of choice, port-o-tonic (white port with tonic), is already in pole position, just waiting for the thermometer to pull its socks up before making its entrance into our daily routine. It seems we really have fallen for port’s charms.

The Colours of Provence

Provence did not disappoint. She may have lost her lavender and sunflowers for another year but all that served to do was to focus the attention on the beauty that lies beyond her seasonal glories. […]