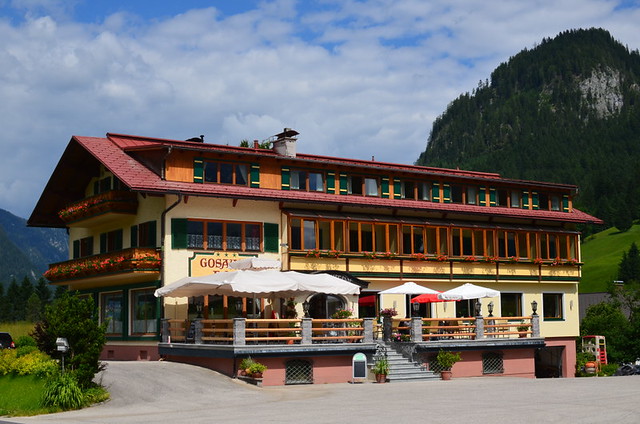 It had been an exhilarating day hiking in the Dachstein Mountains from Zwieselalm to Stühlalm including some nervous moments as we traversed sheer slopes of slippery scree atop high mountain ridges. Back at Hotel Gosauerhof, we sank a well earned beer on the terrace and watched the Gosaukamm Mountains as the sun began to set on another perfect day’s hiking. Later that evening, as the dessert dishes were being cleared away,  Brigitte poured all the guests a shot of schnapps and Anni left the kitchen to join us all in the dining room for a toast. “Prost!” said Brigitte.
“What are we drinking to?” we ask.
“The good weather,” Brigitte replies, while Anni agrees enthusiastically, chatting animatedly, even though we don’t speak of word of Austrian German and she doesn’t speak a word of English.
After a day in the mountains it’s like coming home to your two favourite Aunties and their perfect Austrian home in its perfect Austrian village where there’s a perpetual aroma of good cooking and where they drink a toast to the good weather. It’s the sort of place you never want to leave. 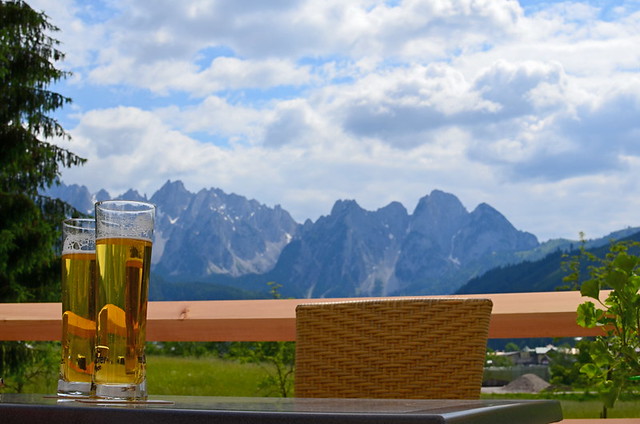 Buzz Trips view
We have never been made to feel more welcome nor have we been better looked after in a hotel than we were in the Hotel Restaurant Gosauerhof. Set in a stunning position overlooking the Gosaukamm Mountains with the Gosau valley at their feet, the hotel is elegant, warm and welcoming. Owners, Anni and Brigitte Laserer, fuss over you, plying you with home cooking that’s both hearty and delicious and acting as daily weather consultants, advising on the best places to hike according to the forecast. The Gosauerhof is not so much a hotel as your Austrian second home where you’re welcomed into the arms of the happiest, most smiley people in the universe. If you ever get the chance to go to the Austrian Lakes, winter or summer, book it. It’s as simple as that. 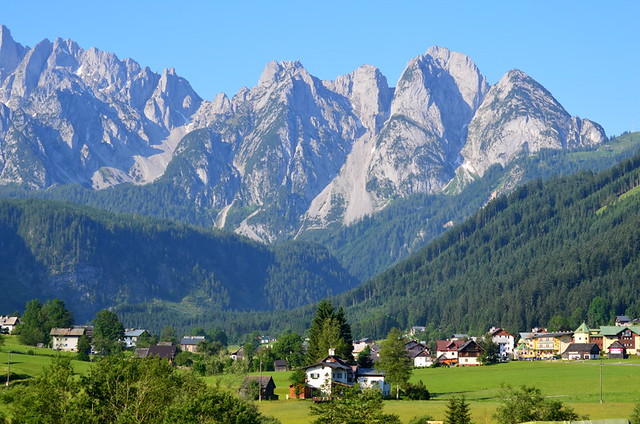 Rooms
There are 21 rooms dispersed over two floors, most have views over the Gosaukamm mountains, and there are 6 rooms on the first floor with their own loggia (small, inside conservatory). The décor is simple, bright and clean; the beds are comfortable, there’s lashings of hot water and soft towels, everything you need for relaxing after a day hiking in the mountains or cross-country skiing. There’s free wifi throughout the hotel, including in the rooms. 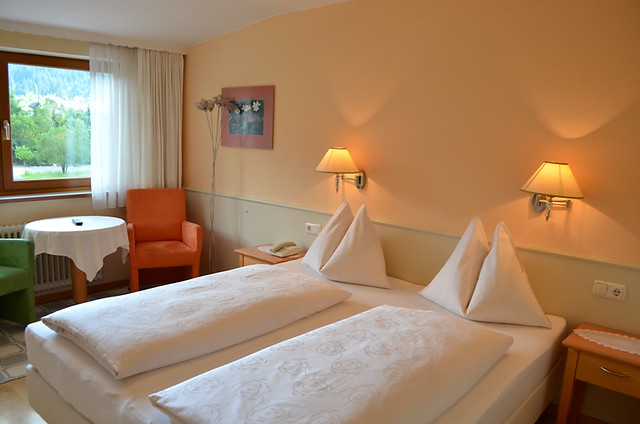 We had a double room on the second floor with a small table and two easy chairs in the window which made for the perfect viewing platform from which to gaze at those snow-covered, granite mountains looming across the chocolate box beauty of the valley. 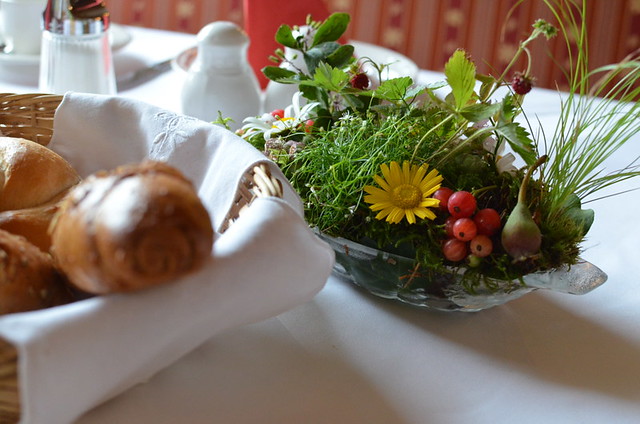 Facilities
Food is a big feature of staying at Hotel and Restaurant Gosauerhof and room prices are on a half board basis. Meals are served in the hotel’s restaurant dining room or on the extensive outside terrace on warm summer days. The atmosphere in the dining room is relaxed and inviting with large, booth tables, traditional lodge-style décor, pretty floral curtains and daily table decoration of fresh, alpine flowers. 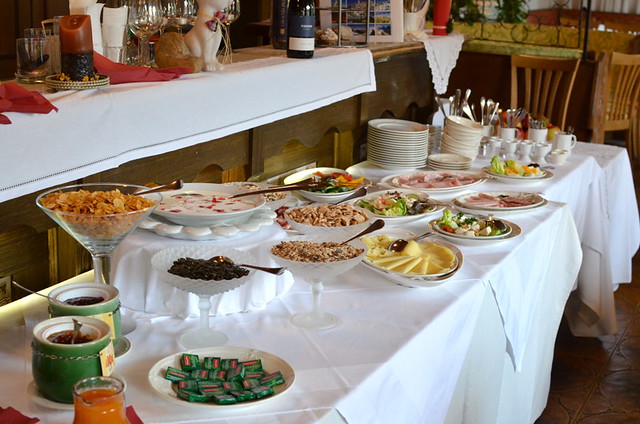 It’s the little touches that make the difference at Gosauerhof. The fresh fruit display at breakfast includes halved oranges, apples and kiwis if you don’t want a full one of each. It’s the same with the hard boiled eggs which are quartered so you can just have as few, or as many as you like. The yoghurt is infused with slices of fresh, plump strawberries to give a summer flavour and the cream cheese has fresh herbs sprinkled on it. In the evenings, guests choose from a set menu of three courses including delicious home made soups, traditional Austrian cuisine like Wiener Schnitzel and Tafelspitz, and scrumptious desserts and cakes. 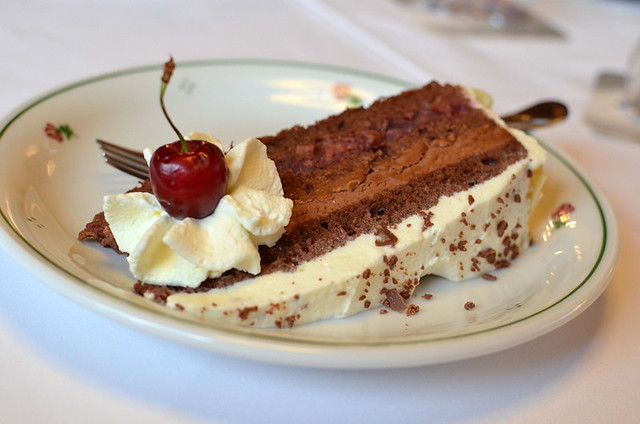 Being James Bond in Siena, Tuscany