When we visit any destination our focus usually tends to be on a relatively small geographical area. We spend our time following walking routes, staying in a handful of small hotels and trying out the local gastronomy in a variety of restaurants.

When we write about it on Buzz Trips, we generally only use a handful of images to illustrate what the area is like. This means there are loads of routes we’ve loved which might only have had the briefest of mentions in passing. So, to replicate something we tried on our Walking Tenerife website, we thought we’d share more of the routes we’ve walked in an image rich form rather than a text heavy one.

The first of these involves a multi-faceted route above Gosausee near Hallstatt in Austria. It’s an area of outstanding natural beauty, featuring immaculate pastures, glassy lakes and the rugged, rocky Dachstein mountains. 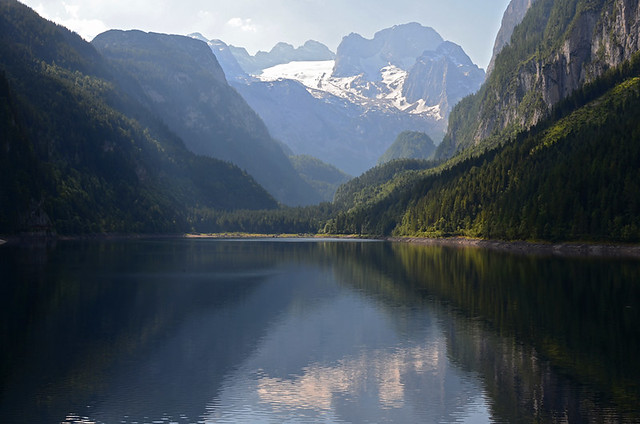 The trouble with this route is the starting point at Vorderer Gosausee is such a stunner of a place you just want to park your bum on a bench and get lost in the view across the lake. 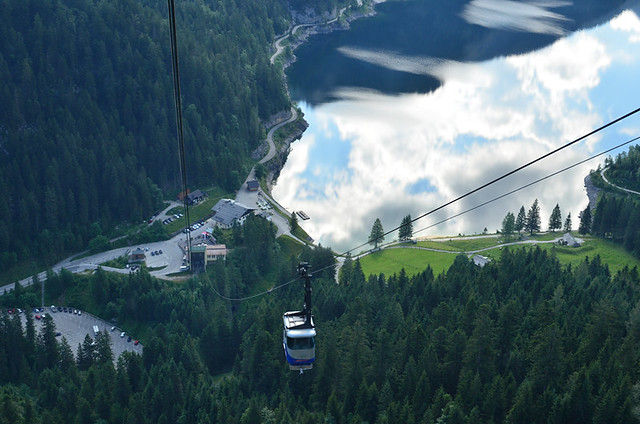 Sometimes needing transport to get to the start of a walking route can be a bit of a drag, at other times it can be one of the highlights… in more ways than one 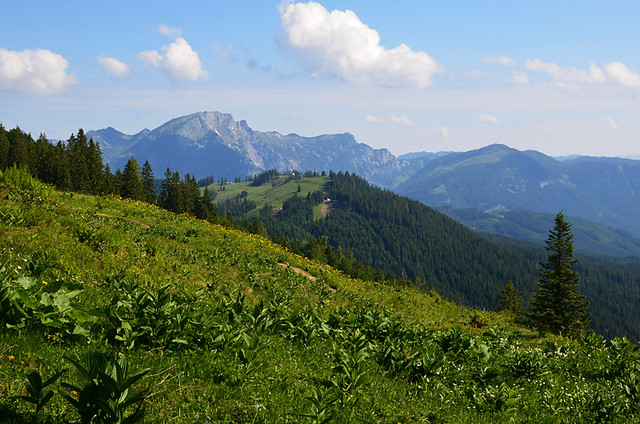 The views at the lake might be mesmeric, but heading into the high alms after leaving the cable car is equally magical, a land which could make you believe in fairy tales. 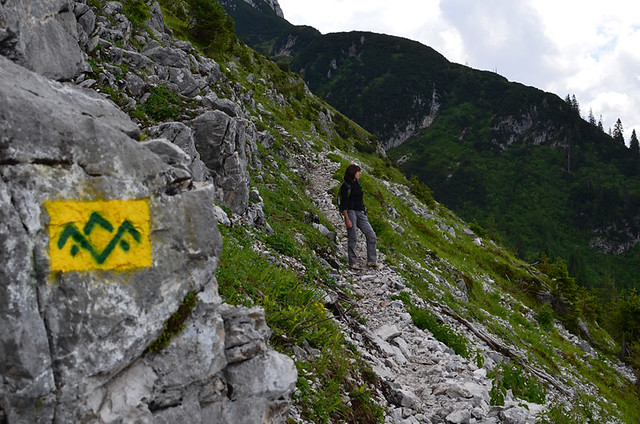 Some parts of the trail are across grassy pastures, others snake along the mountainside, almost as narrow as a serpent. We thought this part was a bit nervy until an Austrian family with young children came skipping past as though it was a stroll in the park. 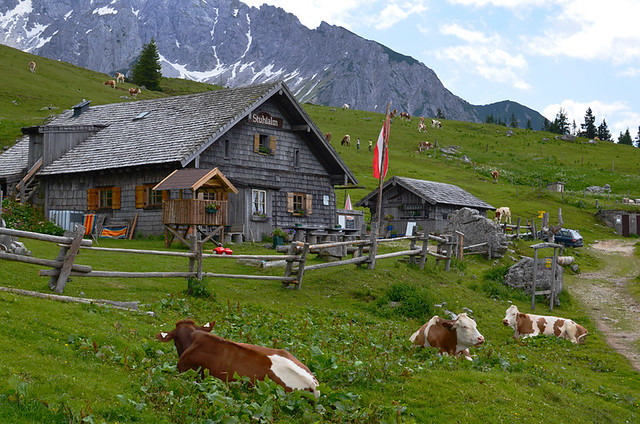 One of the satisfying aspects of walking in Austria and Germany is there are always mountain hüttes in which to rest. At Stuhlalm we drank a bracing coffee whilst watching kittens play hide and seek among the rocks and pretty flower pots. 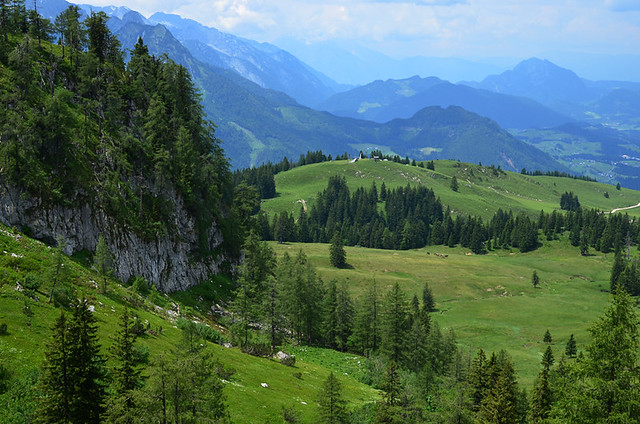 This is a landscape which can be both gentle and dramatically wild at the same time. It’s the sort of countryside which needs an artist and easel to complete the scene. 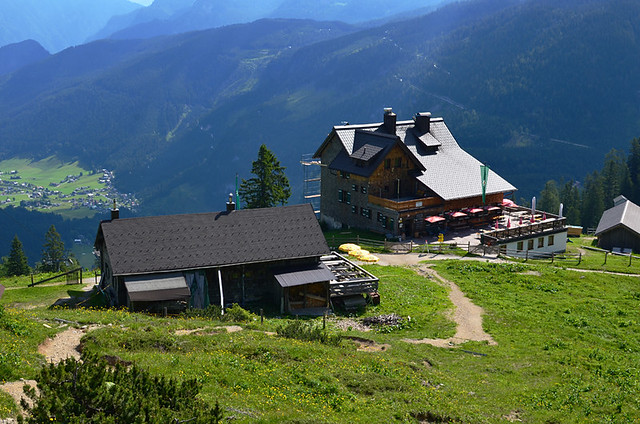 At the end of the route, more mountain hüttes with hearty menus and generous views across the Gosausee Valley. Fabulous places for clinking steins and filling hungry bellies with a jause, the Austrian version of a ploughman’s lunch, before heading for home.