“Tenerife ‘north’ was a revelation. Historic towns, great wine from the area, excellent food and lovely people. I will come back.”

It’s exactly what we wanted to read. The first online customer feedback from a comprehensive reboot of Inntravel’s discovery holiday on Tenerife sent our spirits soaring into the stratosphere. 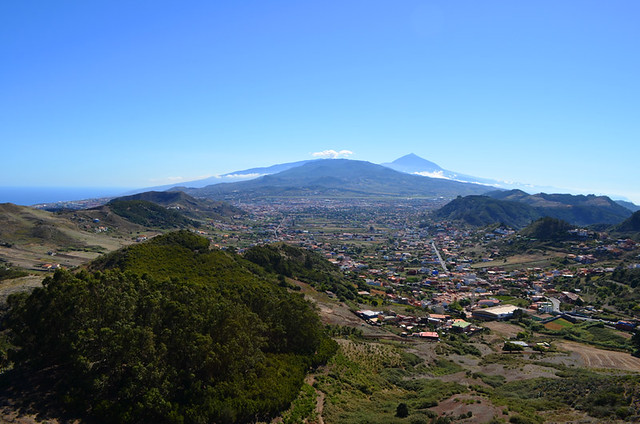 Earlier in the year we spent time revamping Slow Travel holidays on both Tenerife and La Palma in the Canary Islands. We passed the summer writing up guides to accompany them, hoping those who followed in our footsteps would enjoy the journey as much as we had.

Putting it together reminded us just how uniquely special parts of Tenerife are, and how much they contrast with the populist image of the place. 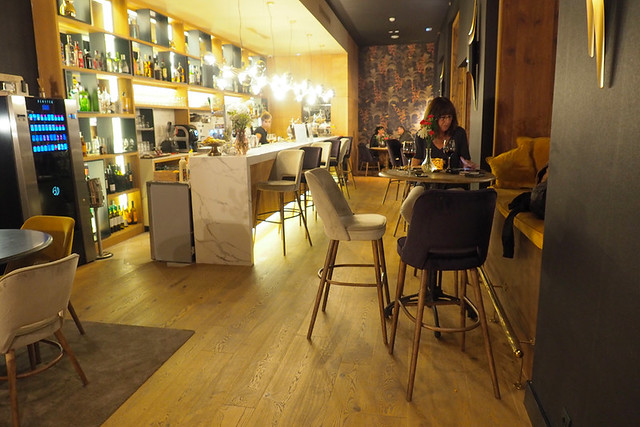 History and top nosh in La Laguna
We often write about there being more places to stay in La Laguna in the days when Victorian travellers travelled by stagecoach along the north coast than there are now. But things are changing. With more boutique hotels in colonial buildings opening it won’t be long before we can’t use that line any more. The new kids on the block are really old kids on the block as they’re located in historic buildings; perfect hotels for a city which is a UNESCO World Heritage Site because its old quarter is so well preserved. We’ve stayed at the Laguna Gran three times, loving it even before the Michelin star restaurant NUB, located within its walls, opened. It also boasts a great little bar which is far too easy to lose time in. 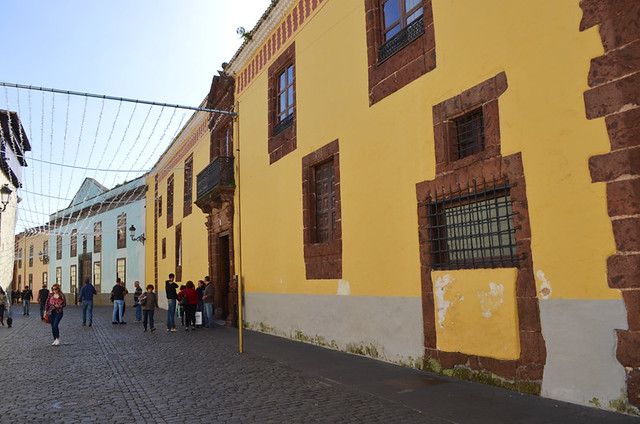 La Laguna itself is a joy of a city to wander. I couldn’t tell you how many times we’ve tread its cobbled streets, discovering something new every time. Many of its quirkiest and most charming spots lie hidden away, such is the nature of colonial architecture where colourful facades mask leafy, interior courtyards. Exploring doorways can lead to discoveries of striking street art, funky exhibitions, serene spots, or tantalising tascas. Tenerife’s former capital is a city to surprise and confound all those who think of the island as merely a winter sun holiday resort. 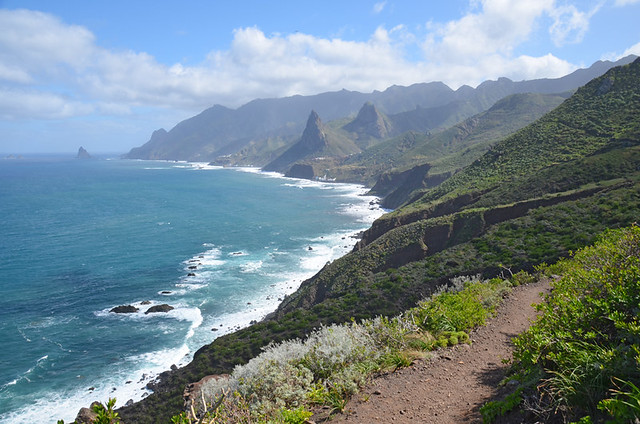 Exhilarating walking and a stunning beach in Anaga
La Laguna is also a good base for heading deep into our favourite natural part of Tenerife, an area we like even more so than Teide National Park. Anaga is another perception confounder. It’s a rugged, challenging landscape which demands visitors put in effort to see the best of it, either on two legs or on wheels. For years we’ve had a Real Tenerife driving route and walking routes which take in our favourite parts of the north eastern corner of Tenerife, so it had been easy to adjust these to create a bespoke package for Inntravel customers who’d be staying in La Laguna. 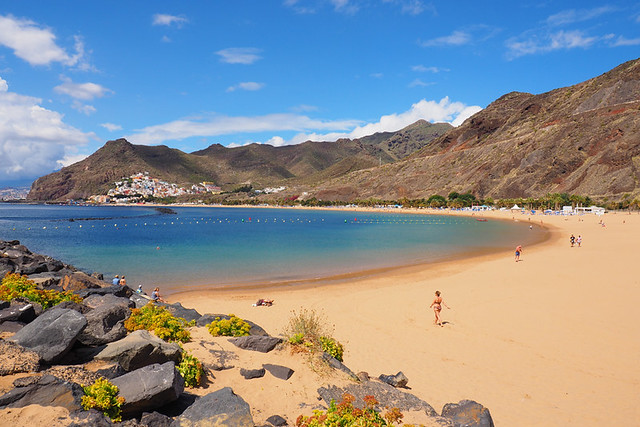 Checking out the drive instructions at the beginning of April showed why many folk who talk about the weather on Tenerife are guilty of viewing it in one-dimensional terms. Above La Laguna, rain and bruised clouds created a double rainbow which illuminated the angry sky. Forty minutes later in the heart of Anaga, and the sun was dancing off the sheen left by retreating waves on an empty, black sand beach. Rising behind the beach was one of the most dramatic coastlines you’ll find in Europe. Another thirty minutes or so and we were warming our toes on Tenerife’s showcase beach, Playa de las Teresitas, sweeping out from the fishing village of San Andrés. More British people will have seen photos of Teresitas than stood on it. No matter whether the content mentions it or not, images of the golden sands are invariably used to illustrate travel articles about Tenerife in the UK press, even those which only focus on purpose-built resorts in the south. 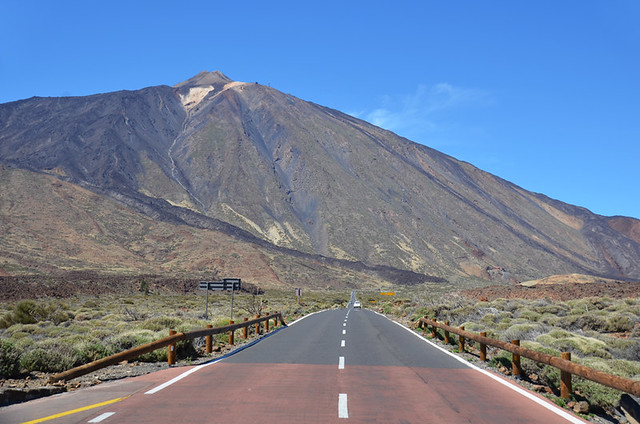 World beating Teide National Park
There are four ways to drive to Teide National Park. The majority of tourists follow three of them. Locals who live in the metropolis area (Santa Cruz and La Laguna) use the fourth, the best in our view. All routes make for a spectacular approach to a location which is, on many levels, out of this world, but the drive along the island’s spine trumps them all. Viewpoint after viewpoint demands regular pauses, slowing anyone who drives it down for the best reason. At some points it’s possible to look over the north coast, then cross the road to gaze over the southern one. Even when weather obscures the views, the phenomena known as the Mar de Nubes (sea of clouds) makes for an even more unique experience. 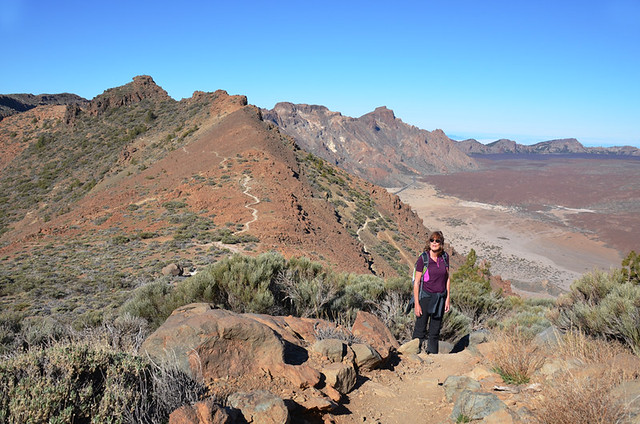 And then there’s Teide National Park, introduced by layered cake-like rock formations and the observatory looking more like a Bond villain’s lair at Izaña before the sheer beauty of the sprawling crater with volcano centrepiece Mount Teide sucks the wind out of you like a heavyweight’s punch to the solar plexus. It does it to us every single time we visit the place. This visit, our progress through the exceptional landscape was hampered by Bradley Wiggins and his mates doing some high altitude training. Thankfully, Teide National Park is one of those places where being reduced to a crawl isn’t something which has me gnashing my teeth (not that you could describe Bradley Wiggins cycling as being crawl speed). This is a wonderful world to be savoured at slow travel pace. 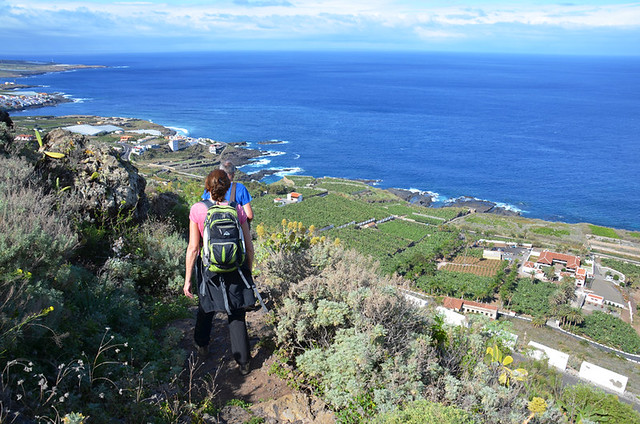 Isla Baja and Garachico
In Isla Baja, an area in the north west of Tenerife, the conquest of the island doesn’t feel quite so distant past. Here colonial mansions stand in the centre of banana plantations; an ancient tree spawned a multi-headed dragon; swimming pools are of the open air, volcanic rock variety; an oppressive tunnel hewn into the rock links two micro-climates; and there are the best boutique hotels in arguably the prettiest centre on Tenerife – Garachico. It’s a spunky town which has seen more than its fair share of disasters, including an eruption that sent rivers of lava steaming through the streets in 1706. They commemorate this by throwing fireballs off the cliffs above the town. That’s just the sort of place this is. Garachico might be the best known of the towns in Isla Baja, but it is only one of a number of historic settlements there. 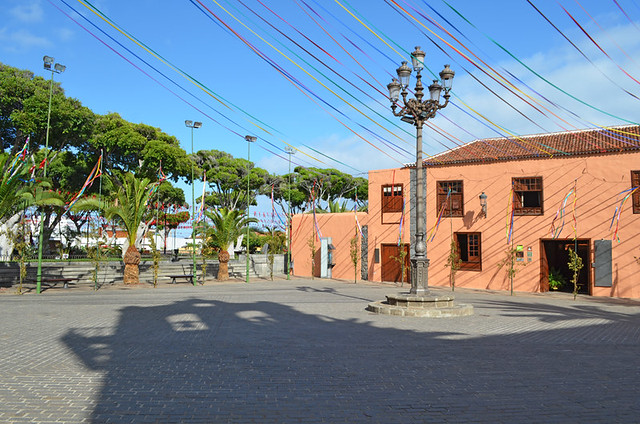 Tenerife’s far west is as naturally entrancing as its far east, the Teno Massif nearly matching Anaga for the visual drama which rewards hikers who take to its paths. When we showed our friend James from Inntravel our favourite trail there he declared it to be an almost perfect walking route. Knowing the sort of locations James has walked in the past, that was quite an accolade. But it’s a well deserved one. 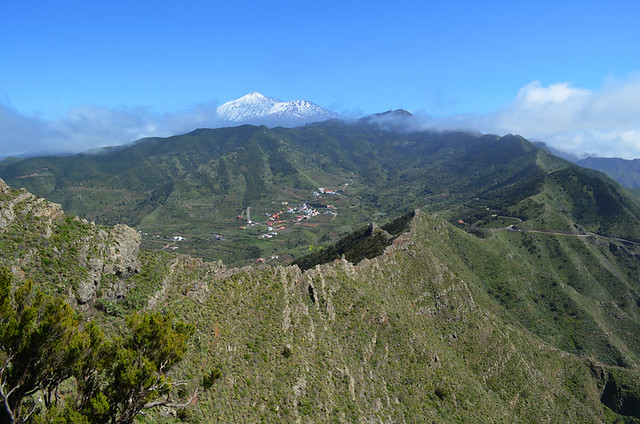 For all its natural beauty and historic riches, much of Isla Baja remains off the beaten track.

When I started this I had a long list of things I wanted to include from a journey through history which bypasses all the resorts. But there was just too much to mention without this going on and on and on. What’s left is just a tapas-sized portion of a brimming banquet of much of the best of traditional Tenerife.

The Inntravel customer was absolutely spot on in their review. Tenerife is a revelation. Especially when you know where to look

Into Alentejo, a road trip around the Sado Estuary

Although no distance as the crow flies, the transformation between bustling Setúbal and the sparsely populated, tree-fringed, white sands on the other side of the estuary was astounding. Within moments of disembarking we were on our own… […]