The waiter asked what we’d like to drink.
“Two glasses of red wine please.”
“Glasses?” He smiled. “Why not have the whole bottle?”
I decided there were definitely elements of all inclusive I could get used to.

For a project we were working on we had stayed back to back in three hotels which offered all inclusive (AI) packages.

For a long time I’d had a snooty approach to AI packages. For a start, surely no discerning traveller would stay in a place that didn’t involve exploring the local culinary scene? But then we’ve never had permanently hungry and thirsty creatures with bottomless pits for stomachs in tow. 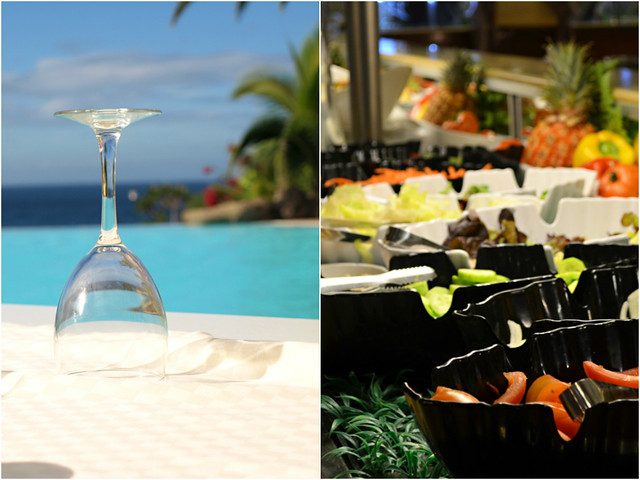 On our first day, AI was a bit like being children with free reign in a sweet shop – the wine and food flowed freely and bountifully and who were we to refuse it? It was all in the name of research after all, and we floated through the day in a light alcohol-induced haze. I’ve got to say doing nothing except wandering around the hotel and its grounds snacking and drinking when we felt like it brought on a happy almost Zen like state.

The food was good quality and included creative local dishes. The drinks were not all unbranded local firewater, like I’d often thought came with the AI package, but included a limited amount of familiar names. And our fellow guests weren’t slavering, staggering, drunken Neanderthals (although they might have viewed us in that way). They were no different from the guests at any good quality large hotel in any popular tourist destination.

Although we wouldn’t normally choose AI as an option, in this case I was pleased to be AI. I knew the area well. Authentic local cuisine wasn’t a feature. In fact decent cuisine of any sort wasn’t really a common feature. It was an area I’d been constantly disappointed in from a culinary perspective to the point that it depressed me to actually eat out there.

The food served in the hotel was as good as I’d eaten outside its doors. The AI food in the second hotel we stayed at, also in the same area, was far better than the food in many restaurants around it. The guests were sophisticated and consisted of mainly well to do Spanish families. Apart from the AI tag there was nothing about the place that fit the common perception of AI as a cheap and cheerful option for people who weren’t interested in the area they chose to spend their leisure time. 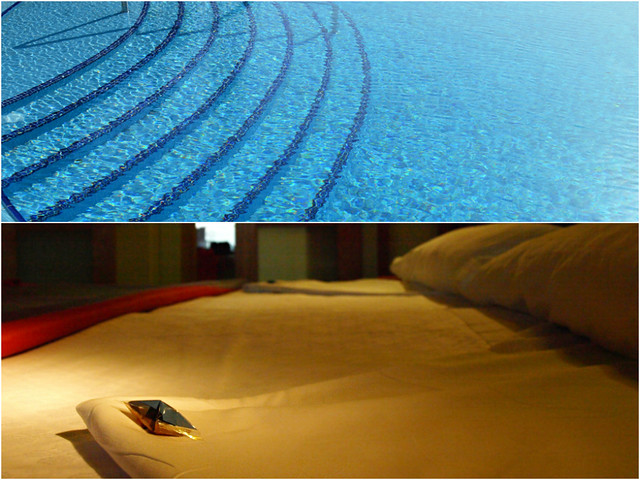 It’s not the first time this has happened. The last time we stayed in an AI hotel, the standard and quality of food was far higher than what lay outside. Additionally it was simply a more aesthetically appealing environment to spend time in.

Up until that point I’d pointed a finger at AI hotels for having a detrimental impact on the bars and restaurants around them. But looking at the sorry selection of  unattractive (some may say seedy) bars outside the hotel, I lost all sympathy. Their owners hadn’t made an effort to change things for decades. They were lazily complacent, relying on the lure of a year-round warm climate to bring people through their doors rather than taking responsibility for making their taverns inviting.
My thoughts must have mirrored thousands of others – ”why would I want to leave stylish, comfortable surroundings for any of those dingy looking bars?”

From that point I realised it was important to consider a number of factors before passing judgement on the effect AI has on any area. It’s a more complex situation than is often made out. Sometimes the proximity of an AI hotel can be a ready made excuse for bar/restaurant owners who lack business acumen.

The experience in the second hotel was more like staying full board at a top quality hotel than AI. Lunch was a three course meal in a poolside restaurant. Although dinner was buffet style, one chef prepared fresh sushi, another concocted fresh pasta dishes to suit individual tastes and yet another team of chefs grilled meat, fish and seafood (that one is more common in good hotels). There wasn’t even a tell-tale wrist band involved.
In fact in many ways the experience was no different from some of the hotels we’ve stayed at in lush and leafy beauty spots in the Far East, where often there was nowhere else to eat or drink. 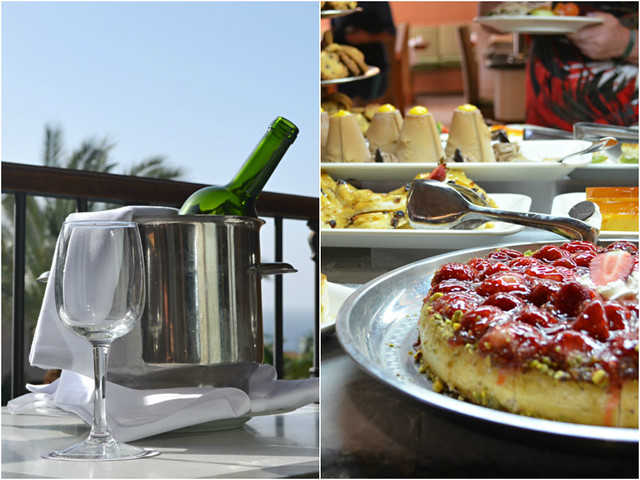 Our final AI experience was different again. The surroundings were beautiful, individualistic and promoted local heritage and environmental consideration far more than most other hotels we’ve stayed in… anywhere. However, the AI element was more as I’d once envisioned AI – a sort of unsophisticated canteen/school dinner vibe with unexciting and bland food that wouldn’t do anything for foodies but which would keep unadventurous palates relatively happy. I was bored with the food before it was time for dinner on our first day.

Overall what the experience taught me was something that applies to may things in life. It’s never a good idea to apply umbrella labels to anything. The three hotels we stayed at all had AI packages, but each implemented them in very different ways. I enjoyed staying at all the hotels, for differing reasons.

The more I experience AI first hand the more I understand its attraction, especially for anyone with a family or on a tight budget. And the more I appreciate that AI doesn’t always mean poor quality and cutting corners.

In the end, whatever anyone may think about AI, it’s customer driven. Any destination who banned it, as has been proposed in some locations, would simply have other destinations with similar qualities (usually sunbathing weather) who did have AI hotels metaphorically rubbing their hands with glee at the extra tourists heading their way.