Lake Maggiore isn’t the largest of the Italian Lakes but it is the longest, sharing its northern shores with Switzerland. Like the other lakes not so very far away it is a stunner, with picturesque lakeside towns by the bucket load. It also boasts some sparkling lake treasures in the Borromean Islands, each one with its own distinct character.

These are some snapshots of an Italian beauty. 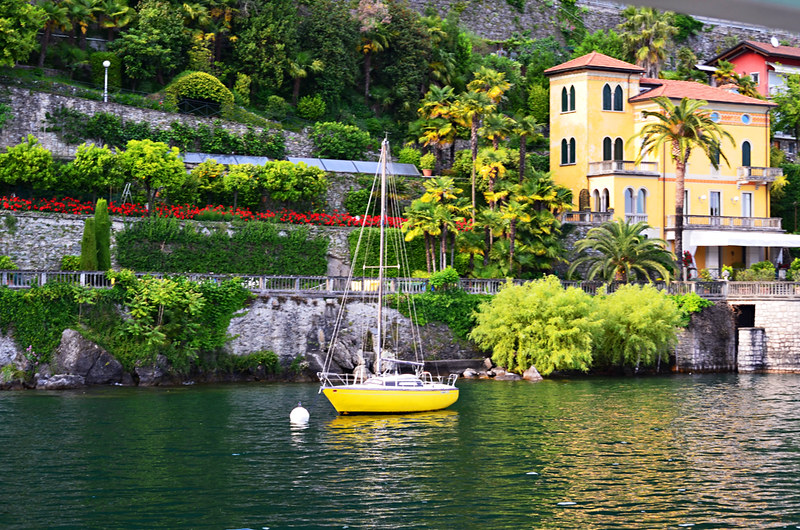 There might be views of the Alps but the Cannero Riviera has more of a feel of the Mediterranean about it, with the air perfumed by lime, lemon, orange and olive groves. This is such a typical Lake Maggiore scene – immaculate gardens, elegant villa and a yacht the colour of lemons bobbing on the olive waters. Idyllic. 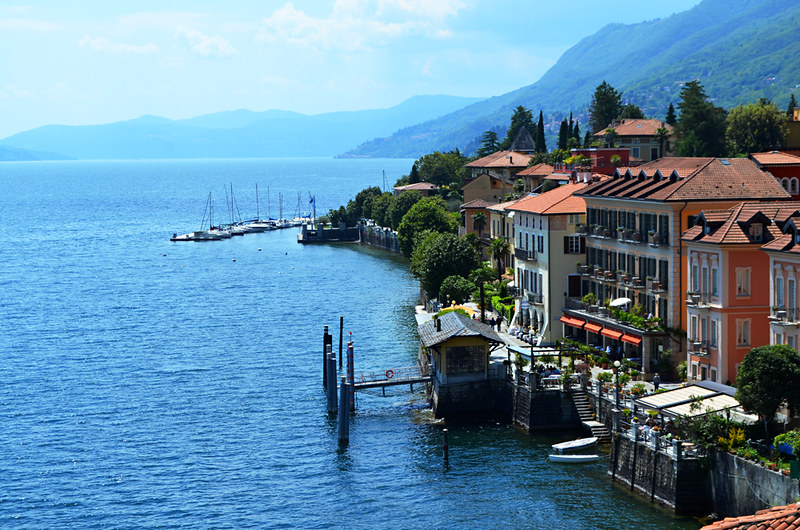 A small town with a big personality near the border with Switzerland, Cannero is the sort of place where I wished I had a sharp Armani suit to throw on before we strolled its perfect promenade. Charm and style personified. 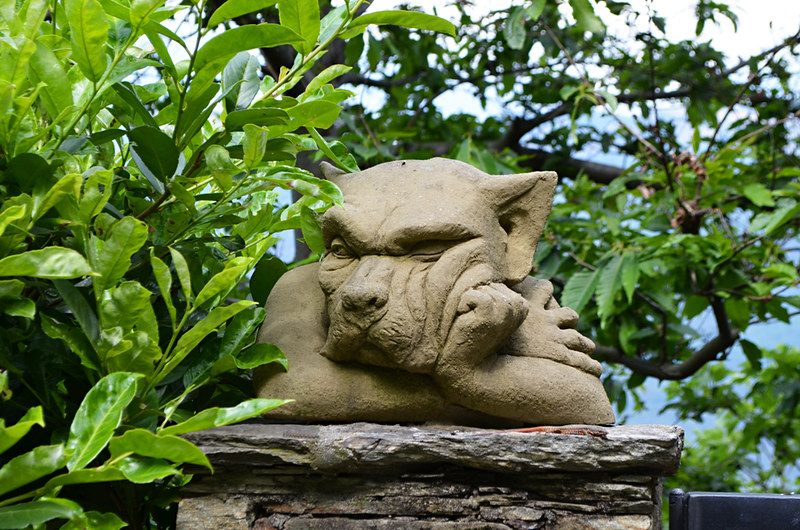 This statue at the entrance of a house located beside the woodland path between Cannero and Cannobio seemed to mock those oh so serious ‘beware of the guard dog’ signs you often get. Maybe he’s more bored guard dog as not so many people pass his way, so he doesn’t have a lot to bark about. 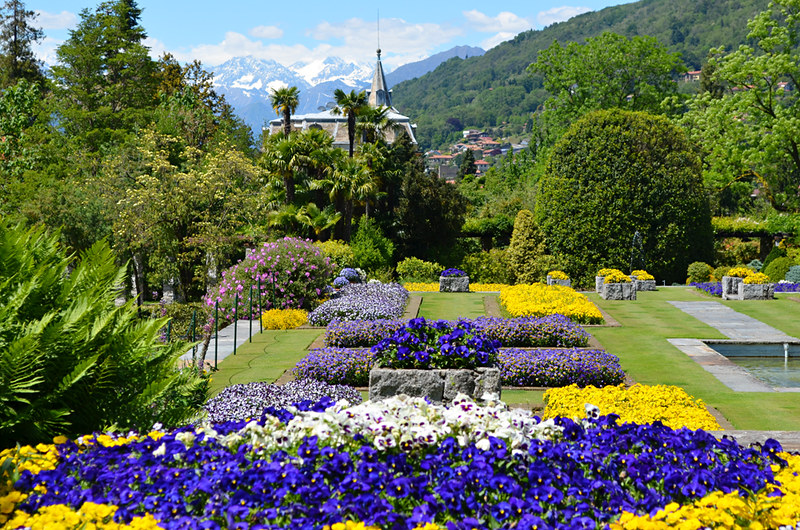 The creation of a Scottish sea captain, the gardens at Villa Taranto in Verbania are part classical Italian, part flowery British and part exotically botanical. This scene captures some of its mixed up, but totally enchanting, personality. Neat gardens, palms and a snowy mountain backdrop. 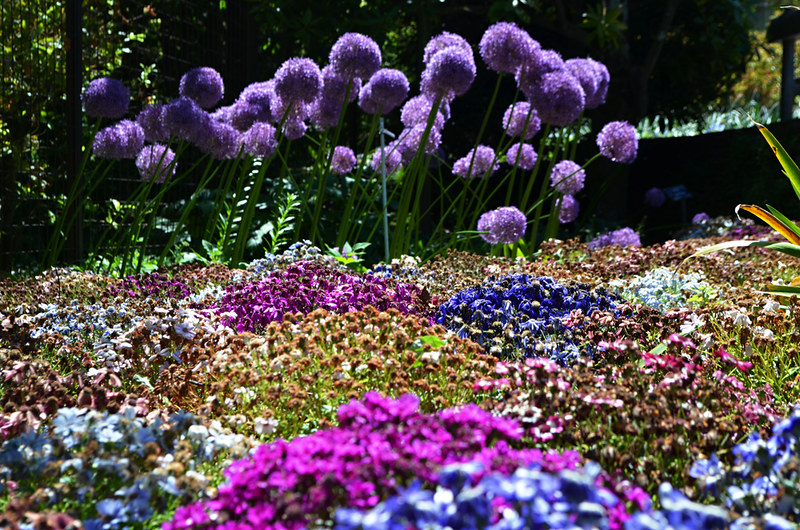 Another Villa Taranto shot. There are always flowers in bloom apparently. What I like about this is that although there’s a neatness to the display, the flowers past their best lend it a slightly unkempt look which makes it less Mary, Mary quite contrary. 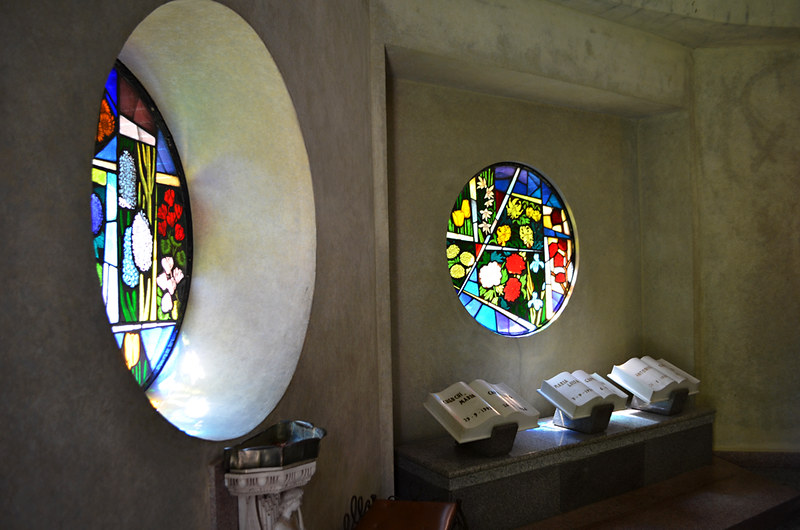 The stained glass windows really pop out against the stark stone in the last resting place of Villa Taranto’s Captain Neil McEacharn. 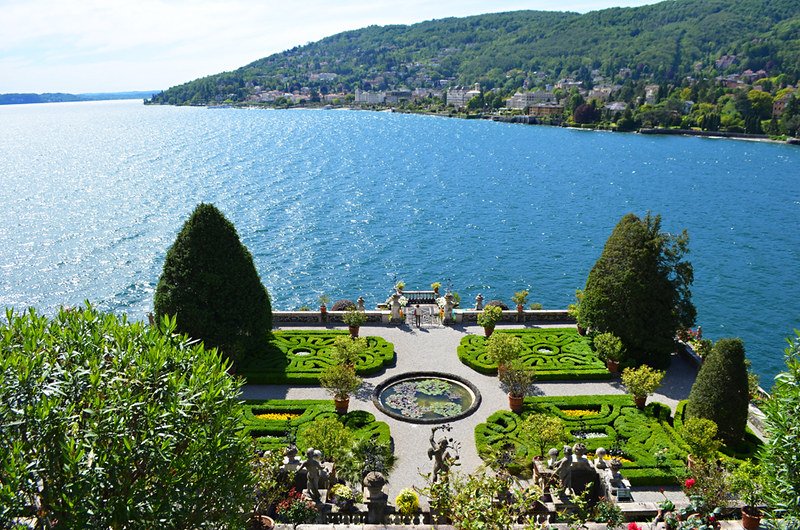 There’s no mistaking which country you’re in when you gaze out across the gardens on Isola Bella, one of the Borromean Islands on Lake Maggiore.

Proud as a Peacock 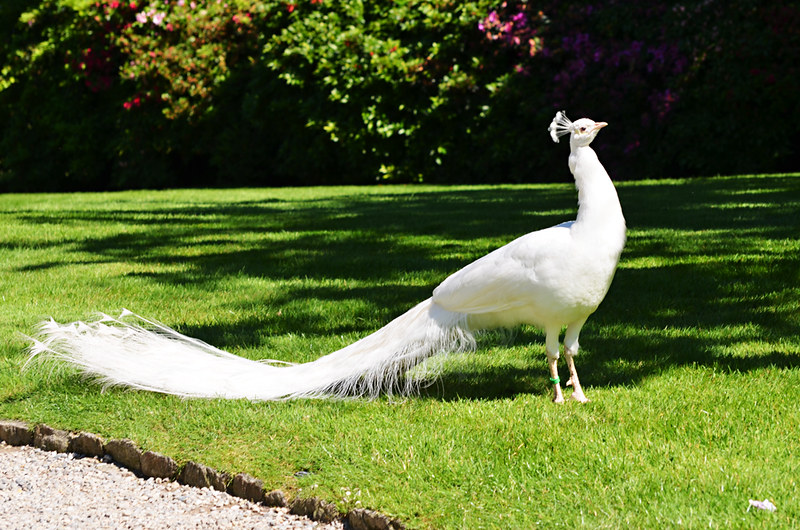 And no ordinary peacock at that, one of the striking white peacocks on another garden Borromean Island on Lake Maggiore, Isola Madre.

The Prince and the Pauper 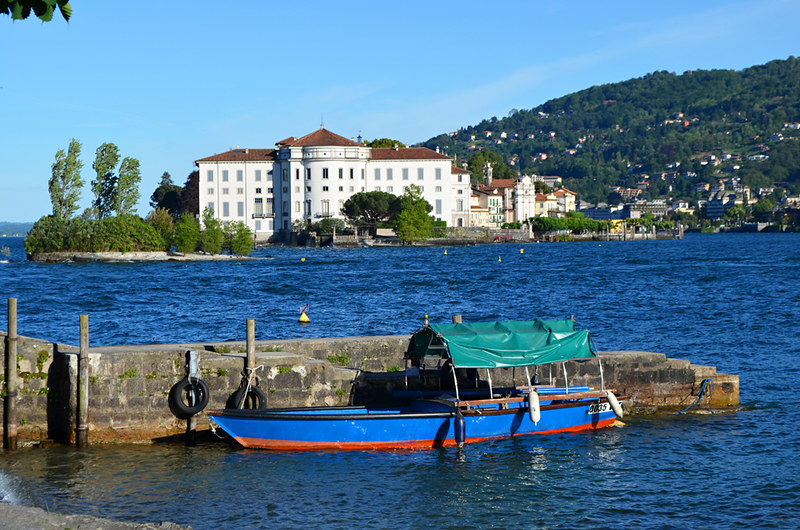 An image that shows the wildly differing personalities of the Borromean Islands. The aristocratic pomp of the palace on Isola Bella brought down to earth by the simple fishing boat on Isola dei Pescatori. 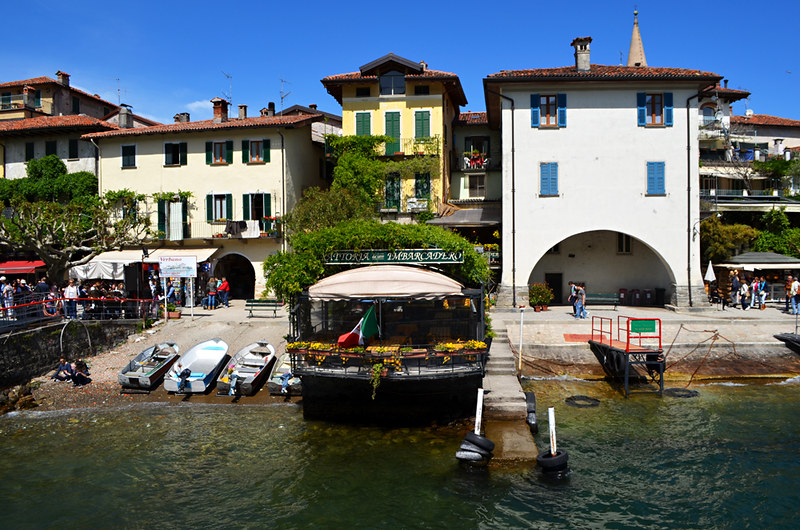 There are no gardens to speak of, but its honest, simple, working class charm made Isola dei Pescatori our favourite amongst the Borromean Islands, especially after the day-trippers left and we felt as though we had the tiny island all to ourselves.