As well as writing travel articles we produce our own walking routes and have written a walking guidebook, Walk This Way Tenerife. We also help put together walking holidays around Europe for slow travel specialists Inntravel. These often involve day after day of exploring trails in specific destinations to pull together the best walks as well as finding the most interesting things to see.

The latest involved 11 days of walking more than 20km a day as well as climbing over 7500m and descending nearly 9000m during the period. 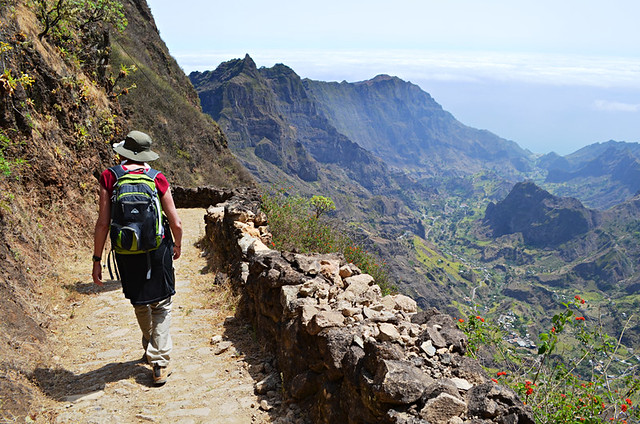 There’s a serious amount of planning before we embark on one of these ‘missions’. However, no amount of remote planning can help prepare for the reality of pulling on the boots and getting into the field. It’s in the great outdoors where you really learn what hitting the trail day after day requires.

These are ten hiking tips we’ve found to be vitally important.

1: Footwear
Good footwear is everything. Having comfortable boots is a must. We favour boots with ankle support, lightweight uppers and thick soles for absorbing walking on hard rocks. It’s sensible to try out new boots before tackling ambitious routes. I broke in a new pair this year on a series of shortish walks (under 15km) on Corsica and they were perfect, like my feet were wrapped in a light, cosy duvet. Almost as important as good boots is wearing the right socks, otherwise you could be heading to blister city. It’s worth investing in special walking ones. They can be expensive but they make all the difference. 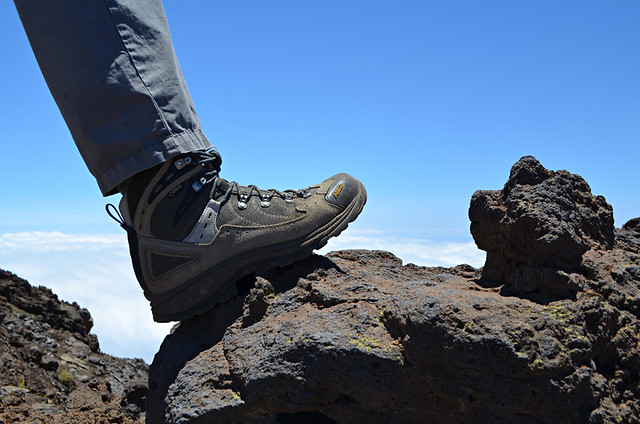 2: Water
It’s hardly a revelation that you should always carry a sufficient supply of water. This tip is about more than that. It’s about planning where you’ll get that water. Unless as part of a picnic, we rarely pick up water supplies from hotels as they often overcharge. Plus we’ve had some hotels hand us huge glass bottles. They might be more environmentally friendly than plastic but they’re not welcome when you’re trying to keep down the weight in the rucksack. We stock up on water supplies at the nearest supermarket and then refill the bottles we want to carry on a daily basis. 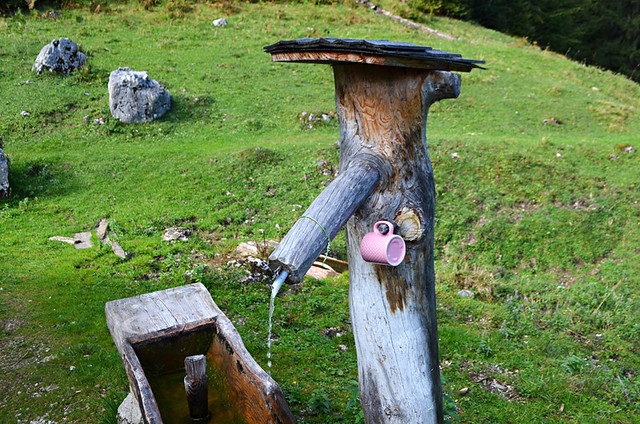 3: Food
Long routes require eating on the hoof. Many of the routes we walk involve stepping from hotel onto the trail. In popular walking areas hotels are used to putting together picnics. Invariably these involve a ham and cheese baguette, fruit, water, juice and a biscuit. In one location recently, the picnics we were handed were the size of a generous Chinese takeaway – tasty but too much weight. Again we prefer to stock up from local supermarkets so we can control exactly what we carry. To travel light, check if there are any lodges/bars/restaurants along the route where you can pop in for something to eat. Lunching in mountain huts or quaint country taverns with sumptuous views is part of the experience. Even then it’s still worth carrying a couple of energy bars. 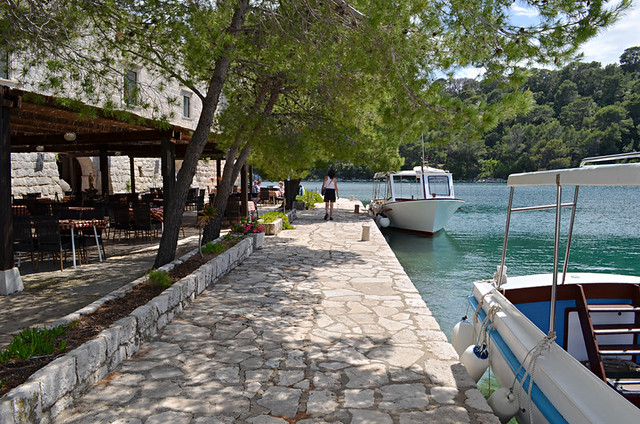 4: Clothing
Pre-trip planning should involve checking average weather conditions so you can dress accordingly. For spring/summer/autumn walking in Europe we pack a mix of waterproof jackets, hat, gloves, trousers that dry quickly and base-layers which are light but provide warmth if required. We find having layers is best so you can hood up when it rains and strip to a tee-shirt in sunshine. Because we create and record walking routes we’re constantly having to dip in and out of pockets for phones, GPS devices and maps, so plentiful pockets are essential. Even if you’re following someone else’s directions you need a pocket where you can whip the directions in and out at will. Where possible I wear a lightweight gilet which has more pockets than I know what to do with. 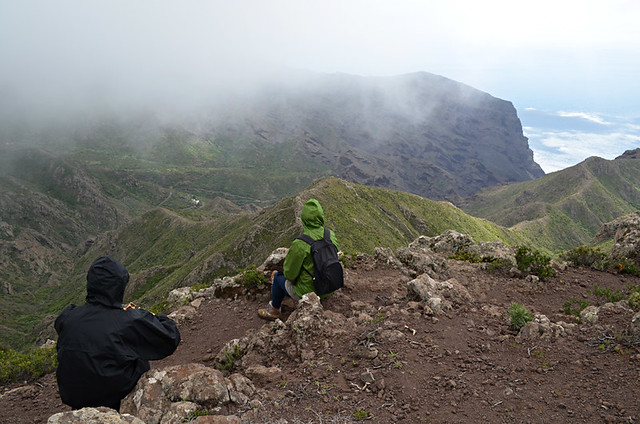 5: Weather
Continuing on a weather vein (sorry) it is vital to keep up to date with weather forecasts after arriving in a destination. Heading into the hills without knowing what the weather is planning could be heading into danger. Where we live in the Canary Islands, the Spanish Meteorological Office issue warnings when there are extreme weather alerts. It’s crazy and dangerous to ignore them. Always, always check locally. 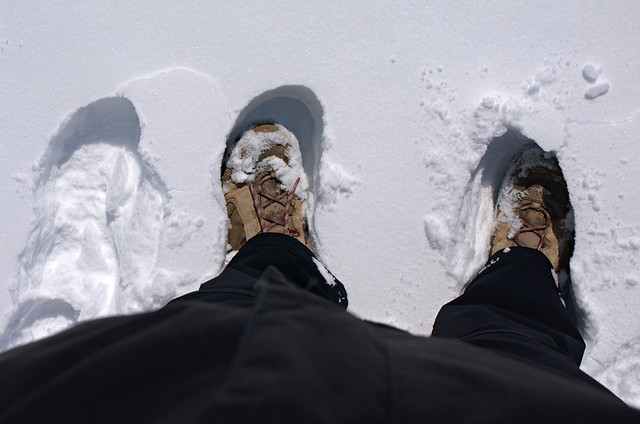 6: Maps
Maps are a key to unlocking the countryside. Apart from showing established walking routes they tell you all sorts of things… as long as you know how to read them. For anyone planning serious walking, basic map reading skills are essential. Most maps aren’t perfect, we often end up with a library of maps for each place we visit and virtually none are exactly the same. Even with their flaws, having a map and knowing how to use it can keep you out of potential trouble. 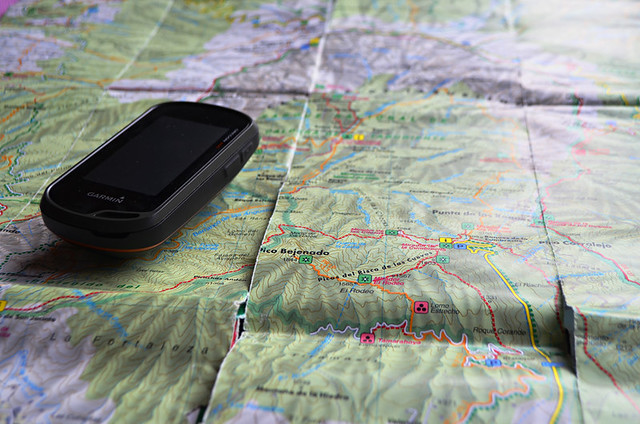 7: Rucksacks
As the routes we walk are either from a base or walking from hotel to hotel, with our main luggage transported separately, we use day rucksacks. In my case a rucksack designed for carrying camera equipment. Even though our rucksacks aren’t excessively heavy it still makes for more comfortable walking to have ones which sit high on the shoulders. My previous camera rucksack dragged the weight down my back and the longer the route the more uncomfortable it became. A good rucksack should still feel comfortable after 20km of walking. 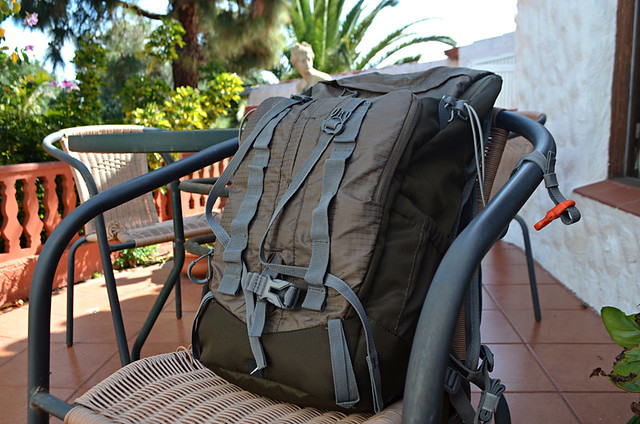 8: Terrain
Research terrain before setting off. Reading contours on maps means you aren’t going to be surprised when the route you’re following suddenly heads up what looks like a sheer cliff face. If you can’t read a map, Google Earth is a good 3D substitute. If there’s a lot of steep ascending and descending we pack knee supports. For years we’ve not used walking poles but tackling 1000m descent after 1000m descent in Bavaria recently prompted us to have a rethink on that policy. Having the right equipment for the terrain makes life an awful lot easier. 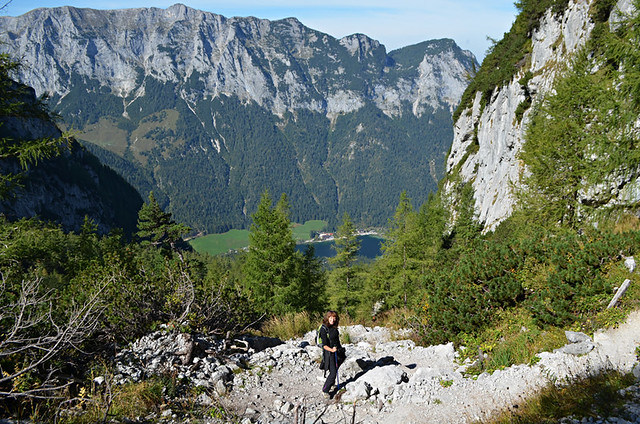 9: Route Planning
Before setting off on a route you should know its estimated distance and time it should take to complete it. If following directions you’ll have access to this information so can plan when you need to set off, keeping local daylight hours in mind. I read a blog from a couple who set off on a 5 hour route after 3pm in the afternoon. Halfway along the route darkness fell and they got lost. The only ones surprised at that outcome was them.
Don’t be fooled into thinking knowing distance is enough. Terrain can play a huge part in calculating time. For example, signposts in Berchtesgaden in Bavaria don’t show distances, only estimated times. The reason being if you see 2km on a signpost you might think it’ll take no time at all to cover. But when that 2km involves a 1000m climb just knowing distance can lead to serious miscalculations. 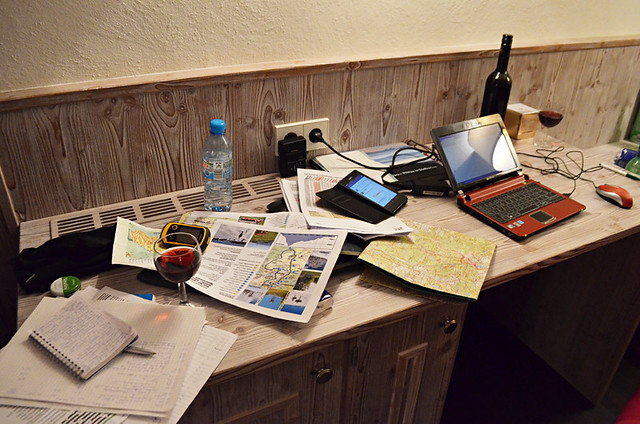 10: Logistics
Not all walking routes start from the door of your accommodation. Plenty involve having to get yourself to the start of a route or get back to your accommodation at the end of one. This might involve utilising various forms of transport and has to be figured into plans when working out timings. We often face head-scratching logistical puzzles, but that’s mainly because we’re laying foundations for new routes. One recent route involved a two kilometre walk to the nearest bus stop; an hour on a bus; an hour and a half waiting in a queue to catch a cable car; then the cable car ride itself before a 15km walk and 1300m descent to get back to the hire car we’d left in a hotel car park a week earlier. After that it was a relaxing 20 minute drive back to where we were actually staying.
If using public transport to get to the start of a walking route, remember to take reduced services at weekends into account. 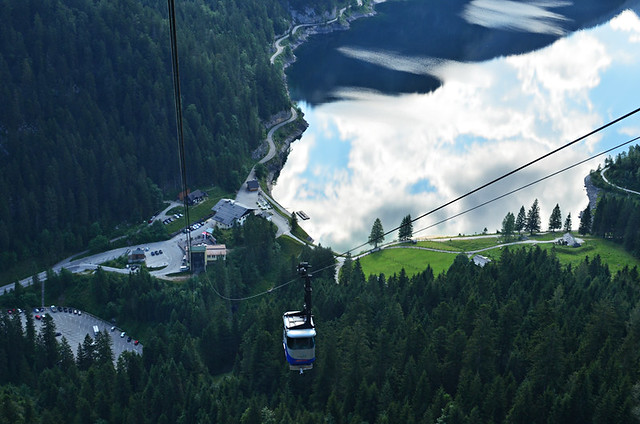 Because of the nature of our work I’ve probably made taking to the great outdoors sound far more like a military exercise than it needs to be. However, Mother Nature is an untamed beauty who needs to be treated with due respect.

Baden-Powell’s motto is as relevant today as ever. Be prepared.