When we work with slow travel specialists Inntravel to create new holidays or update existing ones, the focus mainly tends to be on finding and recording the best walking routes in any location. But we’re also always on the lookout for anything at all we think might be of interest to visitors – e.g. cultural, traditions, historic snippets, quirks, gastronomy. We especially like to promote small family businesses, it fits in with the whole slow travel ethos and they’re often the places where you get the best stories and meet the most interesting people. 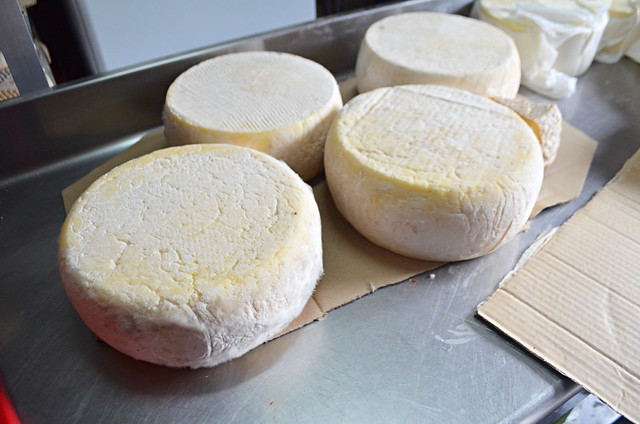 Returning to Fontanales in Moya on Gran Canaria after less than a year, our eyes were immediately drawn to a shiny new stand in the centre of the small town. It was part of a Ruta de Queserías, a campaign to promote the area’s queserías (cheesemakers). The stand listed the names of nearby queserías; an arrow pointed in the relevant direction and additional info told us how far away each was – all extremely helpful. As there were three cheesemakers within a few hundred metres, we decided an explore was in order.

There’s something worth knowing about the Canary Islands; local councils love shiny promotional materials. Occasionally more work can be put into creating glossy promotional material than into the actual initiative itself. We realised pretty pronto this was the case with the Ruta de Queserías. 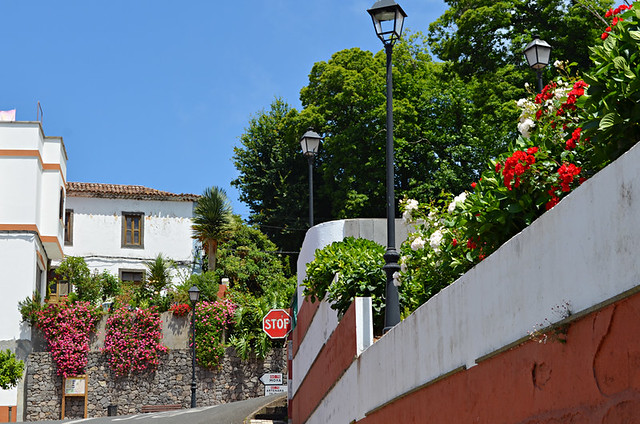 Our trail took us up a narrow street lined with low cottages fronted by vines, roses and geraniums. Within moments we swapped buildings for the rolling pastoral lands which surround Fontanales. A musical tinkling of bells assured us we were deep in goat country. Where there are goats there is cheese.

The first cheesemaker was supposed to have been within 400m. However, after 500m and no additional cheese route signs, the alarm bells started to mingle with that of the goats’ bells. We passed three houses, none of which had any indication at all they might be the abodes of cheesemakers.

We wandered up a concrete ramp driveway to the nearest house where a man was pottering about in a yard. We reckoned he had cheesemaker potential. We were wrong. But he did point us in the right direction, to a house further along the lane… with no sign identifying it as a cheesemaker. 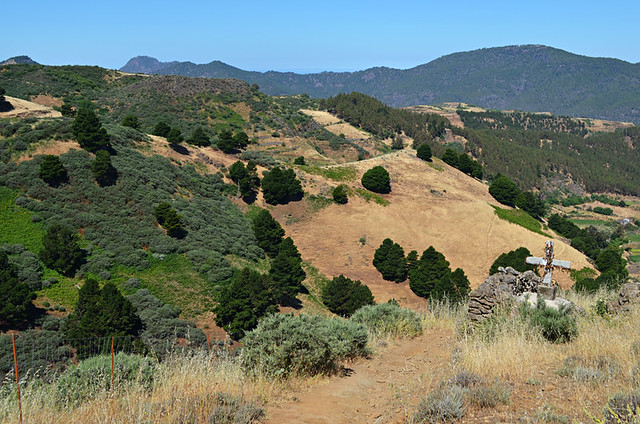 We toddled up the concrete drive to this one and found another man pottering about (there’s a lot of unspecified pottering about in these sort of places). This time the man confirmed he was indeeed a cheesemaker… but he didn’t sell direct to the public.

The obvious question here is why go to the trouble of creating a cheese route when you can’t actually buy cheese from the cheesemakers? It might be the obvious question, but you learn it’s best not to look for logical in the Canary Islands.

A bit more verbal prodding and the cheesemaker pointed out another house, that of Madre Vieja, where we might actually be able to purchase some cheese. 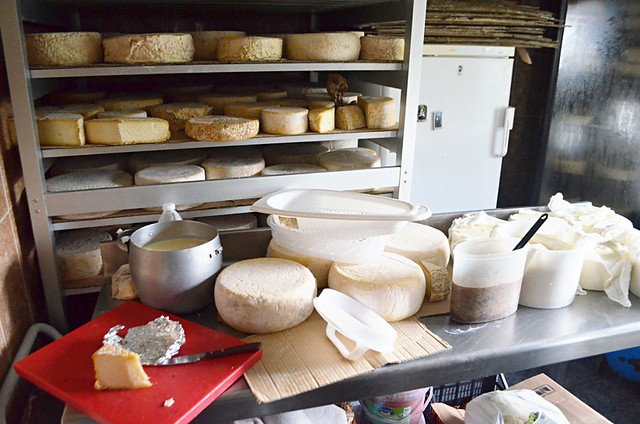 Again there were no signs to identify it as a quesería but the mooing and bleating as we approached, mingled with the unmistakeable aroma of slightly soured milk, seemed hopeful signs. As we reached the house a woman poked her head out of a door.

‘Si,’ Madre Vieja replied with a smile, opening the door wider so we could enter.

I guess we expected a bit of a farm shop affair. Instead we entered a living room area with a sofa and a wooden table with scales on it. Off to one side was a cupboard-sized room with a couple of huge pans filled with creamy milk – the quesería. As our eyes adjusted to its dim interior we saw much of the room was taken up by an open unit whose shelves were filled with musty, dusty rounds of cheese. Proper cheese; mature and gorgeous.

For cheese lovers, it was like discovering a pungent smelling Aladdin’s Cave.

The next 5 minutes or so were spent relishing generous slivers of savoury semi-curado covered in paprika, picante curado with a gofio coat and, best of all, creamy, smooth and powerful queso de flor (the ‘flor’ part coming from the flower of cardoon, a thistle-like plant). They were all sigh-inducingly tasty, so we bought three huge wedges. Whilst Madre Vieja weighed out the cheese to decide a price (€12), her son showed me around the small farm, specifically a cave byre populated by calves.

Transaction concluded, we said our ‘adios’ and sauntered back to Fontanales happy as Larry with our cheesy haul. 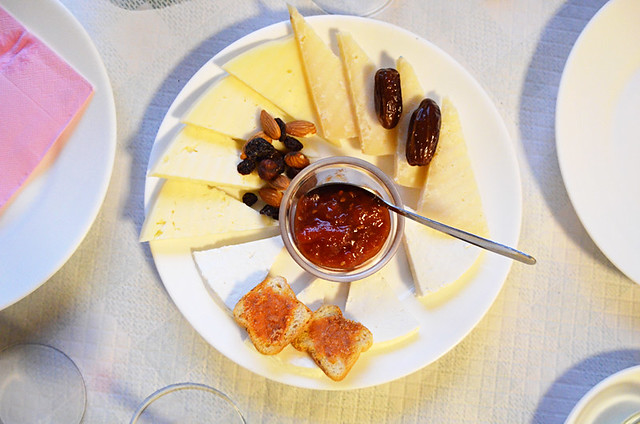 We’re used to the ways of the Canary Islands, so know the unconventional aspects of the Ruta de Queserías are quite typical of the way some things work on the islands. But it’s not particularly user friendly for visitors who don’t speak Spanish.

It would be a shame for anyone passing through to miss out on Fontanales’ cheese – it is exceptional. Adventurous travellers can always do what we did and follow the signs. But for anyone who doesn’t want to trawl the countryside questioning locals there is an alternative – family run Restaurant Sibora in Fontanales has cheese from Madre Vieja as well as other local cheesemakers. And, as a bonus, it is served with a dollop of their delicious homemade tomato jam.