The small unit has been tracking our progress through the ravine for some time, keeping level and matching our pace whilst remaining out of sight. I don’t look anywhere except ahead at the dusty track in front of us. However, I watch for the slightest movement out of the corner of my eye. Every so often one of our followers breaks the cardinal rule of camouflage by allowing its head to pop above the ridge so that it’s silhouetted against a blue sky. 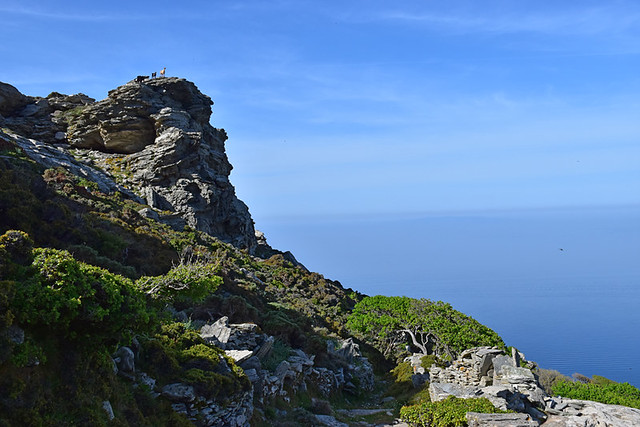 That’s the thing about goats, at some point they just have to have a closer view, usually from a precarious lofty perch. They seem bemused, bewildered, bewitched at the fact that humans have the audacity to invade their territory. I think of them spotting us entering their green and pleasant lands and one gasping in best Victor Meldrew fashion “I don’t believe it!” That’s certainly the expression some have on their bearded little faces.

We’ve walked paths in many countries where members of the local goat population have long since locked their letterbox-slit eyes on us like heat-seeking missiles before we’ve clocked them. Often their presence is betrayed by a sing-song clanging of bells in the undergrowth. It’s a comforting noise to me, as appealing a part of nature’s soundtrack as birdsong. As soon as we hear those goat bells we always stop to try to locate the owners. Sometimes it’s easier than others. 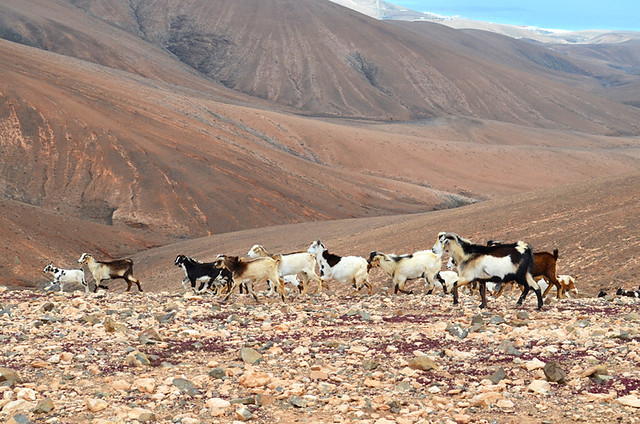 On Fuerteventura, where there are more goats than people, they don’t exactly blend in with the barren, tangerine hillsides. Plus there they tend to travel in huge tribes.

In deep gorges in places like Crete it can be more of a challenge to pick them out. Sheer walls and shadowy crevasses create lots of concealed ledges. Plus, the most adventurous goats can be easy to overlook; eyes automatically not bothering to scan the most inaccessible spots as nothing without wings could reach them. Someone remarked to us once they couldn’t understand why tourists would stand and stare at something as common as goats. I’m one of those wide-eyed tourists. I’ve seen loads of goats glued to cliff-faces and still I’ll stand for ages, transfixed, wondering how on earth something which is related to a sheep can walk across vertical rock to reach the most ridiculous outcrops. Another burning question is why? Does a weed in the most difficult place to reach really taste that much better than one in a flat pasture? 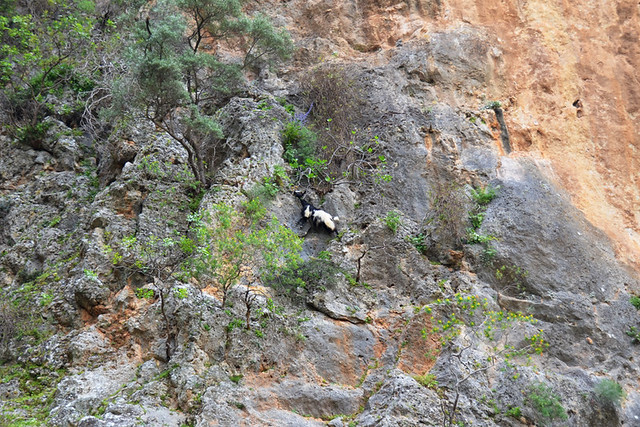 That sort of behaviour sets them apart from other livestock. They have big personalities.

In the remote Anaga area of Tenerife, residents regularly complain about goats that have gone bad – former livestock which have taken to the hills and formed renegade bands. That might sound like poetic licence, but it’s not. I’ve read reports where locals have demanded action be taken to tackle the bearded bandits who make destructive raids on their fields, tearing down fences and destroying valuable crops. It’s not funny if you’re a local farmer, but I can’t help visualisising bad ass bandolier-wearing goats with skull and crossbones bandanas wrapped around their heads. 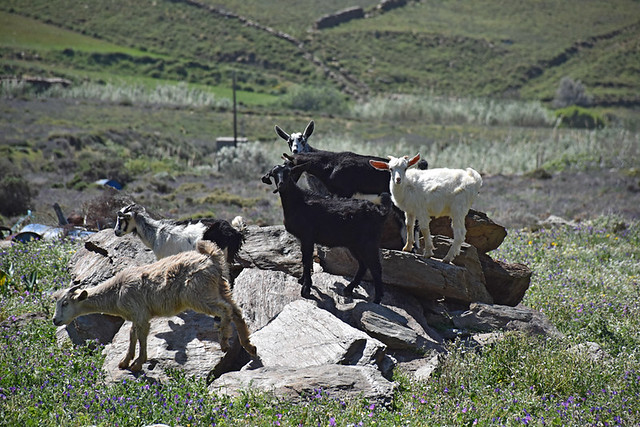 I wonder if I have an affinity with them because I’m a Capricorn. Years ago I read an article which stated Capricorns are drawn to bureaucratic jobs, especially the Civil Service. I read it sometime during my twenty year career as a civil servant and it instantly made me feel like a cliche. However, the article also went on to say that a few Capricorns made the leap from domestic goat to mountain goat. Ever since that point I aspired to be a mountain goat Capricornus. Maybe I look at them with such admiration because I want to be one of them. 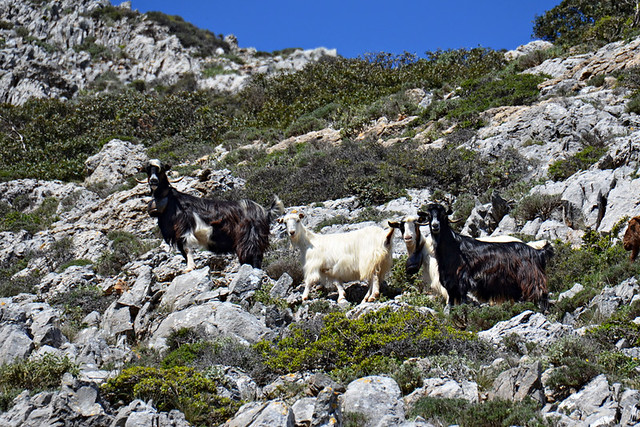 I’m also a hypocrite whose affinity only stretches so far. Show me a menu with goat stew on it and there’s no prizes for guessing what I’ll order.

Note: If you get the title without Googling it then we’ve got similar taste in movies.