The Italian Lakes had existed as a romanticised location in our imaginations for many, many years. A destination that had been elevated to such a lofty position we were almost scared to visit lest the bubble be exploded. The food couldn’t be as good as our tastebuds imagined or the landscape as perfect as the dreamy scenes that floated on a sighing cloud in the sunny part of the mind. Could they?

Walking around the Italian Lakes –  Immaculate and Wild
We expected rolling hills, vineyards, olive groves and lakes with such beauty they could lure the stars from the sky… or Hollywood at least.
There’s an overdose of those – a banquet of idyllic walking routes around lakes and islands that invariably end at places which must have graduated top of their class at the school in the quaint and charming towns category, all complete with ubiquitous atmospheric tavern. 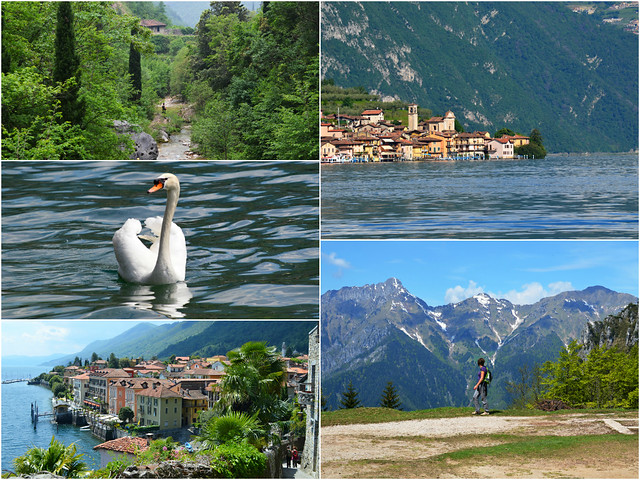 Lake Ledro was our rather pretty but understated introduction with Lake Garda raising the beauty stakes, before it was outshone by Lake Orta, Lake Iseo and Lake Maggiore.
The scenery is nearly too intensely divine to absorb. It reminded me of the west coast of Scotland. Not in similarity of looks but in the way you are constantly bombarded by extreme scenes of beauty to the point of submission and outbursts of ‘I cannae take any more Cap’n’.

Then there are the gardens, especially those at Lake Maggiore. Shows of obscene wealth and power some may be, but these displays of riches reward all who stroll their seductive walkways; the gardens so extensive that exploring each is, in essence, like following mini walking routes.

Most surprising to us were the walks on the wild side, the rugged mountains that act as a dramatic yang to the pristine lake-side’s yin. Routes such as the Cima D’Oro above Lake Ledro, where narrow paths dissect steep hillsides and where the last winter snows lingered, occasionally blocking our way, adding a touch of spice that taught us the Italian Lakes have an untamed edge to their pristine character.

It’s this diverse mix of options that makes for such satisfying walking in the Italian Lakes. Whether you’re into dreamy walks that prod the poet in you or challenging mountain yomps that bring out the adventurer, it delivers and then some. And the signposting is pretty good as well.

Wining & Dining around the Italian Lakes
What can I say, it’s Italy. Like the scenery, the cuisine surpassed expectations. I had one mediocre meal all the time we were in Italy and that was in a hotel catering for Northern European guests rather than Italians. Even one of the most depressing hotels we’ve stayed at in a long time (fabulous views, monastic cell of a room without the character of a real monastic cell) served up rabbit that was better than any I’ve eaten… and I live in a place that specialises in rabbit. 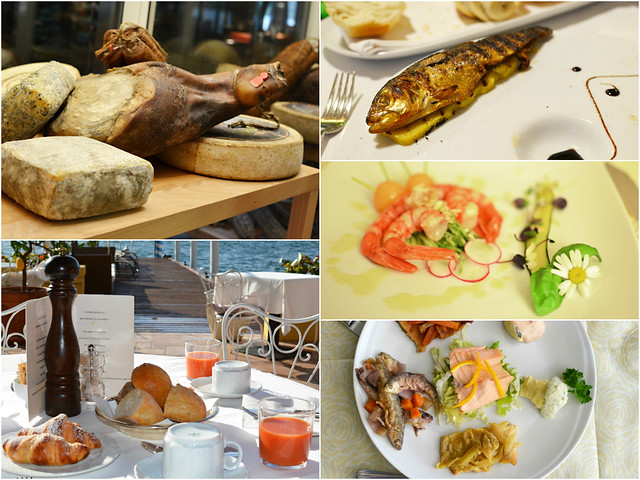 Warm ham and cheese piadinas in unassuming cafés; flaky fresh lake fish served by the fishermen who caught them; simple pastas and risottos packed with fresh flavours; desserts to wow someone who can take or leave desserts (me); Michelin Star meals that occupied a culinary stratosphere when it came to looks and taste – at every level the standard of food was exemplary and, Michelin restaurants aside, not as expensive as I’d expected.

Stand out meals were a simple plate of tricoloured risotto made with rice from the paddy fields around Novara; breakfast of fresh pastries, hams, cheese and blood red Sicilian orange juice by the side of Lake Garda and Lake Maggiore; crispy sun dried sardines from Lake Iseo; enchanting dishes at Al Sorrisso in the hills above Lake Orta; the most fun dessert ever at Piccolo Lago on Lake Mergozzo and an array of imaginative dishes to match the fantastical setting of a faux Arabian Palace at Orta San Giulio.

Best of all was a relatively simple dish in a cosy little restaurant beside a pond-sized harbour in Gargnano – turbot in a black spinach and squid ink crust. It has got to be one of the tastiest dishes I’ve eaten… except I didn’t get to eat it as it was Andy’s choice. 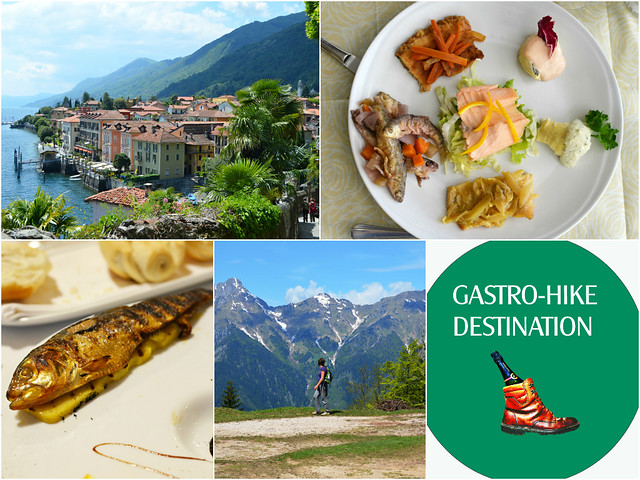