There’s something about the village that niggles; something not quite right. It feels like there are pieces of the jigsaw missing. Probably, like so many things connected with the Canary Islands, forgotten about during the passage of the centuries. 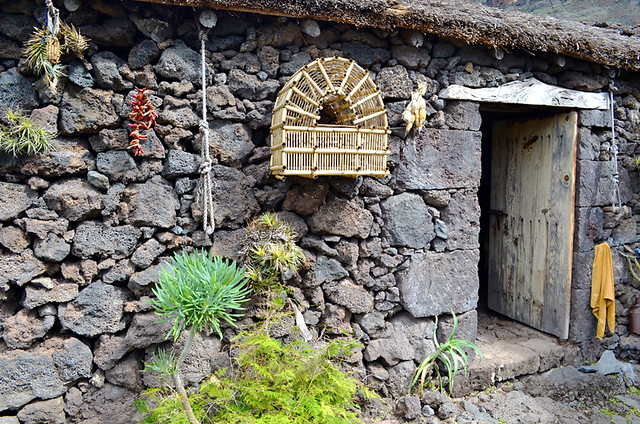 The village, now an Eco Museum and sanctuary for some of El Hierro’s giant lizard population, lies in the Valle de Golfo at the foot of an overbearing cliff face that looks as though it could turn malevolent on a whim. A village hewn from the volcanic rock that surrounds it; so seamlessly integrated with its surroundings that landscape and village blend into one at various points. 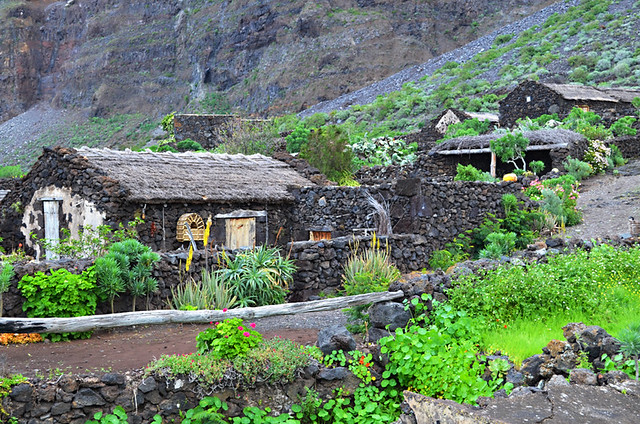 People have lived here for centuries. At first the original islanders, the Bimbaches, living in volcanic tubes. That makes sense. Ready made homes, dry and protected – even if the cliff gods take a notion to rain rocks on your house.

Over time the Bimbaches were replaced by others, Normans and then Castilians so they say, and the village’s houses took on a more familiar stone cottage shape. 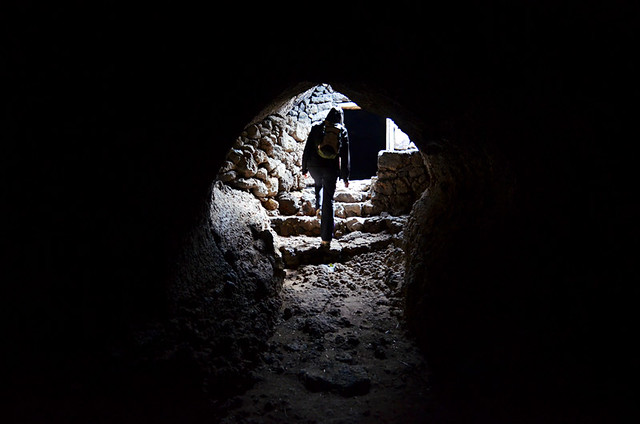 The village’s thirty or so cottages are linked by rocky paths bordered by prickly pear, rock rose and sprawling tabaiba, some walkways are almost trench like. On a breezy, damp day it is a harsh environment. However, even with a Canarian sun breathing light, life and a happy glow, I can’t really imagine the village ever looking anything other than harsh, although there is a sort of raw beauty about it. 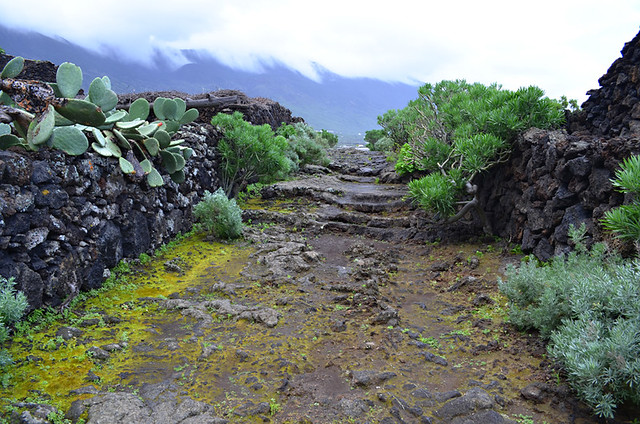 Inside the houses are scenes of domestic normality – oil lamps, clothes, wine, cooking utensils… a suitcase. I don’t know why but the suitcase looks particularly out of place. Maybe the idea of someone who would live in a such a basic house actually travelling elsewhere just seems hard to digest. 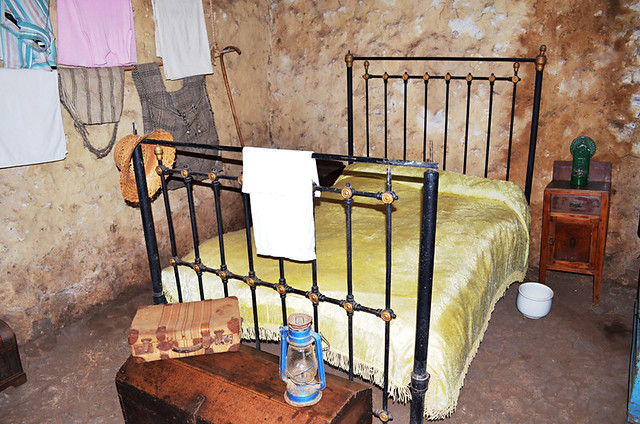 The overwhelming feeling is that the people who lived here were very poor; poorer than the average campesino (agricultural labourer). The houses might look sturdy, but they are basic and unsophisticated constructions. And yet people lived in this village well into the twentieth century.

What people though? That’s what niggles. It’s not really like any other settlements I can think of in the Canary Islands, even the most basic agricultural ones. 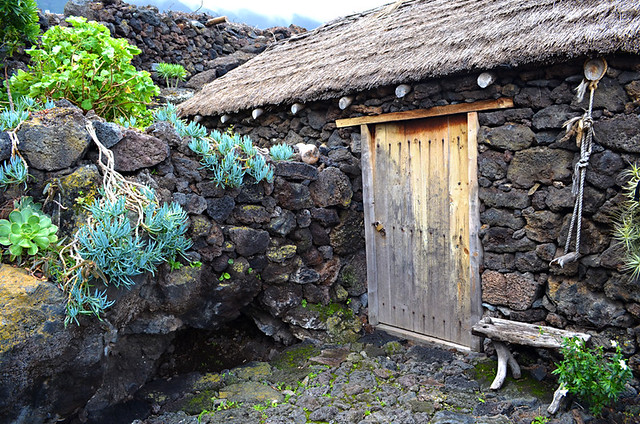 Valle del Golfo is a lush, beautiful valley. Why build a village here in these malpais (badlands), on top of a Bimbache settlement, when better places in the valley like Frontera and Sabinosa already existed? It’s as though the village was deliberately set apart from the other centres of population.

There are some who say the tiny village might have been populated by slaves. The Canary Islands were on the slave trading route for sure. Sir Francis Drake regularly used the islands as a base for his attacks on West Africa.

Near the village, at the jetty where the former world’s smallest hotel sits, was an embarkation point where ships were loaded and unloaded.

Then there’s the actual name of the village, did I mention it?

It’s called Guinea. Coincidence or not?

The idea that this could be a slave village doesn’t seem fanciful. It would explain a few things. But who really knows?

This fascinating little island way out in the Atlantic is full of mysteries. The village of Guinea is just another one of many.