I used to be on a quest to buy the perfect pair of trousers. Don’t ask me what they would look like, I’d only know that the second I saw them. Sometimes I’d think I’d found them but after wearing then a couple of times, I’d invariably decide something wasn’t quite right. I never discovered the perfect pair of trousers and I’ve stopped searching now. I’ve replaced that mission with one to find the perfect camera bag which has proven equally problematic.

A Camera Bag For the City
For reasons based on what was available (I live on Tenerife, there’s not a great choice) I made do with a DigiPro shoulder bag for a while. It fell apart in Barcelona which was as good a place as any to find a better replacement; a Lowepro Event Messenger shoulder bag.
The Lowepro has hardly been off my shoulder for four years (I carry it every time I leave the house) and is still going strong, although it’s looking a bit battered these days. For urban and everyday use, it’s served me well. 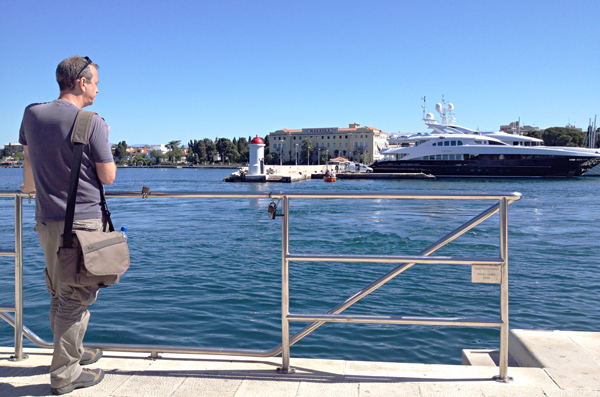 It’s extremely comfortable and easily holds my DSLR, two extra lens, phone, memory card, spare camera battery, other batteries, cables and bits and bobs. The side pockets are useful for holding a small bottle of water and whatever else I fancy. Its flap opening means I can ‘draw’ my camera quickly if a photo opportunity suddenly presents itself. It feels secure and when I’ve been caught in the rain it’s kept my gear dry.

Camera Rucksacks and Walking
The Lowepro Event Messenger isn’t good for long walks. We regularly walk 15-20km a day when we travel, so a comfortable camera rucksack is essential. 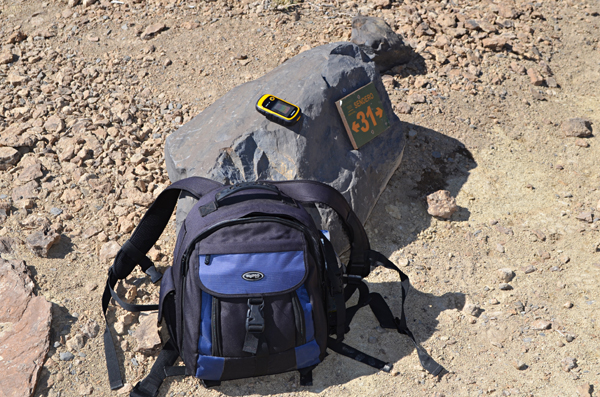 Just before spending eleven days walking across Fuerteventura I bought another DigiPro for the same reason as before. I needed a rucksack quickly and choice was limited. In some ways it was okay; it was compact but with enough space to hold my camera equipment as well as a Garmen and other accessories. It had an exterior decent-sized pocket with lots of little compartments which was useful for non-camera related things (hat, gloves, money, keys etc.) and a pouch for a water bottle. However, it wasn’t waterproof so a separate cover was required. Worse, it wasn’t actually very comfortable. Something I only discovered after walking a few kilometres. The way the straps were designed, it sat too low in the back and felt heavier than it should.

The biggest problem with it was that it’s useless for getting the camera out quickly. I have to take it off to unzip the whole back compartment where the camera is stored, by which time any chance of a spontaneous shot is long gone. I try to walk with the camera slung around my neck as much as possible, but when routes involve climbing and descending narrow goat trails, having a camera slung around your neck isn’t a smart idea.

Over the last couple of years I’ve been on the lookout for a replacement camera rucksack which ticks all the boxes. Where nearly all the ones I’ve seen have failed is when it comes to ease of access; a major requirement. Quick access just is not going to happen with the majority of camera rucksacks. It’s a dealbreaker for me. Plus many are geeky looking. 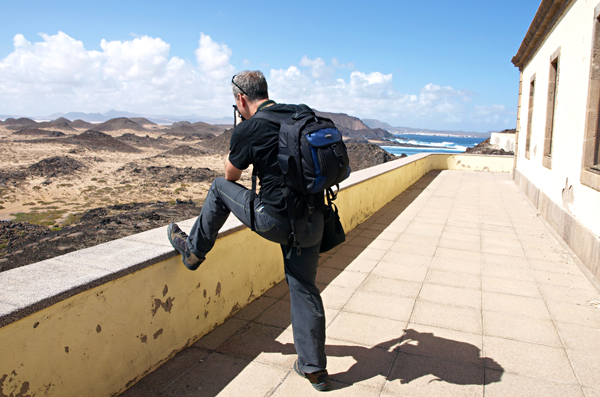 It’s this sort of thing which has me wondering if the people who design camera rucksacks ever actually use them.

I’ve browsed camera shops in various cities around Europe with no result, the best I saw was in a shop in Barnstaple, Devon. The rucksack had a side-opener, which meant I could slide the rucksack around and slip the camera out in one easy move, once I mastered what the easy move was. Stupidly I didn’t buy it immediately and then didn’t get a chance to go back to the shop.

As the straps on my DigiPro are about to give out I’ve had to bite the bullet and buy another camera rucksack.

Again I’ve had to buy locally from El Corte Ingles in Santa Cruz de Tenerife which at least stocks a decent selection of Lowepro and Vanguard bags. 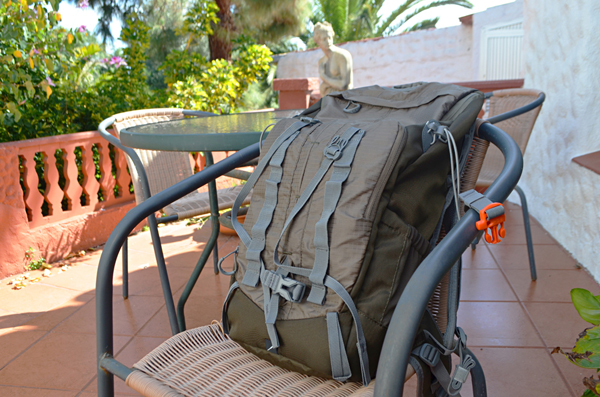 I like Lowepro but every one in the store was rejected for the same reason – none had quick access.
A Vanguard Sedona had me quite excited though. It looked good, like a proper rucksack, all my gear fit in with loads of room to spare for clothes and even a picnic (currently with the DigiPRO
Andy carries both), there’s good water bottle pockets, it has its own waterproof cover, a bit for a tripod and best of all… a top opener which can hold camera and which I can get out quickly. It even had a whistle, ideal for communicating in Silbo on La Gomera.

But it wasn’t perfect. What it didn’t have was extra interior pockets with zips etc. where I could store things like a wallet, money, phone, etc. etc. Etc.

Like I said don’t people who design camera rucksacks ever actually use them.

Still it was very close to being ideal, so I bought it. 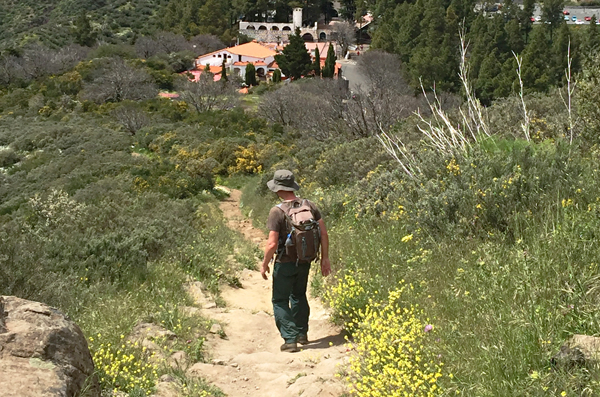 The Vanguard Sedona in action
The Sedona has had its first outing in challenging conditions on Gran Canaria – long walking routes over tough terrain (lots of ascending and descending); walking at altitude (over 1500m); paths that were narrow and vertiginous, and in temperatures of around 24C.

The verdict is I love it. It’s comfortable, even at the end of a killer of a 25km walk. It held everything I needed it to hold as well as having space for a light fleece which spent most of the time in the rucksack as it was so hot. There’s a great little flap opening which meant I could access the main compartment without having to unzip the main section. Most importantly of all, it was easy to swing the bag around and whip out the camera whenever I saw a shot.

The Vanguard Sedona isn’t quite the perfect camera bag, but it’s damn close and it was a joy to walk and work with.

For now the mission is paused.