I must have dozed off during take off. For a moment I was in a warm fuzzy place… on the inside at least. On the outside my mouth was hanging open as though I’d been kicked in the jaw by a horse.

My slumbering bliss didn’t last long as I was barged awake by a herd of wildebeest stampeding past me. Alarm bells went off in sandman land, something was wrong.

People streamed past my seat, running in the direction of the exits. A few seats in front of us a woman blocked the aisle, making room for her man to escape first. Nice to see equality now also applies in a survival situation.

What the hell was going on?

What was going on was the seat belt sign had just gone off and the masses, who’d downed far too many pints whilst waiting for their flight, were dangerously close to bladder explosion point. It was a no-holds barred race for the loos. Survival of the fittest and those with the strongest bladders.

Welcome to the Ryanair flight from Manchester to Tenerife. 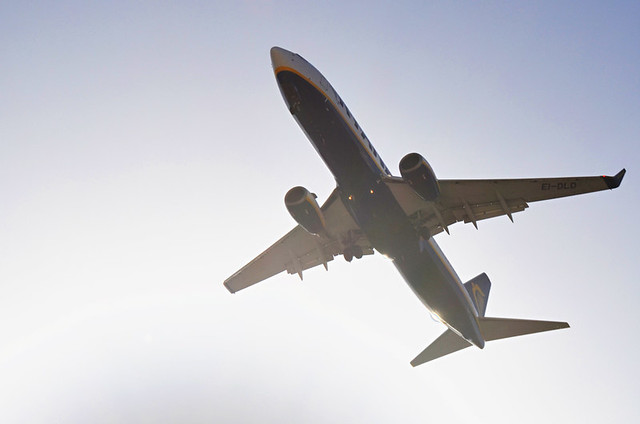 We were in row 27. There was a decent distance between us and the toilets which, by five minutes after the seat belt lights had signalled the start of the dribble dash, were evil places I didn’t want to venture into, even with a four hour plus flight ahead. The queue of squirming passengers stretched back as far as our seats, resulting in regular elbows to the bonce followed by an ‘oops, sorry mate’.

Does politeness dilute acts of unthinking stupidity I wonder?

As I ducked and dived to avoid what would be definite red card offences on a football field, I heard the ubiquitous budget airline moan ring out behind me from the patriarch of a family that included three toddlers. The family were distributed in various corners of the aircraft.

“We hoped we’d get seats together, but they seated us apart. It’s a disgrace, typical Ryanair.”

I wanted to turn around and point out there was this little facility where you could actually book seats together. Useful when there’s a lot of you and you really want to sit together. But hey, they were a family, money was no doubt short and they’d probably used all the savings they’ve got for a week’s AI in the sunshine. It would have been a no win strategy to go public with this view.
The man grabbed a passing steward and asked if he could sort them out. ‘Sort them out’ meant ‘shift others so we can all sit together’. 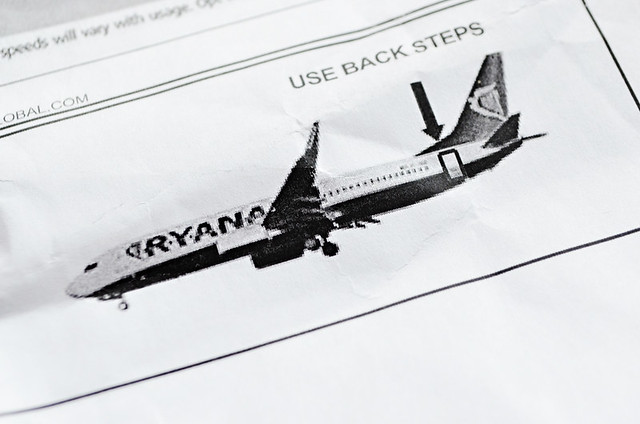 I have a response ready if a Ryanair member of staff asks me to shift. I’ll take them quietly aside and point out it is Ryanair’s seating policy which has led to the problem, not mine. So no, I won’t be inconveniencing myself so the company can line its pockets with more dosh.

Just as the toilet stampede calmed down, the woman in front of me had a heart attack. I knew it was serious from the shocked reactions of the passengers in the seats next to her, including her ashen-faced husband. Within seconds all the cabin crew were buzzing around her.
I’m ashamed to admit my firsts thoughts were ‘bugger, we’re going to be diverted.‘ I am a terrible person.

It turned out it wasn’t a heart attack, it was a panic attack. No doubt caused by waking up, like me, to see people streaming towards the exits.

The poor woman’s inability to catch her breath evolved into projectile vomiting. The air crew threw paper bags at her like fire-fighters desperately trying stop a blaze.

A man in the row in front asked the vomiting woman’s husband if she was scared of flying. At first I thought he was showing concern. But by the way he visibly backed off a few inches when the husband replied “no, she’s usually fine. I don’t know what’s caused this” I knew he was more worried about the possibility of the winter vomiting bug being passed on like a baton and ruining his holiday before he, in turn, ruined everyone else’s at the hotel he was staying.

To add to the melee, a 23 strong mixed group of middle-aged revellers heading to Tenerife to celebrate a fiftieth birthday, and oblivious of the mini crisis, were in full-on party mode belting out the naffest songs they could withdraw from the memory bank of their formative years.
As they launched into I Just Called to Say I Love You for the umpteenth time, one of the hostesses shushed them.
“Quieten down, there’s a sick passenger here,” she hissed.
Maybe she thought the singing would make the vomiting woman feel worse. Given their choice of songs, she had a valid point.

I looked at my watch. Four hours more till we landed. Four more hours of being constantly bumped by people with wide loads and weak bladders.

The woman vomited the whole journey, the ageing revellers sang bad songs the whole journey. Thankfully most people kept their heads down and read as the crew pushed trolleys of booze,  paninis and overpriced perfume up and down the aisles whilst dealing with each mini crisis with a smile and calm sincerity. 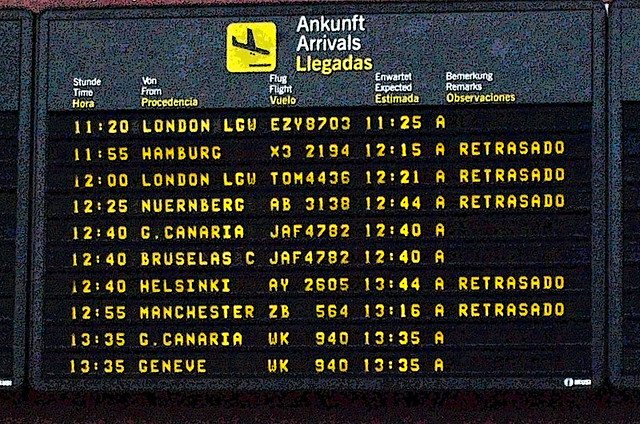 The Ryanair plane had taken off on time and it landed on time.

I don’t know why people complain about Ryanair so much. You know what you’re getting and they generally transport you to where you want to go on time, in relative comfort and quite cheaply.

I don’t mind travelling with Ryanair.

Seven Quirks in the Canary Islands

These seven mini wonders of our world are to located in the Canary Islands. […]