It’s 9 o´clock, we’re in a small rural hotel miles from anywhere, we know the hotel is almost full as all the tables in the dining room were taken, but now the place is empty: a ghost hotel.

There’s no village nearby, so where have all the other guests gone? 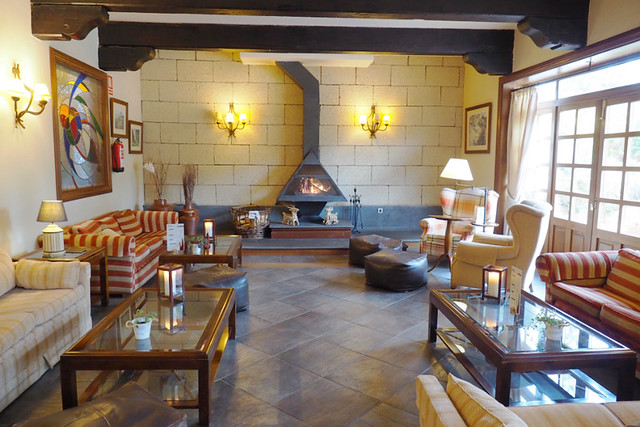 There’s a hotel in Portugal which gets mixed reviews. It’s nothing fancy, but we like it. The hotel is located inside an 18th century building; the décor is unassuming; the grounds are attractive and large, ending where vineyards begin; the staff are very friendly; and the food is decent, but they don’t serve it in a hurry. The only gripe with we have is they don’t serve fresh orange juice at breakfast. In an area where oranges are so abundant they lie on the ground to rot or are fed to the livestock, that’s a crime. But it’s no reason to go all upside-down smile emoji on social media. For some reason people, mainly some of the handful of Brits that find themselves staying at the hotel, don’t like it. Slow dinner service is one of the common reasons given. 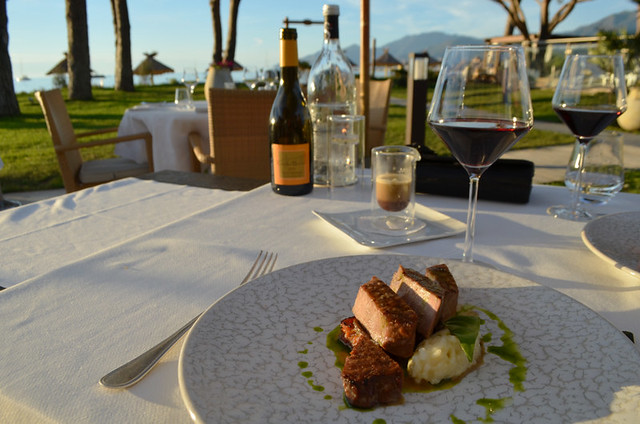 Remind me why that’s a problem?

You know what I hate? Dinner in a hotel that’s over as quickly as a trip to the golden arches for a takeaway Maccie D. I really, really hate that. When I was nineteen I didn’t. Then, dinner was a necessary inconvenience which, if it dragged on too long, ate into pub time. Now, dinner is the evening entertainment. The longer it stretches out, the better … as long as we’re kept lubricated.

I especially hate fast-food dinners if the hotel is in a rural location where there is absolutely nothing else to do – no village pub in which to try the local tipple; no pretty streets to wander; no concerts, plays, cultural events to enjoy. When dinner is done and dusted by 8pm in a tranquil rural spot, what then? 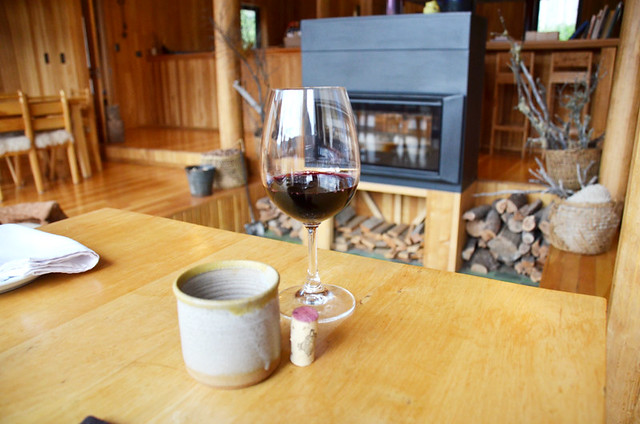 And that’s what puzzles me. All these people who crave dinner to be a ruthlessly speedy affair, what is it they’re desperate to get away to do? What is it that awaits them in their hotel rooms? Over the years I’ve witnessed the Marie Celeste effect in countries across Europe, and it baffles me.

Is desire the magnet – the promise of a hot night of passion on the après dinner menu? Are they reading novels so compelling they’ll risk indigestion just to get back to them? Are they eager to hook into their VPN account on their iPad so they don’t miss a single episode of Corrie? Is it a particularly taxing clue in The Times crossword? Do they turn into pumpkins at 10pm? Is there a party nobody’s told us about?

What is it? What is it people get up to in their rooms which makes them crave quick dinners so they can return to them as soon as possible?

And it’s not just that. There’s an equally bewildering bookend to this early-to-bed, or whatever they get up to, behaviour. 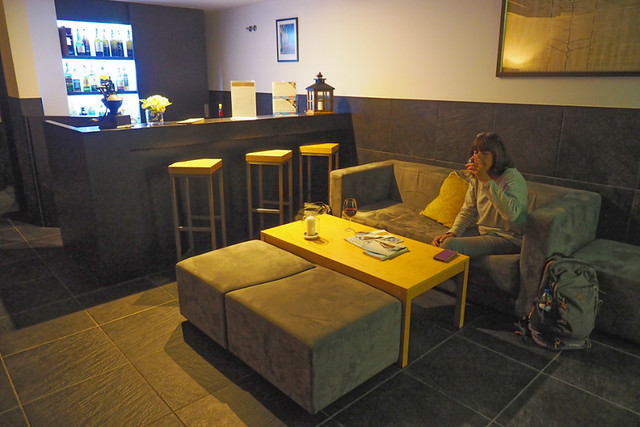 We’re often last to leave the dining room after dinner, yet first into breakfast the following morning.

Couples around our age, and that’s the demographic I’m referring to, don’t need 10 hours sleep, do they?

What is it they do which keeps them locked in those hotel rooms for nearly 12 hours?

If anyone knows, please tell me, and help clear up the mystery of the secret lives of hotel guests.