“Corralejo, what a dump,” the thought zipped straight from my mind and out of my mouth.

On our first visit I was shocked by the soulless tackiness of the scene in front of us as we drove into Corralejo on Fuerteventura. A purpose built, post mass-tourism Armageddon of garish signs, empty theme parks and the blandest of dated cheap and nasty developments.

A packaged holiday hell that had never left the 1980s.

You want to know how bad it is? It took me four attempts to drop the yellow Google street view man into place on the approach road to remind myself of the ‘scenery’. The first three times he sprinted back to the safety of his little box on the Google map screen. He didn’t even want to make a virtual visit. 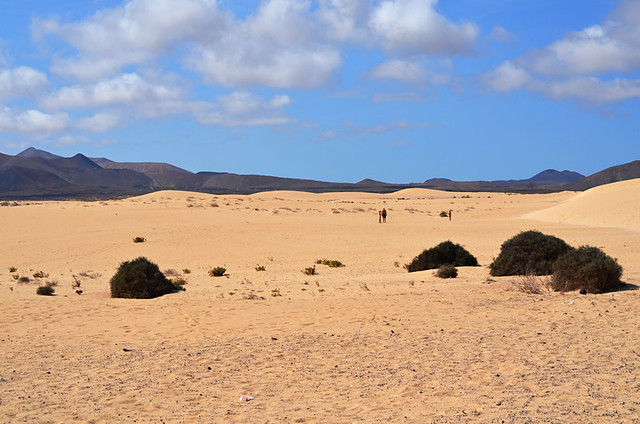 Part of the problem was the approach through the Corralejo dunes; a sweet-talking expanse of sand that conjured up romantic images of ships of the desert gliding steadily across the golden Saharan seas on the continent not too far away across the water.

It’s a landscape that turns eyes into saucers.

And then you’re punched in the visual equivalent of the solar plexus by an army of souvenir shops, signs advertising cheap tobacco and Brit bars where nightly live music is promised/threatened. A world where there are more Chinese buffets than anything remotely Spanish/Canarian.

Beauty and the beast. 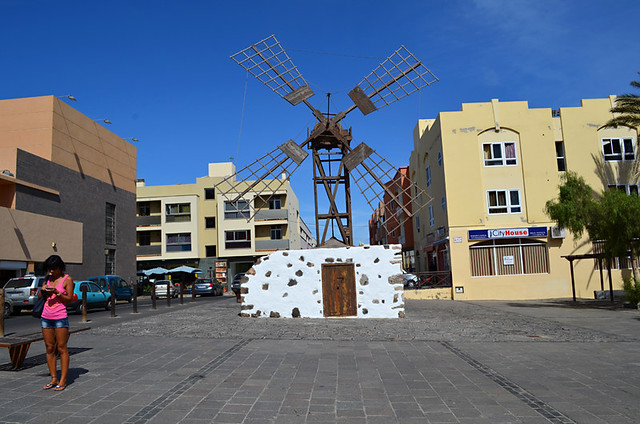 The urge was to turn around at the next roundabout and head back into those wonderful burnt orange hills. But we needed information from the port, so we continued past a depressing vision of a side of Canary Island tourism that has been partly responsible for giving the islands a ‘naff’ tag which has been almost impossible to shake. On the plus side, it’s also brought in a lot of people and money.
All the most popular Canary Islands have a version of this face of Corralejo. But in other locations much of it has had a makeover, replaced by an improved and more sophisticated 21st century model.

No matter how much the golden orb in the sky smiled, it didn’t penetrate my dark cloud. I just don’t like places like this. I don’t want to be in them, they hold no interest at all. They exist only because the sun does. 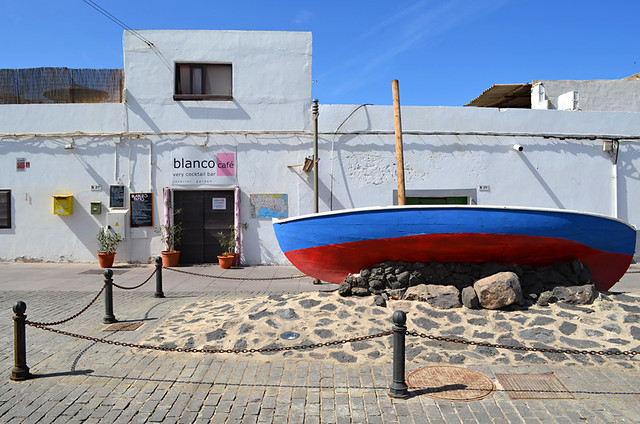 As we ventured deeper into Corralejo, things changed for the better. We followed a sign towards the port and the souvenir shops disappeared as magically as the scarlet people wearing vest tee-shirts and too tight shorts. Voices around us switched from Cockney to Canarian.

We parked opposite the bus station and walked through narrow streets toward the coast. It wasn’t pretty, but it felt real. We passed a small windmill in a plaza and entered a maze of even narrower streets lined by low, whitewashed buildings with wooden window frames of various shades of sea blue. A different world. 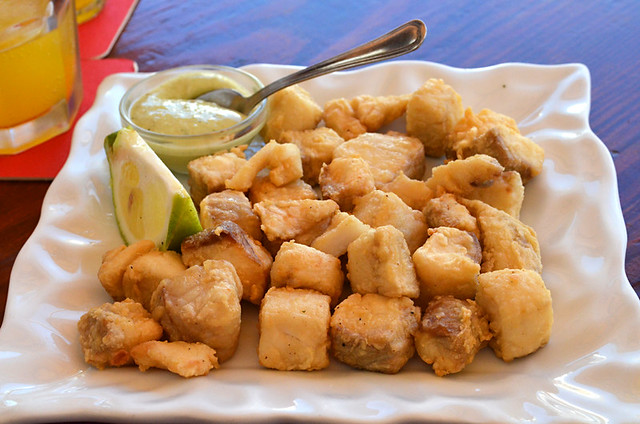 There were still plenty of restaurants aimed at visitors, but in this Corralejo their blackboards offered pescado and tapas. It started to feel like a bona fide village. The lane emerged at a harbour with those essential blue and red hulled boats that any self respecting Canarian fishing village should have bobbing about on its waters. A strip of golden sand separated the promenade from a basaltic shoreline on which a small fish stall stood which, by early afternoon, was devoid of any fish to sell. 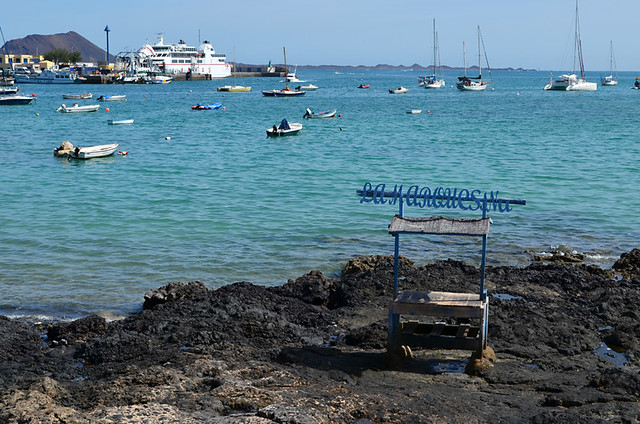 Shirtless boys and a couple of girls in bikini tops cast fishing lines from a small stone jetty, their bronzed skin used to the African sun. Nearby a sculpture looked perpetually out to sea, waiting for her fisher of a man to return safely. Beside her a metal family embraced, a bucket overflowing with fish at their feet. 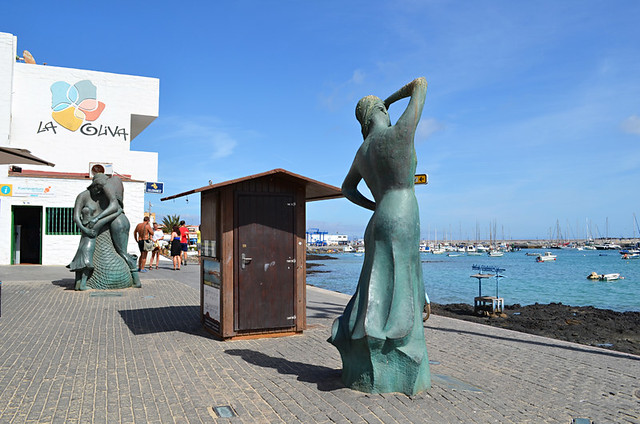 On one side of the stone jetty was a beaut of a little yellow sand beach populated by a handful of sunbathers, but tellingly no sunbeds. The beach was backed by restaurants that were a mix of traditional Canarian and surf scene cool joints featuring quite bohemian menus. Casually modern, arty and traditional – a combination that works well. It reminded me a little of El Médano on Tenerife.

It was quite difficult to compute the jarring contrast between this Corralejo and the one that lay just a few streets away. 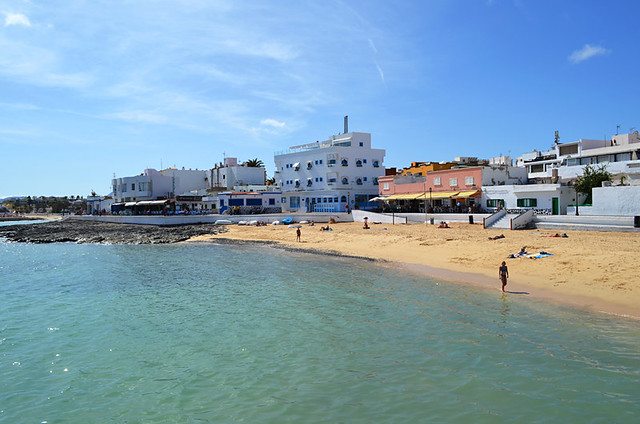 It felt as though an invisible force field separated the two. Never the twain and all that.

This yin and yang is common in the Canary Islands. It’s one of the things that makes the islands so attractive to people with wildly varying tastes.

It’s just not as common to find both faces in the one location.

I decided I liked Corralejo a lot. It’s not really a dump at all… at least the fishing village part of it isn’t.