The man was clearly a hipster. He was young with trousers that strangled his ankles, a bushy Biblical beard on his chin, horn-rimmed specs framed his eyes (I’m convinced there was no glass in them) and a trilby perched on his bonce.

The girl opposite him wore a cropped vest, tied in a knot at the waist, over a short, silky polka dot sun dress. They looked chic and cool and, sitting under an emerald palm on a steamy August eve, could have been models in a fashion shoot.
At the table beyond, four sleek girls in their 20s with ‘hair conditioner advert’ locks also looked as though they were ready to stride onto a cat walk.
In fact, all around us were sharply dressed people. In my ‘smart but casual’ clothes I felt boring, ordinary and shell-shocked.
Shell-shocked because we weren’t sitting in a bar in a fashionable barrio of Barcelona, we were in a comatose village on La Gomera. And believe me, La Gomera is not known for its thriving fashionista scene.

Tasca Telémaco was more of a game changer than I’d realised. 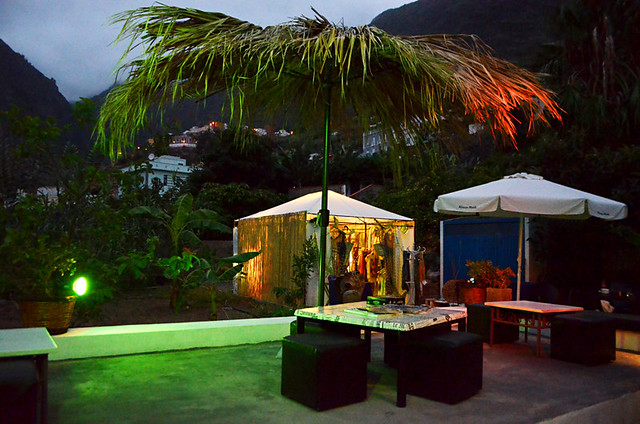 We’d known about the bar/restaurant in Hermigua thanks to friend Jo who lives in the hills nearby (that’s relatively speaking on an island like La Gomera) and Island Momma’s Linda, who praised the food and friendliness during her spell living on the island.
Subsequently, we’d expected the food to be more interesting and adventurous than the usual fare found in traditional Canarian restaurants across the island. But we hadn’t expected the clientèle to be quite so, well, sophisticated.

We were in Hermigua for two nights, staying at the Hotel Ibo Alfaro as friend Jo was back in Britain. Both nights were spent at Tasca Telémaco.
The first night we were early, it was still daylight and we nabbed a table on the outside terrace which is also the popular bar area. As darkness fell, the place filled up with other diners and people just popping in and out (a few times) for a drink. 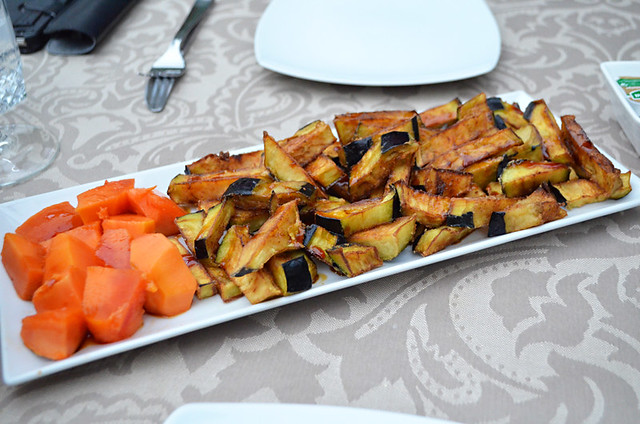 There is an air of imagination and ambition swirling around Tasca Telémaco. The inside dining area shares space with an art exhibition (something we see quite a lot) whereas a small marquis on the outside terrace is home to a fashion shop (something we don’t see), possibly one of the reasons diners and drinkers were so stylishly dressed. Turn up looking drab and under dressed and, between courses, you can pick up something sexy to slip into.

In our delirium at being somewhere on La Gomera where the menu was actually creative, we overate on the first night. A huge portion of fried aubergine chips drizzled with palm honey was followed by creamy and cheesy homemade lasagne, tuna and potatoes in a tangy salsa, an apple pie and a sticky pudding. We were stuffed. 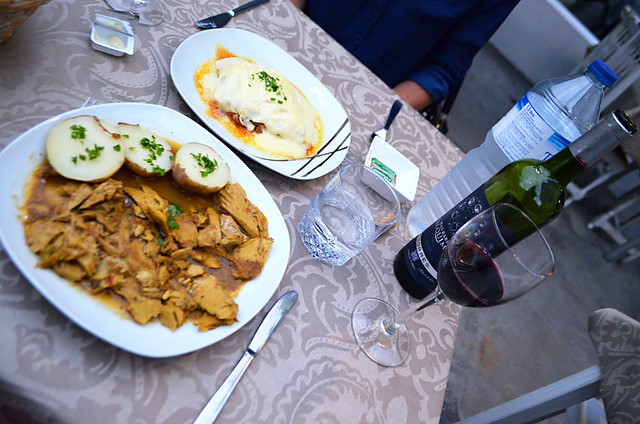 The second night we met friends and arrived a bit later. The outdoor terrace was absolutely rammed with people even though it was a Wednesday night in a quiet town. Possibly a case of ‘build it and they will come’. In years of visiting La Gomera I’ve never seen any place buzzing so much on what was just an ordinary weekday night.

Although there’s creativity on the menu, the owners have been savvy enough to keep fans of the more traditional happy. So whilst we shared an avocado and salmon salad and a plate of sweet potato discs topped by almogrote, one of our friends was happy with steak and chips. 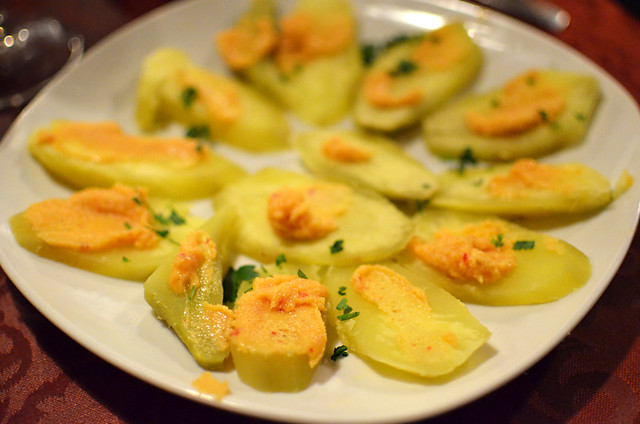 On both nights we had good food and good fun.

Tasca Telémaco is described as being a ‘new concept’. As we visit La Gomera a lot, I’m just hoping it is there long enough for it to become an ‘old concept’.