Recently, I penned an article about the ‘big finish’ – holidays that ended on a high. I’d experienced most of the examples I used. But there was one I hadn’t. I included it because of a photo of a man standing on a cliff edge overlooking a landscape which looked like it could have been an island at the end of the world (not the image below). The moment I saw the image in Inntravel’s brochure, I wanted to stand in that spot, and then get Andy to stand there so could I take the same photo. For me, that’s what a good travel photographs should do. Make whoever’s looking at it want to be there, stand in the shoes of whoever is in the photo. 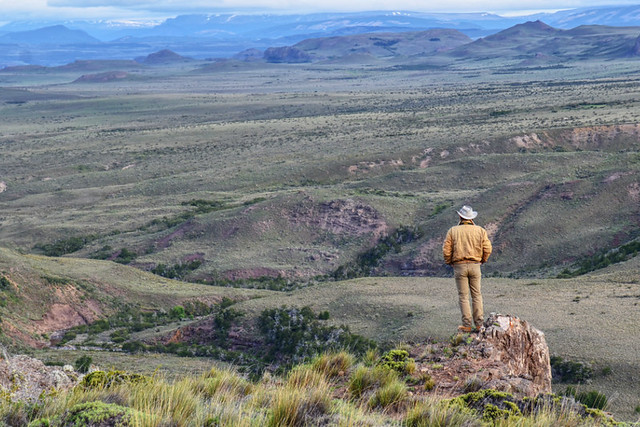 It’s powerful marketing, and it works. It doesn’t even matter if you know it’s marketing because it’s not a trick, it’s a promise. We booked a trip to Chile largely thanks to seeing a photo of a man standing on a plateau with his arms wide, mimicking a condor directly in front of him. We stood in the same spot (image above). We even met the man who was in the photo, but I never got the shot. It was a hell of an experience though.

Whenever we head to any destination, I make a tick list of images I want. Sometimes I have a good idea of what the ‘I want to stand on that spot image’ is, at others it presents itself, and sometimes local advice proves invaluable. 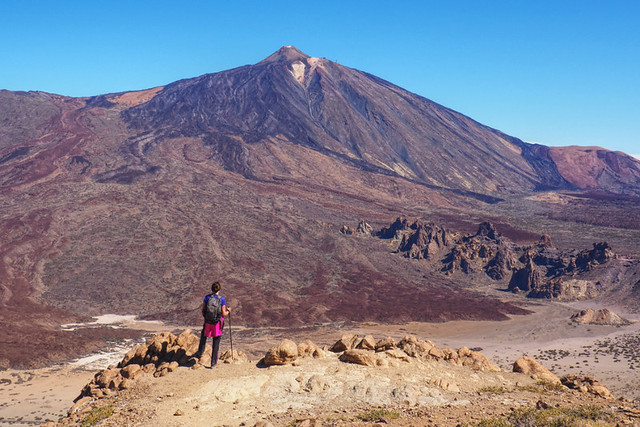 I used a similar image in my Big Finish article for Inntravel, because it is one of the greatest WOW travel moments I’ve experienced. It doesn’t take much effort to enjoy spectacular views of Mount Teide, but it does to get this shot. It’s an other-worldly panorama which doesn’t reveal itself until the very last moment. 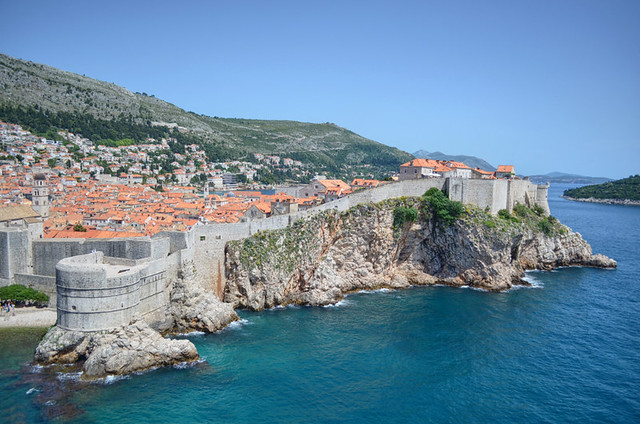 We were guinea pigs for the first Game of Thrones city tour of Dubrovnik. We hadn’t even seen the show at that point so had to busk a little. To our surprise, our guide didn’t initially take us into the old town. Instead, she led us to Lovrijenic, a fortress outside the main gates. It was a perfect vantage point for shots of the city … and there were no crowds. 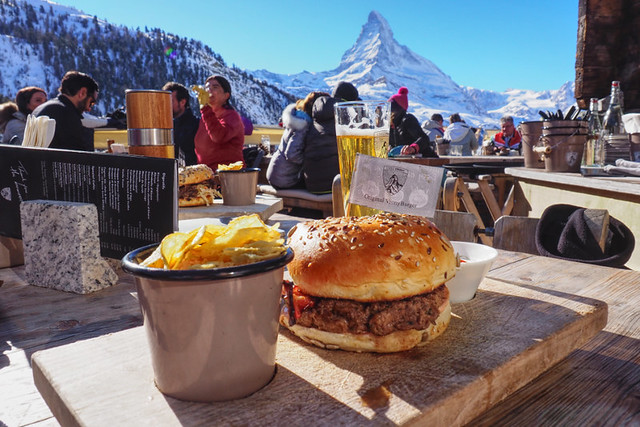 I occasionally like to include food and/drink in a shot with a standout landmark. Where a shot like the Teide one involves hard work, a restaurant with a view is accessible to just about anyone. In this case, there are a number of hooks in the image; a restaurant with views of the Matterhorn; blue skies and outside dining in a stunner of a setting; and a signature dish, the famous Vrony burger. 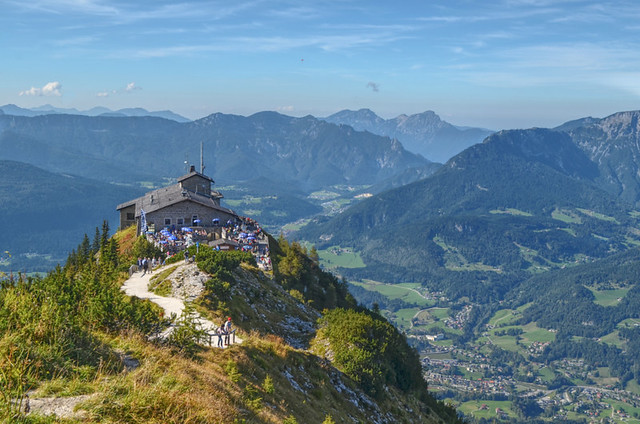 Historic sites add gravitas to already impressive scenic high points. To stand in a spot, above the eagles and, easier to spot, paragliders which was a 50th birthday present to one the most reviled world leaders in history, Adolf Hitler, sends a shiver down the spine. The Eagle’s Nest (the nickname given to it by US soldiers) is appropriately named. 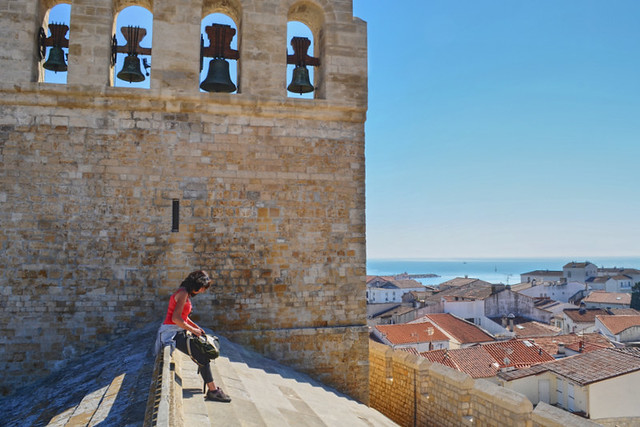 Stumbling across the quirky and unexpected, ‘I want to be there’ shots can be the most satisfying as you feel like you’ve got something not so many people know about. Churches are often good for views across historic towns, but this was the first I’ve seen where visitors were allowed to scamper across the roof. 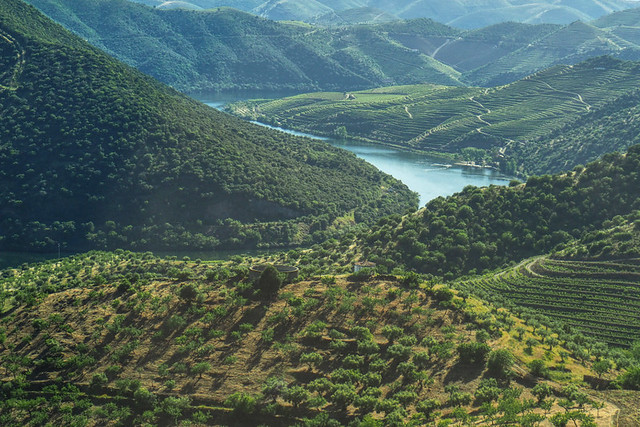 Watching an old black and white film in a Port cellar in Porto had me yearning to travel up the Douro Valley. It showed workers toiling in sculpted vineyards on steep slopes above a serpent-shaped river. The reality matched the images, with the river looking as alluring today as when the film was made.

The Greeting to the Sun, Zadar 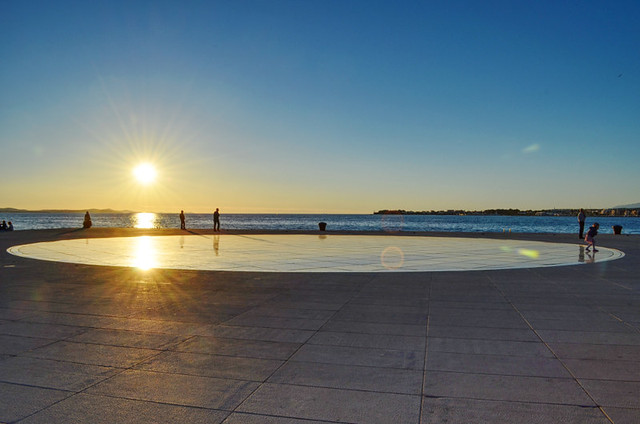 This was a ‘tick list’ shot; one I knew I wanted before we set foot in Zadar. Most times, I have to shoot on the hoof, hoping the weather gods are feeling benevolent toward me. On this occasion, the weather was beautiful, and the sunset lasted for an eternity. It oozes a sense of a warm night by the sea.

The Black Forest in Autumn 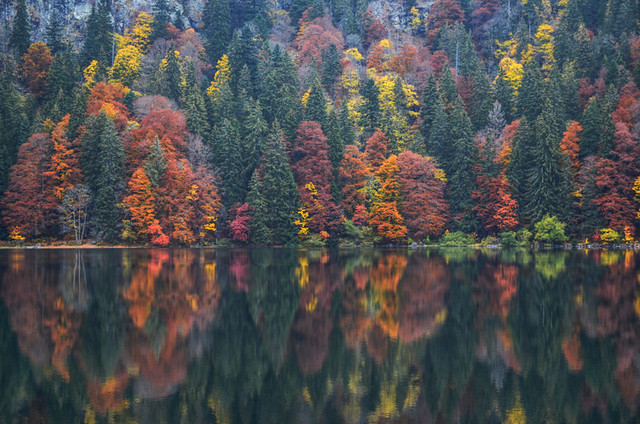 Taking pictures to be used for a summer holiday when it was late autumn was highly frustrating. It was dreich and dreary most days, turning to sleet and ice at one point. It was one of the few times my tick list went out of the window. There was no charming woodman’s cottage, with smoked billowing out of its chimney, huddled in the embrace of the dark forest. There were some eye-catching autumnal colours, but even then, the weather was so poor the images don’t hold up to closer inspection. They did end up looking enticing on the website though. 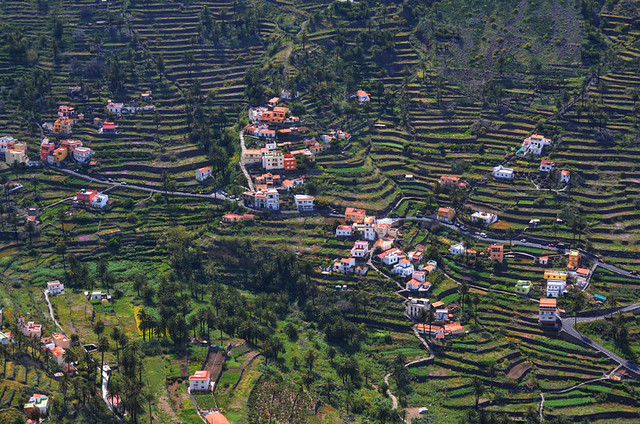 When we moved to Tenerife in 2003, a friend gave us the Tenerife & La Gomera Insight Guide. One of the pictures in it showed vibrantly green, terraced slopes at Valle Gran Rey on La Gomera. It was an image which made me realise just how exotic the Canary Islands could be; the scene could have been somewhere in South America. I wanted that shot. Despite visiting the island loads of times, it took me until 2016 to actually get it.

A Beach – It doesn’t matter where 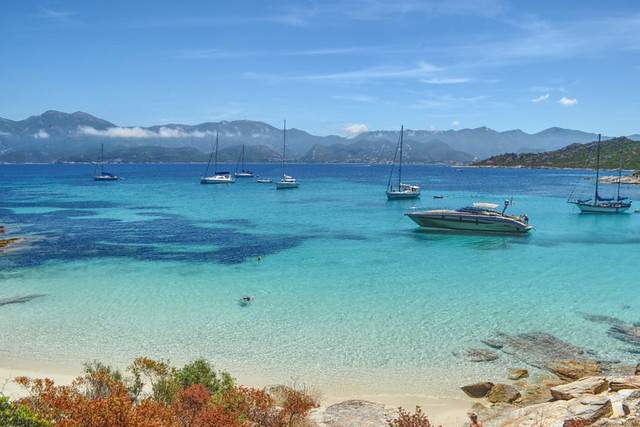 Finally, there’s the perennial crowd-pleaser – turquoise seas lapping a golden sand beach on a sunny day. It doesn’t really matter where, it’ll have people ‘oohing’ and ‘aahing’ and daydreaming of wiggling their toes in the sand. I’ve seen plenty of beach scene images on social media where there are ugly, rectangular, characterless buildings in the background and yet there are still reams of comments saying ‘beautiful, I wish I was there.’

There’s no real satisfaction in ones like that though, they’re the Maccie D’s of travel photography.