Travel broadens the mind they say. Those who journey with an open and inquisitive mind will reap rich rewards and become enlightened about many things. It’s true. I’ve learned how to strip the flesh from a freshly-grilled sardine without leaving bones embedded in my gums; that I’m a danger to myself and others whenever I take to two wheels (Segways being an exception); tiger mosquito bites cause my face to swell up like Joseph Merrick’s; and that rupee banknotes make for unsatisfactory toilet paper. 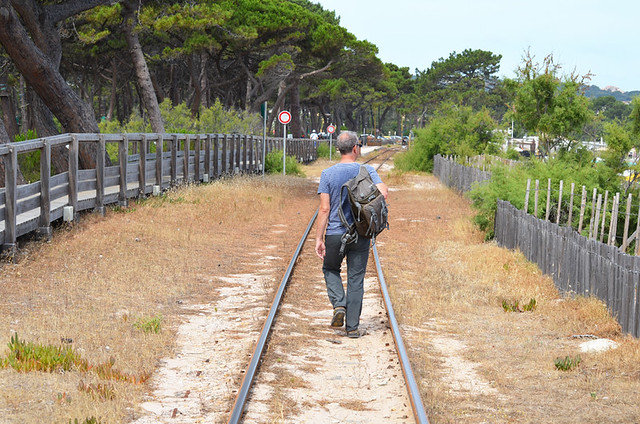 Travel is enlightening in many ways – mostly positive ones, but not always. What were once romantic notions have been smashed to smithereens on the harsh rocks of reality; exotic dreams painted by travel industry marketeers laid bare by first-hand experiences. Some people’s travel dreams have become the stuff of travel nightmares for me.

The honeymoon couple trapped in lockdown in the Maldives for over a month is a prime example of a situation that many may consider a jackpot win on the travel lottery, but reading about them had me sucking in my breath, muttering “what a nightmare.”

There’s a reason Tom Hanks wanted to escape his desert island prison in Castaway. Sandy atolls lapped by turquoise waters may be the stuff of holiday dreams, but spending a lot of time on one would be mind-numbing boring. And, newsflash, the weather ain’t always blue skies and sunshine. We spent a rainy week on Phi Phi Island in Thailand. We’d chosen it because of its renowned beauty – the movie The Beach had been partly filmed there. Under ashen skies and with scenery blurred by incessant rain, there wasn’t much renowned beauty on show. Beach resorts in bad weather can be hellishly depressing places. It’s at times like those you realise that when you strip the weather away from sand and sea locations, there’s often not a lot left. There’s certainly not much to do, or see. The Maldives honeymooners discovered this, having experienced rainy, monsoon days for most of their ‘idyllic’ incarceration.
Over the long haul, give me somewhere beautiful which boasts a mix of ingredients over somewhere whose qualities can be illustrated on one jealousy-inducing postcard.

For years, the TV series A Place in the Sun had us fantasising about life abroad. So much so, we decided to do what the folk featured in the show had done and give up our jobs to seek our own place in the sun. We were naïve as hell, and chose somewhere we had no connection with or had ever actually stayed – Tenerife. But it was such the right thing to do. It’s one of those travel dreams to move permanently to the place where many fun-filled holidays with their warm and sun-kissed memories have been notched up. But you know what? When I think back to some of the resorts where we enjoyed hedonistic holidays when younger, the idea of living in one brings me out in a cold sweat – the horror, the horror. These were destinations we adored because they offered a break from normal routines, places where every night was a Saturday night; somewhere to eat too much, drink too much, and let the sun ravage our exhausted, partied-out bodies during daylight hours. They weren’t places we’d seriously consider as potential locations to live and work. That called for a quite different set of requirements.

We visited a picturesque coastal town not so long ago. It would have been even more charming if it had been fully open. Many businesses were closed until the holiday season started. A seasonal schizophrenic personality is something which should be taken into account when seriously thinking of a move abroad. On Tenerife that isn’t an issue, it’s a year-round destination. But it’s easy to confuse the whole holiday destination/good place to live dynamics. A few years ago I read complaints from some British residents in a purpose-built holiday resort about the noise coming from bars and clubs. These immigrant residents wanted the guilty clubs to close earlier. Yet this was a resort which only existed because of holidaymakers. It’s highly probable the complaining residents who lived there only chose to do so after enjoying holidays in the resort. Why on earth chose to live in a holiday resort and then moan about it being a holiday resort? The answer is they’d probably discovered every night being a Saturday night doesn’t have quite the same appeal when you’re not on holiday.

Oh what a circus, oh what a show. The song popped into my head as, from my sunbed, I watched a British man and woman in traditional Thai dress atop an elephant being led around the hotel grounds on their way to being wed in tropical surroundings overlooking a white sand beach. It looked seriously cheesy; I cringed on their behalf. But that wasn’t the moment which sand-blasted out of my head any regrets about Andy and I not tying the knot in some exotic location. That had happened in Jamaica a few years previously.

We’d become friendly with a couple from Glasgow who were there to get married – their dream wedding. It all sounded wonderfully exotic until the day of the wedding, when we witnessed a conveyor belt of similar couples line up for their five-minute ceremony in a tiny pagoda. Instead of an exotic dream coming to fruition it was a soulless, rushed affair. Apart from two friends, there were only us and a couple of other guests to throw confetti and wish them well. They were wed in the company of strangers and missed celebrating with friends and family. We all decamped to the same beachside bar we headed to every other evening, drank the same drinks, ate from the same menu. It was a rerun of nearly every other day except, instead of shorts and tee-shirts, the groom wore a light grey suit and the bride had on a trouser suit… nearly. It was so warm she’d taken her jacket off and was sitting in the sunshine sipping her sunset cocktail in a fancy, satin bra.

The idea of weddings in exotic destinations being dreamy, romantic affairs was extinguished forever.

No stranger to its role as a stepping stone, Mindelo first found its purpose 300 years ago when the British established a refuelling station for trans-Atlantic shipping… […]