It’s a dangerous place Camargue. Full of glowering gypsies, fleeing scientists, untrustworthy gastronomes and the occasional British spy.
A place where if men on snowy white steeds aren’t chasing you across the wetlands, angry bulls are.

That’s the picture that was etched into a boy’s overactive imagination by Alistair MacLean and a dodgy novel called Caravan to Vaccares.

I knew it was all nonsense, but the notion Camargue was a mysterious and slightly dangerous place lingered. It’s the same with Marseilles.

The wonderful thing was the reality didn’t disappoint – there is mystery, there is beauty, there are gypsies and white horses. The food is good enough to attract gastronomes, untrustworthy or otherwise.
And I was actually chased (well walked at a brisk canter) across the wetlands. Not by bulls or horsemen but by mosquitoes with razor bites that could penetrate two layers of clothes. 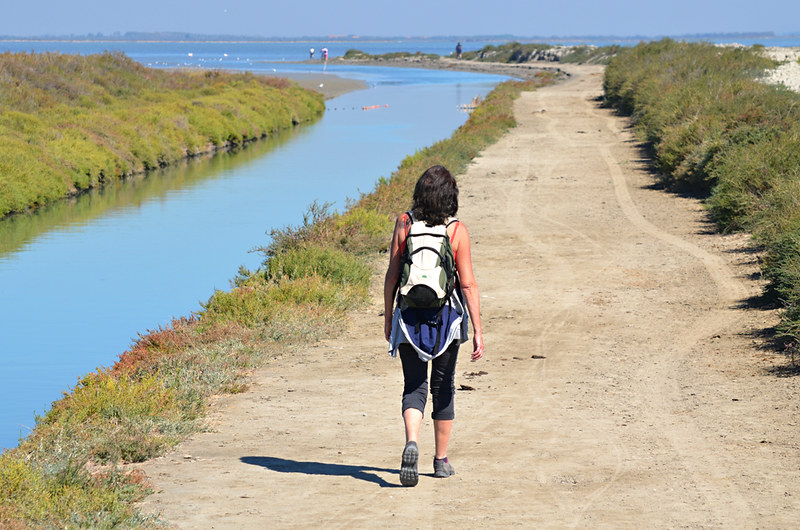 Plus there is the most deliciously vibrant light. Maybe we were just lucky, but the light made colours zing to the point they seemed almost over saturated.

There is no real purpose to these ramblings other than as an excuse to post photographs of a part of France which had occupied a part of my imagination for decades. 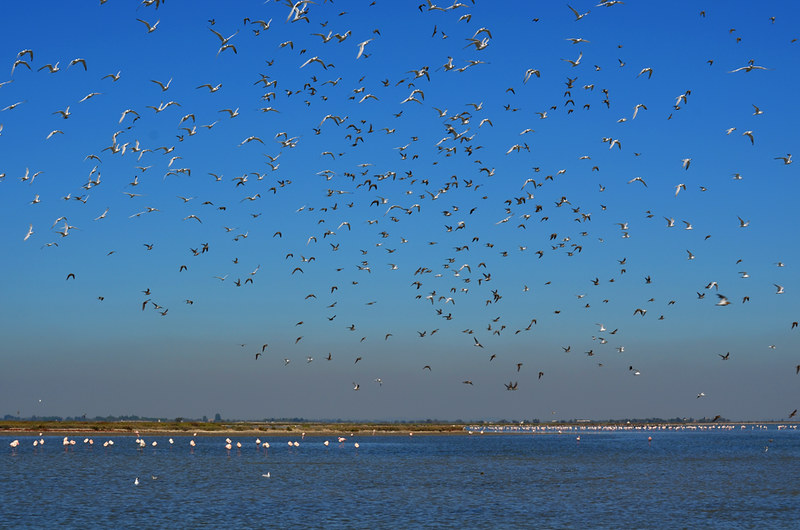 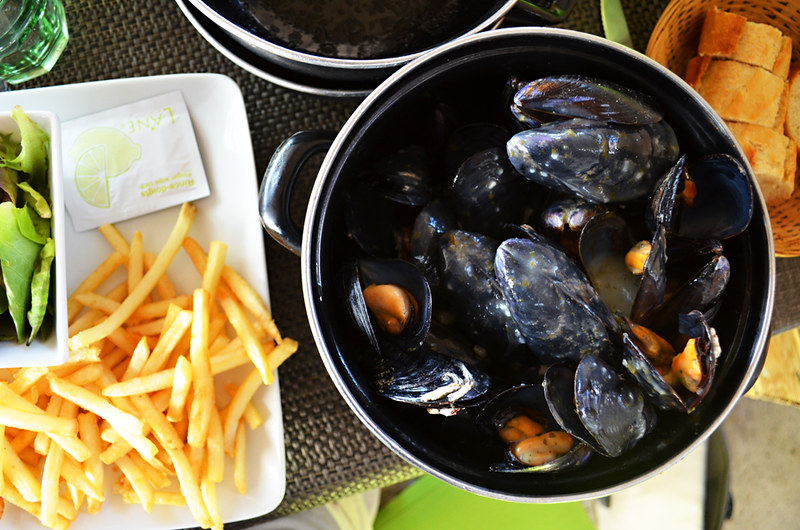 A pot of mussels accompanied by crusty bread, a plate of chips, a nod at a salad and a generous glass of  crisp white vin in Saintes Maries de la Mer. Simple, quite cheap and a perfect Camargue lunch. A place where time disappears as easily as the wine down your throat. 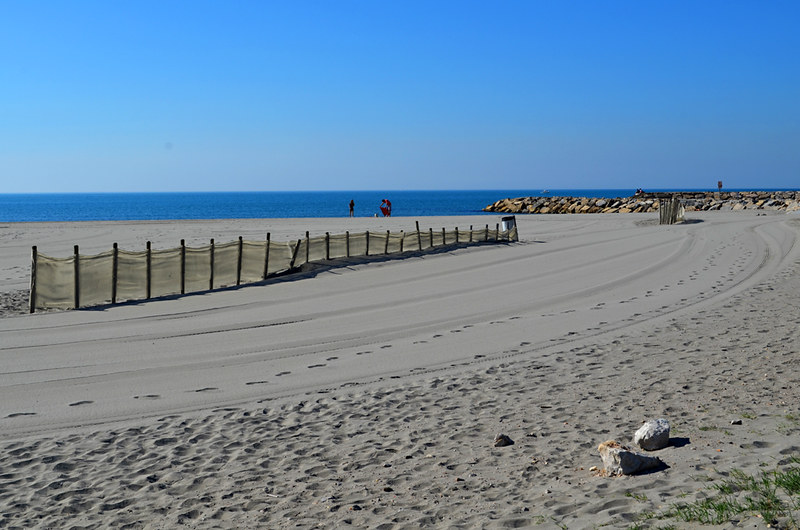 Despite it being a hot September day the soft sand was nearly devoid of people. A tempting prospect but no swimwear and a tight schedule threw up a force field around it.

On the Church Roof 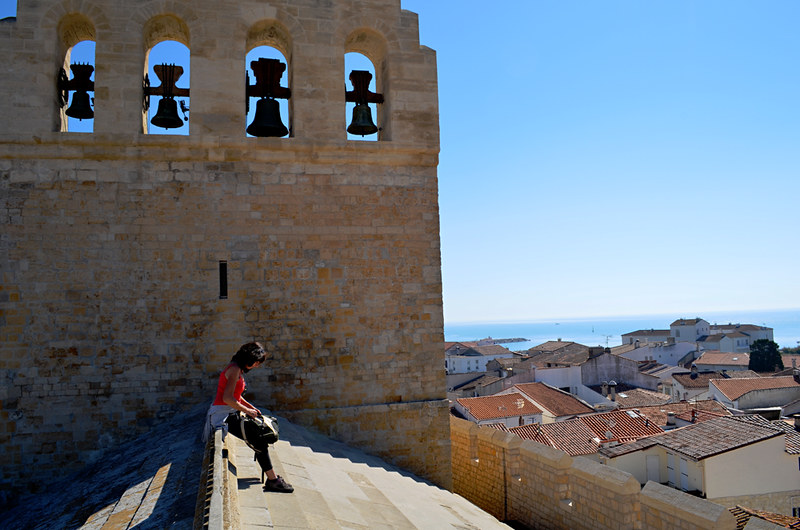 This is one of my all time favourite images from our travels. There is something quite bizarre about casually sitting on a church roof. A good place to hide from villains. Very Alistair MacLean. 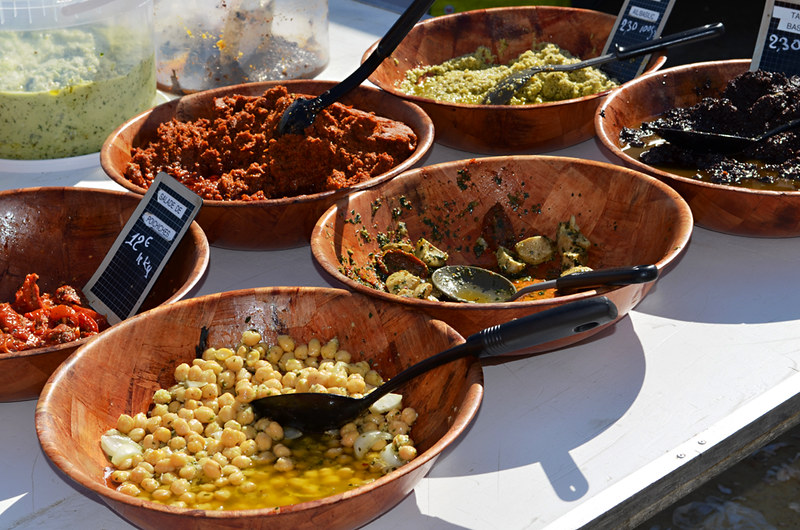 I sometimes feel there’s a bit of an emperor’s new clothes thing going on with French cuisine in general, as if there’s a law which means folk have to exclaim how wonderful it is even when it’s mediocre (same thing happens with Marrakech). But the markets, oh the markets. They have me on my knees worshipping them. 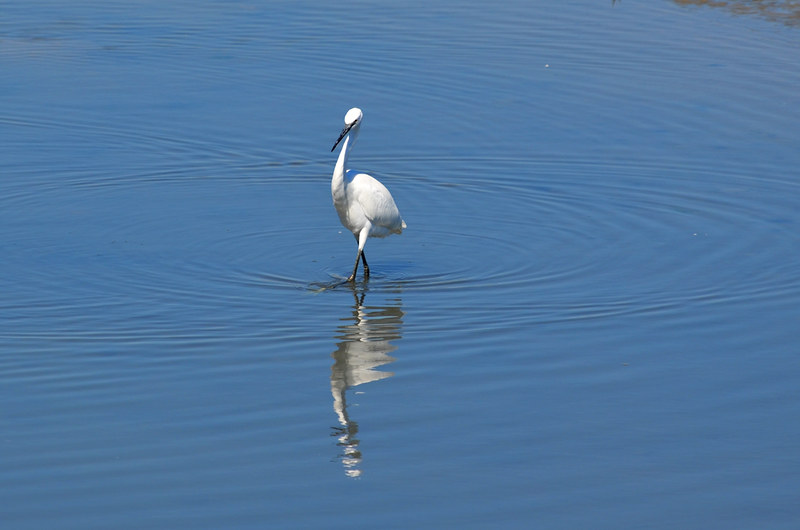 Common as pigeons in Trafalgar Square. The first sighting is ‘Wow, look… an egret.’ Five minutes after entering the wet marshlands and they hardly warrant a second glance. 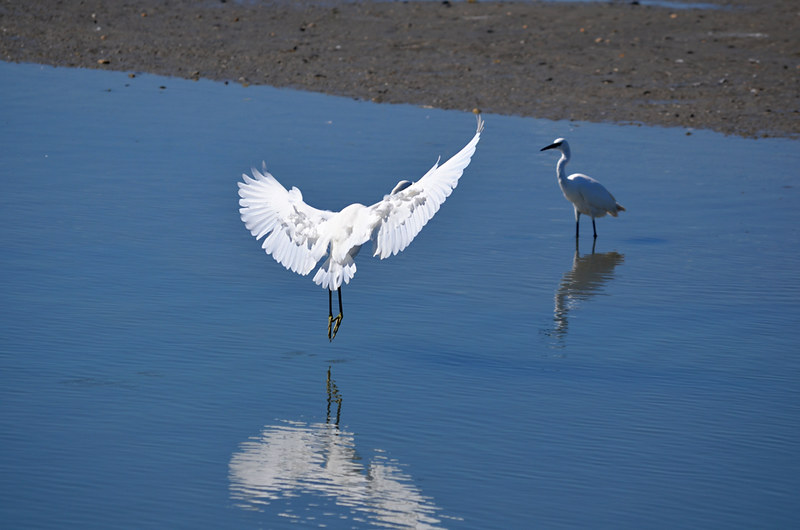 Unless one looks like an angel descending to earth. 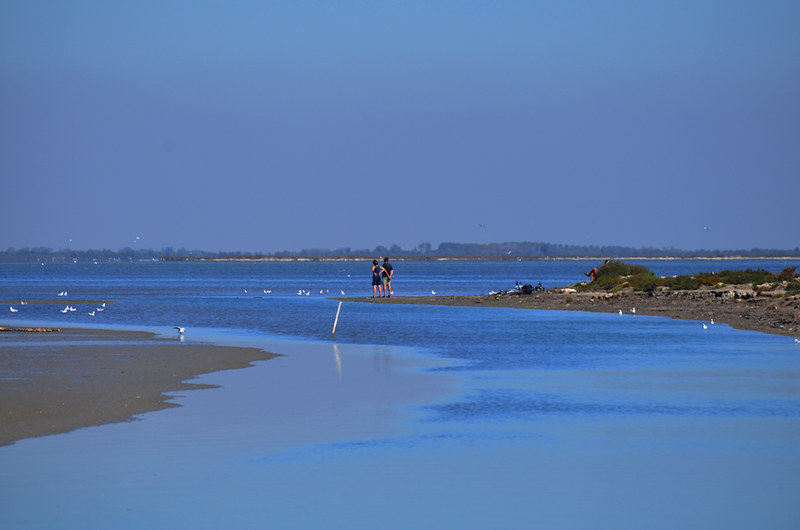 Flat lands usually don’t do it for me – too characterless a landscape. The Camargue was different. There was something about this expanse of land that captured the gaze and sent it into a dreamy trance.

Because there has to be a Flamingo 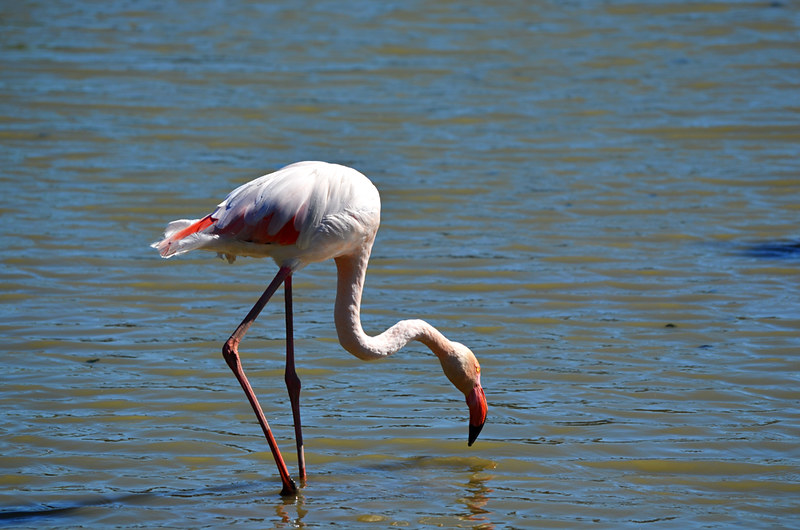 No bulls, no gypsies, no white horses (they are in another post) but there has to be a flamingo. Flocks of these oddly beautiful birds add an exotic element to a land that is ripe for inclusion in a juicy novel about murder and mystery set in a imagination inflaming location. Caravan to Camargue has a nice ring to it.