It’s probably fair to say that the majority of visitors who are drawn to the magic of the Italian Lakes prefer to view the mountains from the safety and comfort of their lakeside hotels and the windows of their tour buses. But for those of us who like to pull on the hiking boots and get up close and personal with nature, its breathtaking scenery and variety of terrain provide some of the best hiking in Europe. The walking season is spring to autumn but if there has been heavy winter snowfall, April and May can still have snow at upper levels and some paths may be impassable. 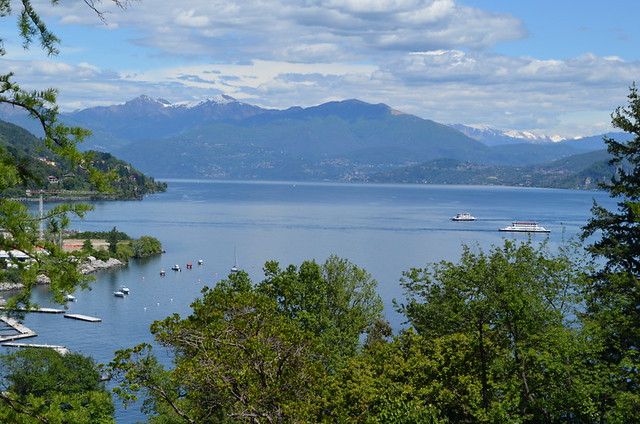 A fascinating fusion of Alpine and Mediterranean landscapes provide the backdrop to the many lakes that punctuate northern Italy, and each one has its own character and personality. From the crystal clear waters of little Lake Ledro and the Roman spa towns of Lake Garda to the magnificent Lake Maggiore with its Riviera feel and its fabled Borromeo Islands, there are trails to suit hardened mountain trekkers and leisurely lakeside amblers alike. With the sort of superb cuisine that only Italy can deliver and accommodation options that run from budget B&Bs through rural farmhouses to five star luxury, end of day pampering is the guaranteed pleasure your limbs have earned.

Walking from Enguiso to Cima D’Oro via Bocca di Trat
An important defensive line during the First World War and heavily guarded by the Austro-Hungarian army, the Bocca Di Trat mountain pass contains the remains of a trench, barracks, cave lookouts and some tunnels. Poignant reminders of the cost of defending the Alpine Front. 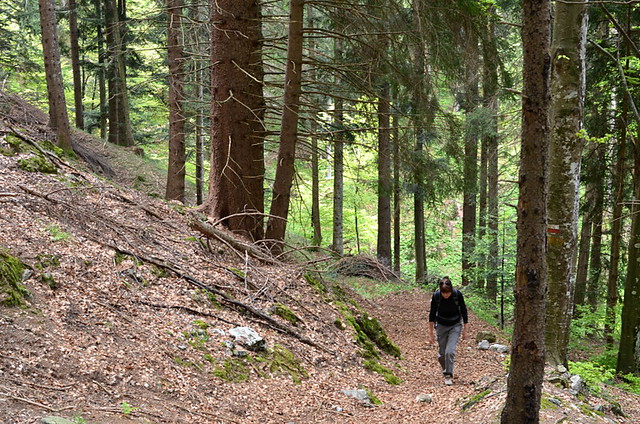 Ascending incessantly through the sun dappled forest of the Trentino mountains above Lake Ledro we hear a cuckoo call. It’s our first Italian cuckoo and its distinctive call accompanies us ever upwards through the scented terrain towards the snow line of Malga Trat. When the ascent finally levels off, we make good progress along Bocca Di Trat, following the contour of the mountain.

Arriving on the sun drenched terrace of Refugio Pernici, we stamp the snow off our boots and head inside to the restaurant which is warmed by the glow of a wood burning stove and infused with the aroma of home cooking. We ask if the Cima D’Oro route is passable and are told it has still got too much snow to be safe. The heavy and late snowfall this winter still lies thickly across crevices in the rocks making it impossible to see where it’s safe to tread. Maps are brought out and an alternative route back to Pieve di Ledro is found which, if taken carefully, should be passable. 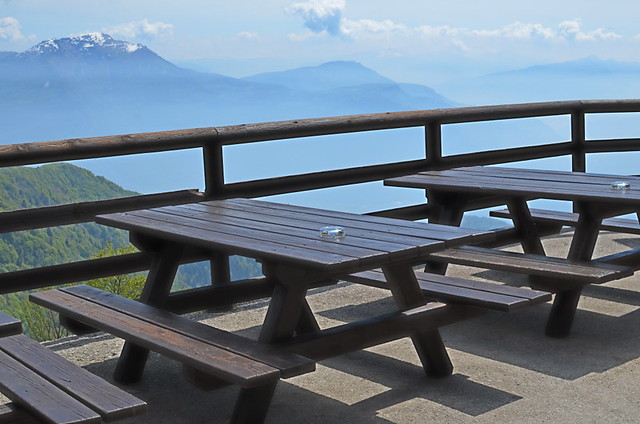 From the Rifugio, the snow and ice on the path becomes thicker and, aided and abetted by avalanche debris, progress is slow. But the views that accompany us are so stunning that it’s impossible not to stand and stare every few metres. Below, Lake Ledro shimmers like a pot of liquid sapphire below the vibrant, green slopes of the Ledro Valley, and in the distance we can just make out the north shore of Lake Garda. As we negotiate the mountain path to Bocca Saval, we pass caves used during the Great War, a stark realisation of how grim conditions must have been during harsh winters, the bitter cold adding its weight to enemy forces.

For a while it becomes impossible to see any path as we trudge, ankle deep through snow, following instincts and the occasional marker on a tree above the snow line. But as we begin our descent, white is quickly replaced by a delicate carpet of blue gentians, purple saxifraga and swathes of crocuses.

Walking routes in the Italian Lakes
For hikers, the mountains offer the greatest challenges and rewards but there are endless trails at lower levels that send vistas exploding onto your retinas, like the Ponale path, carved into the rock face by the military and now providing a stunning walking and cycling path with plunging views down to Lake Garda and Riva Garda. Alternatively, climb to the Montecastello Sanctuary on a platform in the sky above Lake Garda or to the chapels of Sacro Monte high above the shores of Lake Orta. 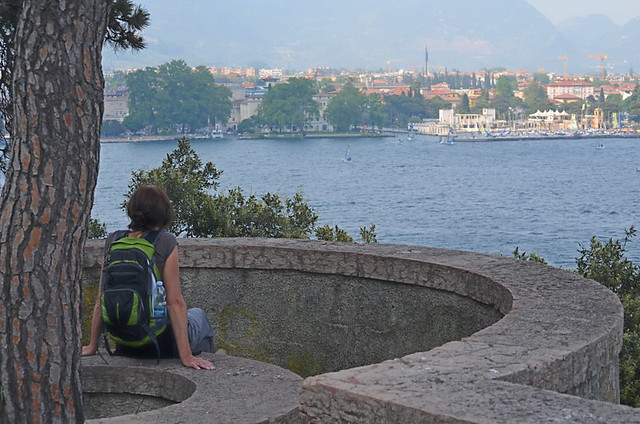 From the lovely Gargnano on the shore of Lake Garda, we walked to the Belle Epoque village of Gardone along country paths bordered by olive groves and through the beautiful Toscolano valley that once housed paper mills and now attracts fishermen and butterflies to its tranquillity. Around Lake Maggiore you can ascend 800 metres to the summit of Cima Di Morissolo for wide screen views back over the lake, or hike the coastal path from Cannero to Cannobio passing a deserted village and ancient frescoed church en route, to return to Cannero by boat. The possibilities are endless. 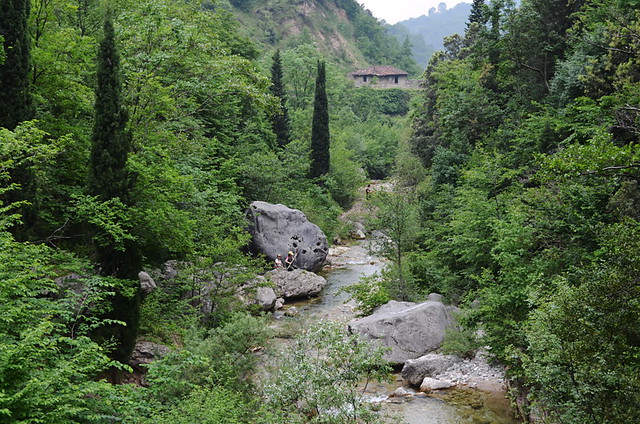 Those who prefer a more leisurely terrain will find interest and beauty to fill the camera’s memory card in the proliferation of paths that explore the islands of Isola Madre, Isola Bella and Isola dei Pescatori on Lake Maggiore; the stunning and virtually traffic-free island of Monte Isola on Lake Iseo and the monastic San Giulio on Lake Orta. At Lake Iseo, wine lovers can take to the trails of the Franciacorte vineyards while nature lovers will find green paths through Torbiere nature reserve alongside. Or simply stroll the lake shores and charismatic streets of impossibly pretty towns and resorts. 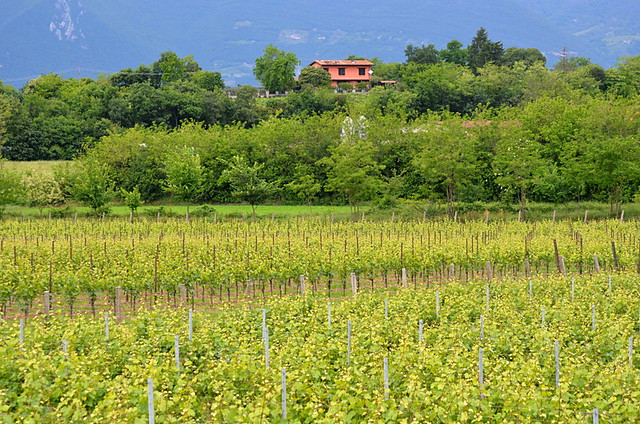 Where to stay in the Italian Lakes
There are multiple choices to suit budget, location and style preferences. These are just the places we have stayed in:

Top notch
Hotel Baia d’Oro, Gargnano –  quintessential Italian style and cool on the waterfront of Lake Garda where breakfast on the terrace alongside the hotel’s landing stage is an experience not to be forgotten.
Villa Kinzika, Sale Marasino –  old school luxury and a first class restaurant on the shore of Lake Iseo in strolling distance of the ferry to Monte Isola.
Relais Mirabella, Clusane sul Lago – romance and pampering in the hills above Lake Iseo with a superb restaurant and an outdoor terrace with panoramic lake views.
Hotel Al Sorriso, Soriso – one for gourmets to enjoy its outstanding, two Michelin star restaurant and extensive wine cellar without having to drive home afterwards.
Hotel Cannero, Cannero – Riviera setting and style with oodles of history and character and flawless service, in an idyllic, lakeside setting on Maggiore. 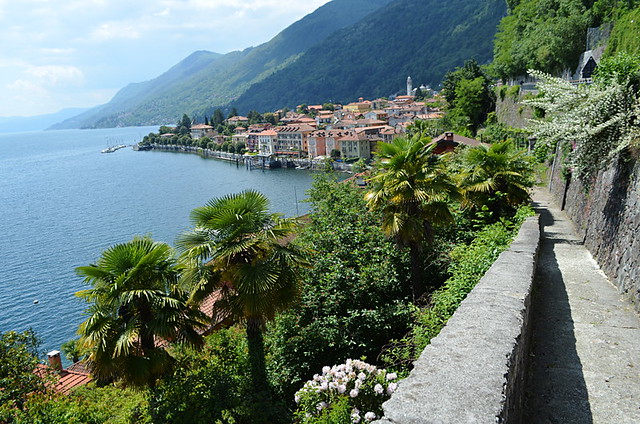 Mid range
Hotel Garden, Pieve di Ledro – family run lodge close to Lake Ledro and perfectly placed for the Cima d’Oro and other stunning routes. Cosy and comfortable with über friendly service and beautiful gardens.
Hotel Belvedere, Isola di Pescatori – leave the world behind and escape to your own island in this wonderfully laid back, contemporary hotel on Lake Maggiore. The hotel highlight of a trip crammed with highlights.
Hotel Simplon, Baveno – comfortable and spacious, set in extensive parkland and gardens alongside Lake Maggiore with gallery walkway access to the excellent spa of its sister hotel, Hotel Dino. 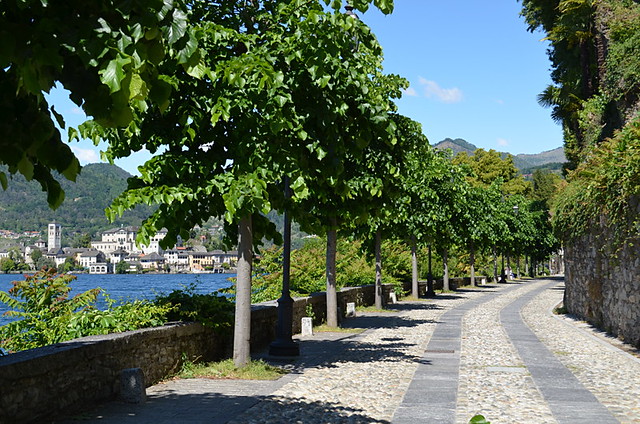 Budget
Sole La Fenice, Vesio di Tremosine – hub of village life in Vesio with a good restaurant and a lively, local bar. What rooms lack in style and space they make up for in fabulous views over the Tremosine Plateau to lake Garda.
Hotel Torre Imperiale, Maccagno – characterful historic tower with comfortable, contemporary rooms, in a great position on the eastern shore of Lake Maggiore.
Agriturismo Al Motto, Verbania – rural accommodation in a farmhouse with a mini zoo of  lynx(!), a stag and owls. Rooms are in a new building and have masses of floor space and enough beds for four adults and two children. Good, home cooked food and happy, friendly staff. A great place for hikers and families.

On the map
The best walking and hiking maps are the Carta Escursionistica Transfrontaliera series produced by the Club Alpino Italiano and available to buy online from Stanfords and other good map stockists.