I’d forgotten just how pleasing to the eye Scotland’s lowlands are. Chartreuse hills flowed in waves to the hazy silhouettes of gentle hills topped by bushy firs; a sundown scene which managed to mix soft pastel colours with vibrant strokes. Despite spending school holidays on my aunt’s farm near Newton Stewart in Dumfries and Galloway – building forts out of hay bales, helping with the lambing on sunny spring days, and swimming in the Bladnoch – the region’s obvious charms had completed slipped from my memory banks. 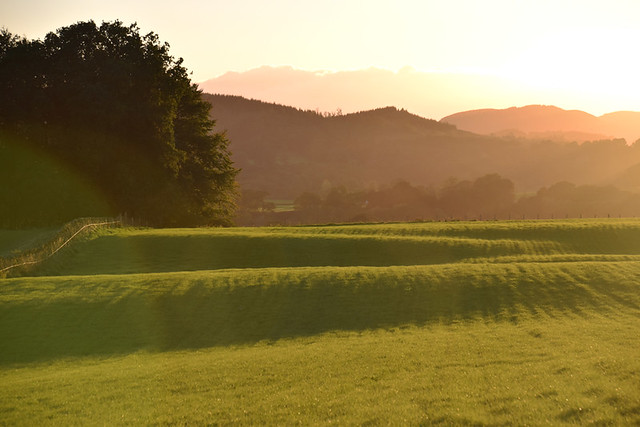 Hiking and dining around Thornhill
On a short walking route recommended by the Trigony House Hotel we followed country lanes and cautiously crossed fields populated by curious cows and pudgy-faced Texel sheep to reach an exquisitely beautiful and evocative little spot which was the location of a covenanters’ (Scottish Presbyterians) graveyard. Tucked into the corner of a field, Dalgarnock graveyard is also home to a simple cross which commemorates the 57 Nithsdale Martyrs, victims of religious persecution during a dark period of Scottish history known as The Killing Time. Our return path took us not only directly back to the hotel but to our room, which had its own mini conservatory leading directly onto the garden. It was especially handy for removing muddy boots whilst sitting on a rocking chair, face warmed by dappled sunlight, before entering our cosy room with its roll top wooden bed and tasteful Scottish décor. 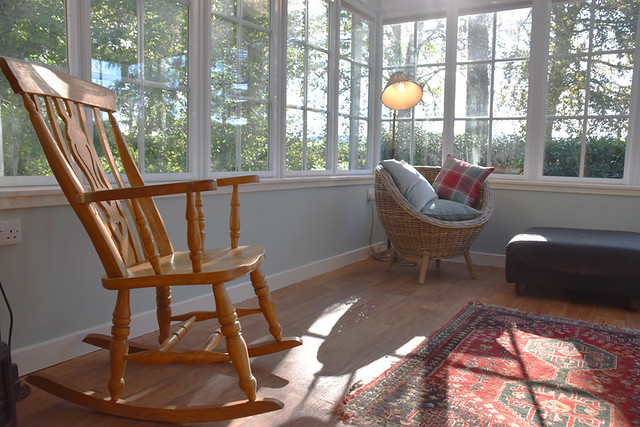 Located near the village of Thornhill, Trigony House is a friendly (to dogs as well as people, there’s even a dog-washing area in the courtyard) rural hotel surrounded by woods and fields. Although the appearance is one of stately country house, the atmosphere is relaxing, casual and exceedingly comfortable. A chilled Prosecco aperitif, sipped whilst lounging in leather sofas in a snug lounge, set us up nicely for a dinner featuring a feast of mainly locally sourced flavours – venison parfait, celeriac and rosemary soup, Shetland salmon with Solway mussels, and five spice scented roast breast of Barbary duck. We’d only been in the area for a handful of hours and yet it felt like we were back in the hospitable company of an old friend. 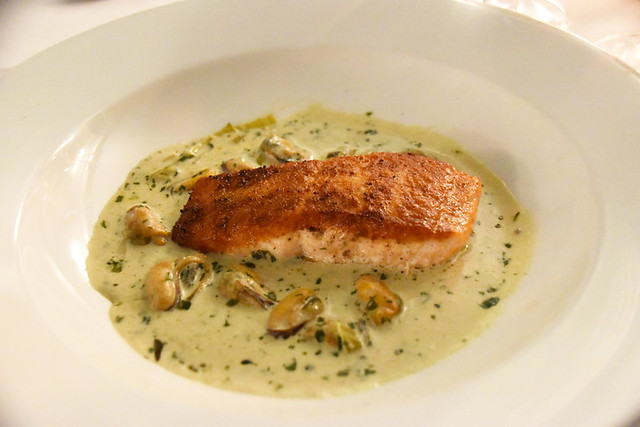 The following morning, with the weather gods still smiling on us, we headed into the southern uplands to the hamlet of Durisdeer tucked into the folds of the Lowther Hills. Like many locations we visited in Dumfries and Galloway, places which had once held strategic/economic importance had slipped quietly from view; overlooked by most visitors as they focussed on getting to Scotland’s more romanticised Highlands and islands. Whilst Durisdeer is a pretty enough hamlet in itself, what drew us to it was a walking route which included an old Roman way and what had also been the turnpike road to Edinburgh up until the beginning of the 19th century. 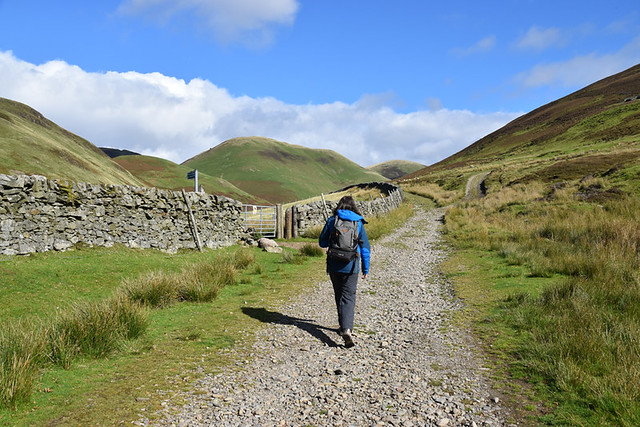 As we climbed into a narrow valley flanked by hills, whose barren slopes were brightened by a vibrant patchwork of earthy colours, a bevy of plump-breasted creatures with spindly legs skittered anarchically along the path just ahead of us.
“Ah, it’s always great to see haggis in the wild,” I remarked to Andy, who was having none of it.
The path took us into a boggy glen to pass a Roman fortlet described as one of the best preserved of its kind in Britain. To our untrained eyes we’d describe it more as an unremarkable grassy mound. The path climbed gradually to a saddle and a gate where what looked like a scallop shell, a symbol of the Camino de Santiago, had been carved into a concrete post. It turns out the road was once part of a pilgrim trail, linking Edinburgh with Whithorn. 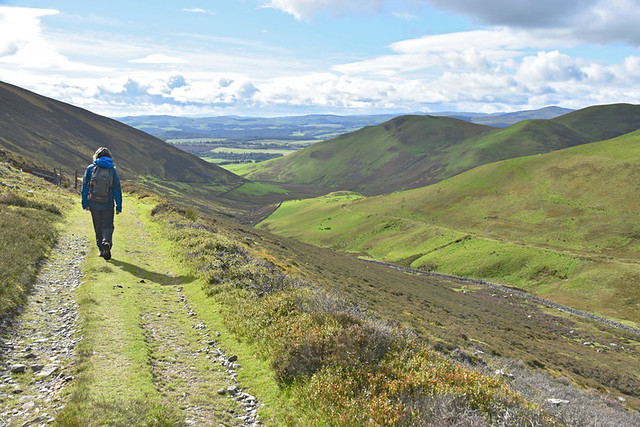 At that point we turned back towards Durisdeer and the scenery opened up in front of us – the V of the valley directing our eyes to an expansive, open countryside of low hills, forests and farmlands of multitudinous shades of green. A land you could describe as almost placidly pastoral but yet also unspoilt and virtually empty of buildings, save for a scattering of white cottages with slate tile roofs – it was a scene to have landscape artists enthusiastically assembling their easels. It occurred to me this was a vista which probably hadn’t changed very much at all since James IV walked this way in 1497. 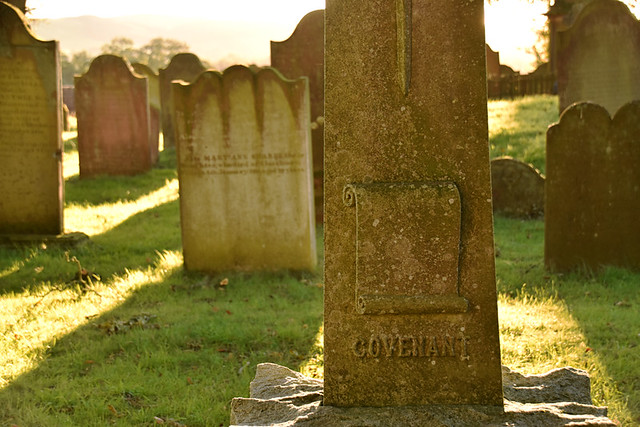 It’s an area so rich in history it felt as though the past was virtually within touching distance; if we reached out we might actually feel the presence of ghosts as they tread the old road. And yet the only other living creatures we’d seen all morning had been a pair of local dog walkers, black-faced sheep clinging to the valley’s slopes and that frantic flock of neurotic haggis.

Tips and advice for hikers of all levels

When it comes to tips and advice for hikers, whether anyone is new to walking in the countryside or has notched up thousands of kilometres on the trail, there is always something new to learn. […]

Gastronomy and Restaurants on Fuerteventura

As we walked our way across Fuerteventura we found a stomach-pleasing mix of restaurants and cafés that were a mix of cheap and cheerful, upmarket traditional and… […]