“They brought us bread, cheese and marmalade without us ordering it, and we were naive enough to accept it as we were hungry. In the end, we spent almost 10 euros on that…” 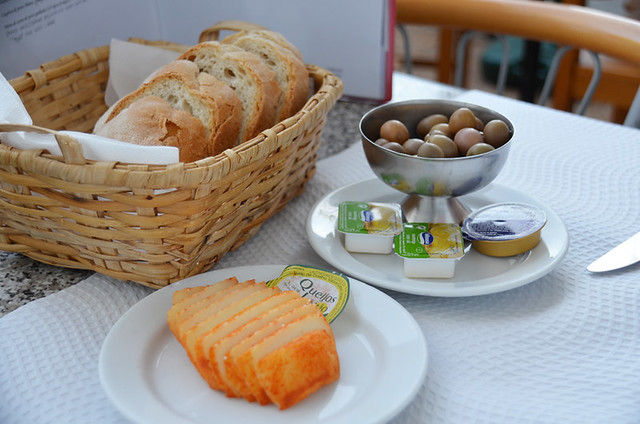 Anyone who has read any Tripadvisor restaurant reviews for Portugal should have seen a variation of the above at some point. Lots of people complain about being ripped off.

That’s simply not the case.

Mostly it’s a misunderstanding caused by a lack of knowledge on visitors’ parts of dining practices in restaurants in Portugal. 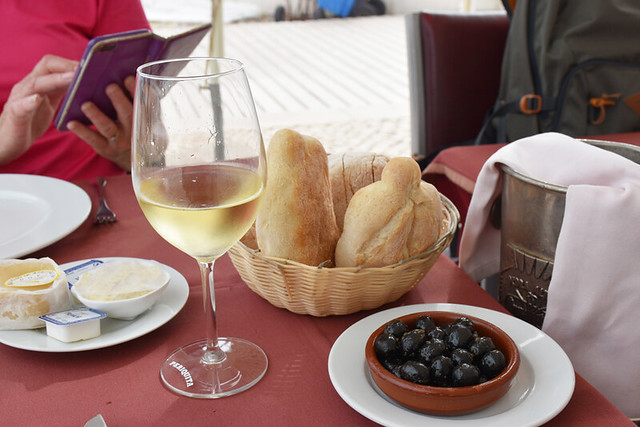 What is a couvert?
The couvert is a selection of small dishes designed to whet the appetite whilst you peruse the menu. The most basic/common couvert involves bread, olives and a local cheese. Often a small tub of sardine or mackerel pâté is involved. In coastal areas there might even be an octopus salad.

In more contemporary restaurants the couvert might be a tad more adventurous, we had (and loved) cumin carrots as part of the couvert at Origens in Evora recently. In other places we’ve had salted herbs, flavoured butters and olive oil (usually with balsamic vinegar). In one place we had sweet potato crisps. 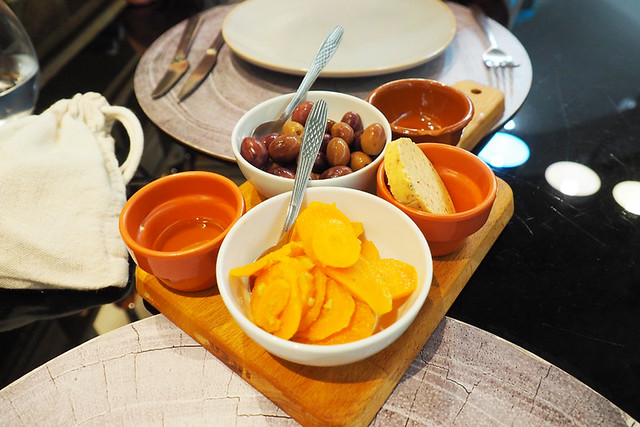 None of it is complimentary.

How does a couvert work?
This is partly where the confusion seeps in. The first time we encountered a couvert was in Porto when a waiter brought a tray of small dishes to our table. We weren’t sure if they were a complimentary amuse-bouche or we’d have to pay. As there were a few little ‘dishes’ involved we figured the latter and turned them down, especially as one involved mussels which looked as though they’d been around the block a few times. 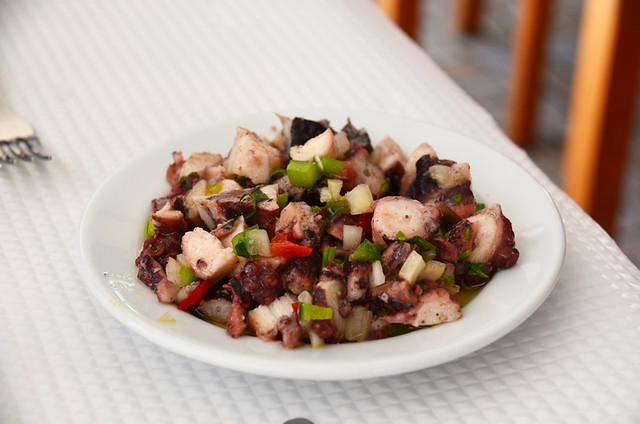 The next time the dishes were already laid out on the table we were shown to. The waiter explained what they were and told us to simply tell him if we wanted any.

At other times we haven’t been offered a couvert, but it has been listed on menus.

And that’s the way it tends to be – either the couvert is already on the table; a waiter will bring you the couvert (sometimes they’ll ask, sometimes they don’t); or, if you fancy some pre-meal nibbles, you might have to be pro-active and ask. 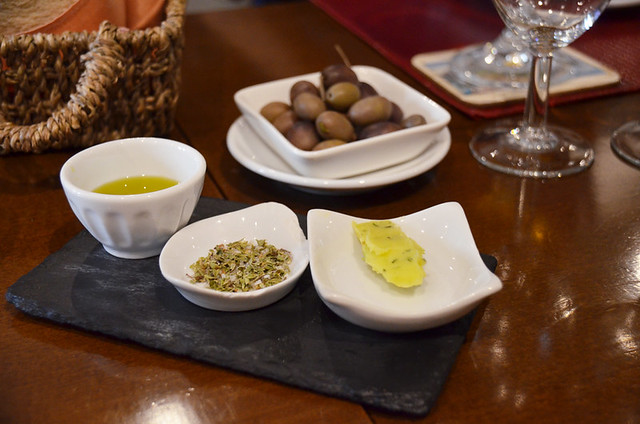 Although a law was passed in 2012 which states restaurants should make it clear when a couvert is being offered and how much each item costs, in our experience this doesn’t always happen. I don’t believe there’s any attempt to mislead diners, more of an assumption everyone knows what the drill is, because everyone who isn’t a visitor does know. In theory, diners would be within their rights to not pay for a couvert when it’s been offered and they haven’t been told how much it would cost. I’d be far more suspicious of the integrity of any diner who played that card than any restaurant which didn’t follow the letter of the law. The casual approach to dining out in Portugal is something that makes it so enjoyable. 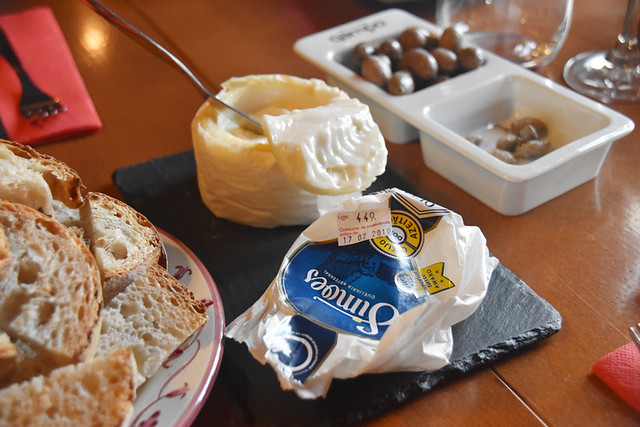 How much does the couvert cost?
Simply put, not a lot. At a quite upmarket restaurant in Setubal we pay €3pp for the couvert. Bread on its own is €1, and sheep’s butter is also €1. At a more traditional restaurant the prices are €1.20 for bread, €0.80 for olives, €1.20 for pâté, and €.80 for butter. Those are pretty consistent with what we’ve experienced elsewhere. At most, it adds a few Euros to the bill.

Subsequently, we rarely check how much the couvert costs. We haven’t been ‘surprised’ by what restaurants have added to the bill yet. 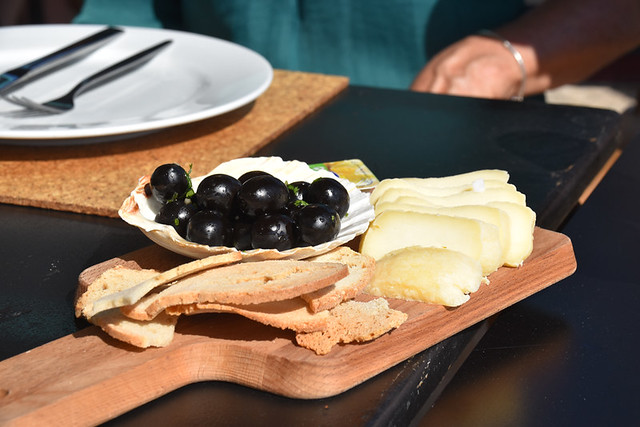 However, when the couvert consists of other dishes, it’s worth checking prices. Offering a local cheese is common, and this can bump the price up. We often accept the cheese as it’s a good way to try quality cheeses that are a local speciality. In and around Setubal, the cheese offered is quejo de Azeitao – all gorgeous, pungent, runny deliciousness. It’ll add around €5/6 which might seem a lot, but actually represents decent value when you know how much it costs in the supermarket.

We’re big fans of the couvert, we like having things to pick at whilst we wait for our meal. Initially we felt awkward about handing dishes back (hello, we’re British). Now it’s second nature. Sometimes we go full couvert, at other times we only opt for the bread and olives. It all depends on what’s coming next… and how greedy we feel.