“The journey, not the arrival matters.” – T.S. Eliot

At certain times travel quotes spouted loosely and freely by some in the travel writing world pop into my head to buzz around like annoying flies. This one prodded at my brain as I stood in line waiting impatiently to go through security at Lisbon Airport, watching the clock tick down to my boarding time as a woman in front held up the queue by doing a great impression of a human Russian doll. Every time she took something off, the security guard spotted another potentially dangerous layer underneath.

Often the journey can be tiresome.

T.S. Eliot wasn’t talking about a journey of this kind anyway, which is just another one of the things which irritates me about the casual overuse of travel quotes. I groan every time I see examples of second-hand, off-the-peg travel wisdom.

I’m not a great traveller. Up to a point I’m anxious about the various steps I have to take before I get to the place I really want to be i.e. The Destination. There does come a time when I relax and enjoy it, but there’s a lot of hand-wringing before I reach that moment of satisfied sighing.

We specialise in writing about Slow Travel; there are not a lot of Slow Travel ingredients when it comes to jumping on a plane to foreign shores – a process which often involves being treated much the same as livestock on a farm. It must have been very different in bygone days, when getting from A to B was such a leisurely affair that crime writers could weave a complex murder mystery around the journey.

But even in this fast-paced world there are journeys where I actually do relish the voyage; where it might be a means of getting from A to B but it’s one which gives an insight into a specific location. 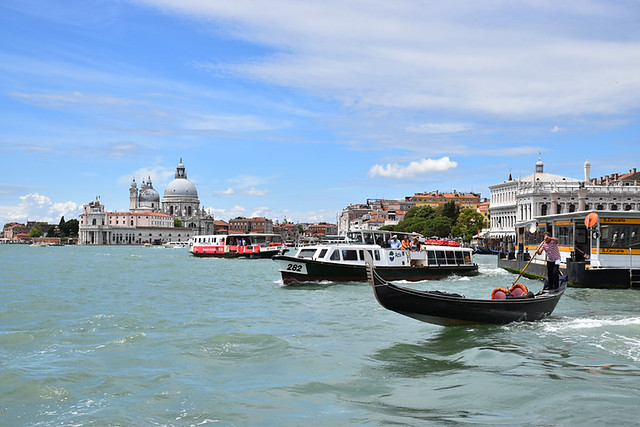 It’s a sultry afternoon and the sullen Venetian woman next to me wants to close the window which is keeping us fed with life-giving air. The water bus taking us from the airport to the heart of Venice churns up a spluttery wake of lagoon spray which cools us but concerns her. She mimes aggressively at a German girl next to the window who obligingly closes the window… for five minutes. She opens it again just as we’re all in danger of passing out. The Venetian woman huffs and puffs her frame to moan at a crew member who gruffly orders the German girl to close the window. Now it’s our turn to huff an puff. Ours is the only window on the packed water bus which is shut. However, outside the scratched glass egrets cool their long legs in jade water as earthy dykes are replaced by rows of elegant Venetian buildings teetering on the edge of busy canals. I smile at the sourpuss of a woman. This is exactly how I want to arrive in a grand old city built on the water. 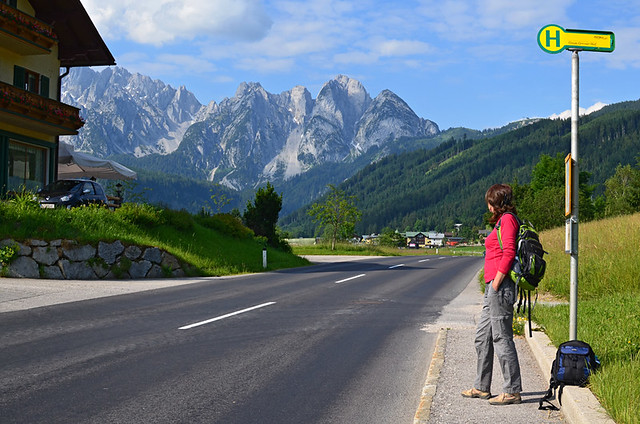 We sit on the grass verge opposite our hotel, a traditional Austrian affair with sloping roof and carved wooden balconies from which a profusion of flowers cascade. It’s run by sisters with bubbly personalities who make each night at dinner a lively social affair; they are the affable thread which binds us to guests we wouldn’t otherwise engage with. We’re not quite in the middle of nowhere, more off to one side. As a result we have to catch something called a postbus, which delivers both people and mail around rural areas. There are only a handful of other passengers on the bus (I can’t actually spot any mail). It feels warmly nostalgic, evoking memories of going out with my dad as he made early morning postal deliveries to the rural parts of Bute, one of them being to the lord of the island, the Marquess. We trundle past wide green pastures bordered by shaggy pines as we drive deeper into a ravine where neat meadows give way to a granite mountain backdrop and the sun’s first rays act like a curtain being drawn back on a sparkling jewel, Vorderer Gosausee. The bus delivers us to the side of the lake but our journey isn’t quite at an end. We’re just in time to catch the first cable car which glides silently upwards; Austria’s hills, lakes and pastures unfolding below us. It feels as though we could be hitching a lift with the sun itself. 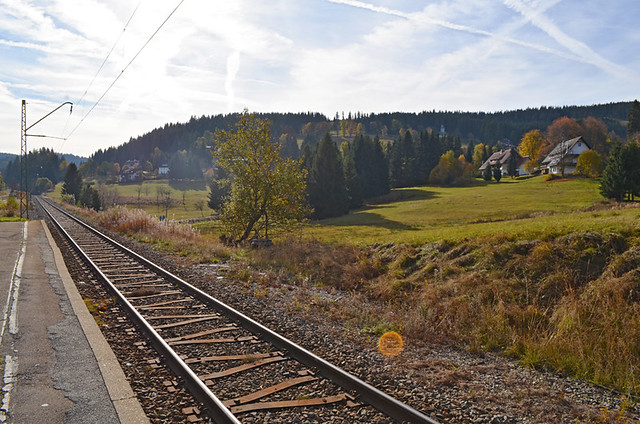 We travel through the Schwarzwald (Black Forest) like kings and queens with no need for such vulgar things as notes and coins. Waiting for a train to Schluchsee on an icy morning, we know we don’t have to extract hands from warm pockets in order to fumble for change to buy a ticket. Instead we can remain bewitched by a tree with flame-coloured leaves which pops out from the frosty landscape. Once we’re seated on board the cosy train the conductor will merely nod respectfully as she passes us. We hop on and off trains at will between Hinterzarten and Kirchzarten, no need to figure out if we have left ourselves with small enough notes and not just ones which will result in weary eye-rolling when we hand over a sledgehammer to crack a nut. Our only concern about catching a bus to Schauinsland is how often it runs. We turn up at the station just as one is about to leave and jump on without having to worry if we have enough money for the fare. We don’t require money as we have a magic wand called a KONUS Gästekarte; a tourism initiative which gives visitors to the Black Forest free use of public transport services. It makes travelling around the Schwarzwald a hassle-free pleasure. The Germans are so good at this sort of thing.

A road trip and then some 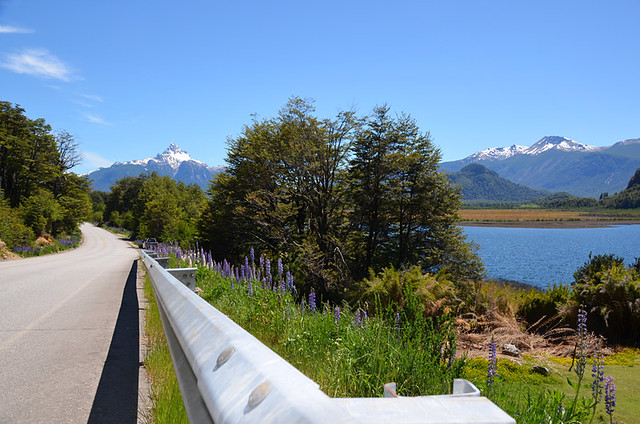 Tackling Chile’s Carretera Austral two ways from Coyhaique to Tortel via Cochrane, Chile Chico, Quelat, and Guaydil is, on paper, a daunting prospect. We’ve over 1000km to cover on a road which for great sections is no more than a dirt track full of potholes. The long journey involves driving through semi-tropical forests, across barren plains, alongside endless lakes, past brilliantly white glaciers, and up and down snaking mountain roads where pebbles make the surface like driving on marbles. Added to that there can be hundreds of kilometres between towns… and petrol stations. Parts are closed for hours each day and all our provisions are piled onto the back seat of a battleship grey Mitsubishi Pick Up whose chunky bulk growls confidently “don’t worry, I was built for precisely for this task”. To shamelessly paraphrase from a favourite film, there are 206 kilometres to Quelat, we have a full tank of gas, half a pack of Pringles, it’s not dark and we’re wearing sunglasses. Have I ever experienced such a feeling of exhilarating freedom on a trip? Not even close.

Chilling in the Canaries 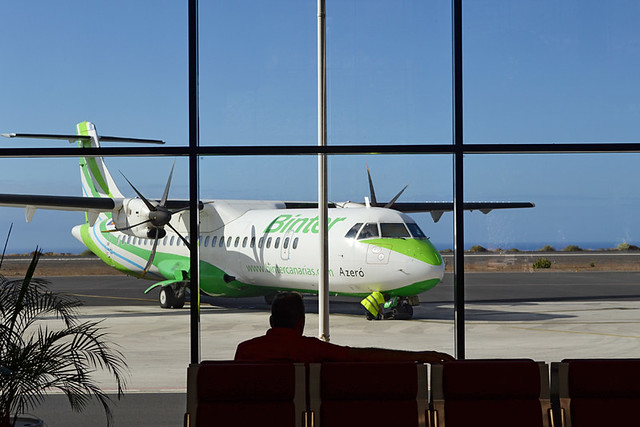 The guard takes out the long metal object in my bag and holds it up, an inquisitive smile on his lips.
“Llave grande, casa pequeña (big key, little house),” I say with a shrug of the shoulders.
He laughs and waves me through. It must have taken under five minutes from checking in to being in the departure lounge at Tenerife North Airport. Some people leave it till the last minute before turning up at the gate as the last passengers are about to board. They treat it like it’s no different from catching a bus. It’s a casual, relaxed approach to flying between islands. We saunter across the tarmac to the waiting plane, its two propellers make this feel more like old school travel, and grab whichever seats take our fancy. There are no numbers allocated – which can cause a bit of confusion when some Canarios have to travel on a ‘big’ plane. The mayor of Santa Cruz slips into the seat behind me; politicians and business people make up the bulk of passengers on these early morning flights. We take to the skies and veer west, the ever-impressive Mount Teide filling the windows on the port side. As we briefly level out the stewardess serves the in-flight snack, a Binter biscuit (worth catching the flight for) and a cup of water. I’ve hardly time to wipe the chocolate from around my mouth before the plane begins its descent into La Gomera’s Airport. We stroll off the plane and into baggage reclaim where, within a few minutes, our luggage appears on the one carousel. Barely an hour has gone by from us passing through security on Tenerife to stepping out of the calm arrivals/departure hall on La Gomera. I love island-hopping on Binter planes.

A Taste of Carnival on Tenerife

Carnival (‘carnaval’ in The Canary Islands) on Tenerife in February might seem a long way off, but anyone with a yen to immerse themselves in the hedonistic hotbed that is one of the most flamboyant and fun carnivals on the planet better start… […]